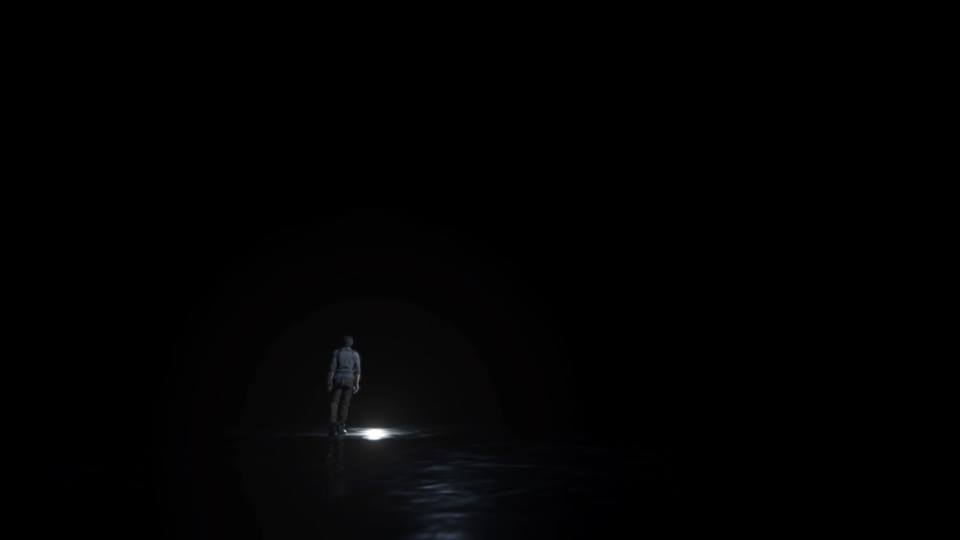 It isn’t too far a stretch to suggest that Shinji Mikami and Tango Gameworks’ The Evil Within was a polarising game when it released back in 2013. Highly-stylised (arguably too much so) and a smorgasbord of many different gameplay ideas that never really fluently worked, the common consensus was that it offered glimpses of greatness that were bogged down by strange design choices and a lack of cohesion.

After a few hours with the original, I walked away and never looked back – I could see what it was trying to do, but its execution felt botched and as if it had an identity crisis. Thankfully, The Evil Within 2, the sequel that many didn’t think would happen, knows exactly what it is: a fluid, engrossing venture into the macabre that’s one of the best survival horror games of the year. 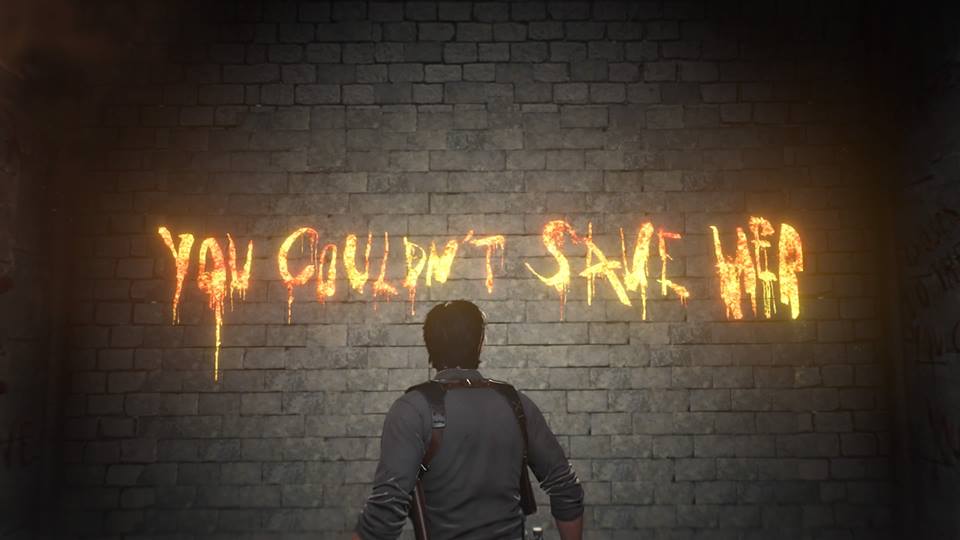 Taking place after the events of the first game with the grizzled Sebastian Castellanos again subjected to some good old-fashioned trauma, The Evil Within 2 could have quite easily gone further down the leftfield, but shows much more restraint. Its story is still weird and a little (okay, a lot) unbelievable, but its appreciation of simpler, more traditional themes of family and loss goes a long way towards making it a far more engrossing experience.

“…the gamble by Tango Gameworks and director John Johanas to make The Evil Within 2 more approachable pays off in a big way.”

Following his harrowing time in Beacon, a simulated world powered by STEM which is very real to those living inside it, Sebastian is a drunk and washed-up cop. Waking up in a bar after having a nightmare about his presumed dead daughter, he is informed by his ex-colleague, Kidman, that his daughter, Lily, is alive, but not quite well. Kidman reveals that Mobius, the nefarious group behind STEM, kidnapped her to serve as the Core for Union: a new STEM world. Trouble is, she’s gone missing inside Union, so Sebastian becomes her only hope and “plugs” back into STEM to save her. So far, so hard to follow, but if you think of this unusual backdrop as the horror version of The Matrix and just go along with the mad ride, your enjoyment of The Evil Within 2 will be all the better for it. 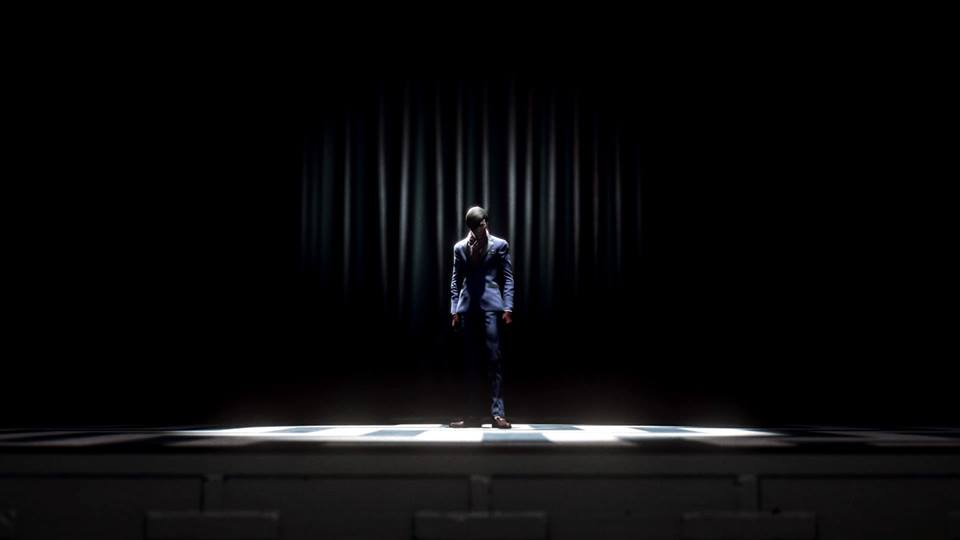 Once he’s inside Union, Sebastian discovers it’s not the idyllic postcard town that Mobius had designed it to be. Its inhabitants have become crazed, zombie-like creatures referred to as The Lost, and a pretentious artist with a penchant for murder is taunting Sebastian at every turn. Oh, and there also happens to be monsters made of limbs from corpses – this is a survival horror game, after all.

However, whereas the original game was very much a classic survival horror that favoured stealth over action, The Evil Within 2 is a more contemporised, streamlined affair. As much as some may rally against homogenised gaming -where developers borrow heavily from one another to create contemporary conventions- the gamble by Tango Gameworks and director John Johanas to make The Evil Within 2 more approachable pays off in a big way. 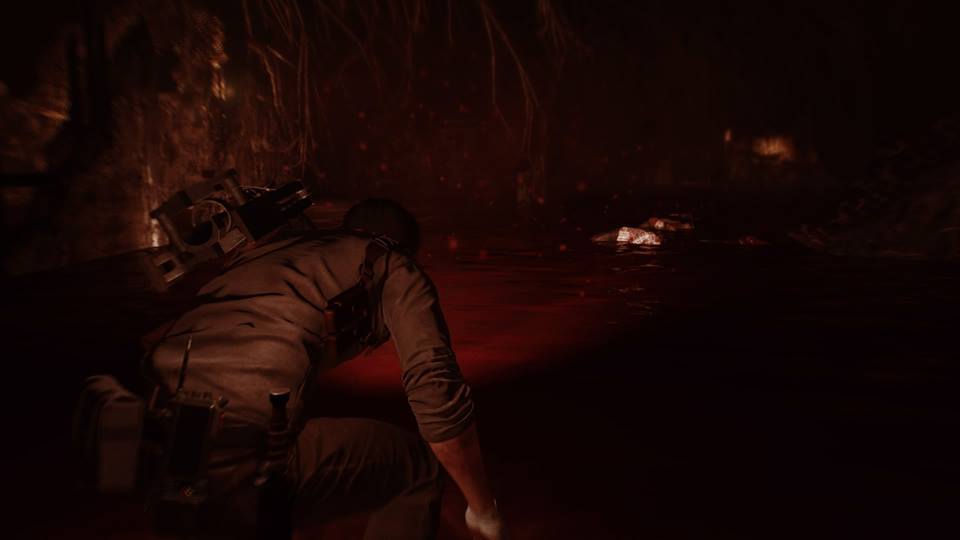 The most substantial change for The Evil Within 2 is its approach to how it lays itself out. While it still has plenty of linear sequences, it’s an altogether more open nightmare. Instead of being punted from hallway to hallway, Sebastian can now explore across the game’s dense and dangerous town – if he dares. In the game’s early hours, it’s like an extended version of Resident Evil 4’s iconic opening sequence; the deformed townspeople want Sebastian dead and are out in force. Considering how underpowered Sebastian is to begin with, you’ll be spending plenty of the early goings with The Evil Within 2 just struggling to stay alive, skulking from one safehouse to the next and collecting anything useful you find along the way.

It’s invigorating to feel so vulnerable, to not immediately be able to blow the hordes away with a shotgun. Rather subtly, The Evil Within 2 nudges you into exploring what Union has to offer, so you’ll be spending hours upon hours covering every inch of the fantastically-realised environments for anything that might help you. I spent my first five hours or so just collecting supplies, stealthily dispatching of enemies, and completing sidequests – yes, there are sidequests, and they somehow work really well. 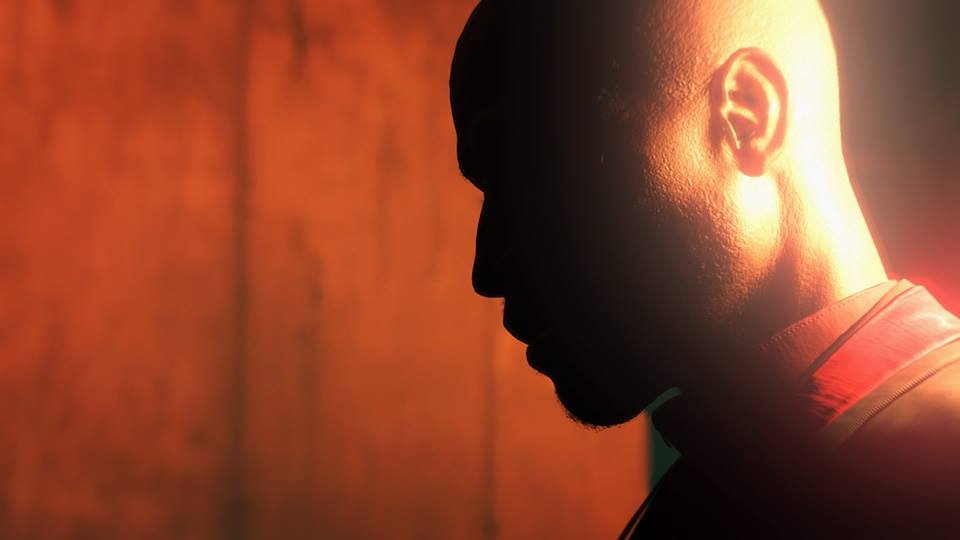 They’re fairly varied, not once giving the impression that they’re tacked on for the sake of buffing up the game’s playtime. In fact, some of them are more compelling than the main loop of the game, getting you to save a beleaguered man on top of a truck one second to confronting Sebastian’s internal demons the next. There’s a lot of surprising depth to The Evil Within 2: my playthrough lasted for just under sixteen hours by the time the credits rolled, but you could rack up about twenty-five hours or so if you did everything the game has to offer.

“It’s invigorating to feel so vulnerable, to not immediately be able to blow the hordes away with a shotgun.”

As for the meat of the game, The Evil Within 2 takes you through the gamut of the gross and the quietly profound across its seventeen chapters. It strikes a fine balance between being outlandishly silly and totally earnest, having Sebastian try to find his daughter and himself in the process while also fighting demented cult leaders and gigantic deformities. It’s a wild ride. 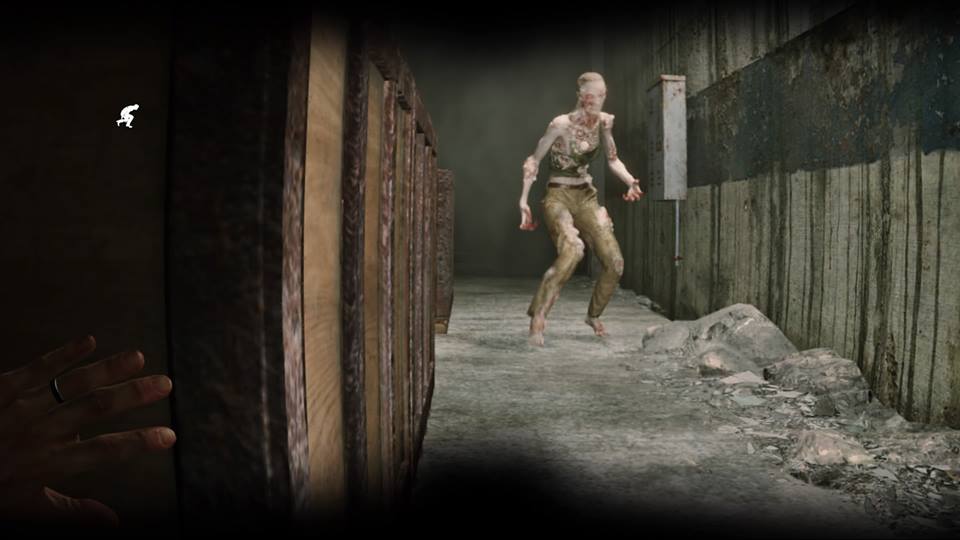 Rather than keeping the action to a single hub world, The Evil Within 2 smartly mixes the formula up with new areas and enemies regularly. Union is crumbling to pieces due to the chaos, so Sebastian has to travel to other areas by going through the Marrow, which, rather than acting as an extended loading scene, also provides unique changes in the gameplay. An early sequence in the Marrow switches the action to first-person with Sebastian unable to use his weapons because of a gas leak. The surprising switch-up is one of the tensest moments in the game, which The Evil Within 2 is full of. It’s not quite a scare-a-minute affair, but my entire body has cramp from how much I tensed up during my time with the game.

The weaponry to fend off The Lost and Union’s egomaniacs are standard for survival horror: pistols, shotguns, flamethrowers, and so on. One of the original’s saving graces, the Warden Crossbow, also makes a return, allowing Sebastian to strategise and plan out his attacks thanks to its various “modes”. The standard harpoon is decent for stealthy affairs, though the sometimes unreliable aiming and impatient enemies can provide some frustration. It’s with the weapon’s other modes, such as the Shock Bolt or Explosive Bolt, that you’re incentivised to have some fun. A favoured tactic of mine was to use the Shock Bolts as tripwires to stun enemies while also laying down Explosive Bolts so that any enemy who didn’t get shocked would get the worse deal instead. 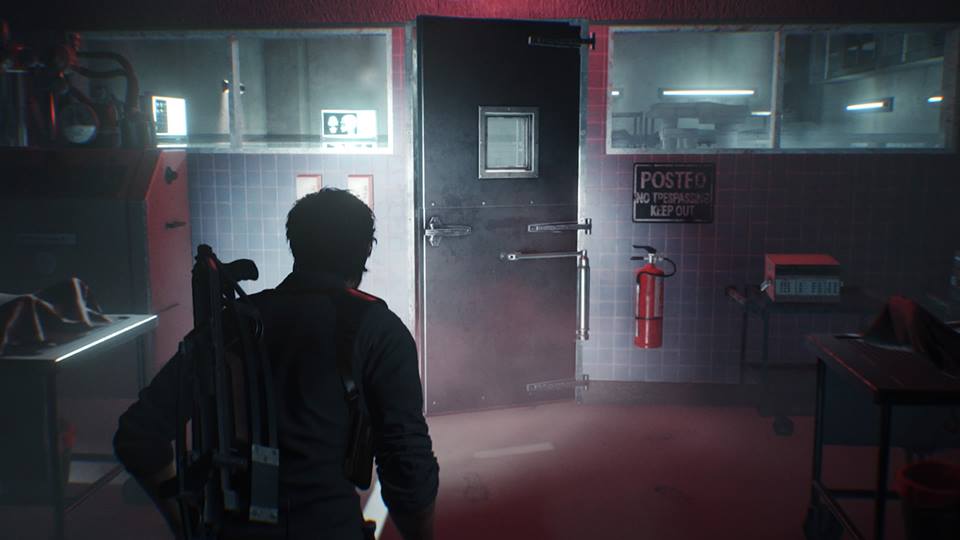 Of course, you don’t get access to the whole arsenal from the off, so although you may covet the assault rifle one of your accomplices has, you’re just going to have to be patient. Luckily, you can upgrade your rather basic weapons by collecting weapon parts that you find dotted all over to improve fire rates, ammo, and power. You can also craft more ammunition either at a workbench or on the go, though the latter takes up more materials. Towards the game’s latter stages, ammo is far scarcer, so you’ll be hoping and praying that the couple of bullets you were able to craft in a panic are enough to save your skin.

The combat itself is strong enough, though it can get rather clumsy when up close and personal, which isn’t helped by Sebastian’s relative lethargy. He’s a middle-aged guy, sure, and it’s highly unusual for horror protagonists to be popping off rounds with the ease of a Titanfall pilot, but once The Lost get in your face, it’s worth stepping back or sprinting away to get some space so you can pick them off at their weakpoints.

“…like a very welcome amalgamation of Silent Hill 2 and Resident Evil 4.”

Much was made of The Evil Within’s strange aesthetic with a 2.35:1 aspect ratio favoured for its cinematic approach and a serious amount of sepia filters and film grain chucked into the mix. Its sequel wisely dials that back a bit, but still has its own identity – many of its corridors are fascinating to just walk through and soak up their details. Enemy design is also as outlandish as you’d expect, which, when combined with the haunting architecture and pervasive darkness, help the game to feel like a very welcome amalgamation of Silent Hill 2 and Resident Evil 4. 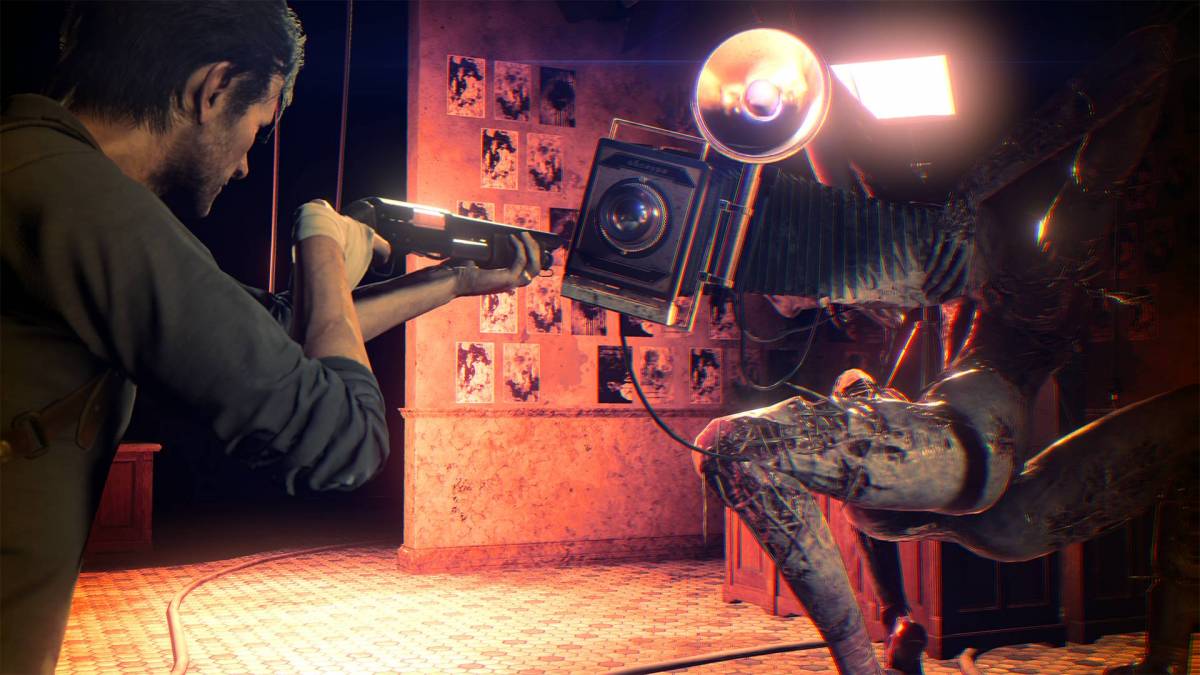 The Evil Within 2 also carries over the weirdness of its predecessor’s progression system: Tatiana is back and happy to trade the green gel you get from downed enemies for new abilities and perks, such as increased health and stamina. These are staggered out a little exhaustingly; there’s little to no chance you will be able to power up to Sebastian’s fullest in one playthrough. Thankfully, completionists will be able to revisit everything in New Game Plus with all of the upgrades carried over, as well as the chance to collect all the memories and documents again, which add substantially to the game’s twisty and somewhat convoluted story.

At the heart of The Evil Within 2, it’s all about the lengths parents will go to to protect their children. While it’s focusing on that, the game’s an engrossing and bizarrely heartwarming tale, but when it’s dealing with mad science, evil mega-corporations, and all the tropes that go with them, The Evil Within 2 comes across as slightly self-satirical, as if it knows that its entire premise is silly. It doesn’t help that most of the voicework is usually rather stiff; Sebastian’s voice actor’s performance is tonally inconsistent, either trying far too hard or too little. Even though it takes place in a bloodier Matrix, there’s this slightly nagging feeling that the story for The Evil Within 2 has been done better elsewhere.

Even with an uneven story and a couple of clumsy controls, The Evil Within 2 is an enthralling and dark sojourn that deserves to stand alongside Resident Evil 7 and Outlast 2 as one of the best survival horror games of 2017. It’s so good that I can almost forgive them for not letting me pet the cat. Almost.

Verdict
It may have made some design concessions that could dissuade fans of the original, but The Evil Within 2 is a far more engrossing nightmare that you won't want to wake up from.
9
Cultured Vultures is a pop culture website established in 2013 covering all things gaming, movies, and more. We eat your words.
All The News On The Biggest Games