Goodness, how much money did that naked banana make them? 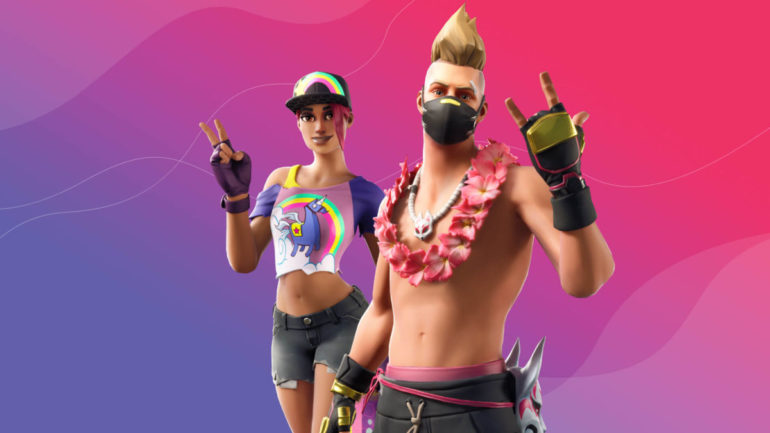 UPDATE: Epic have confirmed the price drop is part of the Fortnite Mega Drop and the prices are permanent.

Players will also be given a new pickaxe, the Shooting Starstaff Pickaxe, for free for simply logging in.

ORIGINAL STORY: In a surprising move, Epic have lowered the cost of V-Bucks in Fortnite by a decent 20%, as first noticed by Hypex. They have yet to officially confirm it, but it looks like it’s a part of Fortnite Mega Drop: a new promotion.

You can find this change across all platforms Fortnite is currently available on. Taking the UK PlayStation Store as an example, 1000 V-Bucks previously cost £7.99, but they’re now down to £6.49. This effectively means that your Battle Pass, which costs 950 V-Bucks, for the next season will be even cheaper.

The savings also scale to the most expensive packs. 13,500 V-Bucks previously cost a whopping £79.99, but now they’re down to a still whopping but not as whopping £64.99.

So, what’s behind this sudden price drop? Well, it could be that Epic are trying to maximise spending while the kids are still out of school, or it might be part of some promotion that’s yet to be announced. It could even be the case that they’re simply trying to give better value for V-Bucks, which can be very expensive if you’re someone who wants all the skins.

Or maybe it’s because Fall Guys is the new king of the mountain? Who would have thought that at the start of the year.

It’s not like Epic can’t afford to shave a few quid off here and there. They are one of the most valuable companies in the world, worth a whopping (I will stop saying whopping soon) $17 billion. Fair to say they won’t miss the money.

V-Bucks in Fortnite are used to buy purely cosmetic items, whether that’s a new skin, pickaxe, or any of the million other things up for grabs. They can also be used to buy the Battle Pass, a collection of cosmetics that must be unlocked by completing challenges and general gameplay.

We will update with more info on this price drop when we get it.