Build up your building. 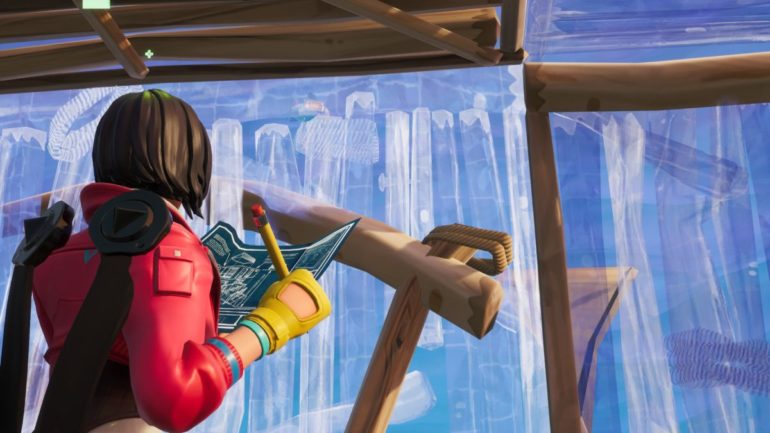 A lot of players quickly abandon building complex structures in Fortnite. After all, sitting in one place and building makes you a vulnerable target. Despite this, many pros enjoy the current build-heavy meta.

If you’re someone that’s aiming to bring up their game in Fortnite, learning how to build quickly and efficiently is an important skill to have. Getting that little bit of speed can mean the difference between a fully built structure, and getting sniped midway.

To help you with this, the Fortnite pro community has created a variety of courses to help you get your building skills to the highest level possible.

It’s important to keep in mind that these best Fortnite building courses are incredibly intensive. If you just want to play Fortnite casually, and don’t really care about ranking up, you’ll find that these courses are more annoying than anything. On the other hand, if you want to be competitive and one day appear as one of the best players in the world, these courses will be a godsend.

READ NEXT: Best Fortnite Edit Courses To Improve Your Editing

The Building Center By Donwozi

Donwozi is a large content creator for Fortnite, with over 11 thousand subs on his YouTube channel. While that might not sound like a lot, it’s important to note his following consists of some of the best players out there.

He is well regarded by the community for the quality of his courses, including aiming & building ones.

The first best Fortnite building course we’ll cover is called The Building Centre. It is a well-put-together course that will teach you some of the most common scenarios in building. If you’re an intermediate or advanced player, this isn’t the one for you. At any level higher than a beginner, this course isn’t useful as anything but a warmup.

The course is made to enhance a beginner’s building skills without putting too much pressure on them. It tests your ability to build some of Fortnite’s most common combinations. While the course can be run slowly, it’s not recommended. If you want to get better at building, you’ll need to learn to do it quickly.

The key to using this course is to understand that the point of it isn’t simply for you to finish it. The point of this course is to ingrain the shapes you build into your muscle memory. By doing this, you’ll notice that you quickly get faster and faster. This muscle memory is then much easier to apply in a game than if you needed to think through every step. Unfortunately, the only way to achieve this is through relentless practice. This course can be one of the more taxing ones, as it’s quite frustrating being a beginner.

Once you get to grips with this course and can finish it in a few minutes, you’ll know you’re ready to move on to the next course in this list.

With that being said, this course will involve some editing, so don’t just expect to be able to coast through it by just building platform after platform.

While it is made by one of the smaller content creators out there, Selage’s building course excels at getting you to that advanced level as soon as possible. While his following is rather split between casuals and competitive players, the course itself is good enough for anyone.

This course is made for more intermediate builders. It isn’t an easy one to get through quickly, as it’ll test both your building and editing. It is especially useful for building around oneself and quickly creating barriers so you don’t get shot.

The course itself also tests out your skill in a watery environment, as while they are rare, sometimes they can be the difference between life and death. The course also ramps up in difficulty rather quickly.

Once again, the key here is speed. The course is equipped with a timer so you can always see how well you’re doing. The basic goal is still the same, just getting from point A to point B. With that being said, it’s not easy to do this quickly.

When running this building course, you can always check out the video if you’re wondering if there’s a faster way to do a section. Furthermore, this one is made to be done for a while, so don’t fret if it takes you a week or two to get times similar to Selage’s. We’d say that once you’re able to get that time down to more or less 1 minute from his, you’re ready to move on.

Don’t be discouraged if you start out with a few losses. The people that visit these arenas on the regular are usually lightning-fast builders.

The biggest advantage of a build fight arena over a regular course is the increased pressure of competition. Even if you manage to clear advanced courses quickly, that doesn’t mean anything if you can’t replicate your success in a game.

Here, you’ll be put against other players, and you can really see how far you can get. Note that a few losses aren’t a bad performance. It’s expected of you to lose towards the beginning, and slowly rise to the top.

A good tactic to use is to queue up into one of these before each game. This lets you get a head start on the other players by entering the game ready to build. Many pro players run through a few of these before games to get themselves warmed up.

All in all, even if you don’t get quite as good as a lot of people in these arenas, if you can rack up a few wins, then you’re already well on your way to becoming an expert builder.