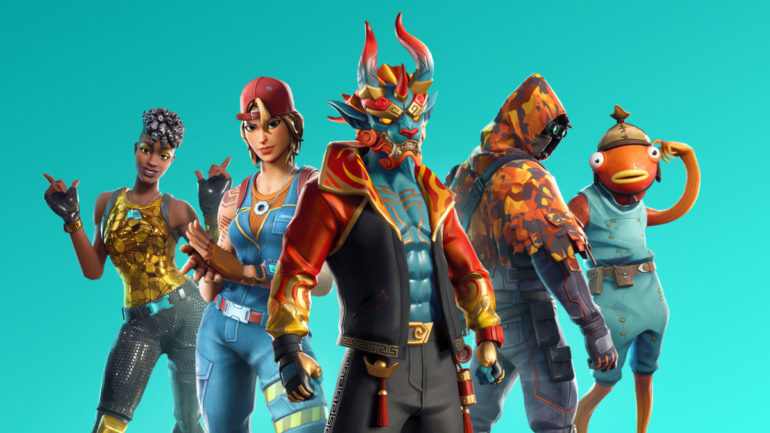 The addition of Creative mode in Fortnite was a great one. People went crazy over it and it is easy to see why as, while the gameplay formula of Fortnite is quite enjoyable, it is always nice to have some variation. Creative mode gives you that variation, and plenty of the best Fortnite 1v1 maps to test your skills on.

The good old tradition of going 1v1 to settle disputes became extremely popular following the release of Creative. Despite the number of cool things you can do, people usually come back to the root of all shooting games.

There are many different kinds of Creative maps. Maps that focus on building, editing, dynamic fighting, and some that just force you to get from point A to point B quicker than your opponent.

It is truly an incredible and diverse environment for players of all skill levels and affinities. You don’t feel like building? Cool, pop into a 1v1 where you can practice shooting. Do you want to improve every aspect of your gameplay? Great, get matched up with a completely random enemy and duke it out in a fast-paced 1v1 while getting better and better at the game.

The downside is that it’s not always easy to find fun Fortnite 1v1 maps and that is what this list is for. We’ve assembled a compendium of interesting 1v1 maps for you to try. You just might find a new favorite amongst them.

This is not some map where you and your opponent aim to build higher than one another. Here, the objective is simple. Be the last one standing. At the start of the game, both you and your opponent will be equipped with some starting items. They are randomly generated but are limited in such a way that you get only mid-game items, leaving little room for RNG. From there you just blast each other away.

The circle will move extremely slowly, giving you 10 minutes to wrap the game up. The terrain is gorgeously done, reminding people of Misty Meadow and Lazy Lake. To summarize, this map is a lot of fun.

Where to start with this map? It gives you a true 1v1 experience. The terrain is relatively even, allowing for a relatively equal start. Whenever a player dies, both players are respawned inside of a new 1v1.

How do you get items? There is a weapon’s gallery in the middle of the map. Here, you can pick up whatever you fancy. On the other hand, there are a lot of quick builds for you to pick up. This is given to you in the form of a series of hallways that are equipped with speed pads and have a line of weapons inside of them. After that, you just go crazy.

The course features loads of quality of life improvements. It gives you a grappling hook to help you up when you fall. It also comes with an auto-destroy function, as well as an FPS booster. On top of that, there is no falling damage or jumping fatigue, meaning it will truly be a fast and chaotic experience.

While playing this map, you can just feel the hard work and love radiating from it. It is just so well made and so aesthetically pleasing. So much can be said about it.

First of all, it is very simple, geography-wise and is all located within a relatively small area. The center is surrounded by a bunch of item spawners which you hit with your pickaxe until they drop the item you need. The map also features a Mythical Goldfish dispenser which is always fun. It comes equipped with so many fun additions, including jump pads which send you flying extremely high. Together with the resources you are given, this can make for some very interesting and exciting 1v1s. Another fun addition is the invisibility button that opens up so many interesting scenarios.

Scalit’s 1v1 Map also features an inventory wipe option and, as a little bonus, it gives you the option to change the color of your skin. This option, while being very minor, is pretty great. On top of everything I have already named, it also comes with an auto-destroy option, as well as a switchable background, giving you many mesmerizing battlegrounds.

If the word is “aesthetic” then this map is the definition next to it. The first thing you will notice with Amin_Sav’s Cleanest 1v1 Map is just how suitably clean everything is. The visuals are simply astounding. While not using many colors, the map simply stands out based on looks alone.

The different shades of blue all meld together in order to make one gorgeous background for whatever violent confrontation you have in mind. You are spawned in the middle of the map, right under the center stage. As you move around you will find several item spawners, after which you are able to exit. The outside is gorgeous and, while simple, makes for an excellent location for you to duke it out with someone.

It comes equipped with a reset build button which automatically tears your structure down. While the map does not provide much that stands out gameplay-wise, its visuals will make you fall in love with it. It is hard not to sit back and feast your eyes on what the creator has made. But do not forget: eliminating someone on this map will feel as refreshing as ever. You can count on several hours worth of gameplay from this 1v1 Fortnite map before it starts getting old.