Fortnite Season 9 Fortbyte #76: Found Behind A Historical Diorama In An Insurance Building 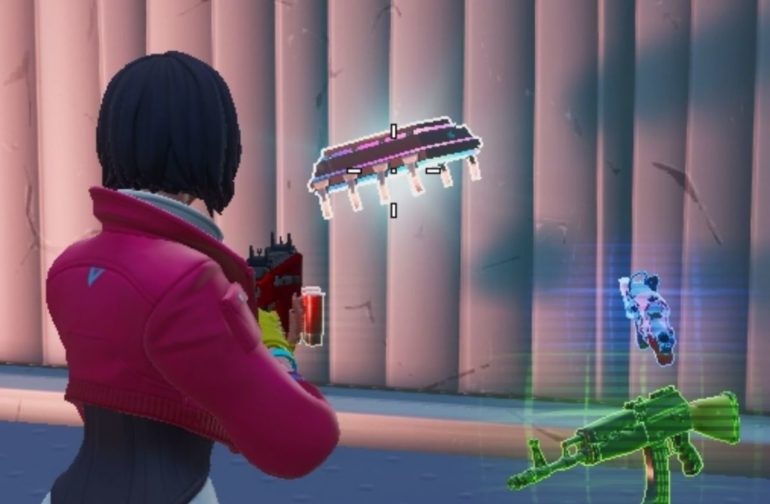 Fortnite Season 9’s premier feature, the Fortbyte system, is full steam ahead with one released every day at 1pm GMT. Fortbyte #76: Found Behind A Historical Diorama In An Insurance Building, is Tuesday’s offering during Week 4.

For the uninitiated, the Fortbyte system is a blend of weekly challenges, on a daily schedule, all of which are unique. They’re overwhelmingly designed in the style of a ‘scavenger/treasure hunt’ challenge that were so prolific in Seasons 3-7. You’ll obtain cosmetic rewards as you obtain more Fortbytes, similar to those of typical Battle Pass rewards. Additionally, for each Fortbyte obtained a tile is revealed on an image (of which there are 100 tiles) which promises to unveil Season 9’s secrets.

This article focuses on Fortbyte #76: Found Behind A Historical Diorama In An Insurance Building, which is following suit in design from the last ten or so previous Fortbytes. This particular Fortbyte is situated in Neo Tilted, which means it’ll be playing around with the Season 9 changes, evening out the playing field for newer players.

Fortbyte #76: Found Behind A Historical Diorama In An Insurance Building Location 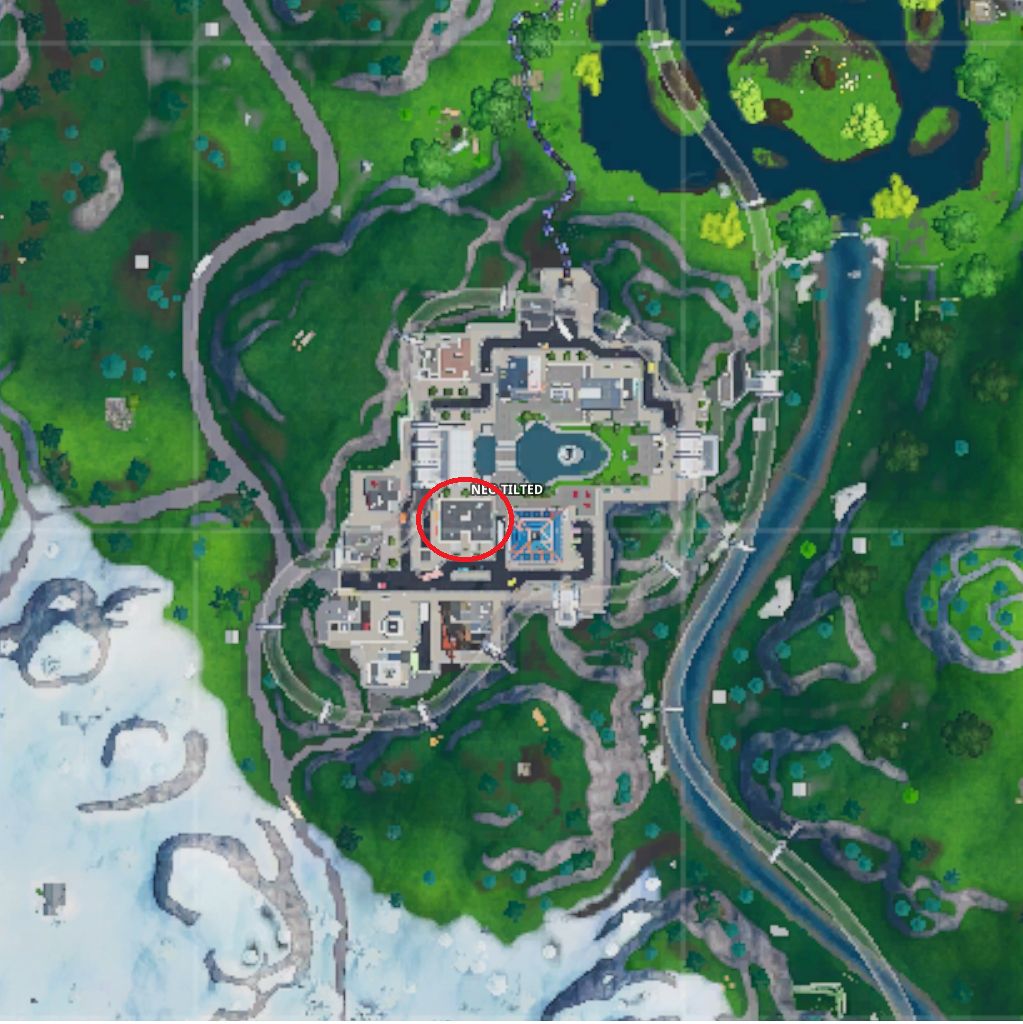 The insurance building in question is a relatively new building in general, which is located in Neo Tilted. While one could argue all the buildings in Neo Tilted are new, this one is specifically the building that has been destroyed and rebuilt a few times in the centre of Tilted Towers (before the futuristic upgrade). You’ll find it directly next to the Durrr Burger tower, westward. You’ll find it located on the intersection of D5 and D6 on the main map’s grid. 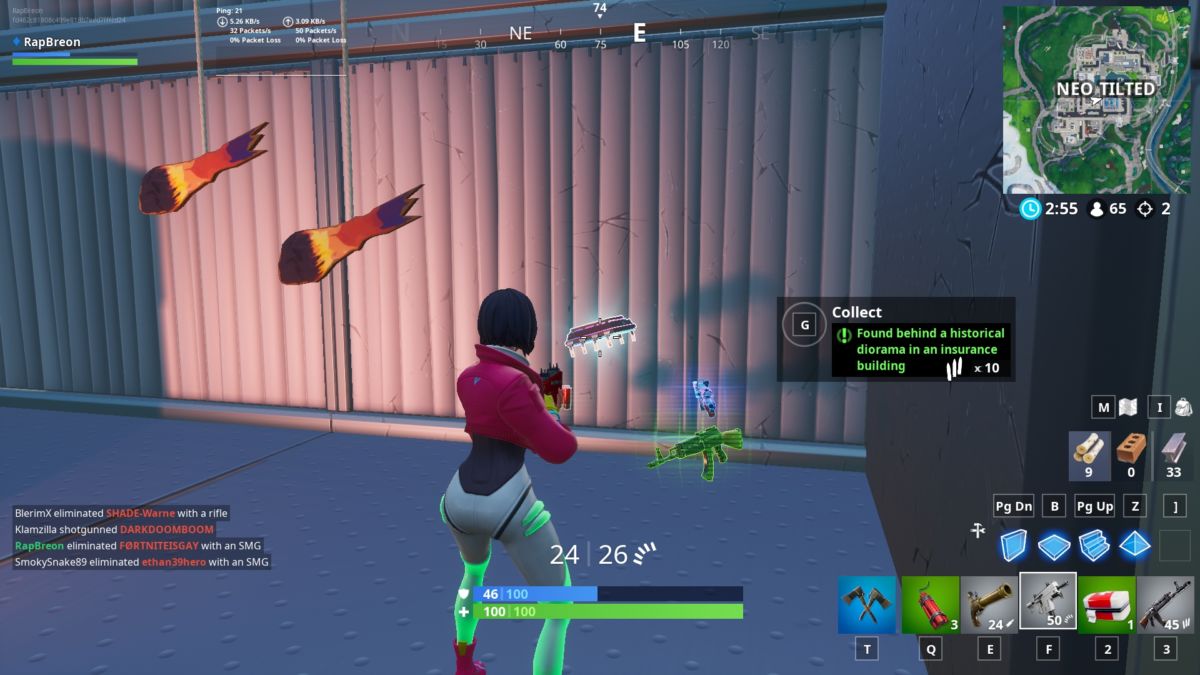 Fortbyte #76 is on the ground floor of this building. The main entrance is located on the southern face of the building. Head in through this entrance and you’ll see the main reception, look directly to your right and you’ll see the diorama (basically a miniature three 3D model) in question. It’ll be in the back of this space; you may need to destroy the model to get to it.

Epic seems to be hitting their ‘stride’ with the Fortbyte challenges now. A large amount of the previous Fortbytes (bordering on ten or more) have been in the same vein of challenge. That is, provide a hint about the location of a Fortbyte using landmarks and descriptions without directly mentioning the location.