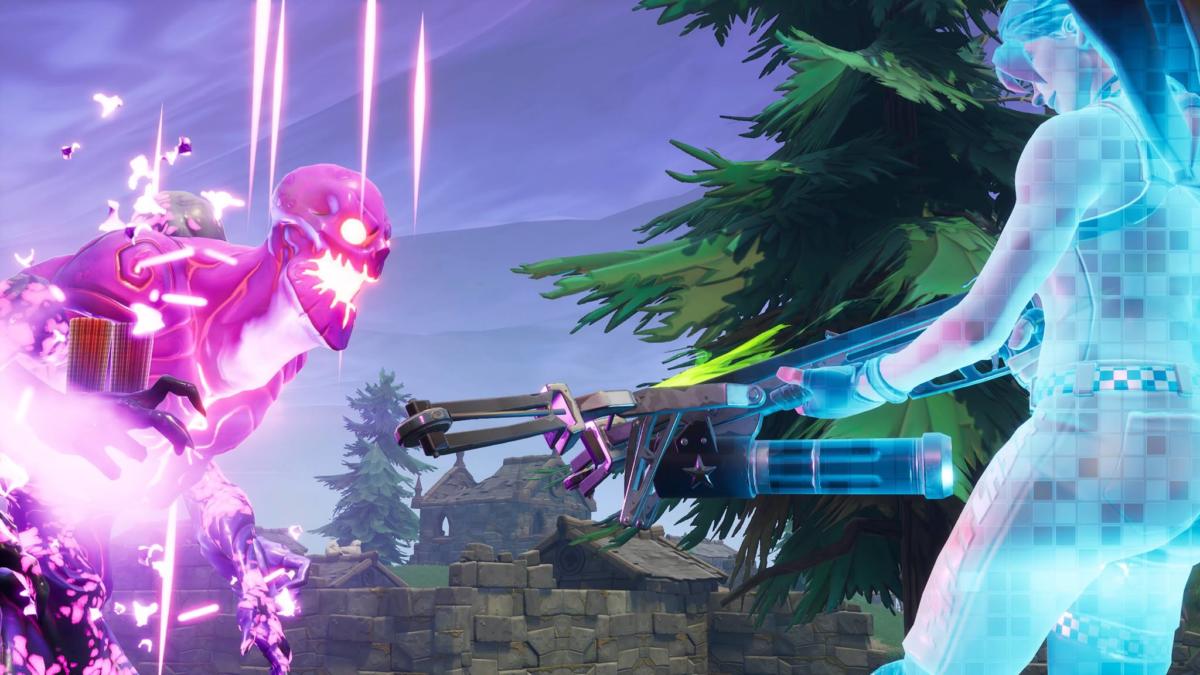 Week 5 challenges for Fortnite Season 6 have arrived at the usual time and in the usual way. This week however, they’re sharing the spotlight with the Fortnitemares Challenges (which we’ll cover as they periodically unlock). This week’s Battle Pass challenges have quite the focus on combat, eliminations and dealing damage.

This week’s challenges are somewhat interesting. We have two very in-depth exploration and search based challenges that’ll get you out of your usual play rhythm. Then we have five other challenges which are just a condensed murder parade of elimination and damage based challenges, which want you to get back into said rhythm. Regardless, this week should keep you busier than usual, especially with all the Fornitemare challenges to complete as well. 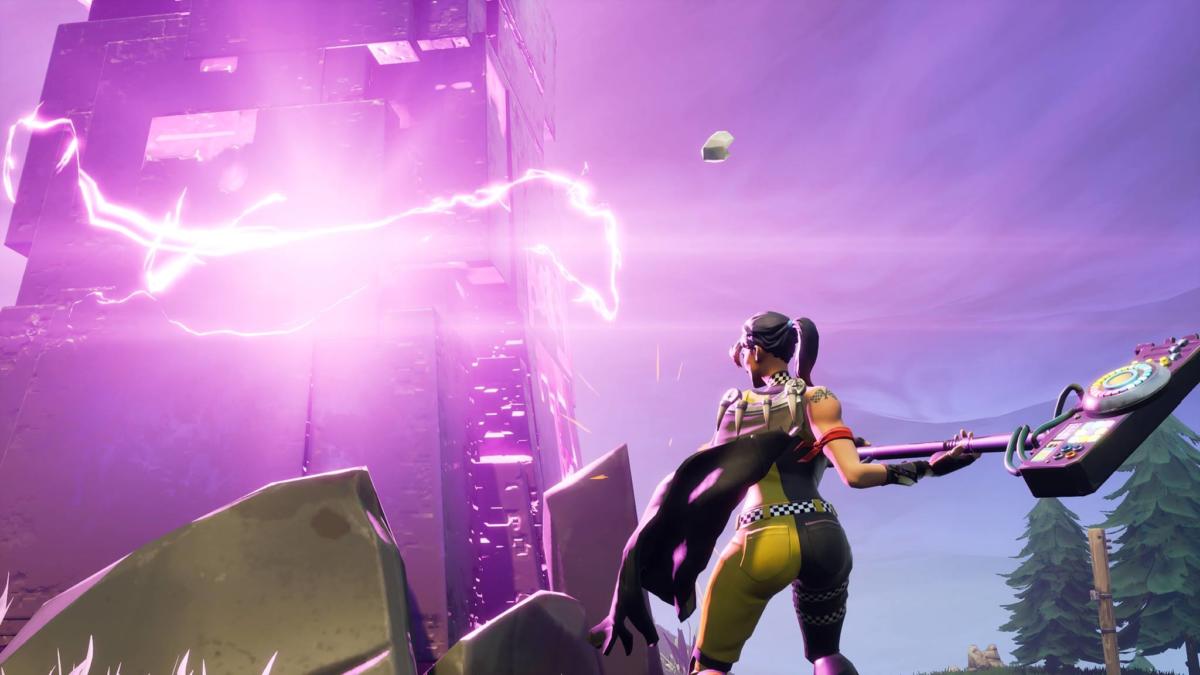 Record a speed of 27 or more in front of different radar signs (5 readings)
Littered along the main roads of the map are speed cameras, which have been there as part of the map secary for quite some time. As you drive towards them, the sign will show the speed you’re travelling. You need to drive an ATK (or go down a very big hill on a shopping cart) at 27 ‘speed units’ past five of these cop cars, it will play the sound of a cop-car siren and flash when you’re successful at ‘going over the speed limit’. You can’t use the same speed camera twice, not even in different matches. If you’re looking for all the speed cameras we’ve discovered so far, we have a Speed Camera locations guide available.

Multi-Stage: Deal 200 damage with specific shotguns to opponents (3 stages)
This is the same multi-stage challenge we saw with the assault rifle class of weapon a few weeks ago, just with the shotgun family of weapons. You’re asked to do 200 damage with a specific shotgun per stage. The first stage is the ‘tactical shotgun’, which is the grey and red fast firing style of shotgun. The second stage, is the ‘pump shotgun’, this is the actual ‘pump shotgun’, not any shotgun that you pump to chamber the next round (all of them but the double barreled). Finally, the third stage requires the use of the double barreled shotgun (the break open one). Like all multi-stage challenges, you must do these in order and one stage at a time. 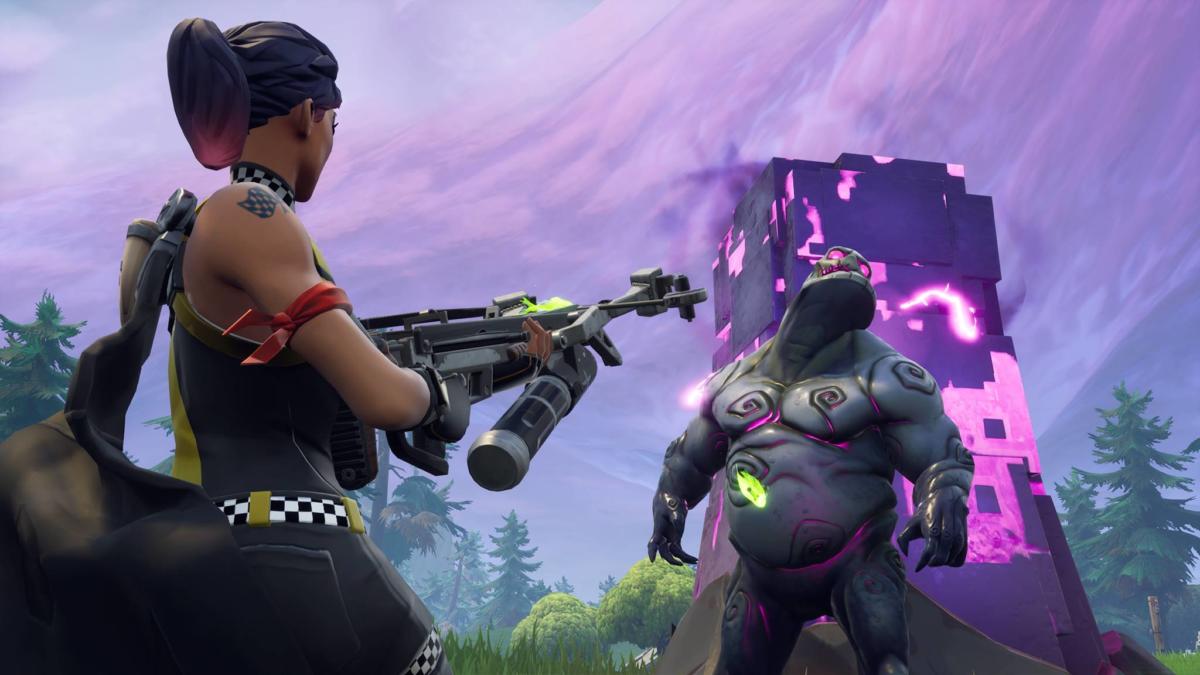 Eliminate an opponent closer than 5m away (2 eliminations)
This is probably one of the easiest kill challenges you’ll ever receive. Close range combat is dominant in Fortnite and the beginning of matches also tend to focus on very close (Shotgun/SMG) combat. You’ll get these two kills rather quickly through the course of normal play.

Deal damage with SMGs to opponents (500 damage)
Your standard ‘deal Y damage with X weapon type’ challenge. This challenge requires SMGs, which is a relatively strong and common family of weapons. 500 damage isn’t a tall order either, this one shouldn’t take too long.

Minigun eliminations (2 eliminations)
This challenge was present in previous seasons and it was a right pain then as well. Finding the Minigun is the hardest part, but getting an elimination with it is still quite difficult. The Minigun does not lend itself well to player killing despite its rarity. You need to get very close to effectively kill someone, where the decreased movement speed makes you a sitting duck again more burst heavy guns (Shotguns and SMGs).

Multi-Stage: Deal 200 damage with specific pistols to opponents (3 stages)
This is the same multi-stage challenge as the shotgun challenge from above, just with pistols instead. You’re asked to do 200 damage with a specific type of pistol for each stage. The first stage is the ‘standard pistol’, which is the M9/Browning lookalike (the basic pistol). The second asks you to use the ‘Hand Cannon’ style pistol (the Deagle lookalike). The final stage requires you to use the new six-shooter. Just remember: you can only complete one stage per match, so don’t run around carrying three pistols thinking you can knock it out in one go.