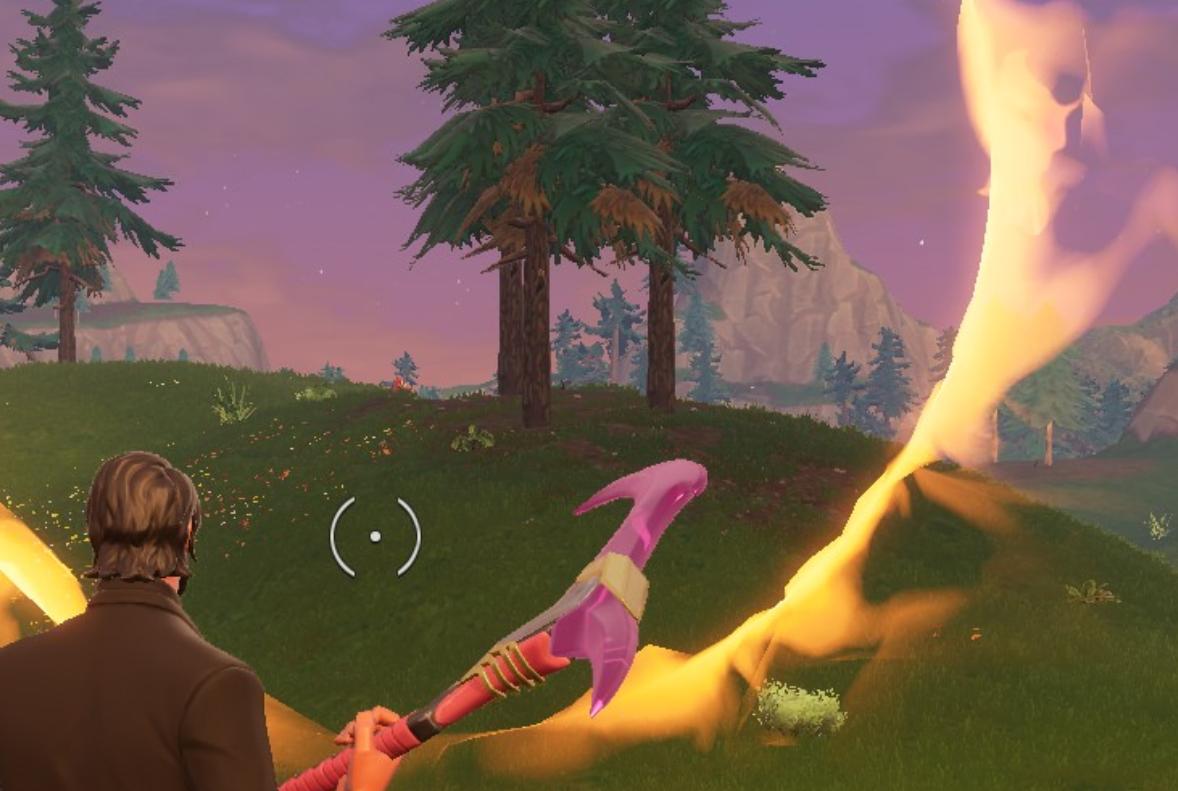 This challenge for Fortnite Season 6 is an exact repeat of of Season 5, Week 4’s flaming hoop challenge. This guide will go over the rules again (as they haven’t changed) but also update the position for Season 6, Week 5’s Flaming Hoop positions.

Scattered throughout the map are flaming hoops hovering in the air (think the circus ones).
You need to drive an ATK (the rocket powered one counts) or Shopping Cart (with you in them) through the hoop. It has to be five different hoops and you must travel through them in the above vehicles for it to give you credit. Most of the hoops have wooden ramps near them to assist you in sailing through them majestically. However, this time in Season 6, some of the ramps are complete or just outright missing, encouraging you to build your own ramp. The flaming hoops spawn in same place every match and they’re very easy to spot from a significant distance away, as high up as the Battle Bus.

Finally, you do not need to complete all five hoops in a single match or use the same type of vehicle for every hoop. Just use whatever is on hand and drive on through. Personally, I recommend using an ATK as they’re much easier to coax through the hoop than the Shopping Cart (to avoid building huge ramps to pick up speed), especially if you’re alone. Half the battle then, is finding an ATK, then getting it to the hoop before some ass shoots you out of it.

Below is an overview of the main map with all the Flaming Hoops I could locate, circled in red. There are far more Flaming Hoops than the challenge requires (i.e. there is more than five Flaming Hoops on the map). Personally, I found ten (the same as last season’s) Flaming Hoops, but there may be more. All you need to do is find an ATK drive to the five closest to you. 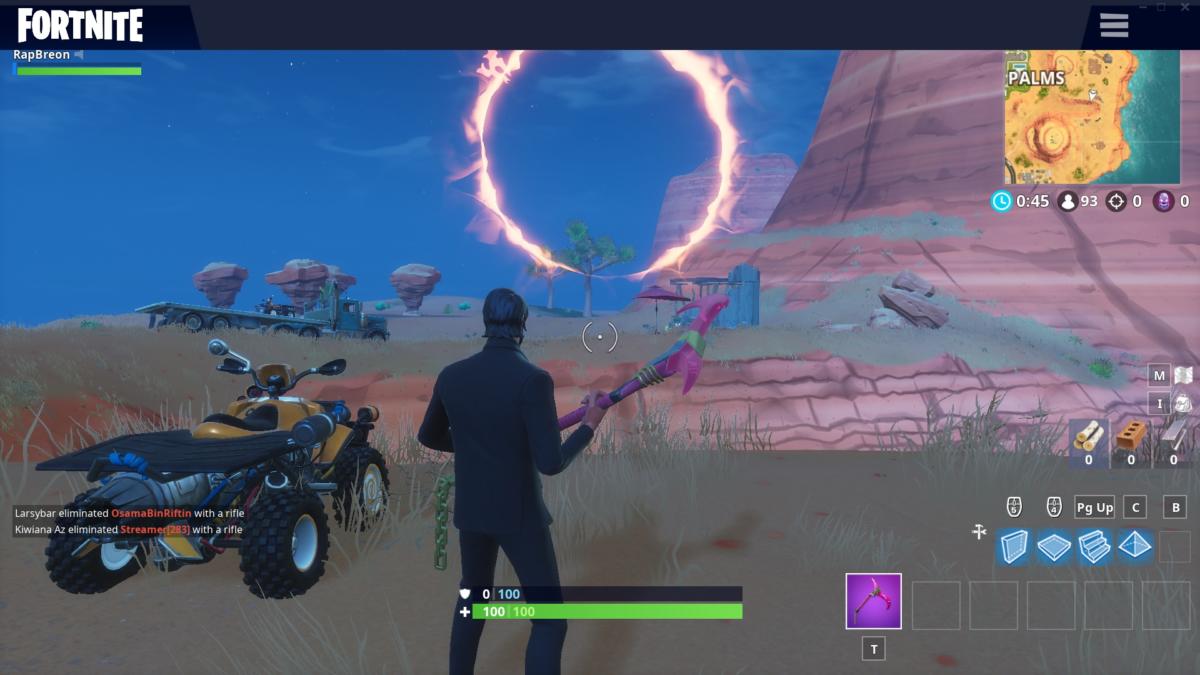 This hoop waits to the east of Paradise Palms, near a small collection of trucks, shacks and other scenery. The hoop floats over a small valley, appearing as J8 on the main map’s grid. 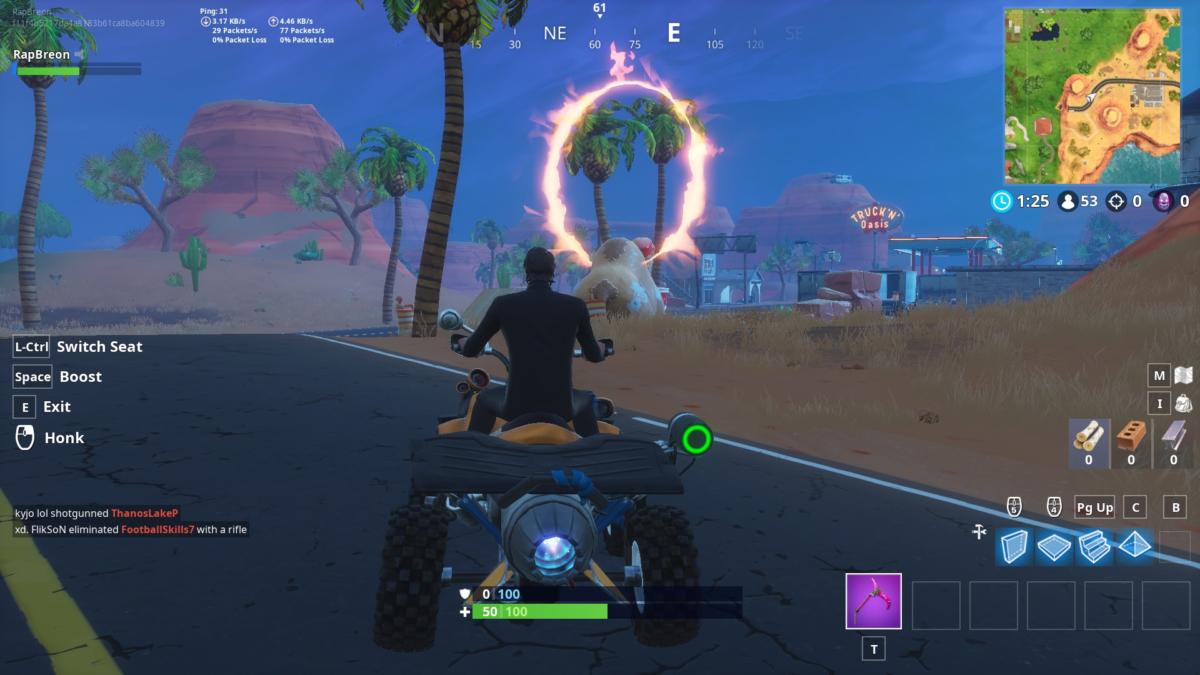 Much closer to the desert truck stop than it is Lucky Landing, however Lucky Landing is the closest named location on the map. The hoop is to the northeast of Lucky Landing, floating above the ‘drinking camel’. G9 on the main map’s grid. 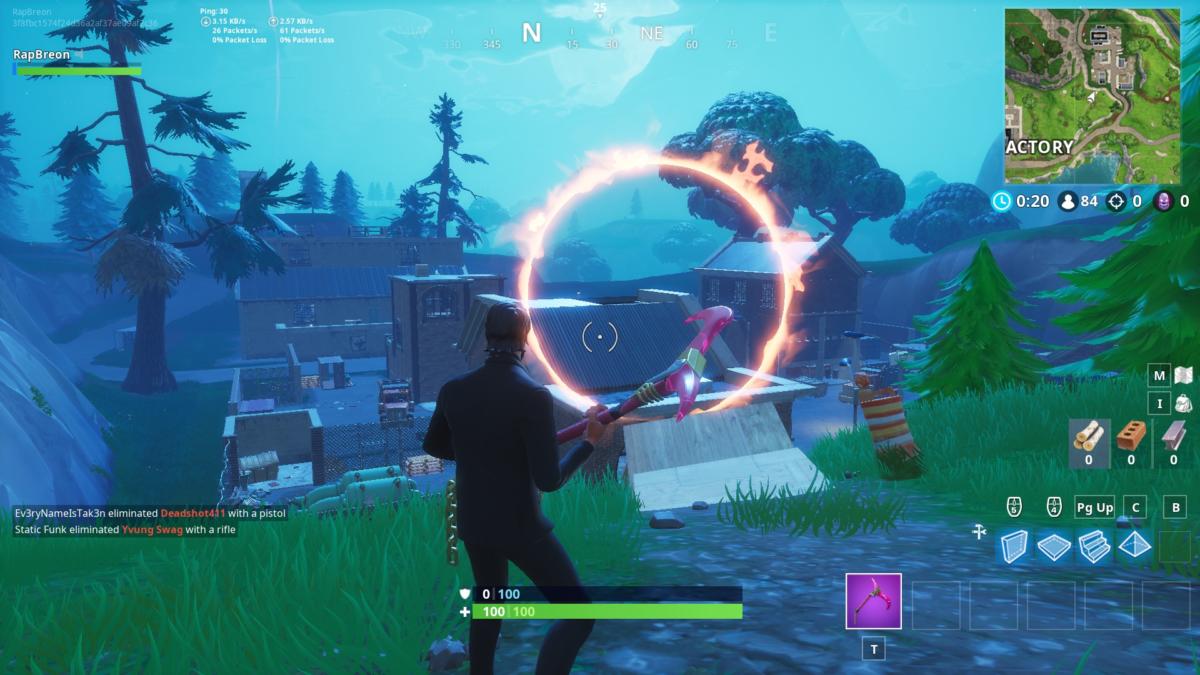 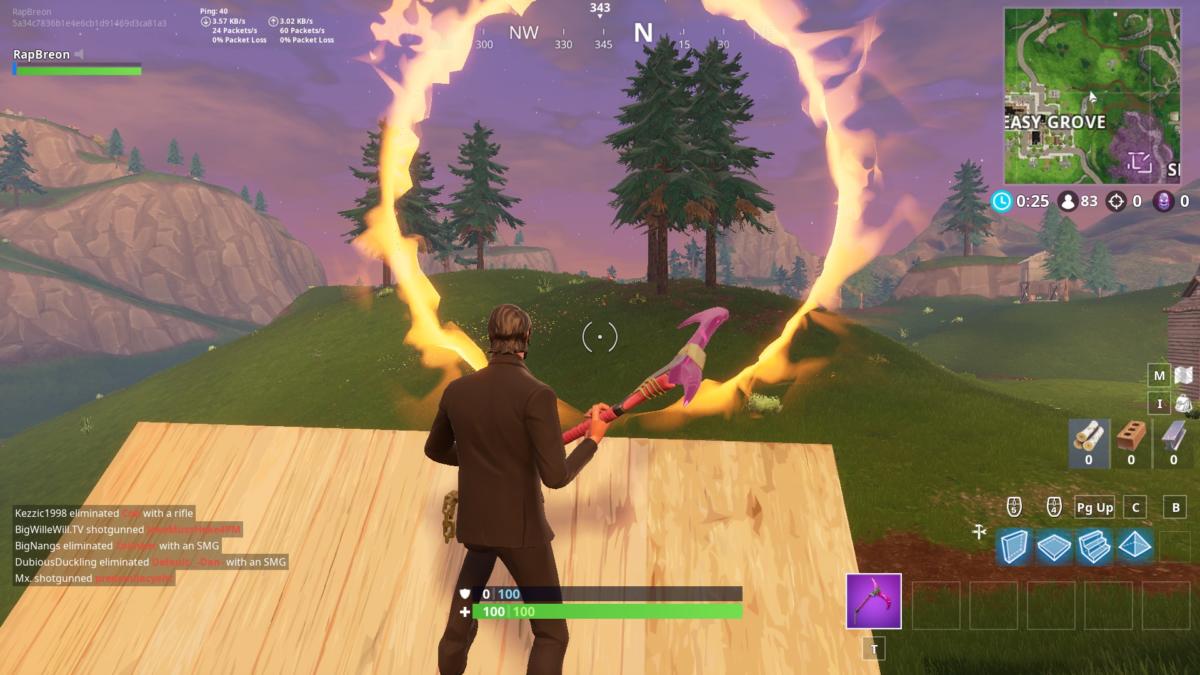 There is a very close hill to the east of Greasy Grove with a flaming hoop and ramp situated upon it. This rests on the border of C6 and C7 on the main map’s grid. 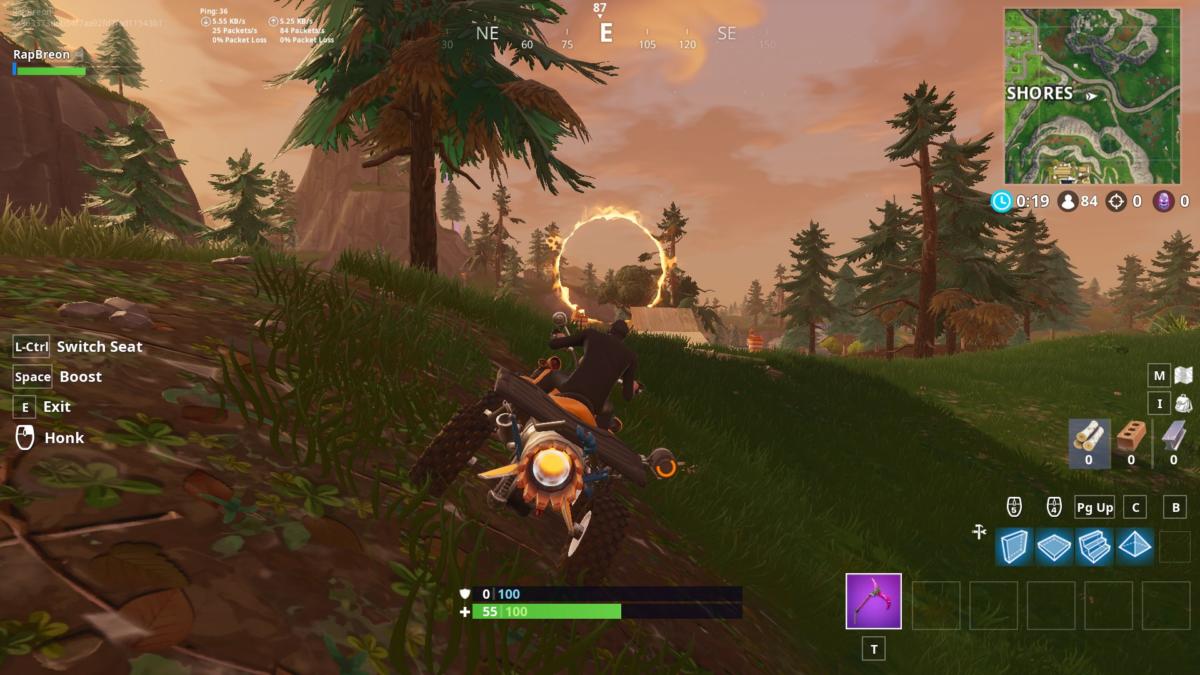 This hoop is just east of Snobby Shores. Don’t follow the road out as it’s floating on a hill just south of the road. B5 on the main map’s grid. 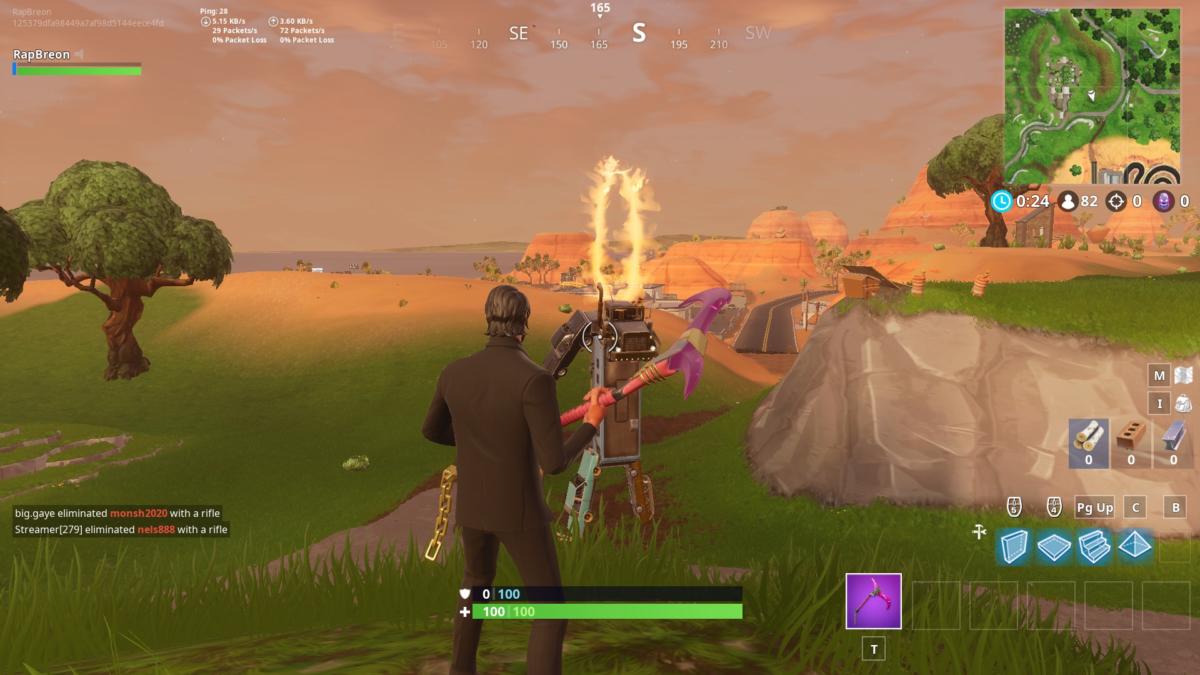 Not in Lonely Lodge per se, but just southwest of Lonely Lodge and east of Retail Row are some vehicles positioned to look like some sort of ‘Megazord’. The flaming hoop rests on its ‘head’. This appears as I6 on the main map’s grid. 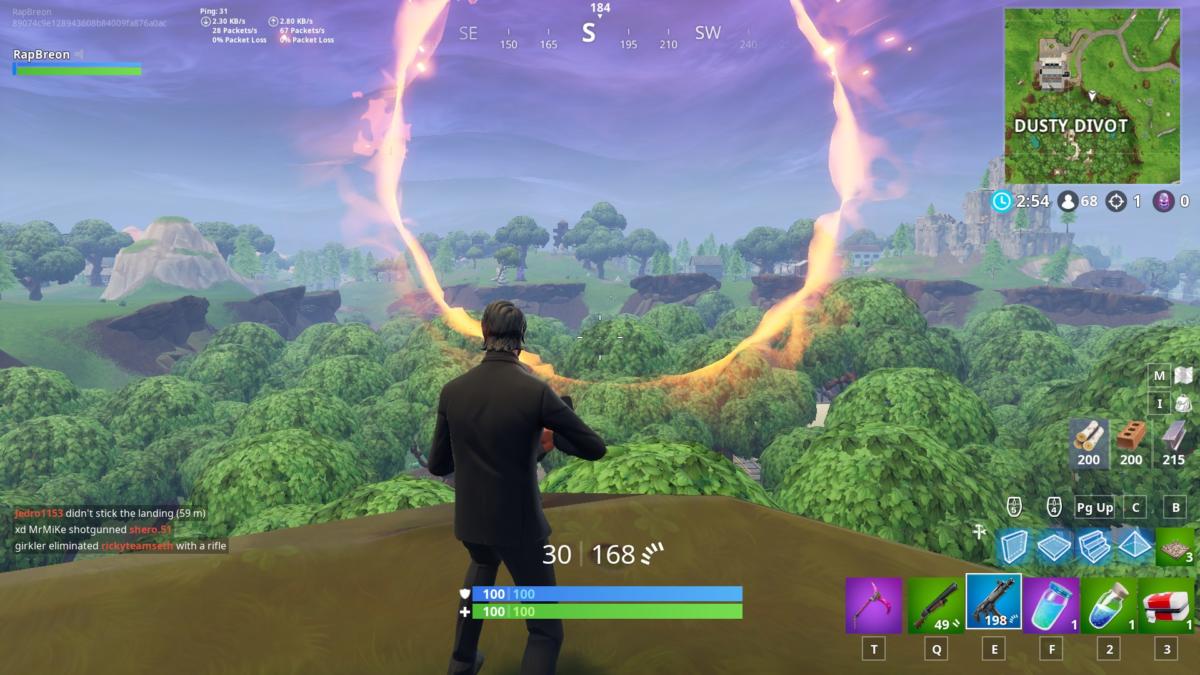 On the northern lip of the crater, just east of the destroyed warehouses is a flaming hoop. G5 on the main map’s grid. 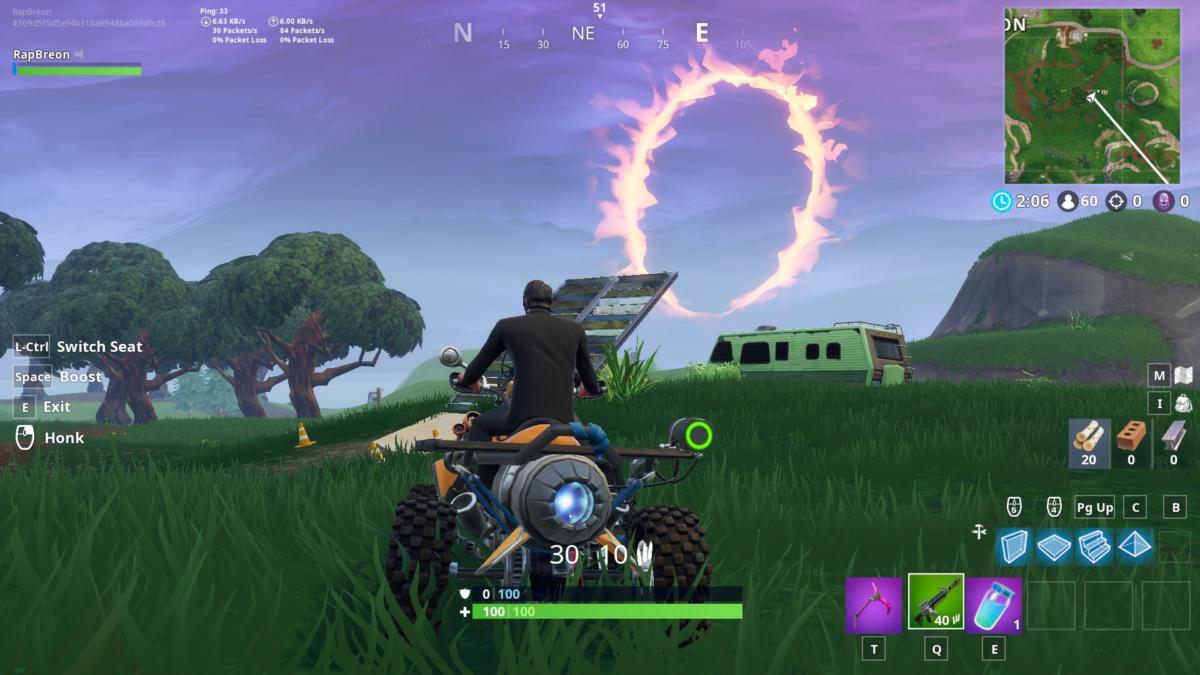 A fair bit east of Junk Junction is a race course being built, just south of that race course is an RV with a flaming hoop above it. This appears as C2 on the main map’s grid. 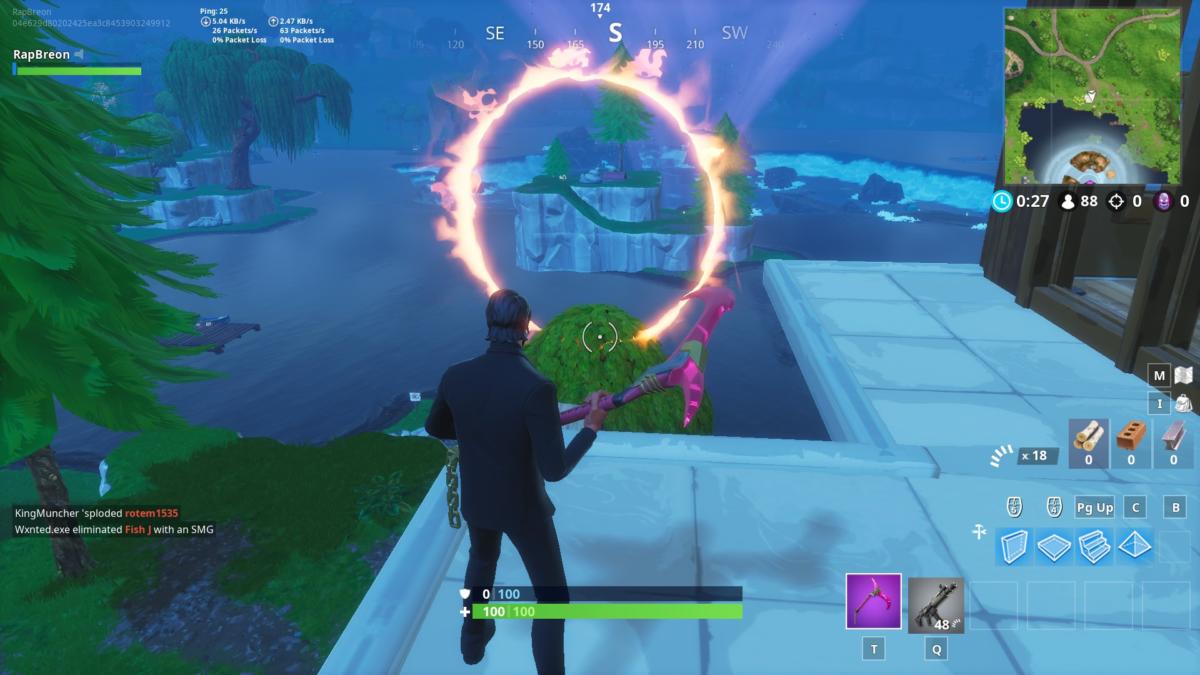 The house on the northern bank of Leaky Lake has a flaming hoop at about roof height. This rests on the border of E3 and E4 on the main map’s grid. 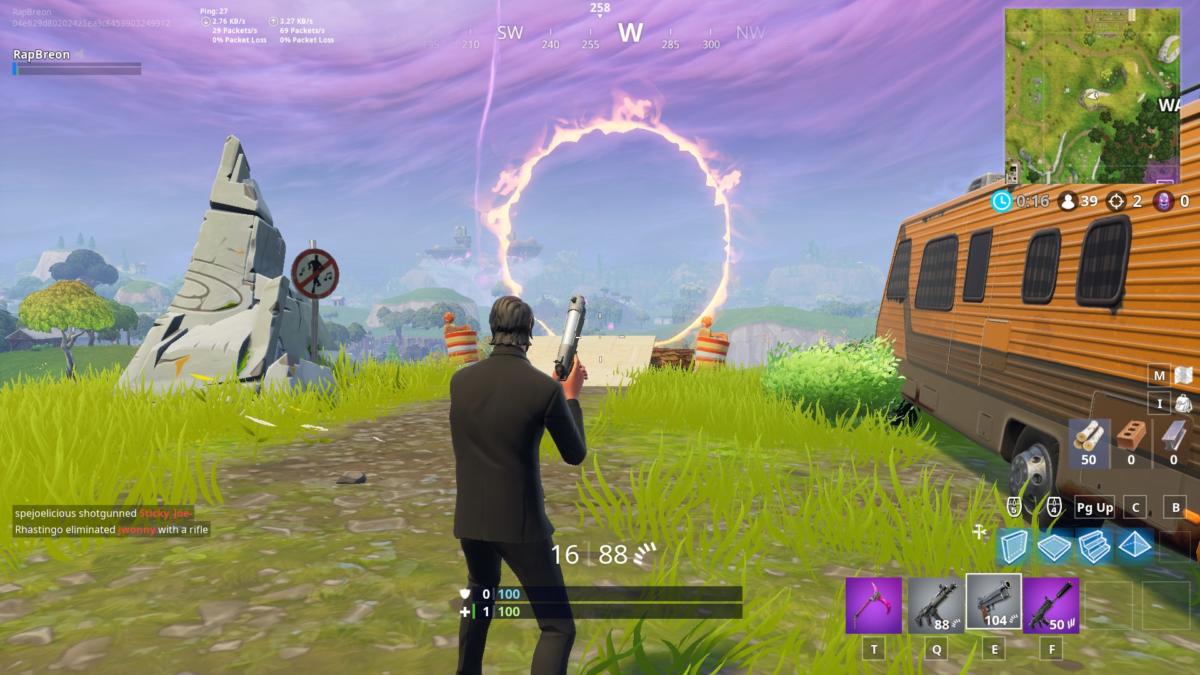 Just west of Wailing Woods atop a hill overlooking Risky Reels is a flaming hoop. H3 on the main map’s grid.

This is one of the two ‘exploration’/scavenger hunt’ style challenges for the week, we also have a guide for the Speed Camera locations. We also have you covered if you’re looking for a quick but complete overview of the week five challenges.