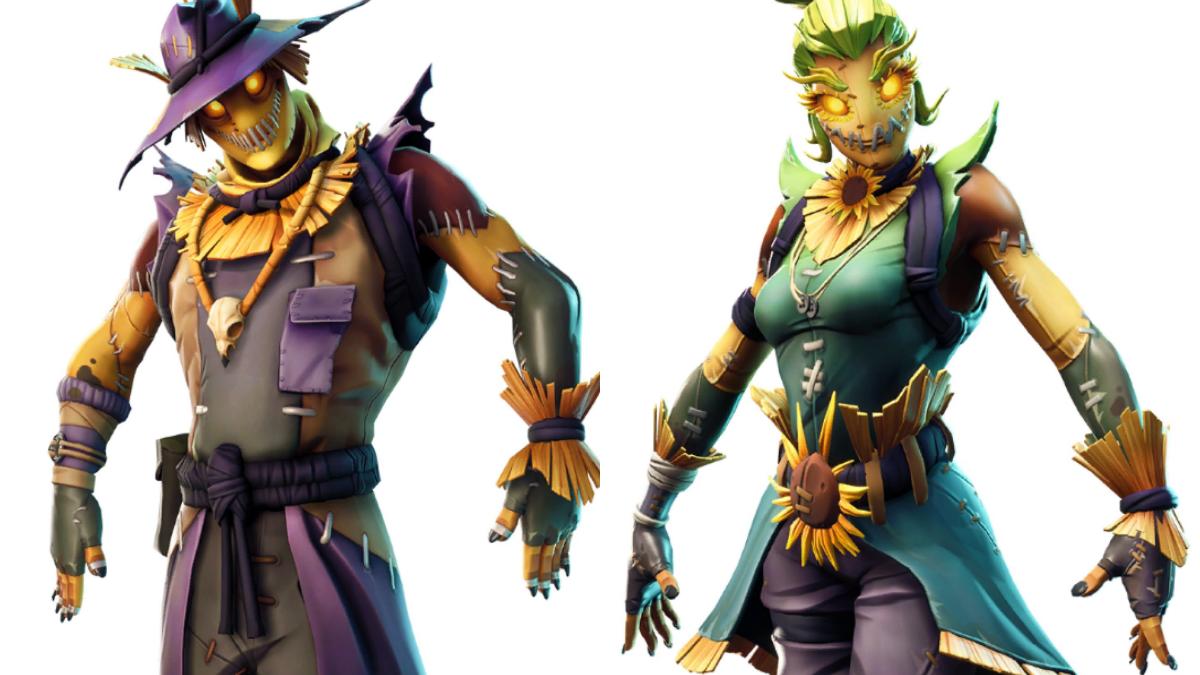 It’s still nearly a month away, but Epic are wasting no time to introduce Halloween skins for Fortnite Season 6, if dataminers turn out to be correct (which they almost always are).

Straw Ops and Hay Man are two new skins that have been found during the v6.01 update and are really damn unsettling, to say the least. Both scarecrow skins are of the Epic variety, which means they will set you back 1500 V-Bucks apiece.

Check them out below, as found by @FNBRLeaks.

The scarecrow skins will also come with their own suitably freaky back blings, which you can find for yourself below.

There’s no ETA on either of these new skins, but it’s usually with one or two weeks of them first being introduced in a new patch. Imagine having these two scarecrow skins and the clown ones coming at you in Squads; you’d just immediately return yourself to the lobby.

Elsewhere in Fortnite, the new update introduces the new Chiller trap. The game is currently in downtime while maintenance is performed, so stay cool (heh) and you’ll be able to play around with it before too long.