Got a note here that says it's ordered by a Mr Doctor? 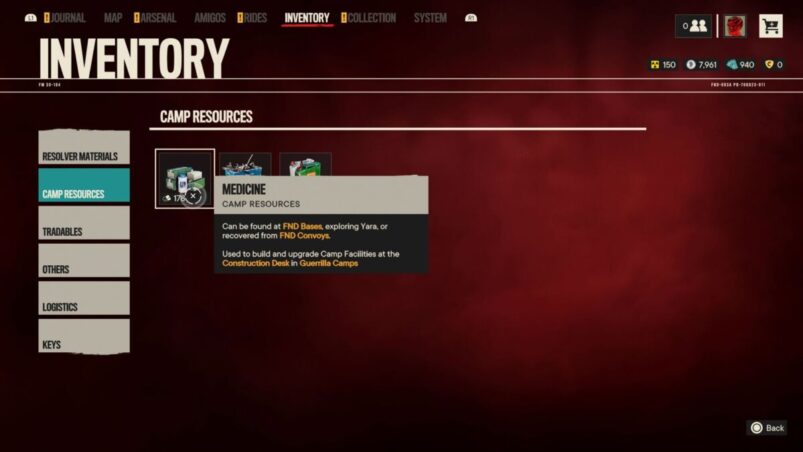 Medicine is a common Camp Resource in Far Cry 6 that’s used to upgrade your camp.

Medicine can most often be found at FND bases and FND convoys, but it’s also basically all over Yara. As long as you’re fighting Anton’s forces around the map by constantly trespassing, you should easily be able to find more medicine.

Medicine basically looks like white barrels/blocks of first aid; watch out for its shiny glint when in enemy locations.

FND convoys appear randomly on the map and look like this.

You can use medicine for the first time when you unlock Montero Farm, which should take you at least a few hours of gameplay at the very least. If you keep picking medicine up and don’t know what to do with it, you’ll eventually be able to use it as long as you just keep completing story missions.

Take medicine to the Foreman to unlock new mechanics and features for your camp, such as the Wingsuit.

READ NEXT: Far Cry 6: Can You Manual Save?