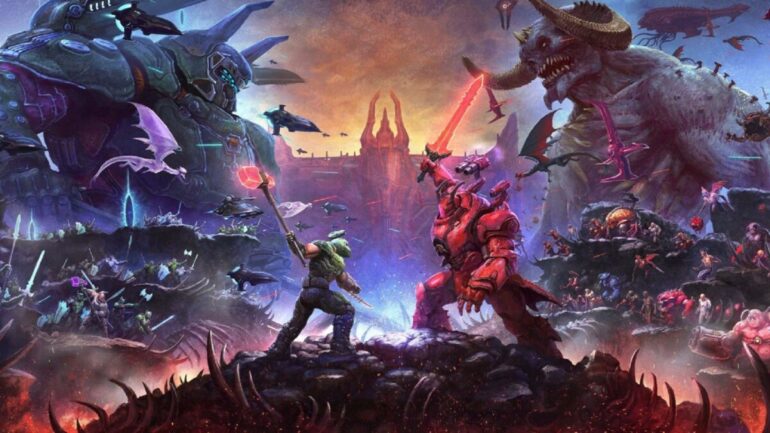 Hope you’re ready to get your head stomped in once again by some incredibly difficult demons, as Bethesda and id Software have dropped the teaser trailer for DOOM Eternal: The Ancient Gods – Part Two, which will pit the ever-lovable Doomguy against The Dark Lord. Check out the teaser trailer below.

What’s Going On In The Ancient Gods – Part Two?

This campaign expansion, the last for DOOM Eternal, is the culmination of Doomguy’s fight with the Dark Lord, with the trailer showcasing the forces of Hell amassing alongside the Dark Lord’s big old mech suit, to fight against the Doom Slayer and a revitalised Sentinel army.

While the teaser trailer only shows a brief snippet of gameplay, with Doomguy wielding a brand new hammer to smack his enemies, it does reveal that we’ll be getting the full trailer on Wednesday, hopefully with a release date to boot. With it being the final campaign expansion for DOOM Eternal, we’re hoping it ends the saga of one of 2020’s best games in excellent fashion.