You can't just shoot a hole into the surface of Mars. 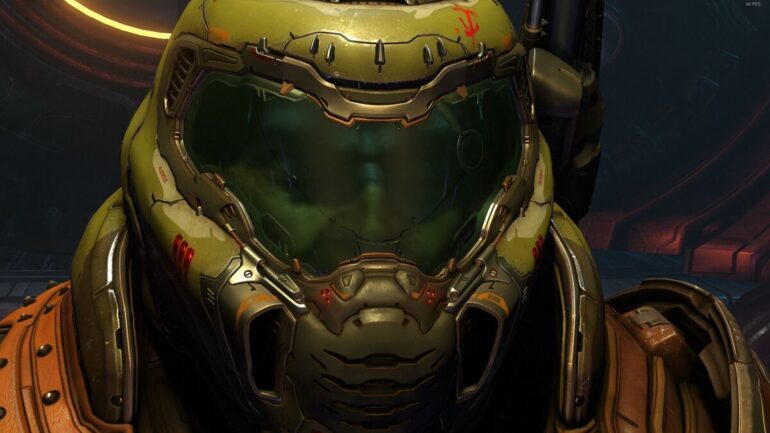 For some people, determining their game of the year for 2020 might be an arduous process, as there have been many games this year that could be considered contenders, most of which we’ll be mentioning in these Best Games of 2020 articles. However, for me. there could one be one true option: DOOM Eternal.

2016’s half-reboot, half-sequel DOOM was one of those unique blends of old and new, taking the core tenets of an old school shooter (big weapons, lots of enemies, plenty of secrets to find) and bringing it to the modern era. Those modern trappings included impressive graphics, fantastic performance on all platforms and an upgrade system that rewarded exploration and experimentation.

It’s why DOOM Eternal became such an anticipated release, as how could id Software possibly follow up on what many considered to be a perfect shooter? For a while, it felt like they might not be able to pull it off, as Eternal was subject to delays, and pre-release reports of features like DLC passes, cosmetic customisation and other gameplay features threatened to dilute the formula.

All fears were laid to rest on March 20th, 2020 as DOOM Eternal launched worldwide and managed to surpass the incredible work that id Software had showcased a few years prior. Not only is DOOM Eternal a superlative follow-up to the previous game, it stakes its claim as one of the best shooters ever made. The only reason why it’s not definitively “the best” is because of those damn swimming sections, but other than that, DOOM Eternal rocks.

The 2016 version of DOOM depicted the Doomslayer, or Doomguy if you prefer, as somewhat of a walking tank. A fast moving tank that can climb ledges, sure, but a tank nonetheless. His approach to engagements is all forwards, chin first at the enemy begging them to take a swing. You were always the baddest creature in the fight, no matter who you’re against.

DOOM Eternal builds on that idea in different ways. Doomguy is a lot more agile now, with combat arenas looking more like bloodsoaked jungle gyms that allow you to get airborne or just more mobile than ever before. On top of that, Mr. Slayer himself is now equipped with a Flame Belch which drops armour after it hits enemies.

Combined with the ammo dropping chainsaw and the Glory Kills and Blood Punches that drop health, combat encounters become a bit more cerebral. It’s not just thoughtless murder, as you now have to assess how to best use your limited resources for maximum profit. Even if your health and armour are low and ammo is scarce, you almost always have a way to make a comeback.

This increase in tools and abilities expanded on the power fantasy the previous game offered, but all that power is just softening you up for the inevitable humbling. With more enemies on screen than ever, plus those nightmare Marauders that require their strategy to beat, you’re again forced to think on your feet. All guns blazing isn’t the right move, you’re forced to adapt to situations where you’re constantly on the backfoot. Always outnumbered, but never outgunned.

Once you do manage to cut that bloody swathe through the demons standing in your way, the elation you feel from standing tall is unparalleled, especially on the tougher difficulties. DOOM Eternal is about as intense as it gets, and sometimes that can become somewhat exhausting, but it’s an experience that’s been stuck in my brain ever since March, and every time I remember it, I smile. If that’s not a sign of GOTY material, I’m not sure what is.

READ NEXT: DOOM Eternal Is The Tutorial For The Ancient Gods