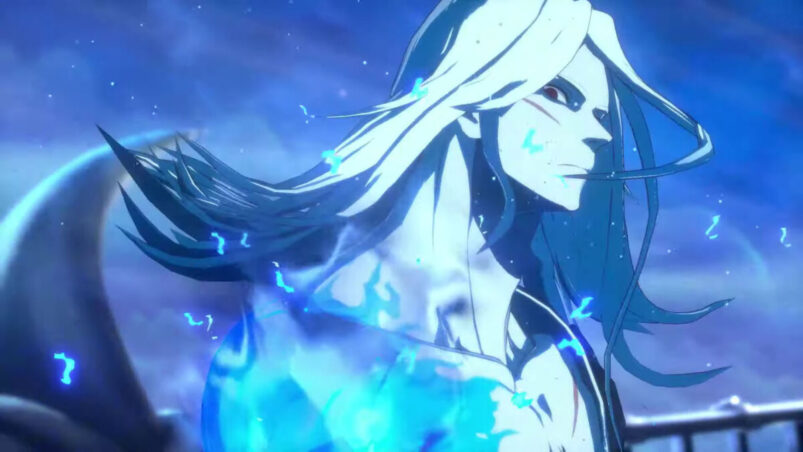 Ghostblade is a gloomy samurai character in DNF Duel who is assisted by the ghost of a legendary warrior. With their powers combined, these two can create devastating combos and setups to make sure their carnage never stops. You’ll want to make sure you’re keeping an eye on your MP meter, however, as it is the only way to summon your ghostly assists.

Ghostblade is an aggressive powerhouse who has an excellent spread of moves. Every normal attack Ghostblade has access to, save for standing A, has excellent range and utility. This includes his Skill Attacks, which have excellent utility. While Ultimate Phantom Slash (S) is primarily a combo piece, Spectral Eradication (Crouching/Down+S) is an excellent anti-air and Drive Slash (Forward+s) is a great long-range punish that can go into Phantasmal Slayer (AS). This can become especially potent when you corner your opponent, where it’s easy to chain combos after high-flying hits.

Ghostblade’s jump attacks are also excellent. Jumping B is a great combo starter that’s hard to punish if blocked at max range, while Cross Slash (Jumping S) is a great air-to-air tool that can start combos with a Ghost: Targeted Hit (Jumping S) follow-up. Landing an air to air Cross Slash leaves you relatively close to your opponent as well, allowing you to start your pressure after landing with a bit of advantage. Jumping A works good as well, but will add a lot of scaling to your combo damage and length if you choose to start combos with it.

The main problems this ghastly duo face are twofold. If knocked down, Ghostblade has few options to cover himself. Where characters such as the Hitman or Swift Master have invincible attacks to reverse pressure, Ghostblade must either block or go for a sneaky Ghost Retracer (Crouch/Down+MP) to escape. Ghost Retracer is also your best way out of the corner, should you find yourself there, which can be caught by opponents who are looking for it. This means you’ll want to play a mostly conservative game where capitalizing on your opponents’ mistakes should be your main priority.

The second main problem is movement speed. Ghostblade doesn’t move particularly quickly, even when running, forcing you to use Ghost Retracer and Drive Slash to get where you need to be in a pinch. This means your secondary focus should be your positioning in order to make the most out of your combos, as it can be easy for your ghost partner’s attack to miss if you’re not on point. 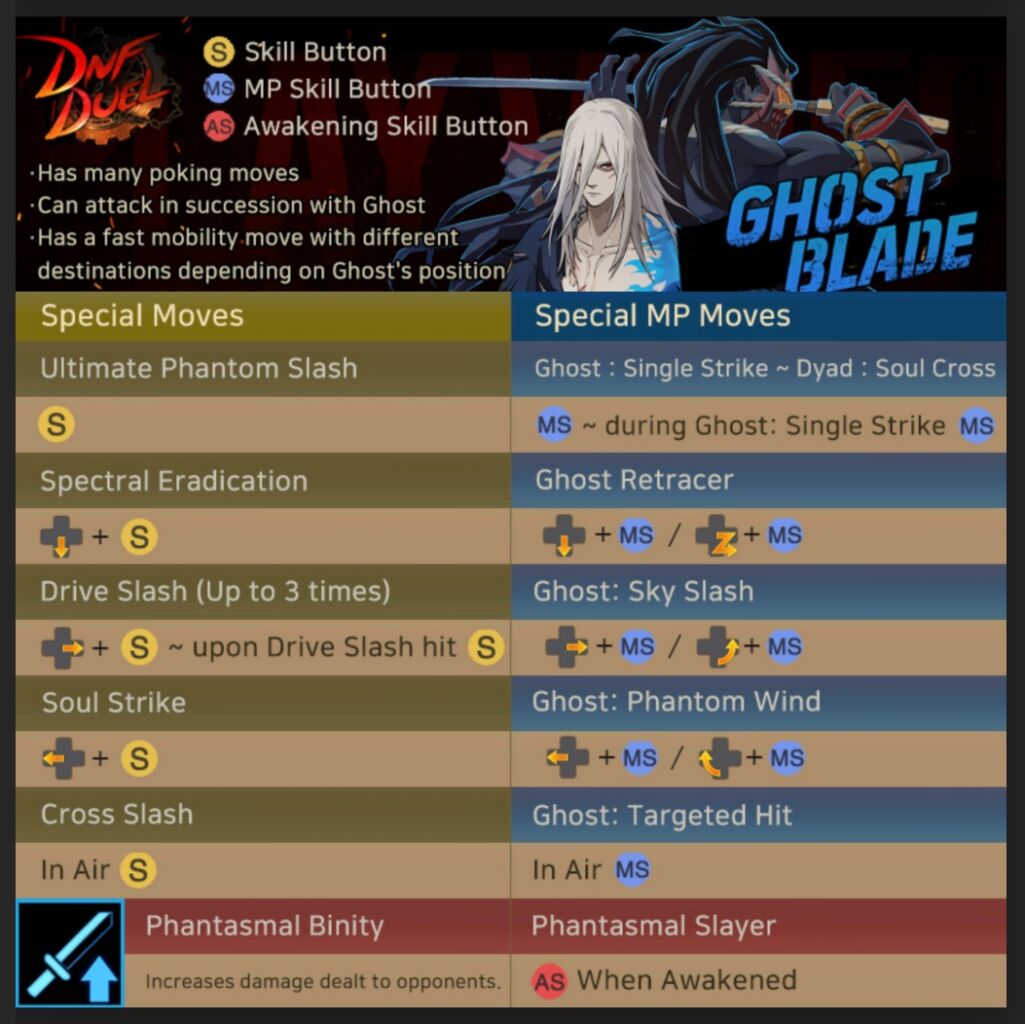 Performing combos with Ghostblade can feel a bit tricky at first. While the tutorial does a good job of showing you some basic applications of your ghostly sidekick, you will want to be focusing on using his attacks like glue to string yours along. Your combos should revolve around the part of the character that you control, with the ghost acting as an assist to chain together your big attacks. Ghostblade’s Skill attacks hit hard and chaining multiple together will mean big damage, especially in the corner.

While you’re able to perform flashy, big-damage combos anywhere on the screen, the otherworldly duo values consistency over style. It’s important to not overextend yourself during combos, with shorter strings aimed at gaining ground more than doing damage being the priority at mid-screen. Once you’ve moved about a character and a half length towards either corner, it’s important to be ready to dish out some big damage by using it.

Below are a few combos that build off of ideas found in the tutorial. It’s important to note that Ghostblade can combo into Phantasmal Slayer after moves such as Ghost: Sky Slash (Forward+MP) and the last hit of Drive Slash. This means you’re able to augment some of these combos to finish off the opponent early where you have larger windows of opportunity.

This combo is a good one for when you land a jumping B midscreen and want big damage. This combo also sets you up for more pressure since Drive Slash puts your opponent right next to you.

This final combo is one that will help you keep your opponent in the corner. If you find your opponent trying to jump to get away from you or one of your attacks, you can nail them with and stop them.