Turfing out some accolades. 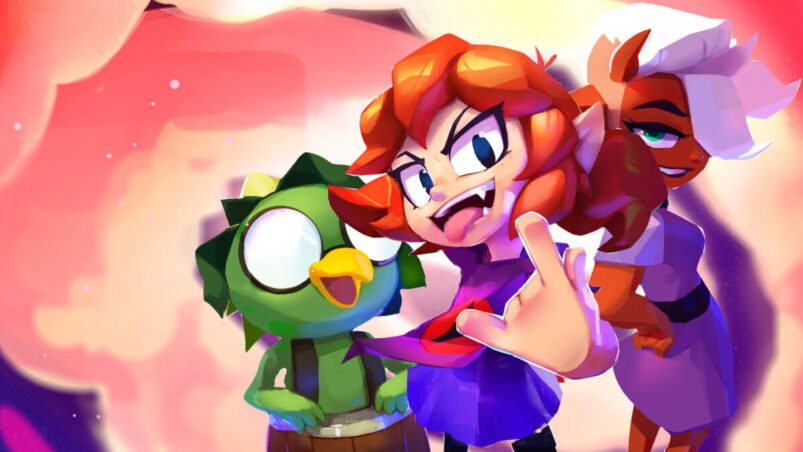 2021. It has been what some call “a year”. To celebrate this collection of sun rotations, we’re looking at the best games of 2021. Next up: Demon Turf.

For as long as platforming has been around, it still takes a certain something special to truly nail the formula. I mean, just look at Balan Wonderworld, a game developed by legendary platforming developers that just couldn’t hold water. That’s why a game like Demon Turf feels like an absolute revelation, as it not only nails the feeling of classic platformers, but does so with a brilliant and different art style while also adding new ideas to the mix.

Demon Turf feels like a perfect mix of genre mechanics, giving players a lot of platforming moves and abilities and throwing them into playgrounds where the most obvious route isn’t always the fastest. The game was made with speedrunners in mind, which is evident by the time trial trophies you can unlock for every single level, but older levels truly come into their own when you’ve got some new toys to play with.

In fairness, main character Beebz already boasts an impressive move set from the beginning, with side jumps, double jumps, long jumps and more all featuring in her repertoire. Unlocking moves like the glide and grappling hook only accentuates your ability to traverse the environment, adding new shortcuts or ways to save time when powering through a level.

With Demon Turf’s level structure being the way it is, you’ll be exploring levels more than once anyway. During the game’s four main worlds, you’ll play through the levels once to unlock the boss fight, only to unlock the return trip levels afterwards, which add new gimmicks and challenges to each other levels. While you’re ostensibly seeing the same level again, the obstacles and gameplay is so radically different that you’ll hardly notice.

Not only is the gameplay stellar, Demon Turf is absolutely loaded with things to do, almost like it’s made to be the most replayable platformer on the market. Aside from the time trial challenges, you’ve got mountains of collectibles, cosmetics to purchase, arena fights, extra hard platforming challenges and Demon Soccer Golf, a strange yet compelling minigame where you use the game’s inherent physics engine to smack a ball through some challenging courses.

Even the combat, which tends to be a bit hit and miss when it comes to 3D platformers, is more interesting than other games. Like Demon Soccer Golf, you’ll use punches and other abilities to bounce demons around an arena, hoping to smash them into obstacles instead of just doing enough damage until they fall over. It can be a bit finicky to use, but it’s a novel concept, and that’s worthy of praise on its own.

When you throw all those wonderful elements together with a story about a plucky underdog wanting to prove people wrong (by taking over the Underworld), Demon Turf proves to be a joyous, challenging and enjoyable journey that’ll stick with you for a while. It’s no wonder a game like that could be considered one of 2021’s best games.