It's about time we saw some of these gems again. 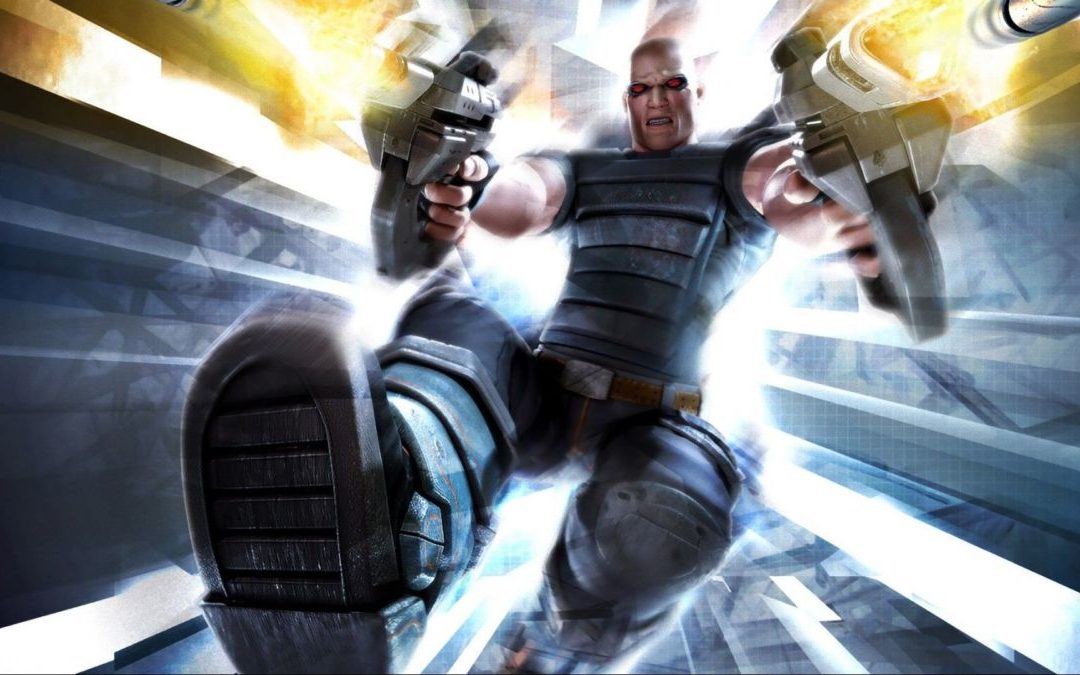 The next generation of game consoles is right around the corner and the future looks incredibly bright. The PS5 and Xbox Series X are promising to offer its players both innovative new titles as well as sequels to the best that current-gen has to offer. But, what about the games that time has forgotten? There’s a well of seemingly dead franchises that would benefit from a new lease of life on the next batch of consoles. And don’t worry – Half Life 3 isn’t on here.

A lot has happened in the world since 2013, but the release of a new Splinter Cell is not one of them. Despite a mostly positive reception to Blacklist, sales didn’t meet expectations and Sam Fisher has been in the shadows ever since. Each E3 of the last few years has seen rumours circulating about a possible revival, leaving fans repeatedly disappointed when Ubisoft don’t deliver.

But what does a new Splinter Cell look like? Top-quality stealth games have been few and far between this generation with Dishonored 2, Metal Gear Solid V and Alien: Isolation being the main highlights. Bearing that in mind, a back to basics Splinter Cell game might be just what the doctor ordered. Having the benefit of time and being able to utilize the new hardware, the title should stick to what it does best: slick and satisfying stealth gameplay and a gritty espionage story.

From a story point of view, there’s little sense in developing a sequel to a story that few people saw. For that reason, a standalone narrative with Sam Fisher at its heart is perfect for pulling people back in and selling it to potential newcomers. And if Ubi could leave Sam off the live service gravy train, that would be even better.

The Red Faction series has gone disappointingly quiet in the years since the release of Red Faction: Armageddon in 2011. Since the IP was purchased by what is now known as THQ Nordic in 2013, there’s been no Martian activity other than the re-Mars-ter (their words, not mine) of the 2009 classic. Whispers of a new game were heard around the time of E3 2019, but those rumours never gained any traction and were as empty as the red planet itself.

Adapting the Red Faction gameplay for modern consoles shouldn’t be an arduous task; the act of bringing down enemy strongholds with an axe and a handful of charges is about as badass a feeling as you’re likely to find. Simply throw players into a bigger, more beautiful sandbox and watch them wreak havoc.

One area that is in need of a revamp is the story that drives you through the destruction. A brave resistance on a colonised alien world feels like the ideal backdrop for a writer’s sci-fi fantasy, but up to this point, the series’ narrative has failed to resonate with the masses. At a time where video game stories are at an all-time high in terms of quality, a little meaning to the madness could be just what the doctor ordered.

Survival horror has seen a real revival over this last console generation, mainly thanks to Capcom’s excellent work with the Resident Evil franchise. There would be no better time, then, for EA to deliver a new Dead Space game. The franchise has been dead silent since the release of the third installment in 2013, and developer Visceral Games was closed down (in typical EA fashion) in 2017 (Kotaku). But the IP still exists and is just waiting for a new studio to come in and terrify audiences all over again.

One of the criticisms levelled at the Dead Space sequels was their slight departure away from the survival horror genre in favour of more action-adventure elements. In the same vein as the aforementioned Resident Evil, a back-to-basics approach that doubles down on the atmospheric horror of the original may just reinvigorate the title, making use of the claustrophobic lighting and paranoia-inducing sound design that will be possible on new consoles.

Narrative-wise, a reboot feels like the most natural way to go. A numbered sequel would have to concern itself with serving the existing canon and could prove to be alienating for players wanting to jump in for the first time. On the other hand, a fresh start allows the developers to carve out a new identity for the series and attract a new generation of fans.

A well-respected doctor accidentally creating a rift in space and bringing an army of prehistoric creatures into our time might sound like something out of a B movie, but it’s actually the plot behind a beloved cult classic. For audiences in 1999, Dino Crisis was a landmark horror experience, one which built upon the survival-horror foundation laid down by Resident Evil by using 3D environments and billing itself as a “panic horror”. Sadly, the third installment flopped and the series has been extinct since 2003.

Selling an idea that seems as corny as this to a modern audience might be difficult, but there’s no doubt in the franchise’s potential with a revamp. Much like Dead Space, going back to the original’s horror roots and trimming away the more action-focused elements might help the release be easier to palette. Perhaps in a similar vein to Alien: Isolation, a stripped-back, atmospheric experience where you’re the defenceless prey to an intelligent predator, all in glorious HD, would make for something truly terrifying.

One of the greatest crimes in modern gaming is the sheer lack of Timesplitters games. In the era where multiplayer games are as popular as ever before, the quirky characters and colourful artstyle feels like it would be a sure-fire hit, if the likes of Overwatch are anything to go by. Word of a fourth game has been circulating over the last few years as THQ Nordic (them again) acquired the rights to the property, as well as a fan remake being consistently teased.

In many ways, Timesplitters would take to next-gen like a duck to water. A brand-new campaign could be a breath of fresh air in a time where FPS games are taking themselves increasingly seriously. And, let’s face it, a series whose identity relies on parodying pop culture wouldn’t be short on material nowadays, would it?

The biggest draw, however, would be a fully-fledged multiplayer mode. The core shooting mechanics have always been solid and they made for excellent couch competition on PS2 and Xbox. The difference now is that more players have online capabilities than ever before, so a whole new audience can check out this wacky universe for the first time. Also, emphasising the eclectic roster of characters usually present in these games by offering them unique stats and abilities would help bring it up to modern shooter standards. The next big online shooter might have been right under our noses this whole time.

Enjoyed this curation of dead video games that we really wish weren’t? We have similar stuff below, as well as a YouTube video you ought to watch:
– Best Free PS4 Games From The PlayStation Store
– 7 PlayStation Properties Sony Should Revive
– PS5 Games: All The Confirmed PlayStation 5 Games