Change of plans! We were initially going to work through this five-part series covering my Top 25 Favourite Hip-Hop Albums of 2015 every Tuesday this month, but seeing as how us Vultures need to hibernate with our families for the holidays, we’re putting up the entire Top 10 early!

10. Southpaw (Music From and Inspired by the Motion Picture) 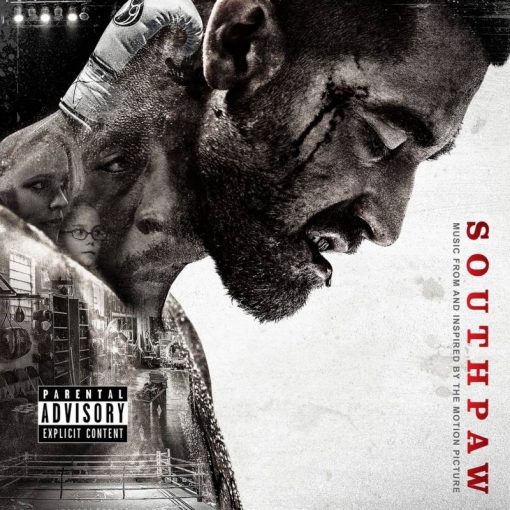 Curated by Shady Records, this soundtrack features songs by most of the Shady roster, including Eminem, Bad Meets Evil, Slaughterhouse, Mr. Porter and 50 Cent. Royce Da 5’9″, who is a member of both Bad Meets Evil and Slaughterhouse also appears with the new group he formed with DJ Premier last year, PRhyme, and there are also appearances from The Weeknd, Busta Rhymes, Tech N9ne, Action Bronson and Joey Bada$$. With the film being about boxing, the soundtrack is of course filled with a lot of pump-up tracks. Eminem is still fully embracing the pop approach on the singles ‘Kings Never Die’ featuring Gwen Stefani, and ‘Phenomenal’, but he still gets back to straight hip-hop on two new Bad Meets Evil songs, literally spitting complex bars until he runs out of rhymes on the 6-minute long ‘All I Think About’. Regardless of how you feel about Eminem’s approach to music in recent years, there is still a lot going on besides the songs he appears on.

One highlight is when Busta Rhymes, KXNG Crooked and Tech N9ne all spit at their high-energy, rapid fire speeds they’re known for over a heavy metal track by Rob Bailey & The Hustle Standard. Another is the new PRhyme track that features Logic at his best: rapping competitively and not trying to sound like any current mainstream rappers. Action Bronson & Joey Bada$$ perform well together on a hard-hitting drum loop, while Mr. Porter, 50 Cent and Slaughterhouse each provide solid tracks. The only real soft moment is The Weeknd’s song, with his singing bringing some variety to the rap-heavy soundtrack. The inclusion of the classic ‘Notorious Thugs’ by The Notorious B.I.G. and Bone Thugs-N-Harmony as the only unoriginal song rounds out the soundtrack nicely, along with the instrumental compositions by James Horner on the intro and outro. It’s a dope collection of songs overall. 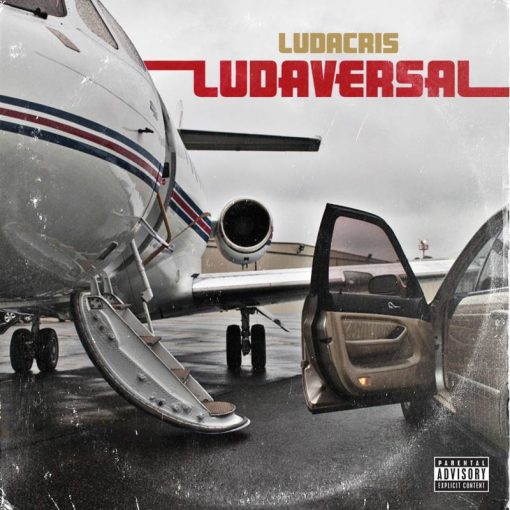 Five years removed from his last album, and seven years removed from his last good album, Ludacris made a triumphant return to music this year with Ludaversal. The time spent away from music, co-starring in the most recent Fast & Furious films seems to have expanded his horizons, and given him the focus to really craft a great album from start to finish. Not that he hasn’t made great albums before, but you can put this new one up there among some of his best work. He starts it off getting right into some rapid-fire raps fans love to hear from him, showing that he can still spit better than a lot of today’s rappers. In fact, the entire first half of the album is a homage to vintage Luda, with his classic sense of humour shown through punchlines and skits, and with both aggressive, braggadocios songs along with party tracks (‘Get Lit’ could’ve been a huge smash hit this year if it had the right marketing behind it).

The second half of the album has a more mature, down-to-Earth Ludacris. While the first half has Luda making Viagra jokes, bragging about his success, “getting lit” when “that liquor get[s] up in [him]” and rapping about how “pimpin’ ain’t that easy,” the second half has a sharp dose of reality, as Luda has songs about failed relationships, his father’s passing due to alcoholism, and real-life consequences of becoming a famous rapper. The album ties together real well, as he starts out with exaggerated braggadocio, then gets into the consequences of that exaggerated lifestyle, before really looking into what it means to be famous (having to give up some integrity to sell, becoming a walking advertisement for brand names, etc). There are moments when the production can get boring and Luda’s rhymes can get really simplistic when he’s focused on making a point, but for the most part he’s spitting sharp again and delivering both what we loved from him in the past as well as a new outlook on life.

8. Earl Sweatshirt – I Don’t Like Shit, I Don’t Go Outside 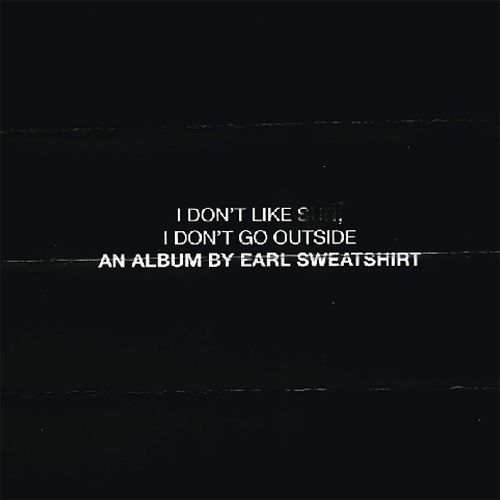 Earl Sweatshirt’s sophomore album is much more gloomier than his 2013 debut, Doris, and also more focused. Produced almost entirely on his own, with the exception of one song produced by his Odd Future comrade Left Brain, it sounds like Earl literally locked himself in a dark room somewhere and made this album to vent. This album has Earl rapping about coming to terms with adulthood, adapting to fame, living up to high expectations, and how his relationships have changed. Often regarded as the sharpest rhyming MC in the Odd Future collective, he continues to hold that reputation here with straight rapping the entire time. Only lasting thirty minutes in length over ten songs, every bar, verse and instrument seems to be carefully placed on each track, making for a seamless full-length listen.

Even though this is such a concise, focused project, Earl isn’t by himself the entire time. The second half of the album has guest verses on almost every song, including a verse from Na’kel he apparently wrote immediately after hearing about the passing of a friend, earning a respectable fifteen minutes of fame (I had the pleasure of seeing them perform the song live earlier this year). Vince Staples also makes an appearance on the very last track, showing yet again that him and Earl have great synergy when they collaborate. Overall, while Doris had more variety to it in almost every aspect, the tighter focus on this album makes it a strong step forward for Earl, and it will be interesting to see where he takes things for his next project. 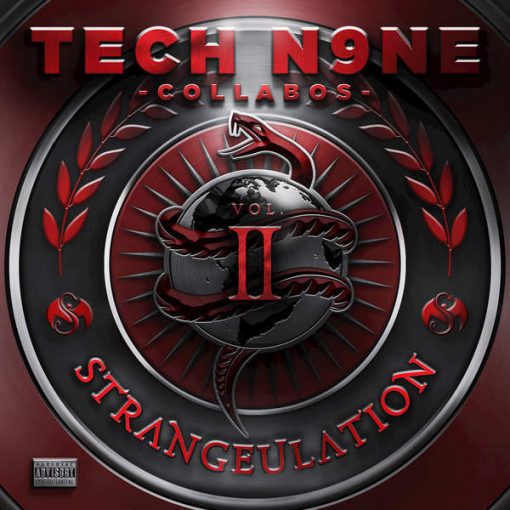 Following the same theme as 2014’s Strangeulation, Tech N9ne is shining light on his whole Strange Music roster, collaborating with pretty much every artist signed to his label throughout the album. With Strange being arguably the best hip-hop record label today, there are plenty of appearances from familiar faces including Krizz Kaliko, Ces Cru, ¡Mayday!, Murs, Stevie Stone, Big Scoob, Rittz, Prozak, and Brotha Lynch Hung, as well as recently signed artists JL B. Hood and Darrein Safron. Just like the first time they did this, they have “Cypher” tracks throughout the album with every MC on the label spitting a verse, except this time they all use beats from old Tech N9ne songs (Tech N9ne himself raps over a beat from an old Ces Cru song). With the cyphers being the highlights of the album, some may find it hard to get through, as it all starts off with a wicked Tech N9ne verse you’ll likely want to repeat several times before moving on. As if we needed a reminder, Tech shows right away he’s one of the most skilled, technically proficient and talented MCs in rap music today.

Not only is Tech N9ne one of the best to ever do it, but all of the Strange Music artists prove they can hang with him on a track. The album starts up with a bunch of turn-up tracks featuring Ces Cru, Big Scoob, and a dope one with Tech, Rittz and Krizz Kaliko showing off their speed on ‘Slow To Me’. There are a couple Halloween-themed songs before the album dives into several songs for the ladies, whether it’s the hilarious kissing sample on ‘Muah’ or singer Darrein Safron getting his croon on for several tracks. This highly sexual part of the album may be its only downfall with the redundancy, but the cyphers between songs hold it together and things soon pick up once ¡Mayday! and Murs step on the scene in the final third of the album. The album ends off nicely with a cinematic vibe as singers Mackenzie O Guin and Tyler Lyon each get to shine with Tech. Overall, dope as expected.

6. Kendrick Lamar – To Pimp A Butterfly 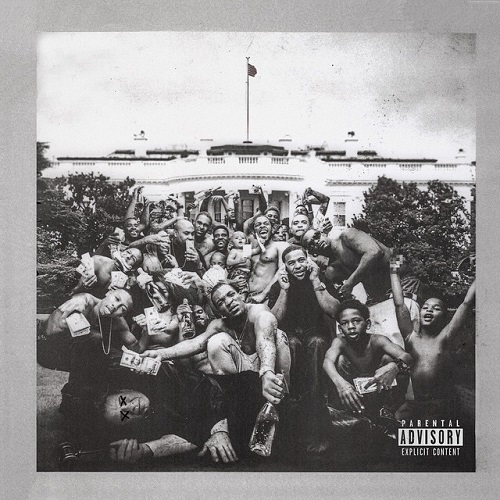 Easily the most hyped, praised and respected album on the mainstream level this year (maybe even across all genres), Kendrick Lamar’s third album is bound to be a classic with all of its cultural impact. It’s filled with hits, dance tracks that aren’t corny, social commentary, self reflection, and thought-provoking lyrics. With all of the ideas presented regarding equality, capitalism, culture exploitation, classism and racism, To Pimp A Butterfly is definitely one of the most important rap albums to come out in recent years. It will almost certainly be remembered for years to come, and there’s not much one can say about it that hasn’t already been said. It’s been nominated for several Grammy awards, topped the Rolling Stones list for Best Albums of the Year, and even U.S. President Obama’s favourite song of 2015 is off of this album.

Not to take anything away from it, but this album didn’t crack the top five simply because you have to be in certain moods to really enjoy some of these songs. If you’re not in the right mood, you’re not going to want to hear Kendrick screaming at himself on ‘u’ or the slow, dull tone on most of the songs in the second half of the album. Even the poem that’s gradually teased throughout the album and eventually used brilliantly to introduce the Tupac Shakur interview at the end can become skippable after several listens. Highlighting these supposed boring moments is just nitpicking though, as there is plenty to love here. While many artists emulate their contemporaries to sound trendy, Kendrick is able to appeal to a wider range of fans by showing his influence from all-time legends like 2Pac, Andre 3000/OutKast, Ice Cube and Nas, and setting himself apart with jazz and funk-influenced instrumentals.