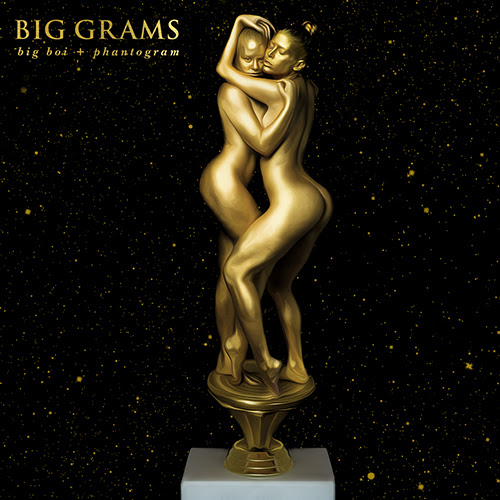 This one was hard to include in the countdown due to its short length (less than half an hour over seven songs), but the short length leaves no room for mediocrity. With this most likely being a one-off collaborative project between OutKast’s Big Boi and electronic duo Phantogram, it’s simply seven songs, all with different flavours and styles to them. Having previously collaborated on a few tracks on Big Boi’s 2012 album Vicious Lies & Dangerous Rumors, they dive deeper into that experimental, electronic vibe, but with more variety. Between Phantogram’s production, Sarah Barthel’s vocals and Big Boi’s rapping, there is a lot of synergy in this group. The guests on this album also shine, as 9th Wonder provides a dope beat that’s the closest to traditional hip-hop the album gets, Killer Mike & El-P show up some braggadocios verses, and Skrillex brings his flavour of house production on the final track.

For hip-hop fans unfamiliar with Phantogram, Sarah Barthel is able to show off her wide vocal range on this album. She can do the catchy pop hooks, the smooth sung verses, the funky, high-pitched singing that remind you of old OutKast songs, and even tries a simple rap verse at one point. Big Boi stays in his comfort zone for the most part, spitting rapid-fire raps, but also effectively playing off Sarah’s singing for the hook on ‘Goldmine Junkie’. Overall this is a very solid project with no real wack moments, but one has to wonder if things would get boring if they attempted to do a full-length 40-60-minute album. 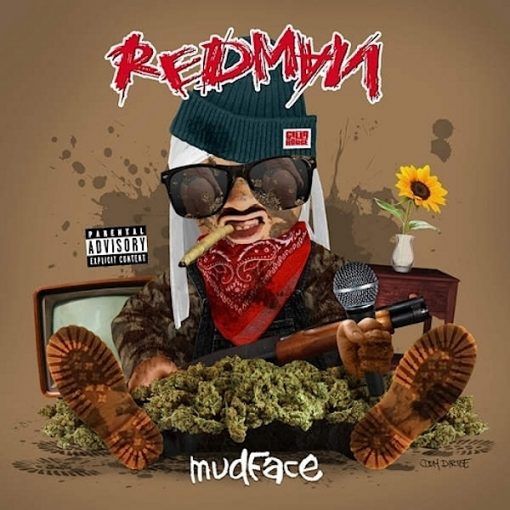 Redman’s first album in five years is apparently just an appetizer to his highly anticipated sequel to his classic Muddy Waters album, and it’s a delicious appetizer that can quickly satisfy any case of hip-hop munchies. Clocking in at about 35 minutes, Mudface is a concise project that has Redman showcasing all aspects of his style that fans have come to love over the past two decades. Nothing about his work has changed, as he delivers exactly what you would expect from him in 2015. The Dr. Trevis character returns to revive Redman (some may remember he was simply Reggie on the previous album) and we just jam out to some fun songs on WKYA Radio (“We Kickin’ Yo’ Ass!”).

Redman is back to spitting hilarious punchline-filled raps over certified head-nodder beats, and even sings some of the hooks smoothly. Those who loved how he stole the show on the BET Hip-Hop Awards Cyphers this year can relive it over and over, as the same verse appears on the appropriately titled ‘Bars’. There’s also of course a couple weed-smoker joints, as Red flows in-pocket over some reggae-influenced beats. With nothing to prove at this stage in his career, the veteran MC cuts through these beats smoothly with his vocals, flowing in-pocket on every track, and sounding like he’s having fun. Even in the few moments with simpler lyrics, Redman’s personality makes him always fun to listen to, and it’s great having him back on the scene. 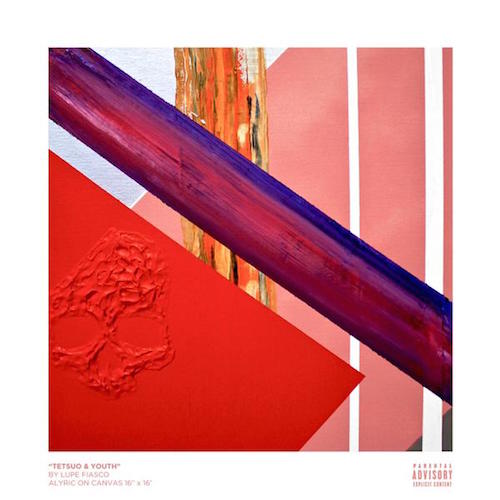 One of the very first albums we reviewed this year, Lupe Fiasco’s fifth and likely final album on Atlantic Records was an early candidate for Album of the Year in the first quarter. This was a return to form for Lupe, as he seemed only concerned with pleasing his day-one fans rather than having a chart-topping pop single. Always incorporating some pop flavour in his music, this album saw him take it back to when it wasn’t so forced and cookie-cutter-like. We’re back to the concept-heavy songs, complex wordplay and metaphors, and vivid imagery. “I prefer my pictures in word-form.”

This album has a few new things we haven’t seen from Lupe before, like how the album and the mood is divided into four seasons (cheerful summer to cold, dark winter), or how the start of three of these seasons each have a beast of a song longer than eight minutes. It takes a really dedicated fan to appreciate this album, as none of these songs are designed to be accessible enough for radio play. None of the songs are less than four minutes long, besides the instrumental interludes separating the seasons, and so even the shorter songs have heavy concepts that take a lot of listening to pick up on. As per Lupe’s norm, the lyricism is strong on this album, but the only real drawback here is the production isn’t always as grabbing as his finer work. The stars seemed to align for Lupe’s first two albums, making it difficult for him to top his classic material, but Tetsuo & Youth is as close as he’s gotten since then.

Even though these were released as two separate albums one week apart, I’m going to treat it as one double-disc project as it was likely meant to be. Ten years ago, The Game released his debut album The Documentary, marking the height of G-Unit’s synergy and arguably the height of Game’s stardom. Gradually falling further and further away from the spotlight with each new album, this double-disc sequel to his classic debut has almost every rap fan bringing him up in discussions of the best current MCs again. Without comparing too closely to the original, The Documentary 2 and 2.5 are a lot of fun to listen to if you’ve enjoyed The Game’s music over the past decade. It really does feel more focused than his other projects, as he’s rapping about the current state of America, the prevalence of gang violence, and the impact gang activity has had on his home city, Compton.

This double-disc project is a lot to take in, with a total of 37 tracks making more than two and a half hours of music. The internet has been debating which disc is better, and to me the second disc is much more consistent, although some of my favourite (and least-favourite) songs on the whole project appear on disc one. Some of the highlights include Game lyrically sparring with Compton’s current star Kendrick Lamar, reworking the beats from classic Gang Starr and Notorious B.I.G. records, getting down to a groovy Will.I.Am beat with Ice Cube and Dr. Dre, explaining how the beef with 50 Cent started on the intro to disc 2, and rapping with his actual son on the sequel to ‘Like Father Like Son’, which appeared on the first Documentary and also features Busta Rhymes. My favourite moment by far is when Game finally gets to destroy a DJ Premier beat on the title track, but that’s of course subjective to taste. With this being such a long album, there are also a lot of moments I dislike, including guest appearances from a Lil Jon wannabe named Jelly Roll, and a skit I never need to hear again that has Game having sex with a chick. The Game has a lot of flavours to his style, and he’s able to cater to all aspects of his game on this project, bringing a little something for every type of hip-hop fan.

Quite opposite to the previous album on this countdown, this is another concise project barely exceeding half an hour of total run time. From December of 2014, Ghostface Killah went on a wicked run releasing three albums within eight months, each of them a collaboration with a different band, and each very short, focused, quality projects. This one came out in February, and the production from Canadian jazz band BadBadNotGood stood out the most among the three most recent Ghostface albums. It’s just as much a BadBadNotGood album as it is a Ghostface Killah album, as many of these songs have Ghost spitting just one or two verses before BBNG takes over with colourful instrumentals. It also has an awesome set of guest features, as Ghostface pretty much delivers what’s expected of him these days, but the unique collaborations make it much more fun.

Some of the highlights on this album include the beat change on ‘Six Degrees’ where Danny Brown makes his entrance flowing right in-pocket, the guest appearance from Elzhi on ‘Gunshowers’, the hilarious pimp character Ghost plays on Tone’s Rap, and of course the guest appearance from DOOM, who’s supposed to be collaborating with Ghostface for an entire album hopefully in the near future. With the album so short, there’s very little room for filler, and most of these songs go hard. The only real letdown is that the short length leaves you wanting more, and perhaps Ghostface could have made his verses more complex. It’s still a fun time hearing Ghostface rap over the BadBadNotGood instrumentation, as well as the guest features all having their styles incorporated perfectly into the songs, finding perfect synergy with Ghost and BBNG.

Remember to check back here on Thursday for Part 4 of the Top 25 Countdown!

Did any of these albums make your top 25 list? Let us know on Twitter @CultVultures or @SYpherSights!