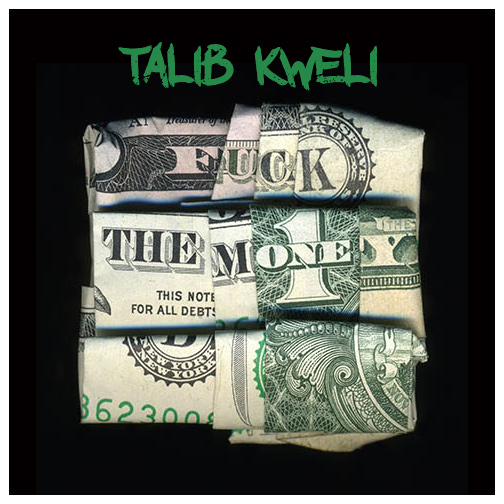 This free album might have been meant to be a placeholder for the summer until we got the more recent release of Talib Kweli & 9th Wonder’s compilation album, Indie 500, but I’m kind of liking these songs more than the new ones. The beats on this album are more up-tempo, and Talib’s rapid-fire raps are able to shine over them. You get pretty much what you expect from Kweli these days: inspiration, motivation, feel-good music, romantic music and some social awareness. A strong advocate for the Black Lives Matter movement, speaking out against police brutality and injustice, Talib of course dives deep into that material here, but he also has some bouncy beats and catchy hooks on the album too.

Fuck The Money is a nice concise project, clocking in at just under 40 minutes, and Talib uses that time to deliver a little bit of everything fans like about him. Some of the standout guests include Styles P, Ab-Soul, a smooth hook from Miguel and a newer MC Talib signed himself, NIKO IS. The closest Talib comes to deviating from his typical comfort zone might be some of these songs where the beat is groovy enough to dance to (not that he hasn’t made dance music before, but it’s not exactly what he’s known for). While there may not be anything jaw-dropping here, there isn’t anything wack about this project, as Talib delivers quality music as expected. Hip-hop fans should definitely dig this, especially since it’s free.

Bonus: check out the recent interview we had with Talib Kweli last month! 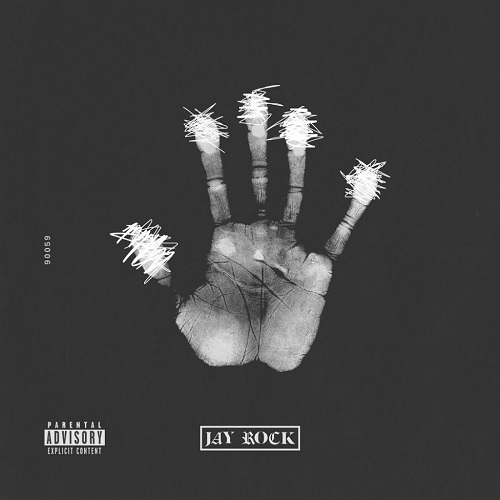 The anticipation for Jay Rock’s sophomore album was high once everyone heard him on Kendrick Lamar’s ‘Money Trees’ in 2012. Naming it after his hometown zip code, this would be his introduction to many fans (including myself) who hadn’t heard his debut in 2011, and who hopped on the TDE/Black Hippy bandwagon after Kendrick blew up. While the album has guest appearances from the entire TDE roster, including the first song with all four Black Hippy members since 2012, Jay Rock is able to shine a light on his own path among the other stars in his crew. He strikes a balance between Schoolboy Q’s gangsta/strip club appeal, Ab-Soul’s wordplay, and Kendrick’s storytelling, except with even more of a street vibe.

Having only heard Jay Rock on a few guest verses before this, his versatility really stands out on this album. Jay’s vocals fit the mood of every song perfectly, from the turn-up tracks like ‘Easy Bake’ to the more emotional tracks like ‘Gumbo’. The only real awkward moment is when he tries to channel his inner-Ol’ Dirty Bastard with an unorthodox hook on the title track, but otherwise his flows cut through the instrumentals easily. Similar to the previous album on this list, there isn’t anything wack about this album, but at the same time there isn’t anything really mind-blowing either. It’s a solid, well-balanced album with production that complements Jay Rock’s style. 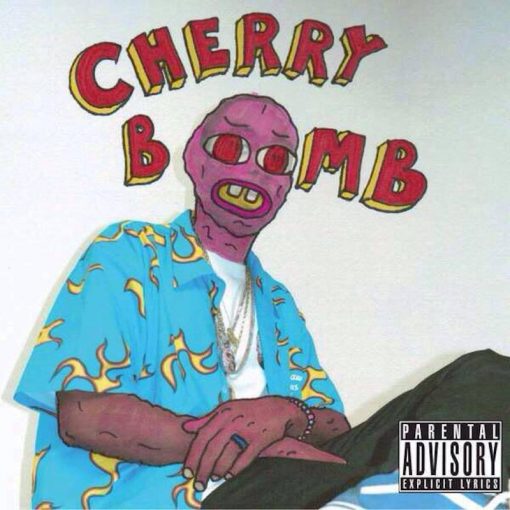 Despite the low rating I gave this album when I first reviewed it, Cherry Bomb has grown on me over the past few months. Tyler has really come into his own as a producer, bringing the best out of the artists he works with and creating a unique sound and style for this album. There is a lot of influence from Pharrell Williams and Kanye West (who both make guest appearances), but Tyler is able to put his own Odd Future twist to their sound and make something that stands out. Seeing him perform live at Riot Fest also really helped his case, as songs like ‘Deathcamp’ and ‘The Brown Stains of Darkeese Latifah Part 6-12 (Remix)’ had the crowd moshing hard. The album isn’t all hardcore though, as Tyler branches out to more smooth, soulful and happy-sounding songs, even singing on a few.

Cherry Bomb is definitely weird and may not appeal to all rap fans, but there’s a lot of fun to be had if you approach it with an open mind. Some of the other highlights besides the previously mentioned tracks include the way ‘2Seater’ has that funny transition into the hidden track ‘Hair Blows’, Lil Wayne and Tyler trading verses on ‘Smuckers’, and of course Charlie Wilson killing the vocals on the lead single Fucking Young/Perfect (which I mentioned in my initial review reminds me of Shaggy’s ‘It Wasn’t Me’ thematically). There are a lot of extremes on this album, as Tyler’s latest music video shows him going from spitting aggressive, controversial raps on one song (‘Buffalo’) to orchestrating an inspirational sung piece of music on another (‘Find Your Wings’). It’s far from perfect, but still a very fun project to listen to. 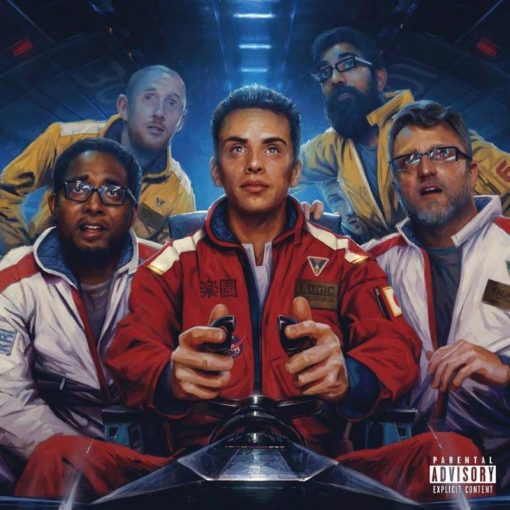 Keeping up the momentum from his debut album, Logic is back with his sophomore effort, which has received similar praise. The Incredible True Story has a cool concept to it: set 100 years in the future, Earth is destroyed and a team of humans are travelling through space in search of a new planet called Paradise. It’s really similar to Deltron 3030, except rather than being part of the adventure itself, Logic is part of their soundtrack, as they listen to “oldies” and play his “second album” during their journey. The concept is dope, but it leads to some corny dialogue, as the characters in the skits give Logic exaggerated praise he has yet to receive in real life. The big picture message behind this album is essentially a call for humanity to stop fighting and to find ways to preserve our planet, which of course is a great message to have, but that doesn’t mean the album is without its flaws.

In addition to borrowing from Deltron 3030, Logic still has a problem blatantly sounding like his contemporaries, this time mainly targeting Drake and sometimes Kanye West. There are some songs like ‘I Am The Greatest’ and ‘Lord Willin” that sound like they were ghostwritten for Drake’s last mixtape but just didn’t make the cut, although Logic does have a lot more versatility than Drake vocally and lyrically. Besides these negatives, this does feel like a step forward for Logic, as he’s getting more involved with the production side of things, and the production on this album is beautiful. Despite biting the sounds of other current rappers, Logic still shows a high level of talent here, rapping and singing better than some of the guys he mimics and showing a wide range of versatility. Overall, I think he really stepped his game up for his sophomore album, but still needs to get away from copying whatever style or sound happens to be trendy whenever he records.

16. Jedi Mind Tricks – The Thief And The Fallen 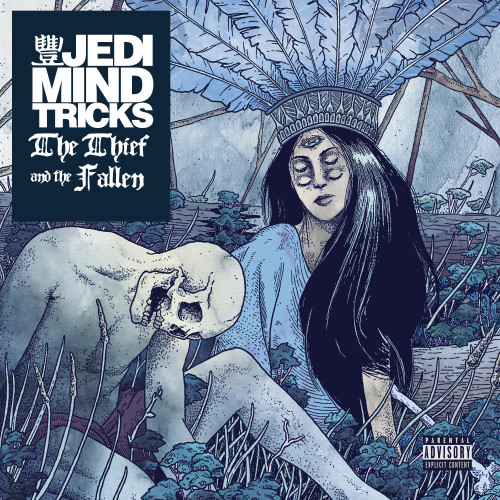 With the roster altering slightly on each of their previous three albums, Jedi Mind Tricks have returned to their original formula of simply Vinnie Paz on the mic rhyming over Stoupe The Enemy Of Mankind’s production. The last time Jedi Mind Tricks made an album with just these two, they made my favourite album of theirs, 2006’s Servants In Heaven, Kings In Hell. I don’t think The Thief And The Fallen necessarily lives up to that classic, but it does have a more consistent vibe most of the way through. The former had more changes in mood and more concept-based songs, whereas this new album for the most part stays in that aggressive, violent zone, with pump-up music that’s best used in the gym. While there isn’t much new territory explored here, it’s still great seeing Jedi Mind Tricks reunite and get back to doing what they do best.

Vinnie Paz has such a unique voice that the production he rhymes over needs to be just right, and Stoupe knows exactly what to lace him with after more than 15 years of working with him. Even with his temporary hiatus from hip-hop music in general, Stoupe’s production is still on point. The majority of the songs on here are just aggressive battle raps that make you want to punch someone in the face (which suits Vinnie Paz as a boxing enthusiast), or add that extra weight to whatever you’re lifting, or get the most kills in whatever shooting video game you’re playing, or answer every question on your exam correctly. It may limit the album to certain situations (like how most mainstream rap is limited to nightclubs), but Jedi Mind Tricks know their niche and are able to dominate it.

Remember to check back here next Tuesday for Part 3 of the Top 25 Countdown!