Valerian and the City of a Thousand Planets REVIEW – Less Visuals, More Story 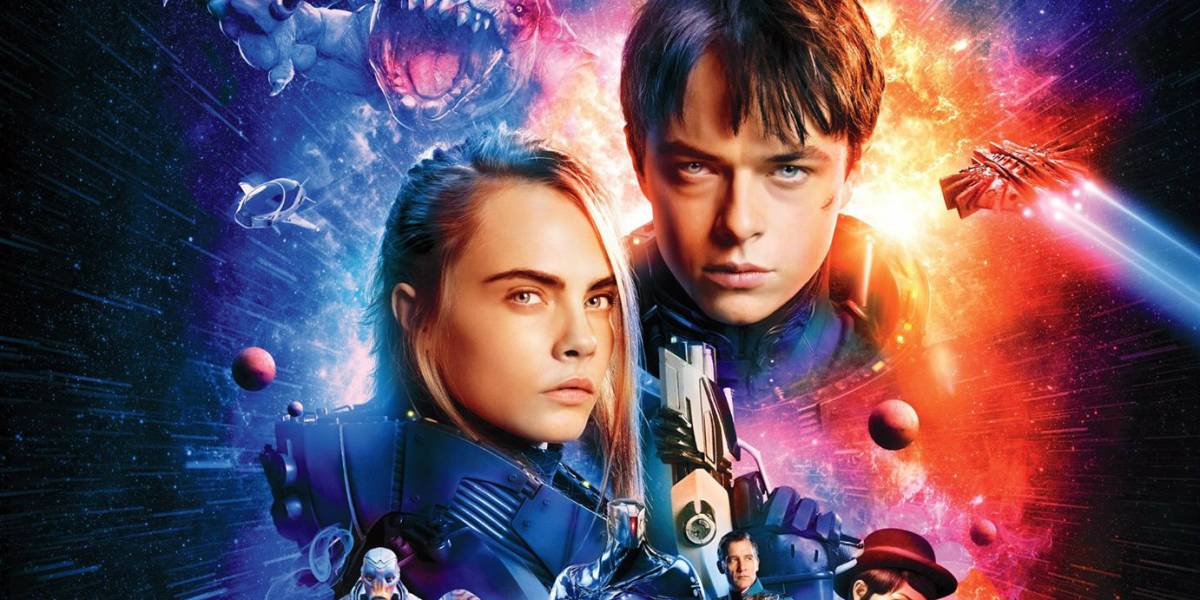 Less is more, as the old saying goes.

That’s all I have to say when it comes to the colossal waste of money and time, Valerian and the City of a Thousand Planets.

A harsh tone, you say? Well, I left the theater 40 minutes before the damn film ended if that tells you anything (it started at 10:00 PM and I still left the show well-past mid-night).

So, where do I begin?

For those who don’t know, this particular film is based off the French comic book series by Pierre Christin and Jean-Claude Mézières. The main protagonists are two space agents by the names of Valerian and Laureline, who both combine their talents to travel the universe and, yeah, you get it. Space adventure stuff from the late 1960’s. It’s a simple idea with an extravagant setting. There’s a lot that can go right in telling such a story, and certainly a lot that can go wrong, as we shall see.

Valerian and the City of a Thousand Planets is set 400 years into the future. We’re introduced to a tropical planet populated by a skinny, wide eyed alien race that is in perfect harmony with nature. Then a fire comes from the sky and consumes the not-so-subtle Navi clones and we’re all supposed to be sad. Then, we’re introduced to Valerian (played by Dane DeHaan) sitting on a beach somewhere in space, which turns out to be a hologram/dream sequence, and an ineffective one at that. After we meet the sassy, hot-tempered Laureline (played by Cara Delevingne), both proceed to give us their backstory in a rather lazy exchange of exposition. And then they wind up on a desert planet where they have to wrestle merchandise from a sluggish gangster-figure. Then they wind up on a massive space station. Then they wind up doing something regarding that skinny race we saw earlier. Then something about an alien nest. Then something about Rihanna doing a pole dance (not kidding). Then–

Are you confused yet? Let that set the tone for remainder of this overdone and completely incoherent mess of a film.

There’s a lot to cover here, largely because there’s so much to digest. We’re introduced to alien species, advanced technology, and modes of interstellar travel. Fine and dandy for a space film. But then we’re bombarded with over-the-top special effects and a world which is 99% green screen. Sound familiar? Hate to say it, but it looks like we have ourselves a film that hasn’t learned the lessons of the infamous Star Wars prequels. Amidst an onslaught of digital exploitation, if you will, we lose too much in the story and the characters. This goes with general interest in the overall film. Just as a few examples, we have a massive space station with millions of people and ships literally crammed into the screen at once. We’re also given a blinding array of neon colors and lighting that leave you disoriented at times. And, better yet, we have characters who’re able to digitally fall through layers of floors, walls, cement, and metal without getting even a scratch in the slightest.

Again, a lot to cover in that area, but the “suspension of disbelief” needs not apply here, believe me.

I also couldn’t help but noticing less-than-subtle “borrowings” from other space adventure/sci-fi related films. The Navi-looking people at the beginning of the film is a no brainer, but this is made further apparent with the Trekky-looking clothing worn aboard the space vessels, the nest-like environment of which a combat team is mysteriously wiped out, and – brace yourself – the three aardvark-looking aliens that are quirky, clumsy, and drop several dim-witted one-liners (yeah, a Jar Jar reference – they’re not as obnoxious, but they’re up there).

Yeah, this one makes it pretty easy to throw the towel in.

All in all, I’d say the worst thing about this film is that it definitely had potential. The characters were there and actors were there, but there was just so much shoved into both the plot and background that all the positives were smothered into oblivion.

DeHaan and Delevingne tried their best in their performances. That paid off in places, but the rest of the film just did not hold water.

Verdict
"Special effects without a story is a pretty boring thing." - George Lucas.
3
Cultured Vultures is a pop culture website established in 2013 covering all things gaming, movies, and more. We eat your words.
All The News On The Biggest Games