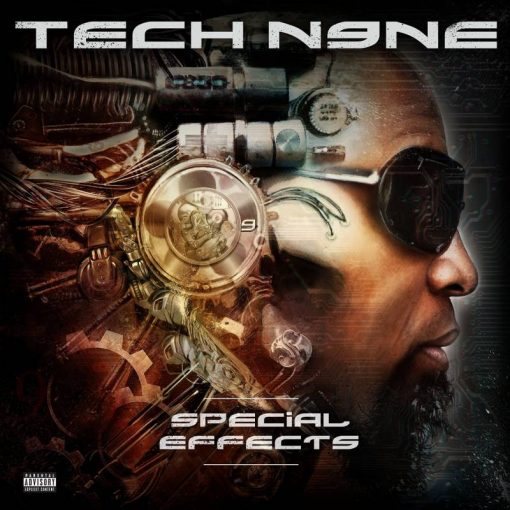 That’s right, Tech N9ne released two albums this year, and they’re both dope! Probably the most diverse-sounding hip-hop album of 2015, Special Effects sees Tech N9ne channel flavours from goth-inspired rap, gospel, club-rap, heavy metal, rock, trap, opera, and even EDM/dubstep. No matter what type of hip-hop fan you are, Tech N9ne made sure to serve up something on this album to please everyone- and he makes it flow smoothly too. The gothic/gospel songs are at the beginning, progressively becoming more aggressive until we get a full-out heavy metal song with Slipknot’s Corey Taylor. The middle of the album is a party section featuring 2 Chainz, B.o.B., Lil Wayne, and E-40, which moves into a section with rock-influenced production and lots of guitars, before ending on an emotional tone with slow-sung choruses in the final section.

On the surface, to the uninitiated, Tech N9ne may appear to be a one-trick pony as simply a “speed rapper,” but this album, like many before it show that he can adapt to any and all styles of music. Even when he branches out to sounds that seem more like a push towards pop, Tech never compromises, as even these pop or club songs sound like they were made organically, rather than just cookie-cutter industry songs that could be filled in by any rapper. Some of the highlights on this album will go down as highlights in Tech N9ne’s near two-decade-long career, including a third installment to the song ‘Psycho Bitch’ featuring Hopsin (and sampling theme from Halloween), and a monumental collaboration with Eminem where you can actually hold a debate on who had the best verse. There are a lot of fun moments on this album, and a lot of deep, emotional, thought-provoking moments, and Tech N9ne proves to be at his most versatile through all of it. 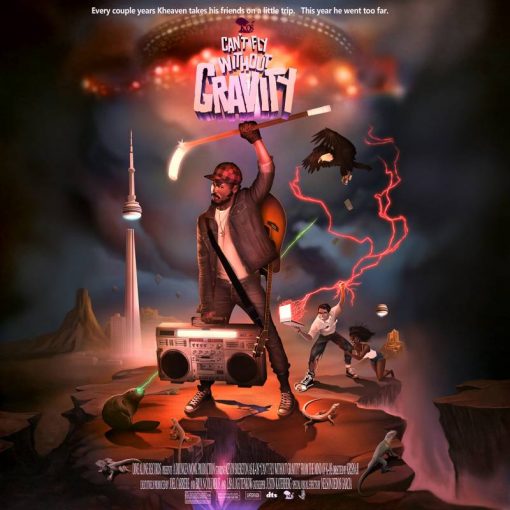 A legend in the Canadian hip-hop scene, k-os returned this year with his sixth album and flew under the radar for most music fans. He’s back sounding as hungry as he’s been in years, calling out wack MCs while still having a lot of fun. Always one to fuse rock, pop and folk flavours into his music, he blends genres seamlessly here but still brings more… chaos than his previous album, 2013’s BLack On BLonde, which was more organized with one disc being rap and the other being rock. With this album, k-os will move from spitting bars over head-nodder beats to singing soulfully over his guitar riffs before you even know what hit you. He’s also always provided good dance tracks with each album, and this one is no exception as ‘Hussle & Flow’ has a bit of a Caribbean-flavoured, EDM-influenced beat that sounds right at home in 2015, and ‘Get Up’ has a combination of rapid-fire flows and a soulful hook that reminds you of vintage Andre 3000.

K-os is really a one-man army making his triumphant return to music, as he handles the majority of the production himself, playing his own instruments and both rapping and singing. It’s really underrated the way k-os is able to make good pop music without sounding like a tool of the industry. Every musical choice he makes feels organic, whether it’s speed-raps over a drum machine, loud rock singing over rapid guitar riffs and actual drums, or more calm, melodic singing. Besides a stellar performance by k-os himself, all of the guest features on this album appear on the same song: the epic ‘Boyz II Men’ that unites several of Toronto’s all-time and current legendary MCs, including Kardinal Offishall, Shad, Saukrates, Choclair and King Reign. K-os shows that he can hang with Canada’s greatest MCs, while still being able to step away from hip-hop and rock out. Very few MCs are capable of jumping between genres so seamlessly and making it sound as good as when k-os does it. 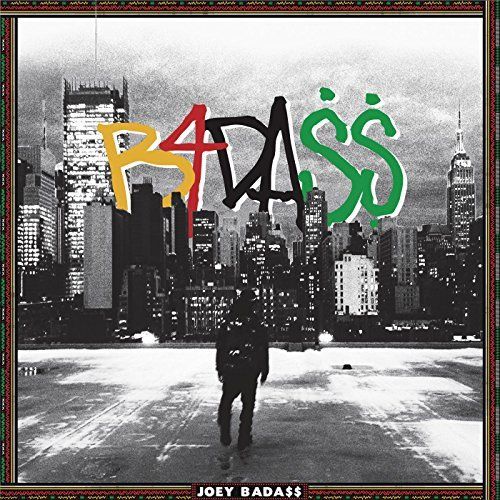 Released on his champagne birthday (age 20 on January 20), Joey Bada$$’ debut album has stood the test of time so far and remains one of the year’s best albums eleven months later. Channeling his love for classic 1990’s hip-hop, the production on this album takes you back and brings out almost every flavour from the 90’s. You have the boom-bap of DJ Premier’s production, the smooth, relaxing vibe of J Dilla & The Roots, and emulations by other producers that remind you of A Tribe Called Quest, Wu-Tang Clan and OutKast. The bonus tracks even include a groovy dance tune featuring Kiesza that could fit in with the chart-toppers of any era. You can play this album from beginning to end and you’ll never get bored, because there’s always another flavour from the 90’s to get into.

While Joey Bada$$ doesn’t really have much to say that we haven’t heard before in hip-hop music, he’s still lyrically sharp with clever wordplay and great songwriting. His hooks are catchy and addicting, yet he’s very uncompromising with his art, clearly being fully invested into the music he’s making. Predominantly handling all the vocals himself, the only guest features provide reggae chants or sung hooks, with the exception of a standout guest verse from Raury. Working with many of the same producers who worked on Joey’s mixtapes leading up to this debut (with a little extra from Statik Selektah), Joey is able to craft a great debut album with just the right amount of every style he brings to the table. We’re bound to hear plenty more from Joey Bada$$ and the Pro Era crew for years to come. 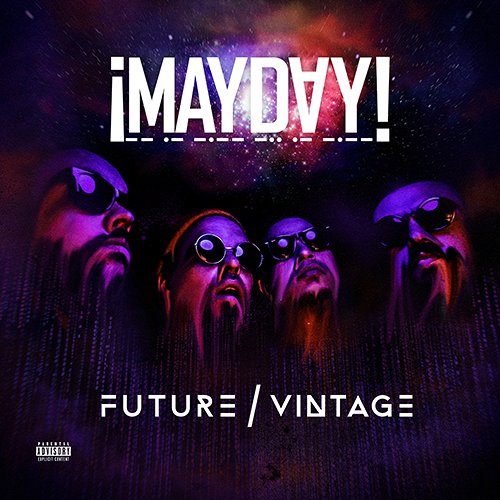 Having released a new album every single year since 2012, this is ¡Mayday!’s fourth album on Strange Music, and it’s dope like all of their previous work. This is also their longest album to date, but not my much, clocking in at just under an hour and twenty minutes. Despite some band members missing from the album cover, they still have the same synergy, and Bernz and Wrekonize are able to play off each other’s skills as vocalists, each having a unique approach to flowing over the same beat. With most of the production being handled in-house by Gianni Ca$h, Plex Luthor or other band members, they’re able to create their usual blend of rock and rap beautifully, but this time also using their live instrumentation to make more traditional hip-hop sounding beats. Here they’re not afraid to experiment a bit either, really putting their southern Florida roots on display with some spicy instrumentation on ‘Something In The Air’, and Wrekonize going full soft-rock, singing all the way through at least half of ‘Against My Better Judgement’.

¡Mayday! is able to achieve a great balance between fun, up-tempo tracks and more serious, emotional ones. One moment they’ll have you celebrating dive bars (with a catchy hook from Stevie Stone) and the next you’ll be rioting against police militarization. Other guest MCs include Ces Cru and the label boss himself Tech N9ne, but otherwise there is enough vocal variety between Bernz and Wrekonize to hold the whole album together. Wrekonize is really expanding his horizons here, sounding more and more confident in his singing abilities as well as his already proven rapping capabilities. He can be just as dope spitting rapid fire raps or singing soft melodies, and Bernz’ hype approach to rapping brings a good contrast to balance things out. Overall this is another great addition to ¡Mayday!’s discography, as their risk-taking continues to pay off with their experimentation.

1. Czarface – Every Hero Needs A Villain 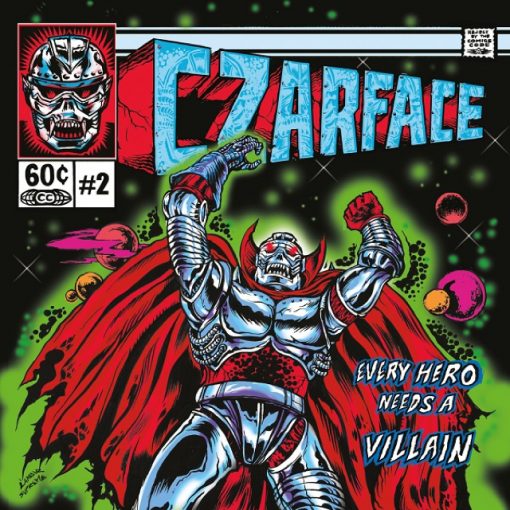 Teaming up for the second time, Army of the Pharaohs’ 7L & Esoteric and the Wu-Tang Clan’s Inspectah Deck have topped themselves for their sophomore album as the group Czarface. Both being known for their standout verses on large posse cuts, Esoteric and Inspectah Deck show more chemistry on the mic than before, and 7L has improved on his production, making some of these beats evolve between verses. Ultimately, this makes for a near perfect combination of sharp rhymes over hard beats, and nothing but pure hip-hop. There is plenty of wordplay and comic book references between the two underrated MCs, and the star-studded list of guest features are all incorporated into the album in ways that maximize their synergies. Method Man appears on a bouncy beat you could see him and Deck performing at Wu-Tang concerts, Large Professor flows in-pocket over a certified head-nodder, MF DOOM’s stylistically off-beat flow slices through a minimalistic beat, and GZA closes out a track after Deck and Eso lay waste to a chaotic instrumental.

Some other highlights include R.A. The Rugged Man’s guest verse on the final song, Deck and Eso flowing back and forth on ‘Lumber Jack Match’, and of course the eight-minute-long ‘Escape From Czarkham Asylum’, where 7L keeps things interesting by constantly switching up the beat on the two MCs. Coming off two Army of the Pharaohs albums last year, Esoteric is used to steep competition on the mic, and having a legendary Wu-Tang member sharing every track with him keeps him sharp. The competitive spirit of this group has the same effect on Inspectah Deck’s performance, and it could be argued that this may be Deck’s best album outside of any group project with the Wu-Tang Clan, as he’s really able to shine over 7L’s production. Some may find the straightforward approach of wordplay-filled, sharp, braggadocios rhymes over hard-hitting beats to be dated, but as a hip-hop fan it’s hard to turn away when it’s done this good, and by such reputable artists.

And that’s the end of the countdown! It seemed there were way too many hip-hop albums to keep up with this year, but we tried to lay out the best ones. Which ones were your favourites of 2015? Were there any albums you think we left off the countdown (of course there were!)? Let us know on Twitter @CultVultures or @SYpherSights! Happy Holidays!