Chainsaw Man Beginner’s Guide: Everything You Need To Know 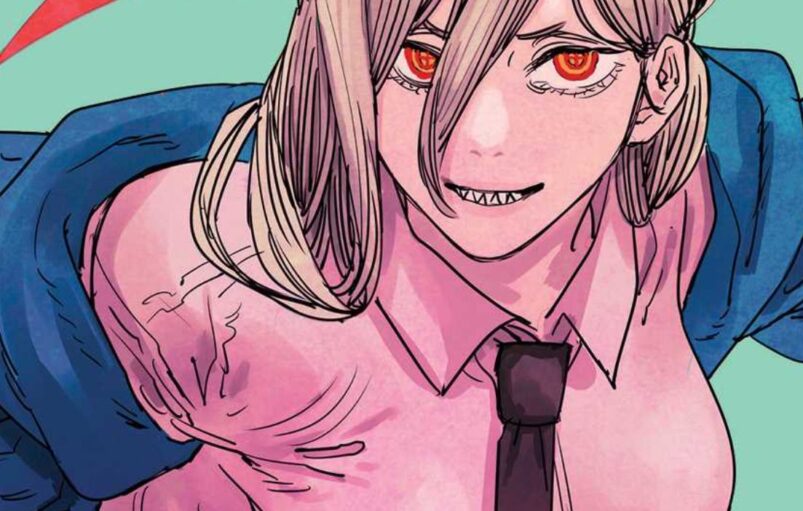 Anime is usually known for its light-hearted themes, strong depiction of bonds, and tons of humor, but Tatsuki Fujimoto’s Chainsaw Man takes a more violent approach. After young Denji is burdened with the debts of his late father, he and his superpowered pet dog Pochita take up dangerous devil hunting gigs for the Yakuza.

When a job goes terribly wrong, Pochita, who is revealed to be the Devil of Chainsaws, replaces itself with Denji’s heart, transforming him into the Chainsaw Man. The manga is full of uncensored gore, and spectacular fights, which have earned it an anime adaptation by Studio MAPPA.

Having a hard time keeping up with everything? Well, your struggle ends here as we’ve compiled a Chainsaw Man beginner’s guide for all your queries related to the manga and anime. Dive into the sinister yet eye-catching world of devils and devil hunters below.

Chainsaw Man was created by Tatsuki Fujimoto, who serves as both the writer and Illustrator. You may know Fujimoto from his dystopian dark fantasy manga Fire Punch, which he created back in 2016. After ending Fire Punch, his next work was the manga that became a sensation, Chainsaw Man.

Fujimoto has stated on many occasions that he took inspiration from many manga while creating Chainsaw Man, including Jujutsu Kaisen and Dorohedoro. What’s more surprising is the fact that both Dorohedoro and Jujutsu Kaisen are animated by Studio MAPPA. Concerning this, Fujimoto said:

In Chainsaw Man, Denji is struggling to pay off his deceased father’s debts to the Yakuza, so to compensate he never says no to a job. But that’s not all to Denji, he’s also a caring and compassionate person as is shown when he rescues a dog he later names Pochita.

It was that same kindness which would later save him as when Denji gets brutally murdered on a job, Pochita becomes Denji’s heart. Now as the current Chainsaw Man, Denji’s ripping and tearing through his foes one after the other. He eventually catches the attention of the Public Safety Devil Hunter Makima, who recruits him for her organization, finally giving Denji a purpose for his life.

Chainsaw Man is dark, and that’s to put it lightly. The manga features exceptionally well-written fights, with edgy humor blended in. The manga is regarded highly within the industry due to its focus on not compromising its quality, even when it comes to illustrating gory and sinister shots.

Who Are the Main Characters in Chainsaw Man?

Denji is the protagonist of the Chainsaw Man manga series. Though he’s not the most intelligent character in the manga, he’s certainly clever and kind. Since inheriting the Devil of Chainsaws, he’s been afraid that he might become emotionless and end up hurting others.

Next up is Makima, a Public Safety Devil Hunter who’s also the head of some divisions. She’s cunning and extremely manipulative, which can be seen when she tries to take Denji under her control through alluring promises. Makima also serves as the antagonist of Chainsaw Man’s Public Safety Saga.

Aside from Denji and Makima, there are tons of more vibrant characters throughout the manga. One of whom is Power, Denji’s Devil Hunting partner assigned by Makima. She irritates Denji a lot at first, but as the story progresses their friendship is deepened.

Then there’s Aki Hayakawa, who’s also a team member of Makima’s squad. He’s possessed by the Gun Devil, and though that may be frightening, he does his best to help Denji and the guys out.

Where to Watch Chainsaw Man

To watch the incredible story of Chainsaw Man, you’ll have to wait a bit longer as the anime is set to air in October 2022. Studio MAPPA picked up the manga a while back and has since been hard at work bringing the characters to life.

You can view the trailer on YouTube to see a glimpse of what wonderful, gory, and stunning adventures await. Studio MAPPA has confirmed that, like the manga, the action sequences will be uncensored, so prepare yourself to see a lot of red once the anime begins.

While it’s unclear if the anime will come to Netflix, it’s been confirmed that streaming on Crunchyroll will begin this October. As the release date draws closer, we’ll keep you updated with all the latest announcements.

Where to Read the Chainsaw Man Manga

The Chainsaw Man manga was released back in 2018, and since then over 100 chapters have been released and distributed as numerous volumes. The manga is actually divided into two parts, of which the first one covers the Public Safety Saga, while Chainsaw Man Part 2 began in July 2022, and depicts the Academy Saga.

As of 2022, the manga has sold over 15 million copies, making it one of the best-selling franchises of all time. If you’re looking to read some Chainsaw Man, we recommend checking it out on the official Manga Plus website by Shueisha, or alternatively, you can use Mangadex.

Meanwhile, Amazon or Indigo are the way to go if you prefer having hard copies.

Anime You Should Try After Chainsaw Man

Chainsaw Man isn’t for the faint of heart, so based on that, here are some of our top picks that’ll prepare you for when it releases.

If Chainsaw Man has intrigued you, definitely give Jujutsu Kaisen and Dorohedoro a chance. While Jujutsu Kaisen excels in spectacular action and flabbergasting visuals, Dorohedoro compensates for those missing fights with splendid world-building.

Another solid anime to consider is My Hero Academia, which isn’t that dark in tone when compared to Chainsaw Man, but what they both have in common is a world full of endless heroes and villains.

When talking about dark fantasy, it’s impossible not to mention Berserk. Kentaro Miura’s Berserk may not have received the anime adaptation it deserved, but the manga still holds the number one spot in its genre to this day. So if you’re in the mood for having a great read filled with detailed depictions of action and gore, Berserk is undoubtedly the way to go.