Call of Duty: Modern Warfare’s Cross-Play Will Be Input-Based

No getting destroyed by mouse and keyboard players. 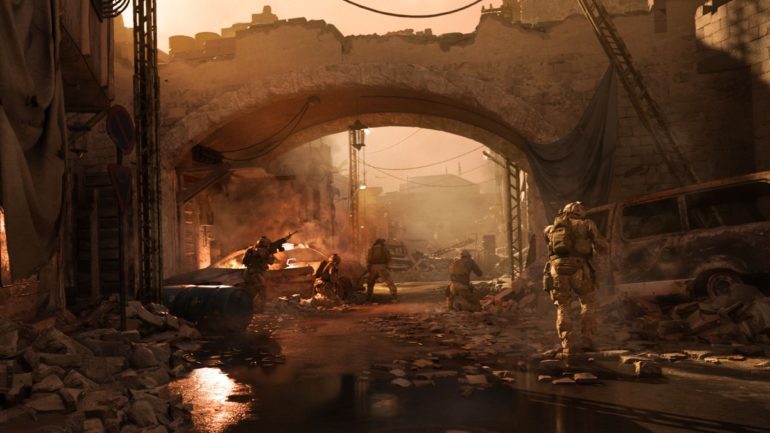 A new Forbes article, along with a tweet from an Infinity Ward producer, has revealed how the cross-play matchmaking will work in the upcoming Call of Duty: Modern Warfare reboot. Simply put, the cross-play between PS4, Xbox One and PC will be input-based, similar to that of Fortnite. If the game detects you’re using a mouse and keyboard, you’ll be paired with the same players. However, if you’re a console player in a party with a PC player, you’ll be matched with primarily PC players.

When reporting on this news, however, Eurogamer brought up an incredibly good point. Modern Warfare will continue the Call of Duty series’ trend of Sony and PS4 players getting early access to future content a week before everyone else, despite the fact that all maps and content updates will be free to all players. It’s safe to assume that the DLC will include new maps, so will that relegate PS4 players to their own matchmaking pool for a full week? The answer isn’t clear right now.

Activision and Infinity Ward have also outlined the various editions of Modern Warfare that’ll launch, and yes, the new game will include the very controversial COD Points, with the Operator Enhanced Edition granted 3000 CP “once they become available in-game”. With new significant updates free to everyone so the player base doesn’t become fragmented, you have to wonder how COD Points will be utilised to fund the future development of Modern Warfare.  Will the benefit of no Season Pass lead to worse implementation of CP?

Get all the intel you need.

Pre-order the digital edition of #ModernWarfare that's right for you here: https://t.co/JBSnaFF3av pic.twitter.com/i9iUxXL8aP

There’s a lot of unanswered questions still floating around, but it’s clear that Modern Warfare is doing most things differently than the rest of the series. We just hope they approach COD Points in a better way than they did with Black Ops 4. What are your thoughts on Modern Warfare? Sound off in the comments.