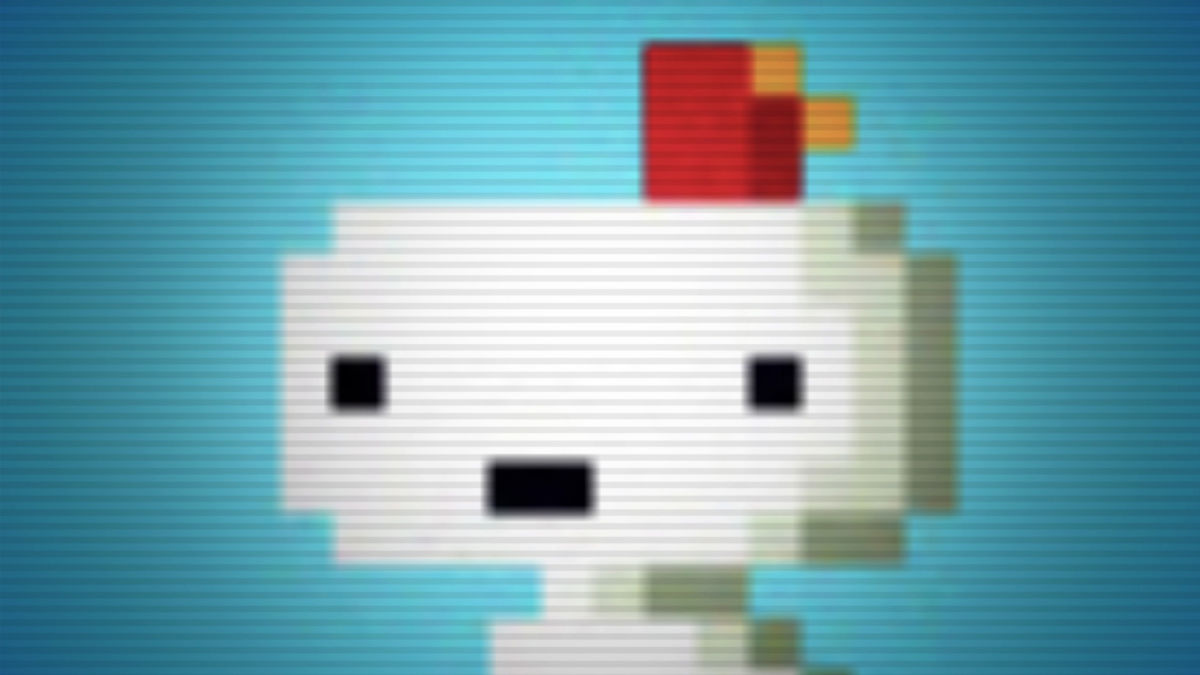 From rivalries to egomaniacs to stories of grief, there's a lot here to tuck into. 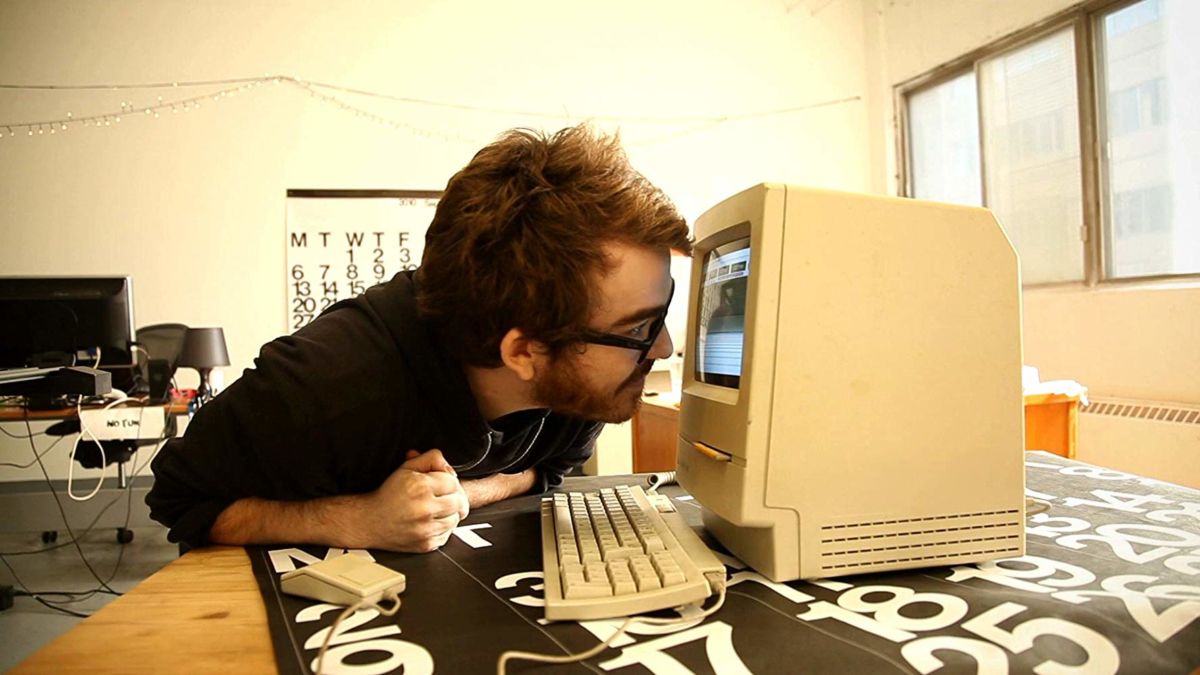 How difficult is it to develop an indie game? Based on today’s flooded market, it may not seem too hard, but Swirsky and Pajot detail the complex process behind three indie favorites – Super Meat Boy, Fez, and Braid.

Indie Game: The Movie follows the minds behind these popular and successful titles to show that building a game from the ground up is no easy feat. Things are made even more difficult without the big budget of AAA publishers.

Swirsky and Pajot started with over 300 hours of footage that included interviews with leading indie developers, but the film has been cut down to show the various stages of game development, including what happens after it’s released.

Indie Game isn’t intended as a deterrent to wannabe developers, but a realistic look at the hard work that goes into these titles.

The advent of virtual worlds has allowed us to escape our reality and create a new life. Second Skin approaches this concept with care, following the lives of several MMORPG players that have been affected by the popular medium.

From EverQuest II to World of Warcraft, Second Skin shows how these massively online games can change our lives, either by connecting us with others like us or completely overtaking our lives. You’ll see players who have lost it all and follow those that have found love and friendships.

Second Skin may serve as a warning to the potential pitfalls of these games, but it avoids coming across as biased by showcasing the positive impact they’ve had on some.

You wouldn’t know it today, but there was a time when the fate of the video game industry was unknown. For many, it was well before their time, during the early 1980s when Atari dominated the market.

Atari: Game Over tells us of the video game crash that struck North American in 1983. To frame just how bad things were, the filmmakers, alongside Fuel Industries and Microsoft, excavated nearly 1,300 games that had been buried by Atari, Inc. And that was a small fraction of the 700,000 games that Atari admitted to burying.

Game Over focuses on the dig while also painting a grim picture of the video game industry. Thankfully, it bounced back, but the documentary is still a fascinating watch.

7. Chasing Ghosts: Beyond the Arcade

Before we were tied to consoles, devoted players were at the arcades for hours at a time. They pumped quarter after quarter into machines, vying for that top score. It was a competition, much like the modern Fortnite and Overwatch tournaments of today.

Chasing Ghosts: Beyond the Arcade follows the history of arcade competitions, from Walter Day’s creation of the Twin Galaxies International Scoreboard to the Life magazine spread that put video games in the spotlight.

Interviews with the players that joined Day on the cover of Life revisit the golden age of arcades, which leads to conversations of their ultimate demise.

There are those that may point to strong female characters like Lara Croft and Jill Valentine as evidence that sexism is nonexistent in the video game industry. Shannon Sun-Higginson, however, took her own approach to prove that not only is it there, it’s frequently out in the open.

For her documentary, GTFO, Sun-Higginson doesn’t look at the games themselves, but at those playing them. It makes sense considering the idea for the documentary came after she witnessed outward sexual harassment during a live stream of a gaming competition.

GTFO looks to industry leaders, players, and journalists to discuss the prevalence of sexual harassment in the gaming industry. Her work was praised for avoiding sensationalism for a more grounded approach to what’s become a controversial topic.

When Blizzard launched Warcraft III: Reign of Chaos and The Frozen Throne expansion, it had no idea that impact it would have on the multiplayer community. Free to Play takes a look at this influence, which came about in the form of the Defense of the Ancients mod.

The documentary, which was produced and distributed by Valve, follows three professional DotA players and their participation in the first International, which went on to become an annual eSports tournament for Dota 2.

Free to Play shows how the lives of these three players were changed by their devotion to DotA and how the release of Dota 2 furthered their struggles. The best part of the documentary is that viewers don’t have to be familiar with Dota to understand and enjoy it.

4. Minecraft: The Story of Mojang

Minecraft is one of the most wildly popular games of the last decade. How did a game that’s so simplistic become a major influence on the modder and streaming community?

That’s part of what Minecraft: The Story of Mojang explores as it covers the development of the sandbox adventure. Employees of Mojang, including former lead developer Markus Persson, talk about their experience with Minecraft and how it helped expand the once small studio.

The Story of Mojang also turns to industry professionals to look at how such a simple game became a major influencer, ultimately leading to its own expansive community. If you have any interest in Minecraft, you’ll find plenty to enjoy about this documentary on the creation of the blocky world.

You wouldn’t suspect a well-known creative mind like Tim Schafer to have to struggle through game development, but Double Fine Adventure shows that talent and a proven track record aren’t a guarantee of anything.

The documentary follows Schafer and the Double Fine Productions team as they struggle to complete the point-and-click adventure, Broken Age. Despite having a library of successful titles under its belt, Double Fine was forced to turn to crowdfunding for Broken Age.

The documentary covers the development hell of Broken Age, but also details how the title changed the landscape forever. With a successful campaign that raised $3 million more than it needed to, Broken Age proved that crowd-funding was a viable means of raising capital for video game funding.

2. Thank You For Playing

There were few dry eyes in the house during the 2015 Tribeca Film Festival. That was thanks to Thank You For Playing, an 80-minute documentary that followed the development of the emotional indie game, That Dragon, Cancer.

Far more than an interactive adventure, That Dragon, Cancer tells the story of a couple and their son, who was diagnosed with cancer. Thank You For Playing shows the difficulty of creating such a game and spotlights the heavy themes contained within That Dragon, Cancer.

Osit and Zouhali-Worrall earned five awards for Thank You For Playing, including the Twin Cities Film Festival’s Best Documentary and the 2017 News & Documentary Emmy Award for Outstanding Arts & Culture Documentary.

1. The King of Kong: A Fistful of Quarters

Mention anything about video game documentaries, and it’s inevitable that someone will bring up The King of Kong: A Fistful of Quarters.

It’s the pinnacle of video game documentaries not just because of its quality, but because of its subject. The film follows two competitive spirits, Steve Wiebe and Billy Mitchell, as they fight for the top score in Donkey Kong. The King of Kong pits the two players against one another as they try to prove themselves as the true king of Donkey Kong.

The King of Kong travels to Florida, where Wiebe hopes to square off against Mitchell for the 2007 Guinness World Records and make gaming history. It’s a memorable, ongoing competition that was highlighted in A Fistful of Quarters, but continued to make headlines well into 2018.

READ NEXT: The Best PSVR Games You Should Play