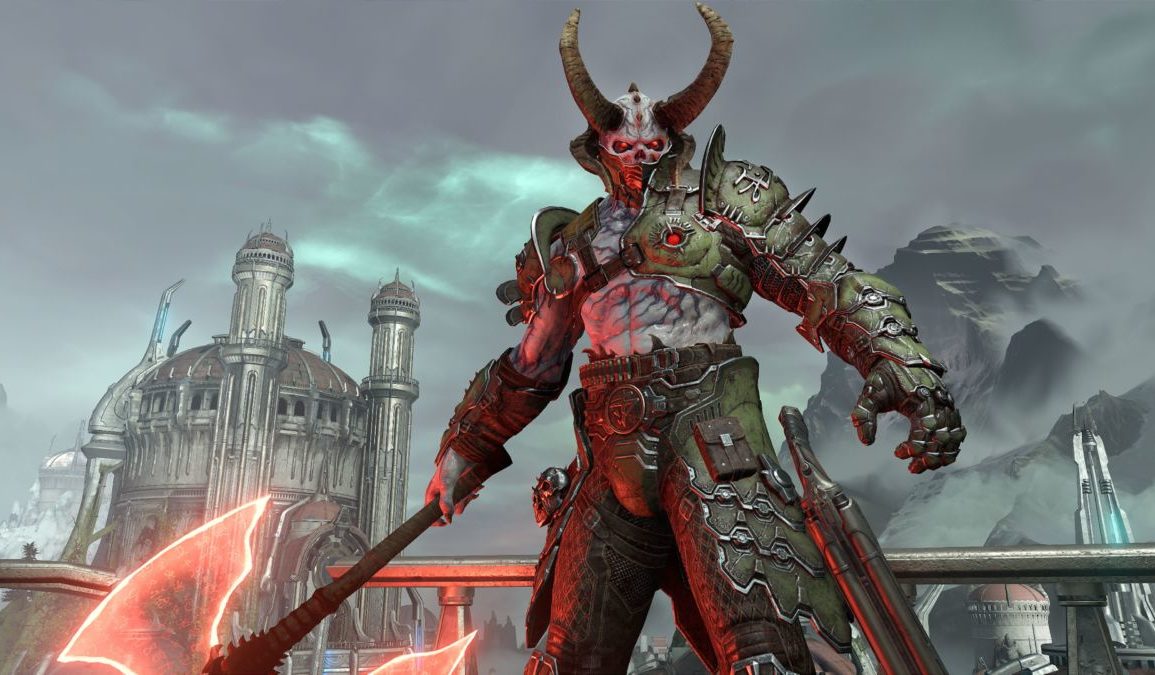 The Nintendo Switch has a plethora of games that stretch across the various genres, first-person shooters included. There’s enough FPS titles to choose from, whether you prefer online experiences or focused single-player campaigns with hordes of enemies to massacre. That said, it’s hard to know which are the best Switch FPS games on the market.

With that in mind, we’ve gone to the trouble of ranking the greatest FPS games on Switch that you can play. Whether you prefer high-octane thrill rides, methodical puzzle solving under the guise of an FPS, or just some chaotic multiplayer action, the best Switch FPS games should have you covered.

A throwback to the 90s in both gameplay and attitudes apparently, Ion Fury is designed to emulate previous generations of first-person shooters like Duke Nukem, even going so far as to bring in Duke Nukem voice actor John St. John to voice the game’s villain. Makes sense that a game with this much of a retro focus would be published by 3D Realms.

Utilising the Build Engine, which was used in the creation of Duke Nukem, Shadow Warrior and Blood, Ion Fury sees players taking on the role of Shelly Harrison as she takes on hordes of cybernetic cultists on the streets of Neo DC.

It’s retro goodness, enhanced by the fact you can play it while on your way to work or in the bathroom. You know, the two most played areas for a Nintendo Switch.

One of the worst parts about playing multiplayer FPS games locally back in the day was pesky screen cheaters. You’d find a nice hiding place somewhere while playing GoldenEye or TimeSplitters (side note: can someone port the TimeSplitters series to the Switch, please), only for your mate to peek your screen and come ruin your day.

Screencheat: Unplugged takes that concept and makes a game out of it. With local play for up to four players, players must use the screens of others to deduce where players are and get kills. With a range of wacky weapons and maps, Screencheat: Unplugged should provide fun for any household.

The free-to-play hero shooter from Hi-Rez Studios has caught a lot of flak in the past for being a bit of an Overwatch clone, but by this point, Paladins has established itself as a shooter worthy of its own merit. Sure, it might be a little bit janky and unrefined, but there’s a lot to love about this game.

Players pick from a wide range of characters and compete to claim objectives across various maps. The ability to buy cards in-game to upgrade your capabilities adds a new level of strategy to the overall experience, and full cross-play and cross-progression ensures that you should always have someone to play with. 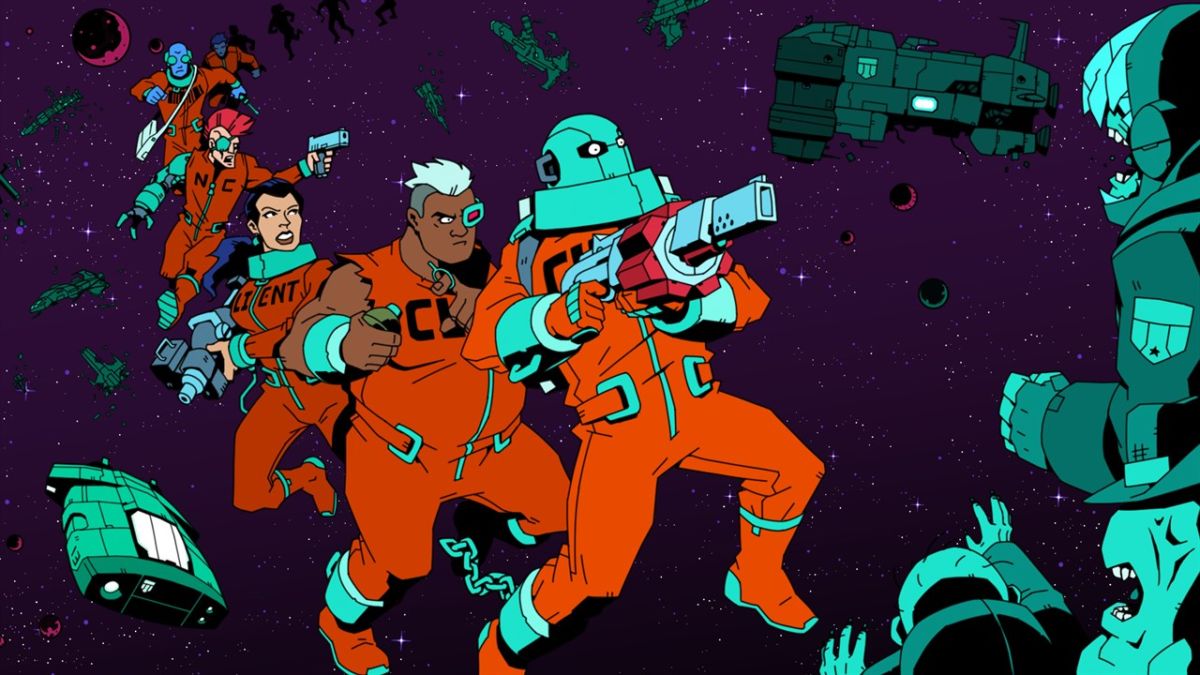 The Nintendo Switch has become a haven for roguelikes over the past few years, thanks in no small part to games like Hades, but the roguelike genre doesn’t end there. Void Bastards is a FPS take on the genre that’s just as punishing yet rewarding. It’s also pretty funny too.

Players control a series of prisoners sent out into deep space to gather supplies and resources in order to reach any sort of destination. Unfortunately, there’s a host of derelict ships filled with malfunctioning robots and vicious aliens who are all out to get you. Definitely one of the most underrated games on Switch.

Blizzard’s iconic multiplayer shooter has been incredibly successful already on PS4, Xbox One and PC, though a Switch release was still surprising for many. What kind of black magic were Blizzard going to have to perform in order to bring Overwatch to Nintendo’s portable console? Somehow, they pulled it off, even ensuring that the game is in line with other versions.

Granted, the Switch version of Overwatch sacrifices a lot in the way of textures and framerate in order to maintain a smooth experience, but it’s still the same brilliant shooter you know and love, with the added benefit of motion controls for various characters. As far as hero shooters go, it’s the best you’ve got on the Nintendo Switch.

If you’re feeling like playing something more cooperative than competitive, Payday 2 should be right up your alley. Instead of getting frustrated when playing against other players, why not join your friends and try to rob banks as a crew?

It’ll still be testing your FPS skills, but probably won’t make you want to launch your Switch across the room. That’s the main thing: you have to protect the valuables, especially when playing a game about stealing others’.

Players can form crews of up to four players to take on a plethora of jobs, ranging from your bread and butter bank heists to more unconventional jobs like protecting a running meth lab or stealing art from a gallery to sell to shady business men. If you’ve got the people to play with, Payday 2 will keep you occupied for a long time.

While the majority of the games, including the shooters, on the Nintendo Switch are designed to be fun, over the top experiences, there are some that are a bit more grounded and hardcore. The Metro Redux collection fits more into the hardcore category. There’s not much about the Metro series that’s “fun”, but that’s part of the appeal.

Metro Redux, which includes Metro 2033 and Metro Last Light, puts you in control of Artyom, as he tries to navigate the hostile world of the Russian underground train system, the last bastion of humanity amid the mutated horrors that dominate the ruins of Moscow.

Yeah, it’s not the cheeriest of games.

In fairness, Respawn and EA didn’t need to bring Apex Legends to the Switch. The battle royale shooter has gone from strength to strength on PC, PlayStation and Xbox that the release on the Switch is just the cherry on top.

Many people questioned whether or not Nintendo’s handheld platform could even handle the rigours of Apex Legends and its complexities, but through some magic, it works and its quite fun to play. Granted, it’s not quite on par with the other versions of the game that have been launched elsewhere, but it’s still incredibly enjoyable and addictive.

There’s even cross-play, so you’ve always got friends to play with.

A three-for-the-price of one entry in the form of Borderlands Legendary Collection, this trilogy of games offers hundreds of hours of content for players looking to experience a fantastic loot shooter while on the go. It even includes all the DLC, and support for 2 player co-op locally, or four players online.

For my money, the first game in the series is the best one, just because it includes Brick. Having an ultimate ability that’s just “punch things” is wonderful, but that’s not to say that Borderlands 2 isn’t also an incredibly enjoyable romp through Pandora. There’s also The Pre-Sequel, which proves they can’t all be winners. 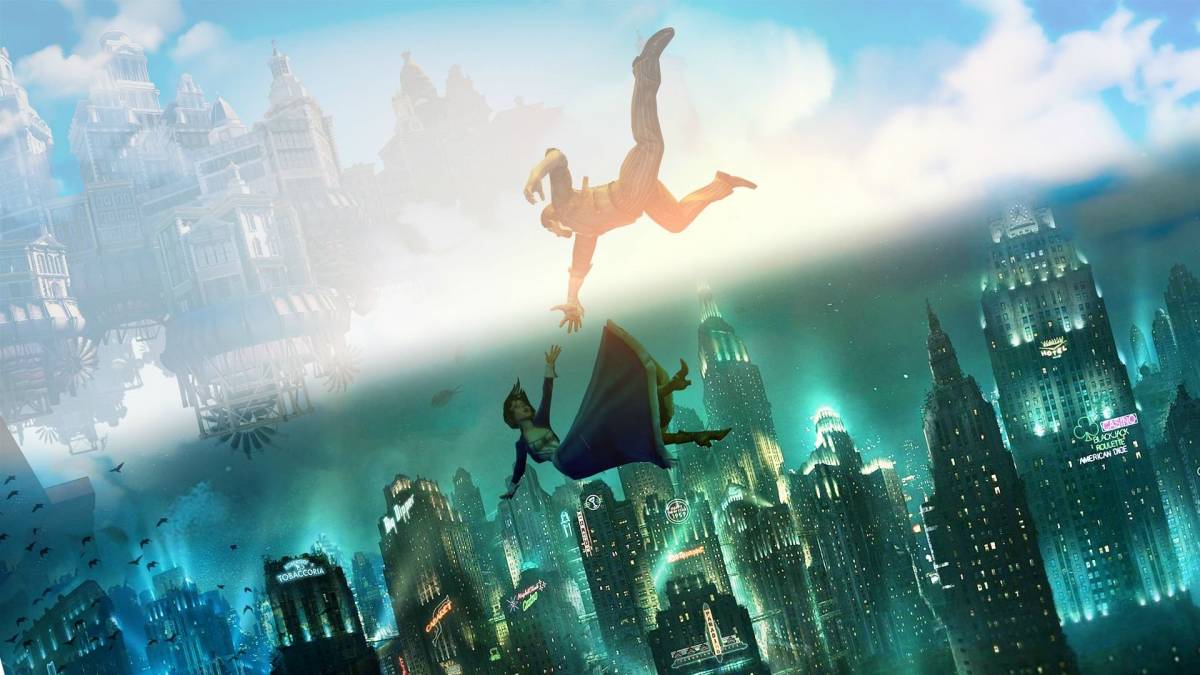 Another three games in one? Sounds like a good deal to us, but it helps here that those games are some of the best single-player FPS experiences you can buy, and also Bioshock 2. Alright, that might be a bit of an unfair drive-by, as Bioshock 2 is still fantastic, but the two games sandwiching it are something else entirely.

The Bioshock series offers some of the best narrative-focused FPS games, with the decaying former utopia of Rapture making for an incredibly interesting world to explore. Infinite’s airborne city of Columbia also offers its own “utopia”, but that city in the clouds is twice as ugly.

One of the most underrated and underappreciated FPS titles of the previous generation, Bulletstorm is a rollercoaster, if that rollercoaster is in a constant freefall and the thrills never stop. Once the action kicks into high gear, it rarely lets up, making for a chaotic, intense and thoroughly incredible FPS experience.

Playing as the miscreant Grayson Hunt, you become stranded on a vicious alien planet in an attempt to take down your nemesis. With all parties involved now besieged by the mutated locals, you’ll have to survive while trying to find your way off-world. The game gives you plenty of outlandish weapons and enough abilities to kill with skill, making for a creative and rewarding FPS experience.

If it wasn’t for a series dedicated to ripping and tearing your way through hordes of demons, the recent Wolfenstein reboot could be considered one of the best FPS revivals in recent years.

After languishing in mediocrity with the ill-fated 2009 reboot, MachineGames knocked the series out of the park with The New Order, The Old Blood and Wolfenstein II: The New Colossus. Let’s try to forget about Youngblood, though.

Like most of the series, The New Colossus sees players murdering some evil Nazis (which is, of course, every Nazi) in an attempt to liberate the United States from their vice-like grip. Wolfenstein 2 blends brilliant characters and writing with superlative gameplay to create a true juggernaut for the Nintendo Switch.

Another underappreciated last-generation banger, Call of Juarez: Gunslinger is arguably the peak for a series that’s never quite been as good as it could have been. Instead of shooting for bombast and blockbuster, Gunslinger is a smaller-scale genre piece that fuses arcade-style gunplay with a genuinely intriguing premise.

As the bounty hunter Silas Greaves, you stumble into a saloon in Kansas and begin regaling the patrons with tales of your exploits. Of course, the tales begin to become more and more outlandish, with Silas’ narration changing the action in various ways.

It’s a simple but effective narrative that expertly weaves historical events into its web. If you missed Gunslinger the first time around, you owe it yourself to check it out.

It’s probably fair to say that if you’re reading this, you’ve probably heard of Superhot. The little indie game that became a global phenomenon, Superhot redefined what FPS games could do, bringing a fresh perspective and a whole new way to play one of gaming’s oldest genres.

Superhot’s key premise is that time moves when you move, meaning that so long as you’re standing still, enemies and bullets will be slowed down to a snail’s pace, giving you the time to scan your surroundings and assess your strategy. It turns the traditionally fast-paced genre into a methodical puzzle, and it’s brilliant.

If we’re compiling a list of fantastic shooters and DOOM is an option, DOOM is always going to be the top spot, and DOOM Eternal is the best of the best.

While Superhot might have been a genre redefinition, DOOM Eternal takes all the core features of an FPS and turned the dial up to 11. Does it do anything new? No, not really. Does it do everything better than anyone else? Absolutely.

As cliche as it sounds, DOOM Eternal makes you feel like the most powerful being on the battlefield. Being able to physically rip and tear your way through the demonic hordes creates a feeling that few other first-person shooters could ever hope to emulate, cementing DOOM as the pinnacle of Switch FPS titles.

As a bonus, all the earlier DOOM games are on the Switch to boot, including the fantastic 2016 reboot.

READ NEXT: The Best Switch Multiplayer Games You Should Play