10 Best Sniper Games of All Time

Put these in your scope and smoke 'em. 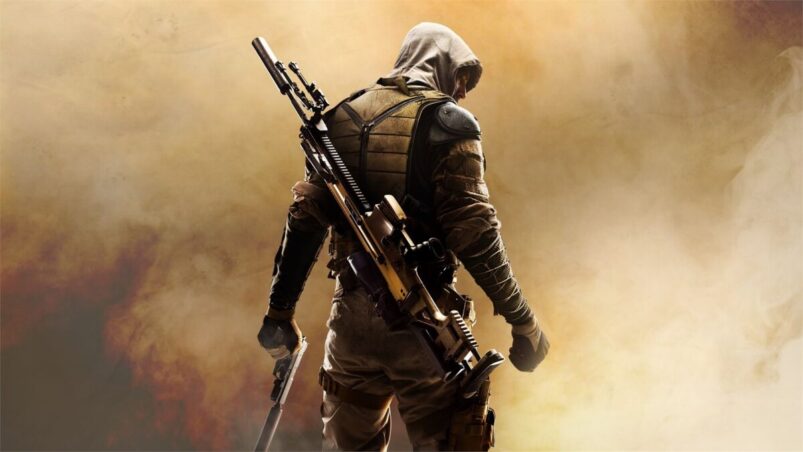 There’s quiet all around you, a serenity you’ll soon break with the simple pull of a trigger. Sniping in many video games can be an arcadey experience, requiring players to simply point and shoot. Those that take the process of sniping seriously are more meticulous, forcing players to factor in every aspect of their environment to land a brutal headshot. And being so fastidious is partly what landed them on this list of the best sniper games on the market.

From the trenches of World War II to the open battlefields of an intense firefight, these games deliver the best sniping content you’re sure to find across multiple generations of gaming. Bear in mind that games listed for PS4 and Xbox One will also work on PS5 and Xbox Series X & S respectively thanks to backwards compatibility.

We understand the confusion that the first entry on this list is a zombie shooter, but if you’ve played any entry in the Zombie Army series, you’d understand. Spun off the Sniper Elite series, Zombie Army 4 isn’t your typical World War II zombie shooter. Sure, you can run ‘n gun yourself into a horde of fleshies, but some of your best damage will be done from afar.

The sniping mechanics are near identical to those in Sniper Elite, with one added perk. Every shot you line up and every bullet you send zooming across the battlefield rips right through the rotting flesh of one of Hitler’s undead horde.

Sniping is immensely satisfying in Zombie Army 4, and though it’s quite a bit more forgiving than its source material, you’re still not going to make much headway firing frantically into the distance.

One of several leaders in the battle royale market, PUBG is one of few that doesn’t make sniping easy. Though the typically open map layouts are ripe for a long-range exchange of bullets, it takes a special kind of player to have the patience and steady hand to line up their bolt-action rifle.

That’s right. There’s no rapid firing across the map as each shot is followed by a reload animation that can be deadly in the heat of battle. If you like the forgiving stream of bullets you can send sailing toward your opponents in other battle royale games, you’re going to hate the time-consuming bolt-actions of PUBG. Alternatively, if you prefer the challenge of landing the perfect sniper shot, you’ll find yourself at home. A good sniper that can stay hidden could easily dominate a match, and it’d be a well-deserved victory.

It’s important not to get sloppy and forget about the physics of bullet drop because PUBG’s can be slightly unforgiving. Mastering the long-distance game may take some practice, but it’s completely satisfying in the long run.

It doesn’t take much to go down in Escape from Tarkov. On the one hand, for a sniper, that’s good news. One well-placed shot will bring down your target, hopefully leaving you with quite a bit of loot to scurry away with. On the other, it also makes being vulnerable while you line up incredibly deadly,

The playstyle of Tarkov is meticulous, slow, and careful. The best players will stick to the shadows, offering little opportunity for even a good sniper to land that kill-shot. But a good sniper always finds a way, and with a scoped bolt-action and the perfect cover, they can cause quite a bit of hell.

There’s a hint of realism to Tarkov’s sniping, so you do have to account for distance and bullet drop depending on their range and rifle used.

Insurgency: Sandstorm may have a heavy emphasis on close-quarter combat, but that doesn’t mean there isn’t room for a skilled sniper. In fact, the game features a Marksman class that specializes in long-range, high-powered rifles. It even boasts realistic ballistics, including bullet drop and even ricochet. But how does a sniper fit in with the claustrophobic firefight?

Snipers in Insurgency aren’t afforded the comforts of ample distance between them and their targets. So, they’ll have to play to the map’s strengths, utilizing cover to serve as their team’s suppressor. With a solid sniper on your side in this tactical shooter, you can make good headway against the opposition, even if they’re just used to funnel targets toward a well-equipped Gunner or into the traps of a Demolitions expert.

Unlike in a lot of other titles on this list of the best sniper games, in Insurgency, you’re not a lone wolf. Snipers are an integral part of the team’s success.

If you like the thrill of covering a large space through your scope, providing recon for your team, you’re going to love Arma 3. Realism is at its peak with this military shooter, so don’t expect to be a lone wolf, picking off targets without a shred of worry. It’s quite the opposite, actually, as snipers in Arma are best served scouting objectives, providing intel for the heavies prepared for an exchange of bullets.

Elements like environment-specific ghillie suits and bipods add to the game’s realism, making it trickier not just for enemy troops to see you, but for you to see other snipers honing in on your position. And that’s why you can’t fire wildly, hoping to take down a fast-moving target. You never know who has eyes in your direction, just waiting for a misfire to draw you out.

Arma 3 is a bit slower-paced than other shooters, favoring players that take their time and don’t try to be action heroes. If that’s your typical playstyle, then sniping won’t be your best choice.

Sure, you can equip Agent 47 with a sniper rifle and pick off targets throughout the game’s primary missions. Not every level is conducive to sniping, but it generally works. However, IO Interactive thought of something far more entertaining for players that favor sniping – Sniper Assassin mode.

Hitman 2 introduced Sniper Assassin mode as a unique way to clear familiar maps from the game’s primary missions. Players have one goal: kill their target using only a sniper rifle. While that may sound dull to some, Hitman provides a variety of ways that the rifle can be used to eliminate targets, distract guards, and wreak all sorts of havoc. Don’t want to shoot your target directly and draw suspicious attention? Make it look like an accident and drop something heavy on them.

There were only three maps available, but there is a lot to be done in them that makes returning quite thrilling.

You’ll have to dig through your local, run-down arcade to find this gem (or play a rather basic version on PS2), but if you come across it, you’ll understand the pangs of pain we have that Silent Scope is a thing of the past. Equipped with a lightgun sniper rifle, players take up arms against a terrorist organization that’s kidnapped the First Family. Their only ask? The release of their leader. Not one to negotiate with terrorists, high-level officials call you into service to take care of things quietly.

Depending on how well-kept the cabinet is, the lightgun is marginally accurate, delivering a unique experience that requires a steady arm and a good eye. Silent Scope is a neat sniper arcade simulation that is absolutely unrealistic, but it’s that arcade-like element that delivers the most fun.

An entire collection of the Silent Scope series was released on Xbox in 2004, but it wasn’t the same as having the sticky, sweaty sniper rifle that everyone else has put their body against in the arcade.

The Metal Gear Solid series has always put an emphasis on the stealth approach, but it was The Phantom Pain’s open world that was most conducive to sniping. Punished Snake’s arsenal is quite impressive, allowing players to choose from a bevy of different sniper rifles. Each one required a different approach, adding to the game’s impressive gameplay variety.

But what really sells The Phantom Pain’s sniping experience is the Quiet boss fight. Taking a cue from Snake Eater’s encounter with The End, Kojima crafted an incredible encounter against the silent assassin, forcing players to try and outgun the skilled and mystical sniper.

The sniping fun didn’t stop with Quiet, however, as Snake has more freedom in how to approach his goals. The best way is often the long-distance approach, lining up the perfect headshot to bring down a guard at just the right moment to avoid detection. If you want to increase your challenge, you can switch to the tranquilizer rifle, at which point you’ll be battling against a more severe bullet drop.

Some sniping games can be slow and drag on. Others can push action as much as possible while focusing on long-range combat. Ghost Warrior: Contracts 2 definitely falls into the latter, its gameplay frequently switching between patient sniping to full-on firefights. At least, that’s what happens if you’re not very careful with how you maneuver through each mission.

Each level provides a series of targets to bring down, but getting to them is the hard part. Equipped with your rifle, a silenced pistol, explosives, and binoculars, you’ll make your way through facilities and outposts, doing your best to stay out of sight.

While sniping is a core mechanic, sneaking around and interrogating enemies will help set up the perfect shot. Landing that shot, though, will have you accounting for wind and bullet drop, which help punch up the realism a little in a shooter that’s a little more on the arcadey side.

Karl Fairburne may not sound like a name that would instill fear in the hearts of many, but his body count says otherwise. This Nazi killer has been a staple of the Sniper Elite series since the beginning, and his fourth entry taking down his enemies from afar proves to be his best. Sniper Elite 4 may stockpile Karl with firearms and gadgets galore, but it’s his trusty rifle that does much of the work.

Sniper Elite 4 is a great balance of arcade shooting and realistic sniping, with the latter being quite punishing for players that don’t take it seriously. On top of bullet drop and other factors touched on in sniping games, Sniper Elite 4 has a sound mechanic that allows you to mask the sound of your rifle by waiting for looped noises or creating your own distractions.

Ironically, Sniper Elite 4 is among the best sniper games because it gives you a choice to be a ranged killer or a close-combat lone wolf. Either approach is fun, though sniping animations and kill cams are a little more entertaining.

READ NEXT: 10 Best Parkour Games of All Time