Where we dropping? Out of everyone's memory? 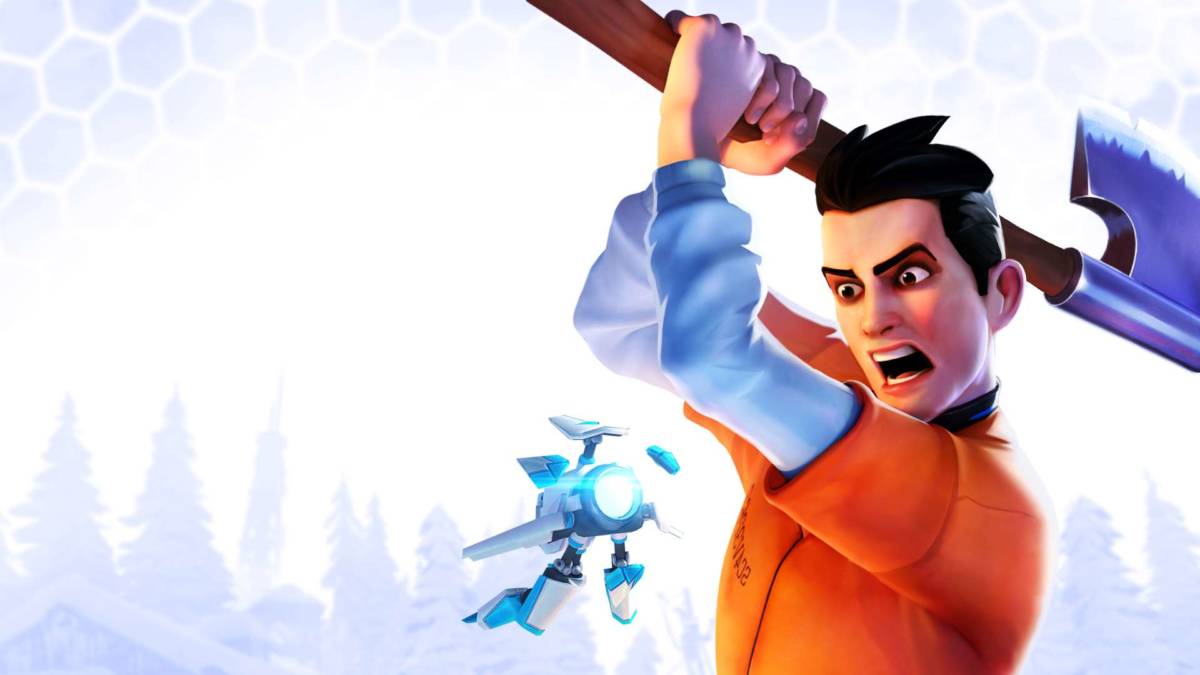 For the past four years, battle royale games have held the top spot when it comes to multiplayer gaming. Whether it’s in player base or viewership on platforms like YouTube or Twitch, the BR genre has been big business. Depending on who you ask, it’s either still in its peak, or it’s filled with “dead games” according to bots on Twitter. No matter where you sit, the genre’s run of form has led to imitators and games that couldn’t live up to the same standards, meaning some games fell by the wayside over time.

While this isn’t an exhaustive list of every forgotten battle royale game in existence, it does include some larger flops along with a few that deserved to do better. Unfortunately, none mentioned here were ever destined to match up to the likes of PUBG, Fortnite and others like it. Here’s a list of the most forgotten battle royale games ever made, which we’re choosing to acknowledge before the inevitable next wave of games pushes the knowledge out of our brains. 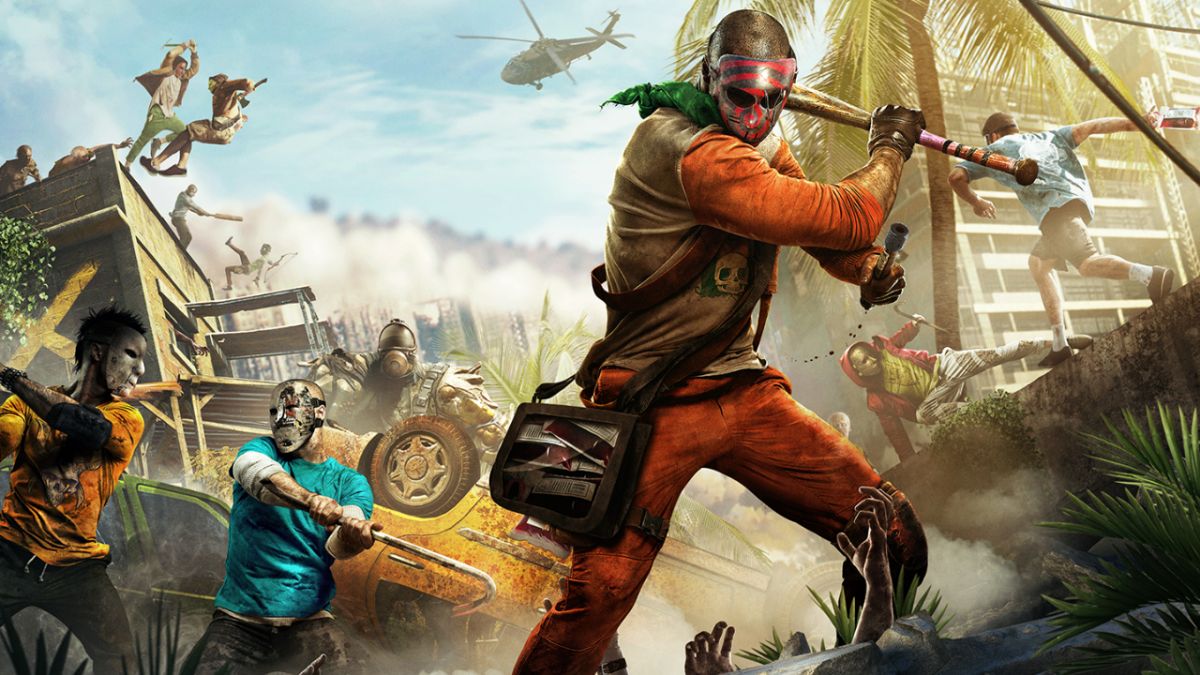 Without a doubt, Dying Light is one of the best single-player/co-op zombie apocalypse survival games you can buy. Taking the fight to the undead hordes is utterly thrilling, and in fairness to Techland, it’s not like the game was a stranger to online PvP. The Be The Hunter mode pitted a high-powered infected against a team of players, which existed I guess. However, Bad Blood still felt like a leftfield choice for the developers.

Free to all Dying Light players, Bad Blood launched on PC in 2018 and saw 12 players competing in a mix of PvE and PvP. The level was infested with zombies and hives which could be destroyed for level ups, but you could also prey on other survivors to steal their hard earned loot. First to reach the evac chopper at the end of the game wins.

Bad Blood was an interesting idea, but it lacked the staying power that other games in the genre wielded. 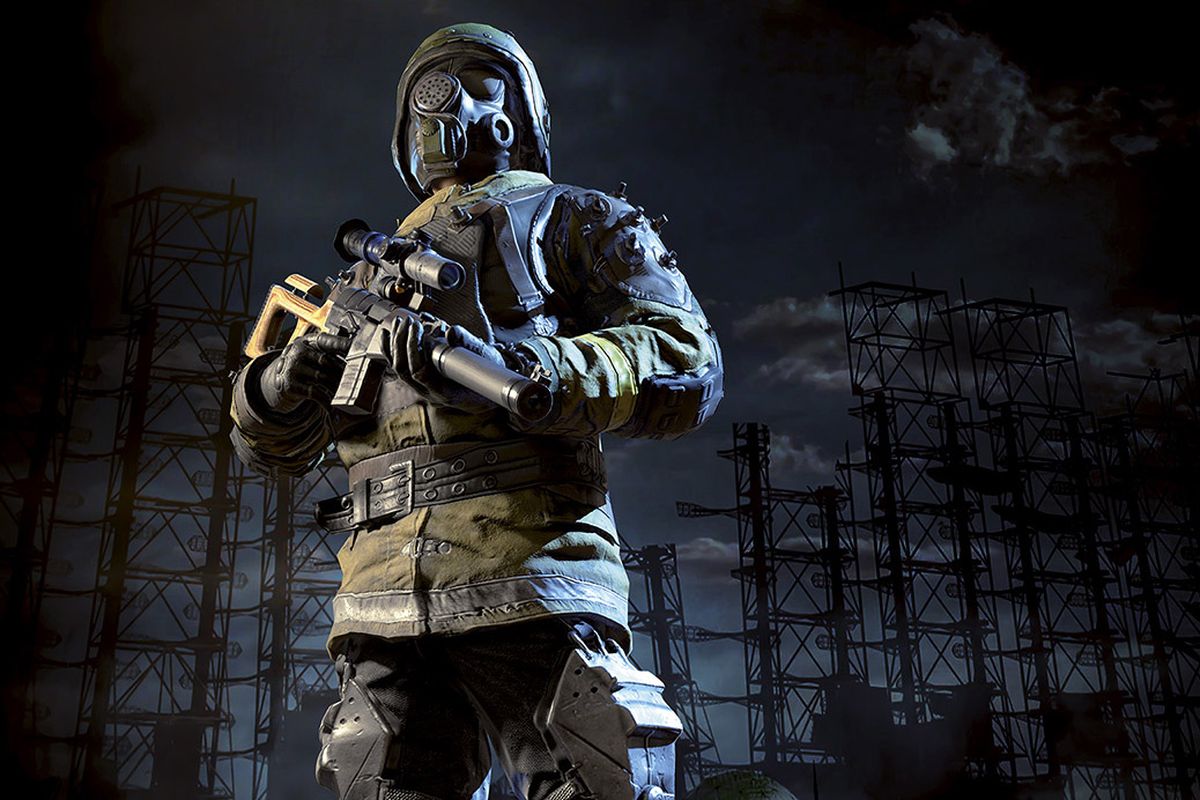 If you thought classic FPS STALKER could have done with the battle royale treatment, then you share the same sentiment as Vostok Games, who launched Fear The Wolves into Steam Early Access back in 2018. Back then, there was some genuine buzz about the game from players, as Fear The Wolves did attempt to do things differently from other battle royales at the time.

Set in Chernobyl, which is about as extreme as a battle royale location can get without being set in an active volcano, you’re dropped in with multiple other players, all trying to make their way to an escape helicopter at the end of the match.

With an actual objective in place instead of just survival, endgames offer a bit more leeway for interesting strategies, but the player base has all but shrivelled up in the years since, leaving Fear The Wolves resigned to history. 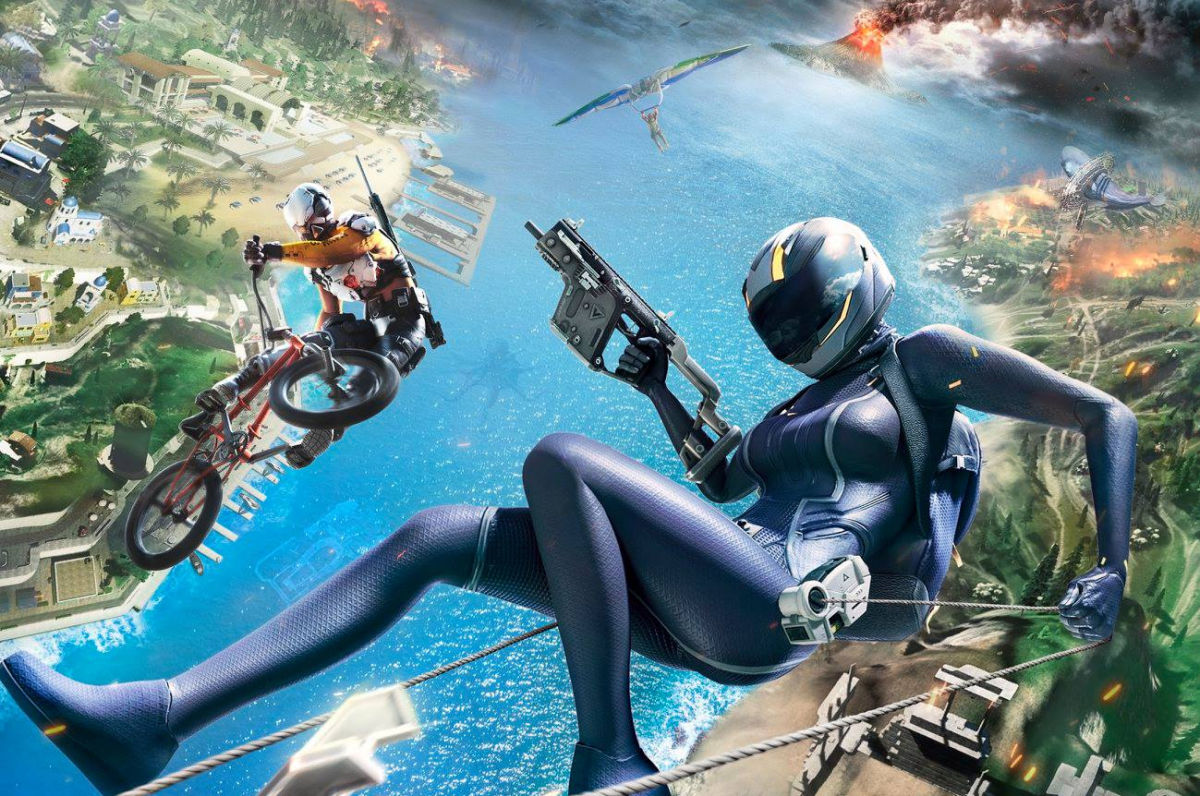 Either fortunately or unfortunately unrelated to that Matt Damon film called Elysium, Ring of Elysium’s 60 player battle royales claim to offer something new in a crowded genre. However, you’re also winning by making it to an evac helicopter, just like the previous two games on this list. Maybe that’s the common denominator between why these games have been forgotten about.

In fairness to Ring of Elysium, the core concept is interesting, as players try to fight each other while attempting to escape an encroaching disaster of some kind, with the most recent map, Vera, ending in a nuclear explosion.

With new DLC skins released recently, there’s clearly an audience out there for Ring of Elysium that have been supporting it for years, but outside of that bubble, the game feels like it isn’t breaking into the cultural mainstream like Fortnite. 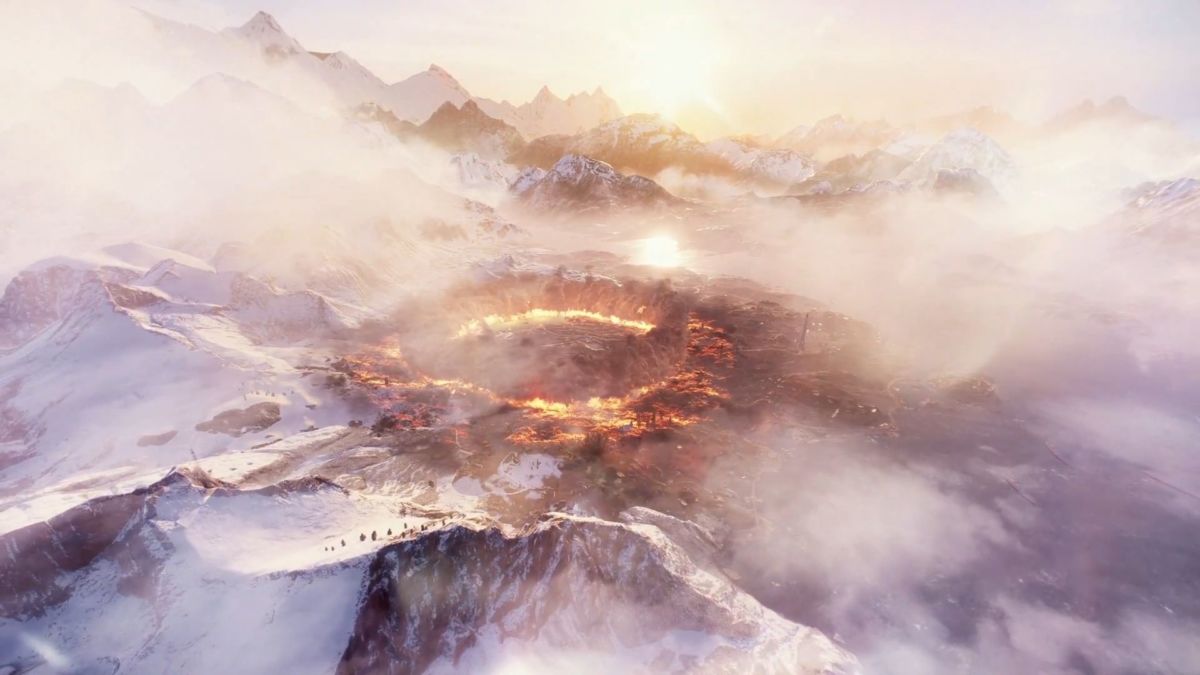 You know that a battle royale mode has been forgotten about when a new game in the series has been announced, and the developers appear to be distancing themselves from the idea of implementing a new version of it in the sequel, at least at launch anyway. Battlefield V’s Firestorm might not have been the worst aspect of the game’s troubled lifespan, but it was far from the best either.

Firestorm was a more vehicular focused take on the battle royale formula, with players forming squads to avoid a slowly encroaching ring of fire. With the map littered with tanks and other vehicles just ripe to claim, players would have to work together in order to survive.

Unfortunately, Firestorm would launch as an update to a game that wasn’t exactly popular to begin with, meaning it fell out of cultural relevance almost as quickly as it stumbled into it.

There’s a lot of reasons why we could criticise the overall journey that has been Fallout 76, though it’d appear that Nuclear Winter is the lowest moment of the entire story. Sure, the launch was a nightmare of wasted potential, but Fallout 76 has finally approached a good place that fans have gravitated towards. However, Nuclear Winter was still a pothole on the road that didn’t capture the imagination.

A 52 player scrap where players in teams of 4 are competing to become the Overseer of Vault 51, players have to avoid the usual encroaching ring while taking out other teams. The stats from player characters carried over from the PvE mode, which is already not great, but it doesn’t matter as Nuclear Winter is about to be discontinued at the time of writing.

I guess someone remembered it enough to kill it off. 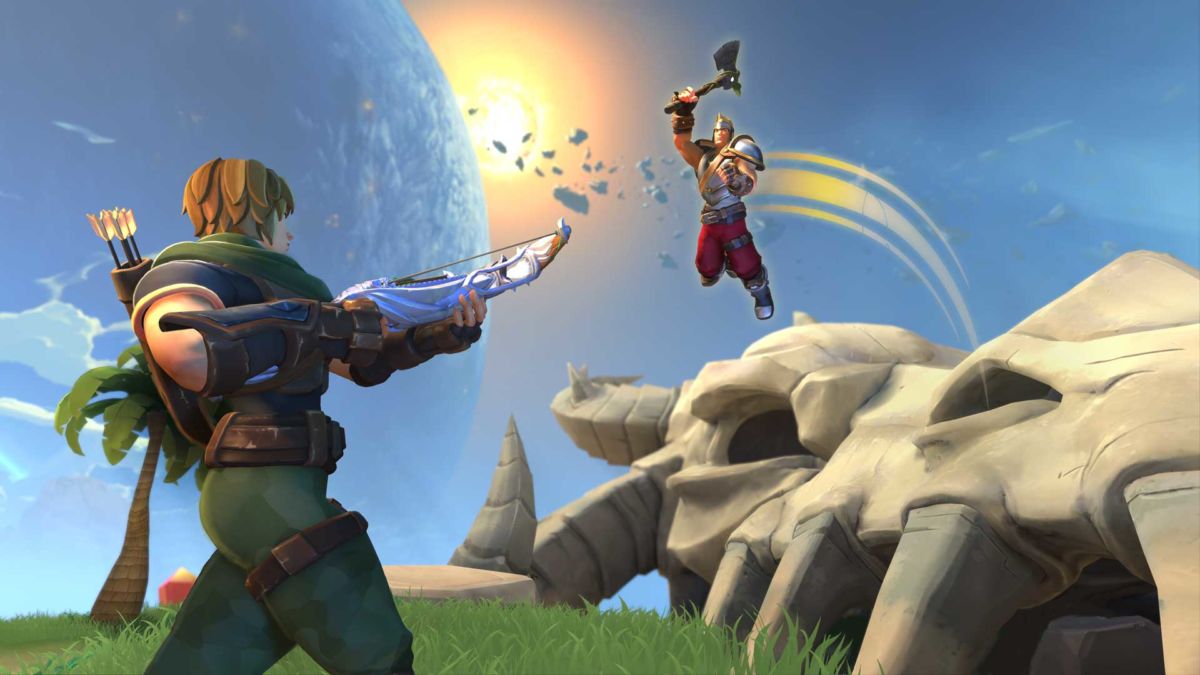 Hi-Rez Studios like to have their fingers in a lot of pies, with games like SMITE cornering the MOBA market, Paladins aiming for the hero shooter fans while Rogue Company appeals to fans of tactical shooters. The company has suffered some missteps along the way, with Hand of the Gods being one forgotten multiplayer game, but Realm Royale has also been left in the dust.

Taking more cues from Fortnite with its visual design but with a more fantasy/magic approach to world design, Realm Royale was a decently enjoyable battle royale, but couldn’t find a decent groundswell of support.

Now, the online lobbies are populated only by bots and like 6 people who consistently play duos just to crap on either the bots or the poor souls looking for a new game to play.

It feels like a sorry state of affairs when one of the forefathers of the multiplayer shooter genre feels like it has to follow a trend in order to stay relevant, but that was the case with Danger Zone, which launched towards the end of 2018 and added a battle royale mode to the popular CS:GO. A smaller scale BR, Danger Zone sees 18 players do battle to determine the lone survivor.

It’s a strange one, because it feels like Counter Strike doesn’t really need the help in order to maintain its status. The game has an enduring popularity and competitive scene, so the addition of a battle royale seems like a decision to just jump on the bandwagon for profit rather than a desire to give fans something new to enjoy. 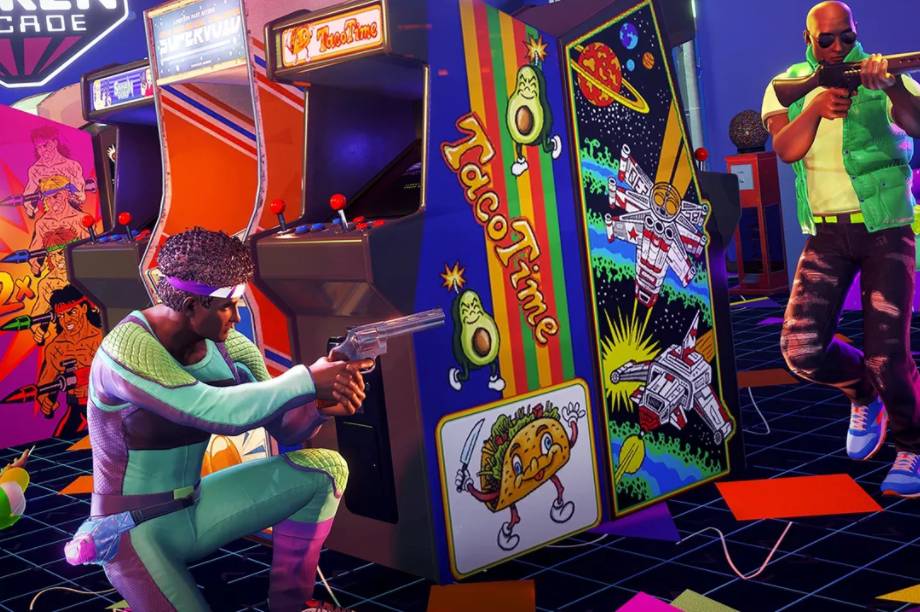 The writing felt like it was already on the wall at Boss Key Productions, with the hero shooter Lawbreakers either launching a year too late or four years too early, depending on who you ask, so in a last ditch effort to save the company, a battle royale was conceptualised. Radical Heights was an 80s throwback with modern gameplay, complete with bright, neon colours. You could also run people over while riding a bike, which is something, I guess.

Unfortunately for everyone involved, Radical Heights was too little, too late, with Boss Key shutting down not long after the game launched. For the most part, it’s only significance now is to be brought up as a “hey, remember this thing happened?” conversation starter, though there are plans for a fan-made remake in the works.

Maybe Radical Heights will have a second chance to make a bad first impression.

An ambitious sci-fi FPS/battle royale, Islands of Nyne launched into Steam Early Access in mid-2018 with a lot of hype and bluster.

A fast-paced, skill-focused shooter, Islands of Nyne had all the trappings of a battle royale: last one standing, you had to scavenge your weapons, and there’s a large map to explore. It all sounds gravy, but Islands of Nyne’s “community driven approach” couldn’t find a community at all.

For whatever reason, Islands of Nyne failed to establish itself with a proper identity amongst a growing sea of battle royale games that were on offer across all platforms. Within months, the developers announced that they’d be ending active development of the game, and while still in Early Access and available to download on Steam, it appears that the servers have been quietly killed off. 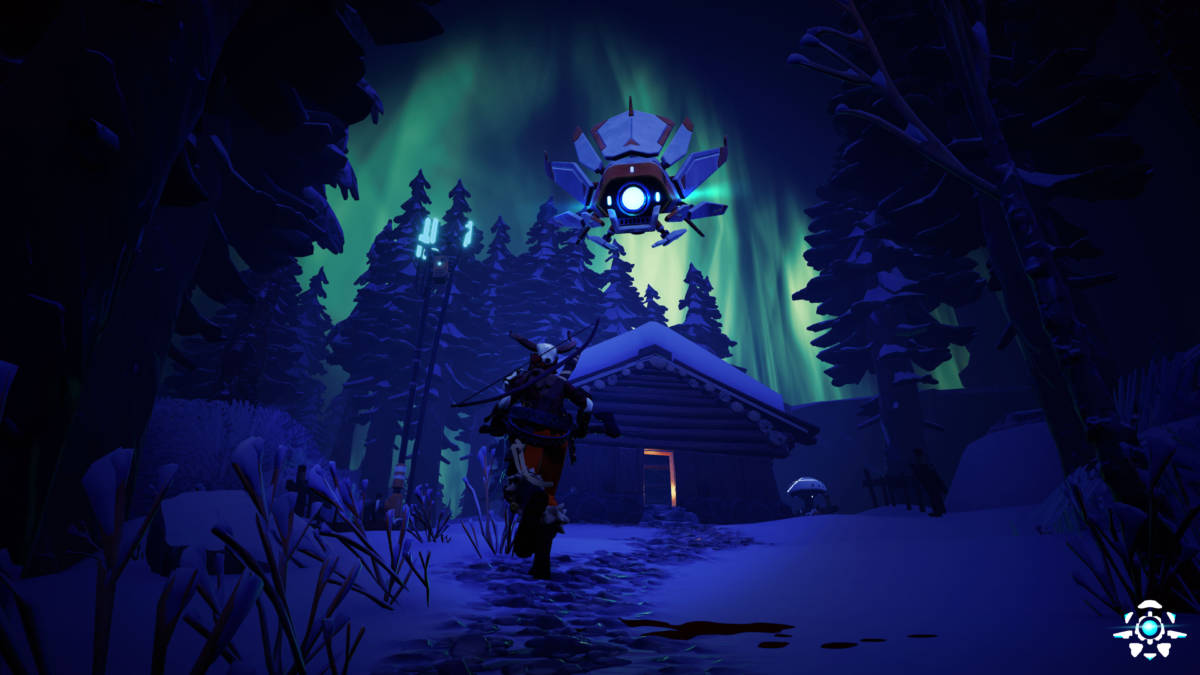 There’s always one entry in a list like this that stings more than the others, and for this one, it’s Darwin Project, a small-scale battle royale that had big ambitions. 10 players are dropped into a map that’s divided up into seven distinct hexagons, with the players slowly forced together when the hexagons are removed from the play area.

The gimmick with Darwin Project was the omniscient 11th player, who controlled an overseer who could dictate the follow of the game. They had the power to grant buffs to certain players, close off certain parts of the map or influence the action in-game in a number of key ways, which added some hilarious twists to the formula.

However, the gimmick might have been too out there for conventional battle royale lovers, and the gameplay wasn’t exactly as snappy and responsive as the likes of Fortnite, making this project ultimately a doomed one. 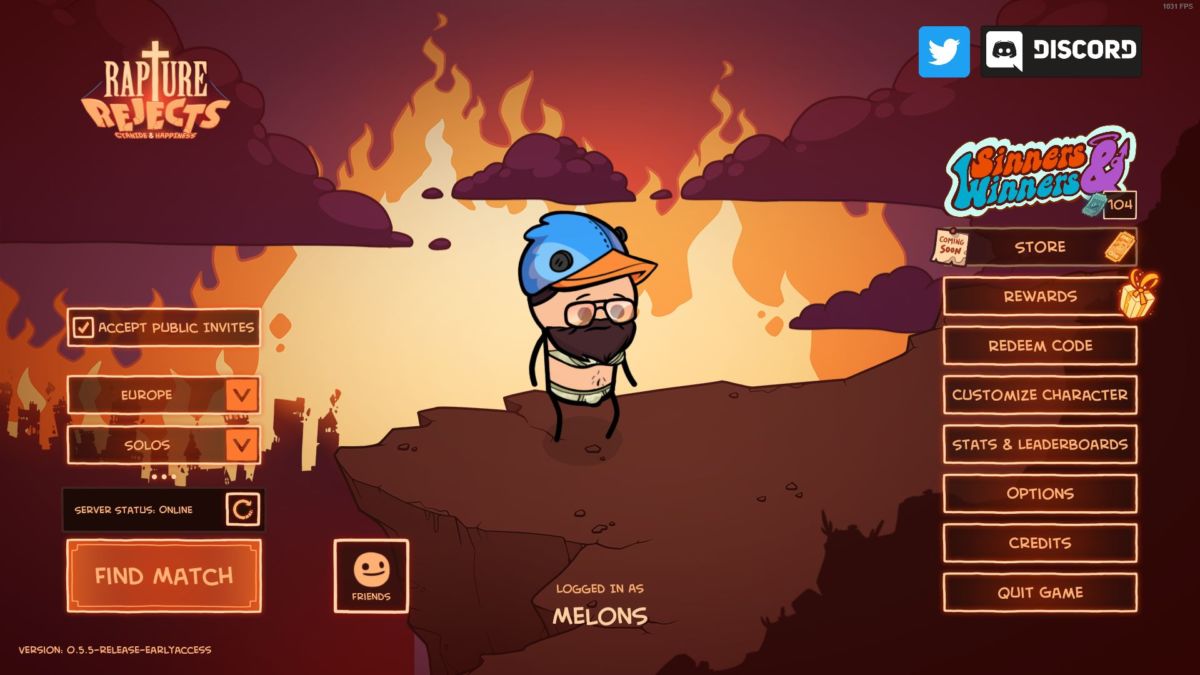 Remember Cyanide & Happiness, the webcomic you probably liked when you were 15? They made a video game, and it was a battle royale. Bet you forgot about that one because I know I did.

Rapture Rejects was exactly as the title implied: The Lord Almighty has summoned the worthy up to the Kingdom of Heaven, and your miscreant ass didn’t make the cut, so you’ll have to kill everyone in your way in order to impress God himself into letting you through the pearly gates.

An isometric battle royale, Rapture Rejects was released onto Steam Early Access in November of 2018. By February of 2019, the official Twitter account had stopped tweeting altogether. By March 2019, it was branded a dead game on Steam, with some attributing blame to the $20 price tag. While the store page is still live on Steam, the game can no longer be purchased, making it just another forgotten battle royale game in an ever growing graveyard.