Insurgency: Sandstorm may just be the best FPS game of 2018. 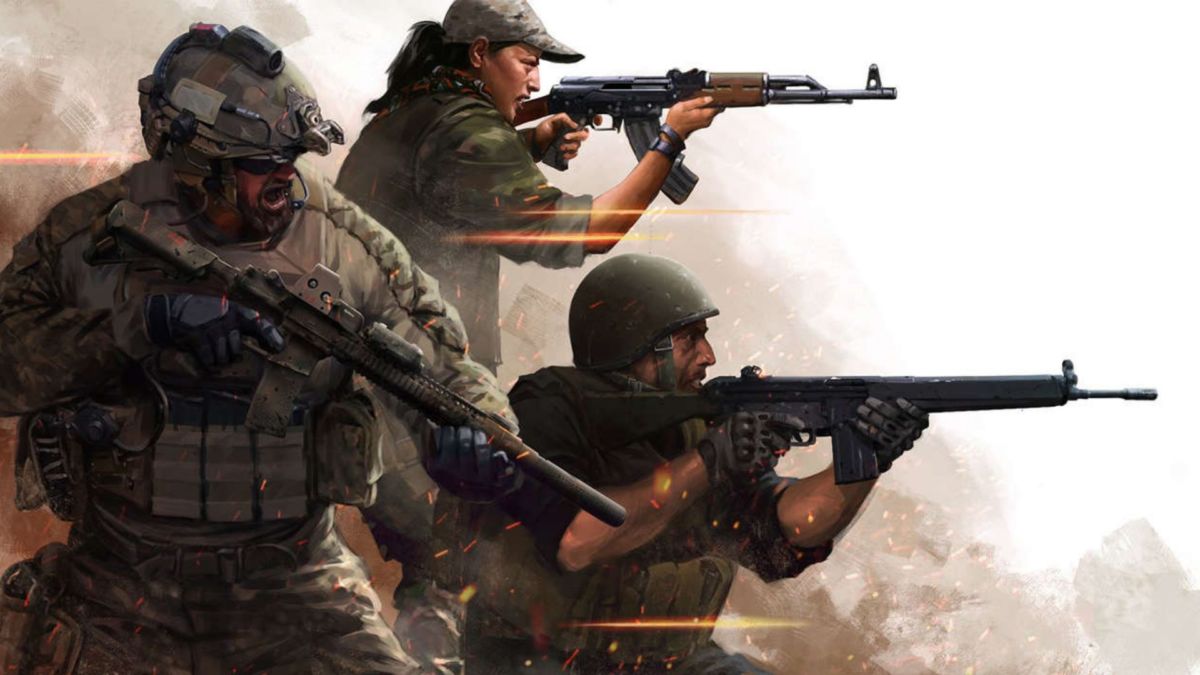 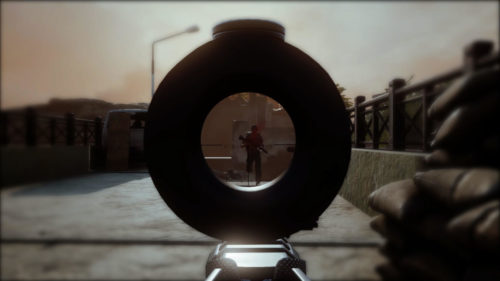 I generally do not enjoy multiplayer shooters. I don’t have the time or patience to put in the time to get good at the twitch shooters, nor wrap my head around the increasingly complex and ever-evolving meta of things like Overwatch and Rainbow Six Siege. I gravitate towards the tactical/milsim niche – games like ArmA, Squad, Post Scriptum and their ilk are my domain. I like my guns powerful, my enemies squishy and my tactics mandatory. As a side effect of their attention to realism/authenticity, these more hardcore games tend to have an attention to detail and immersion that goes much deeper than mainstream titles. Insurgency: Sandstorm is thus a rare surprise treat for me – not only is it one of the most visceral, immersive shooters available on the market right now, it is also one of the most accessible of the hardcore tactical market.

Insurgency’s core concept sounds more like a Battlefield or Counter-Strike entry: Security Forces and Insurgents duke it out in several game modes, all centered around the capture or destruction of objectives in order to advance towards victory. The similarities end there, however. In addition to being the conditions for victory itself, the capture or holding of objectives is the way Insurgency: Sandstorm facilitates respawns. You don’t get to keep running around and wasting your team’s respawn tickets – if you die, you’re going to be dead for sometimes minutes at a whack as you wait for the next wave. 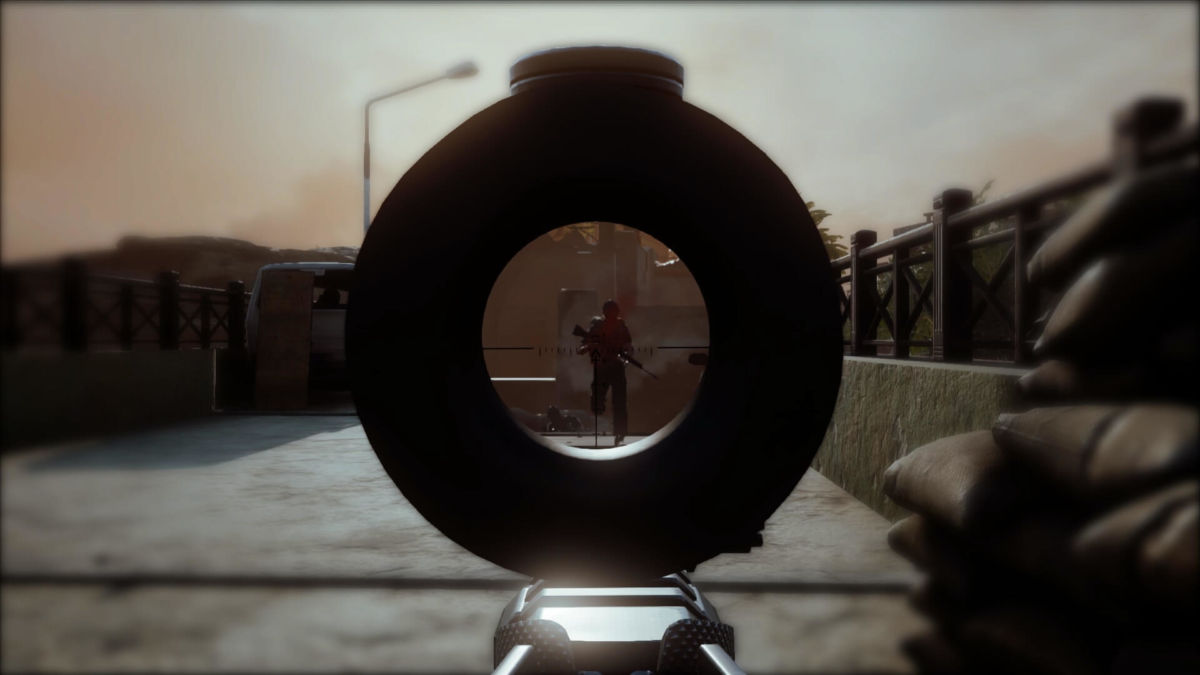 The specific way respawns work in each mode varies. In the classic “Push” attack-and-defend mode, the attackers begin with far fewer respawn waves than the defenders, and only gain more when they successfully take and hold an objective, while in the competitive “Firefight” mode teams only respawn their dead when they take a new objective. This careful and limited allotment of reinforcements means every life counts, and it is just one contributing factor the intensity and joy of Sandstorm.

However, the single most significant contribution to Sandstorm’s success has to be the terrifying sound design. The game has top notch presentation all around – while not at the top of the graphics charts in raw fidelity, the weapon modeling, animation, and level design are all stellar. The sound backs all of this up; the satisfying clacks and clangs of magazines swapped and charging handles racked, the snaps, pings and thwacks of rounds travelling by and smacking into different surfaces, bassy explosions, the rumble of technical gun trucks and the ominous thump of gunship blades, they all contribute to a glorious audioscape that rivals and even eclipses that of big-budget studios and publishers. 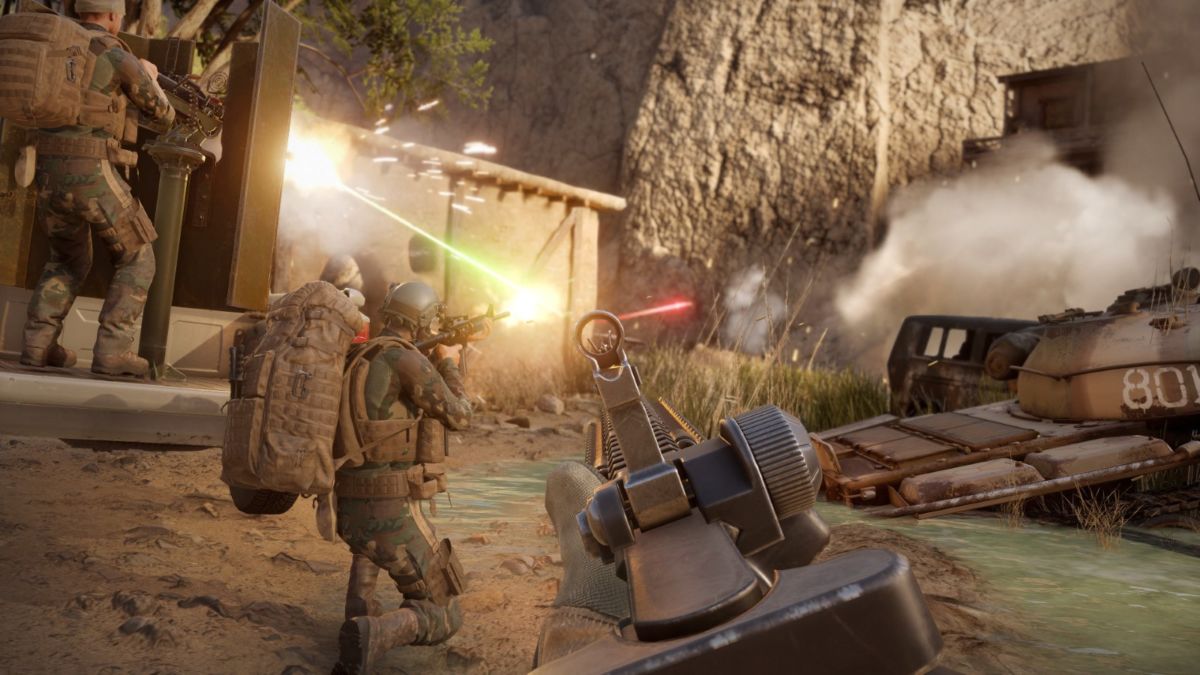 Where Insurgency: Sandstorm truly shines in its audio, however, is in the voices. The player characters and the enemy bots in cooperative modes all have a wide variety of callouts and lines for all sorts of contexts. The difference here is, most of these lines are not the calm, collected professional “tango downs” and “contact fronts” of other shooters – these are desperate, panicky and pained cries of people in life-or-death scenarios. When a character is wounded or killed, they don’t grunt and collapse, they scream, gurgle, screech and scream some more. Reloads are accompanied occasionally by darkly humorous cursing, instead of “cover me” or “loading.”

In fact, I feel it is important to note that I’ve lost count of how many times I’ve chuckled at the pants-shitting fear these characters seems to feel, if only to make myself feel better as I spin in circles trying to cover all of the smoke-obscured windows and doors the enemy is trying to pour in through. My favorite voice lines are the ones spoken by whomever ends up being the last one on alive on an objective – “Is anyone there? Hello?!” being shouted into the radio by an insurgent as his voice cracks in fear is some choice dark comedy. I’ve never played a shooter that so convincingly captures how fucking terrible this situation actually would be, at least not one that doesn’t actually have characters and a narrative/script. What New World Interactive have managed to craft out of the chaos of multiplayer first person shooting is admirable. 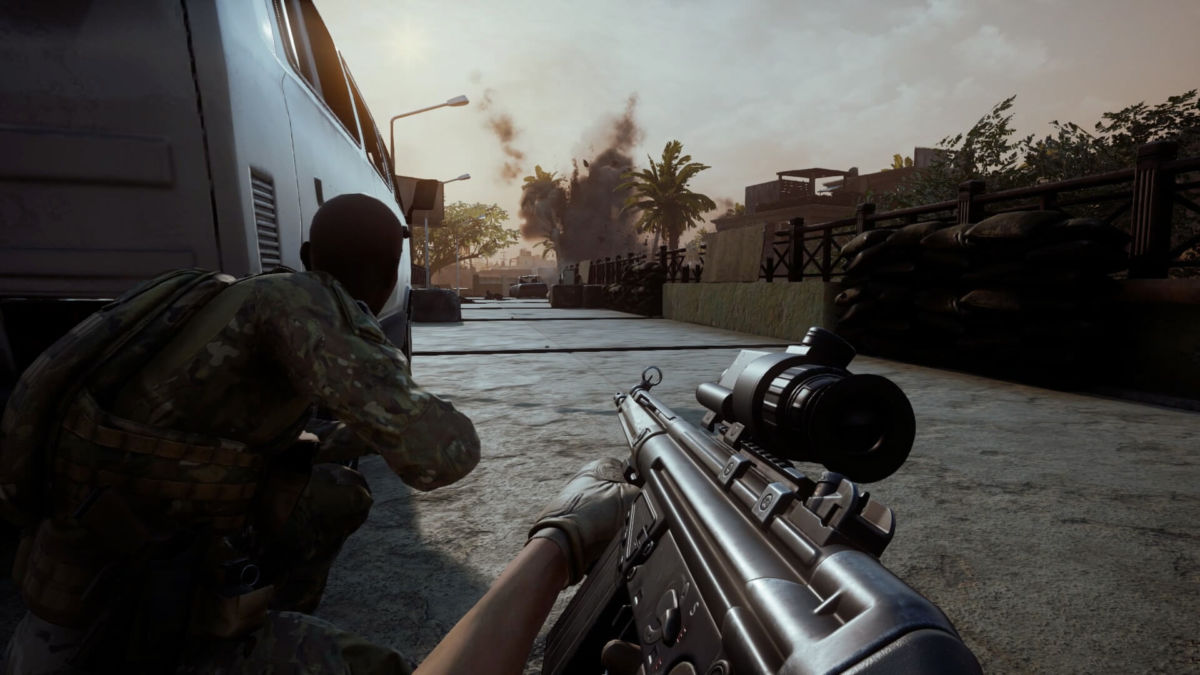 “Great, but how does it play?” Beautifully, that’s how. After attempting to customize my character’s cosmetics in the main menu only to realize I had no options until I leveled up and got some in-game currency to unlock clothing with, I booted up coop with a few friends in my party and jumped right in. Within a few matches I had acclimated to the way loadouts work and fallen in love with the buttery smooth shooting controls.

Building a loadout begins with the handful of classes that match up across both factions, from the generic Rifleman to the radio-toting Observer to whom the Commander class is beholden for calling on the limited, game-changing fire support options. These fire supports are devastating if employed correctly, and include helicopter and A-10 strikes for Security Forces, chemical mortars and suicide drones for the Insurgents, and artillery with both explosive and smoke-screen variants that both teams can use. These supports are balanced by the fact that two different people need to coordinate and be near each other, and it’s not as simple as calling in a killstreak in CoD — you have to take out, say, your binoculars, expose yourself long enough to call for it, then wait for it to get there. While I’ve certainly seen a well-placed support change the tide of a game, it has never felt cheap or overpowered to me — I’ve seen just as many gunships shot down by RPGs or gunfire as I have seen them win a match. 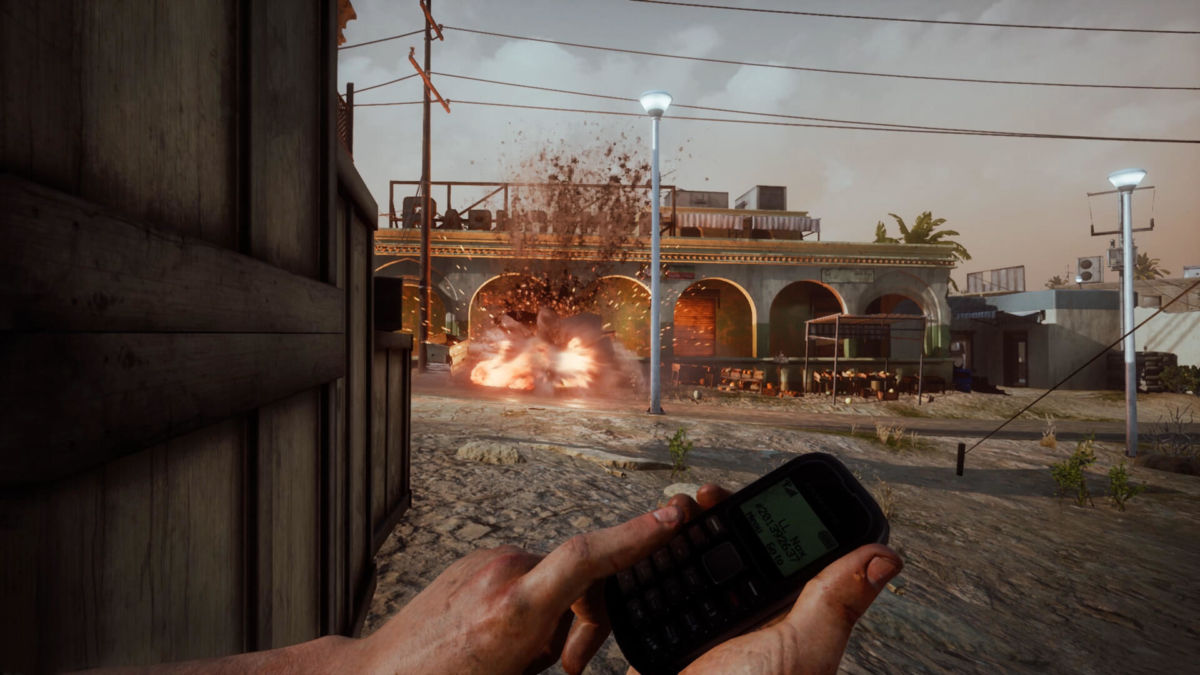 Every class has access to multiple weapons, as well as sidearms, attachments for weapons, body armor of different weight and protection levels and other miscellaneous gear. You are limited by two factors – weight encumbrance and tokens. Each piece of kit costs a certain amount of tokens, and you can’t go over. To be frank, I couldn’t figure out how weight affected me – it didn’t seem to overtly affect the speed of my character’s running or actions like aiming, switching weapons, mantling, etc. Every class has access to a decent semi-or-fully automatic weapon – even Breachers can use SMGs and Short-barreled Rifles instead of their shotguns, which affords them utility at medium range like every other class. (I hate when engineer/support type classes are limited to shotguns, don’t you?)

Weapons aren’t “balanced” in a traditional sense, but rather are categorized by their type and then their caliber. No matter what, it doesn’t take more than a few well-placed shots to kill anyone, even with armor. You might survive one or two more 5.56mm rounds from an M4 or G36 than you will from a 7.62mm FAL, and the guy with the 9mm sidearm or SMG has a shot at close range because he can pump you full of more rounds quickly with less recoil. It really comes down to personal preference and personal skill – don’t take the battle rifles unless you’re a good shot, because their high damage means nothing if you can’t handle the recoil when you inevitably panic fire it at the door as it gets kicked in. The faithful modeling of real-world performance over the need to have wildly-varying stats on guns chambered in the same caliber with comparable barrel lengths for the sake of balance and customization is refreshing. 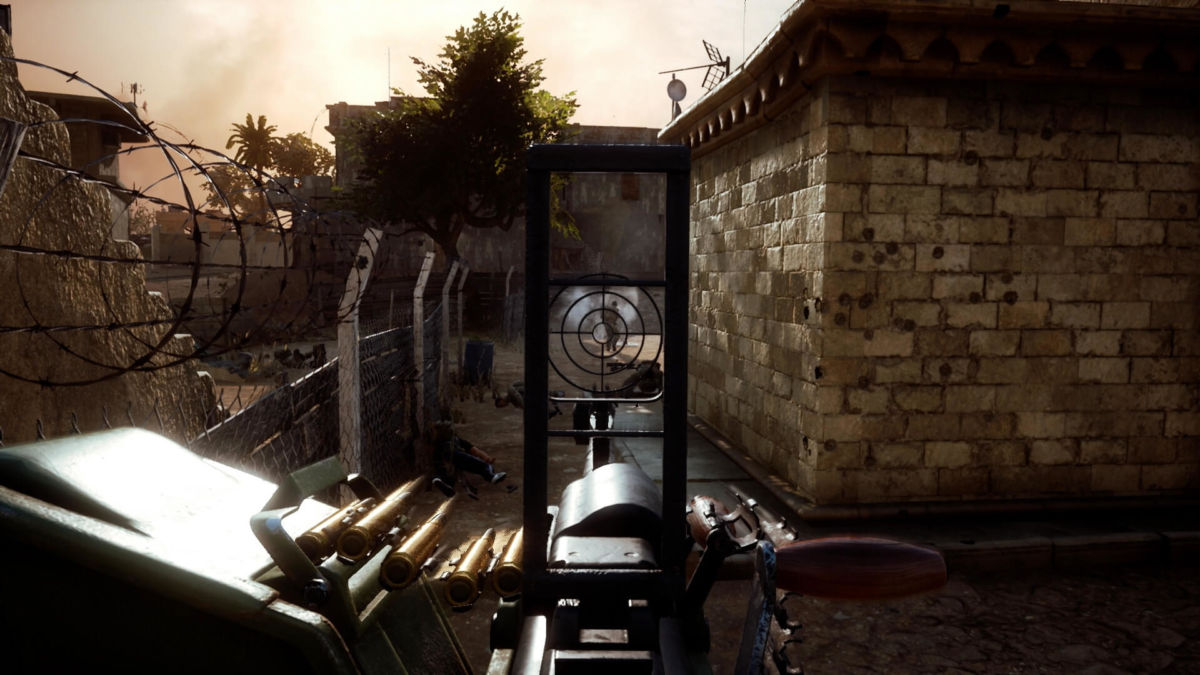 Engagements in Sandstorm take place predominantly at close-to-medium range, but a good Marksman or even just a guy with a scope on his battle rifle in the perfect position can lock down entire lanes or objectives, especially in PVP; the bots tend to favor rushing your position and jamming the sniper rifle down your throat rather than picking you off from a distance with it. This focus on CQB and urban gunfights with lots of hidden angles and verticality makes for heart-pounding action that never lets up except for brief moments as you take over a cleared objective and coordinate a defense against a counterattack, or wait for the initial push at the start of a match as the defenders. Watching a buddy get too close to a door and be subsequently bowled over as it is smacked open is a sight to behold, as is the ragdoll of the breacher flopping into the room dead as you dump half of a magazine through the wooden door. Smoke fills the room, rockets from a gunship rip through the building and grenades roll unnoticed underfoot as the defenders get picked off one by one while the attackers do their best to hammer the point from every side after their fire support finishes.

Sometimes these intense moments will be accompanied by judicious callouts and coordination over voice chat by the players , other times there will be near-silence of everyone’s mics. This is where I think Insurgency: Sandstorm shows its place in the tactical shooter community best. I’ve had great matches where everyone coordinates, both in PVP and Cooperative. I’ve also had a fun time where practically no one says anything. Sometimes everyone just kind of knows what they’re doing, or there are a few people who are so good they can carry the rest of us. Don’t get me wrong, there are many times where my team has been utterly trounced regardless of communication. The point I’m dancing around here ,I suppose, is that the game is loud, brutal fun no matter the level of skill or communication involved.

Insurgency: Sandstorm has just the right amount of realism and reliance on tactics and skill to appeal to the hardcore milsim crowd, while also being friendly enough for the more casual player to have a great time if they’re willing to give it a chance and stick out the learning curve. I truly believe there is something special here, an intersection of the mainstream competitive shooter and the tactical milsim shooter. I can’t promise I’ll play it as much as my old standbys, but the quick matches and visceral satisfaction I find here will, I suspect, have a place in my gaming life for some time.

Verdict
Insurgency: Sandstorm blends a fast pace and simple objective-based gameplay with a low time-to-kill, authentically modeled weapons and gear and an immersive, brutal and visceral style of combat to create the perfect intersection of competitive and tactical online shooters. Some graphical hiccups and at-times poor character models only slightly mar an otherwise fantastic experience.
9