The Wonder REVIEW – A Cinematic Miracle 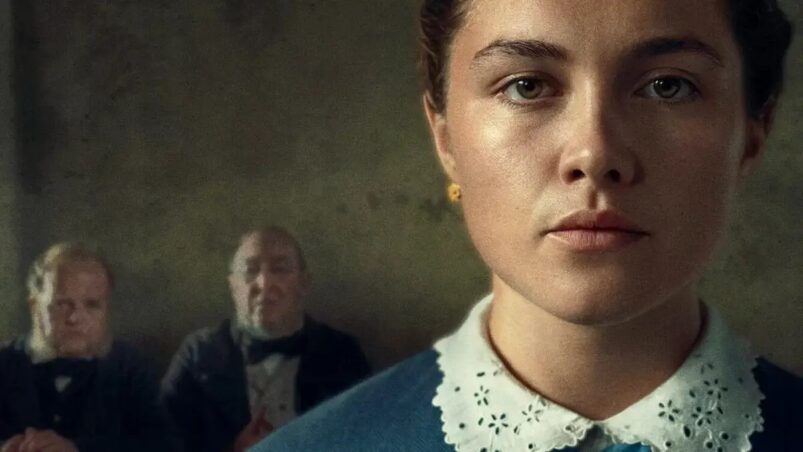 It’s rare that you don’t want to spoil a film’s opening image and sequence, but there’s something so immediately striking about the way The Wonder opens that I don’t want to say more than that it is surprising. As is the film that follows.

The Wonder, based on the novel of the same name by Emma Donaghue, tells the story of English nurse Elizabeth Wright (Florence Pugh in a role that should get much more attention than her role in Don’t Worry Darling), who travels to Ireland in the wake of the famine to observe an eleven year old girl who hasn’t eaten for four months but remains healthy. The girl, Anna O’Donnell (Kíla Lord Cassidy), is the child of a devout Catholic family who believe their daughter when she tells them that she is surviving on “manna from heaven.”

Elizabeth, “Lib” to her friends, and a nun, Sister Michael (Josie Walker), have been tasked with observing the child in eight hour shifts for two weeks to discern what is going on. They must discover whether the child is somehow sneaking food, has managed to discover or invent a new form of sustenance as the village doctor sometimes theorizes, or is in fact simply a living miracle. Lib, for her part, views her task as finding out how Anna is being snuck food while the girl’s family and other members of the committee that hired Lib and Sister Michael want proof that the girl is miraculous.

The Wonder doesn’t overstep in either direction, allowing the narrative to play out in a way that offers just as many indictments of overly fervent faith as moments of divine hope. It’s a story that feels almost Dostoevskian in its sometimes aggressive bleakness that only serves to make the moments of grace that much more impactful. There are some moments that nearly fall prey to miserablism, but instead of pulling back from that darkness, the film stares it down and pushes through with a fierce devotion to love. It’s a difficult balance that some viewers may not appreciate, much less enjoy, as it’s just as easy to read as anti-religious as preaching, but it’s a compelling dynamic.

Pugh is, as always, capable of bringing these scenes the emotional truth they require, but what’s perhaps most remarkable in this remarkable film is that Cassidy is entirely up to what is asked of her here. Which isn’t only portraying the girl at the center of a film about her status as a living miracle, but also holding her own in scenes with a doubting, sometimes stern Pugh. The fact that the cast is rounded out by Niamh Algar, Ciarán Hinds, and Toby Jones ensures that no matter who is on screen we’re seeing a phenomenal performance.

Beyond the performances, the adaptation makes a case for itself as a film in its truly astounding visual presentation. Cinematographer Ari Wegner, production designer Grant Montgomery, and director Sebastián Lelio create images that strike the eye as baroque paintings but for their moving parts. The interiors are helped along by gorgeously painted walls that show brushstrokes and are often lit with natural fireplace and candlelight, but the exteriors are just as awe-inspiring.

The Wonder is a film that truly feels miraculous. From its equally devastating and life affirming narrative, to the performances that deserve to be recognized this awards season, and the stunning beauty of each frame, to say nothing of its brilliant opening and closing. It’s a film that could make someone losing faith in cinema believe again. 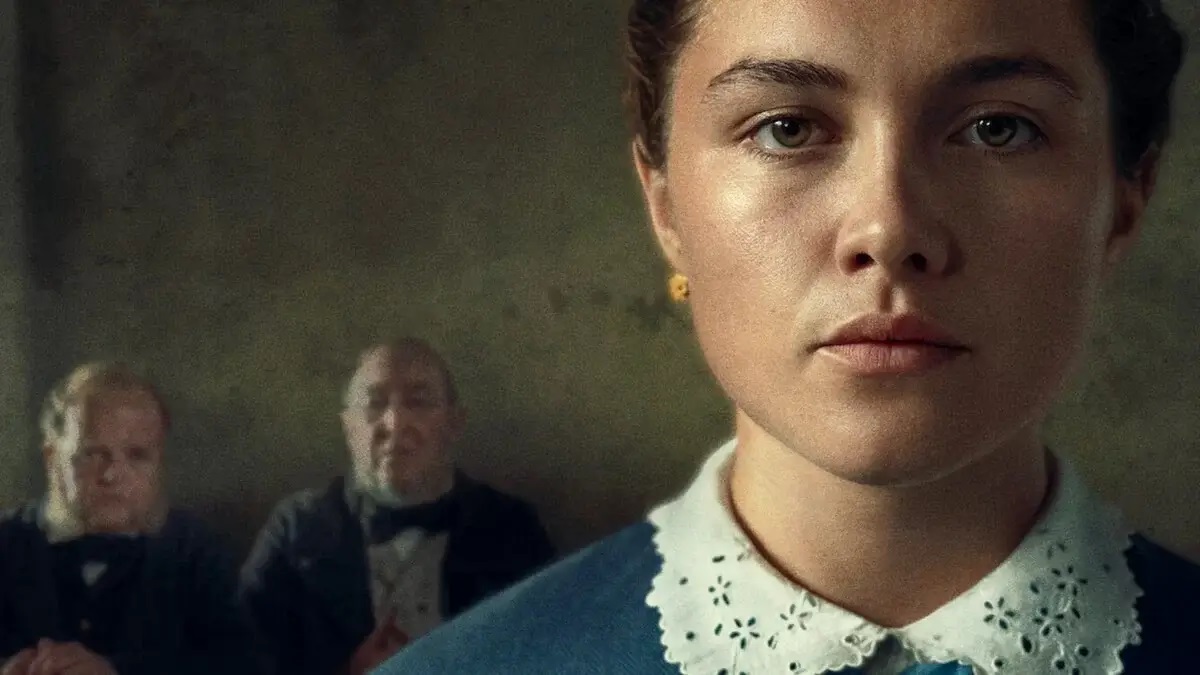 Verdict
The Wonder is an amazing film that delivers an emotionally powerful story of faith and some of the most beautiful images set to screen this year.
9
Cultured Vultures is a pop culture website established in 2013 covering all things gaming, movies, and more. We eat your words.
All The News On The Biggest Games