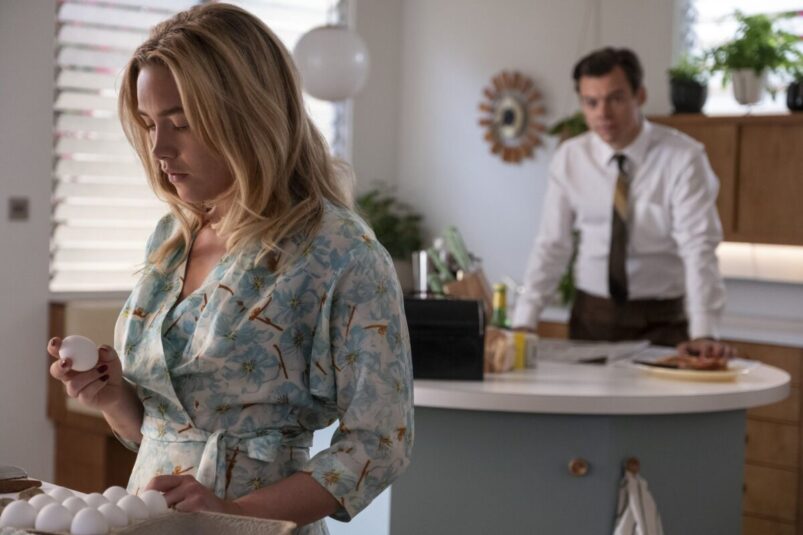 It was a lazy Sunday morning when my husband turned to me and said: “You know, I wish you would cook more.” I froze, in mid-sip of my matcha tea latte from Starbucks, stunned by this sudden admission. My immediate response was a furious rhetoric about gender and the domestic, and how I work just as much as he does – should I be expected to cook just because I’m a woman? But that’s not where his request came from. It’s about what cooking for someone represents – a sense of love and care. He cooks all the time for me, but I’ve never done the same for him, with my justification being that I don’t like to cook.

Watching Don’t Worry Darling made me think about that moment in my married life, and how couples navigate the new emerging roles in modern society. These roles used to be clearly delineated – the domestic was the woman’s domain, while the men were the breadwinners and the bacon-bringers. This is the world we’re plunged into in Don’t Worry Darling, where everyday begins the same way: breakfast cooking in the kitchen and the women waving their husbands off to work on their front lawn before a day of cleaning, shopping and dinner prep.

Alice (Florence Pugh) and Jack (Harry Styles) are the ultimate sexy couple. They’re so in love and into each other, as demonstrated by the countless sexcapades in their own house, and the houses of others as well. The couple live in the community of Victory, and Jack’s part of the Victory project, a top-secret project that none of the wives know anything about. Victory is run by their leader Frank (Chris Pine), who makes frequent speeches about progress and chaos, reassuring everyone that they’re a part of something great. Everything’s safe and idyllic in Victory, as long as they don’t travel beyond the community’s borders into a barren desert.

This seemingly perfect existence is intruded upon when Margaret (KiKi Layne), one of the wives, makes a distressing comment during a gathering. Most of the community takes what she said as ravings of a mad woman, but Alice can’t get Margaret’s words and demeanour out of her mind. Maybe because she feels that something is off about Victory, as well as her increasing sense of suffocation, played out in a series of effective images and accompanied by John Powell’s haunting score. The link is made clear, since Alice is usually in the process of cooking and cleaning when these bouts come on. Pugh is excellent in the role, caught between her desire for the truth and the suppression of it to keep things status quo.

While Styles’ performance isn’t as bad as some critics are making it out to be, it does nonetheless lack grit and a certain intensity when paired with a leading lady like Pugh. We see this especially in the couple’s fights, with Pugh giving us a captivating performance laced with such agony and despair. Styles tries his best to match her energy, but fails to truly sink into his role as she has. This is detrimental later on after we get the revelation and the horrors associated with that.

Don’t Worry Darling suffers from having the second half of the movie be infinitely more interesting than the first half. I understand the need to immerse us in the setting and the experience of living in a community like Victory, but it does feel too drawn out, with the movie deciding to work towards a third act twist instead of building to it earlier in the movie.

The best moments are when Pugh and Pine are in the same scenes together – there’s a sense of sparring and escalating tension, and things are so electric that you can’t look away. We’ve defined Pine for so long as this heroic leading man, and it’s so great to watch him bring to the screen a darker version of that charisma.

The twist that comes isn’t exactly anything unique or surprising, given that most of us have been exposed to movies like The Stepford Wives, Pleasantville and The Truman Show. It’s not saying anything particularly new, and can feel a bit rushed given the long, extended sequences that came before, but it does bring to the table a need to assess the hustle and ensuing exhaustion that accompanies modern relationships. What are the spaces we occupy now that clear delineations are off the table? Can we beat off the ingrained social expectations that have been drummed into us for so much of our lives? Do we need to?

I ended up cooking for my husband – take from that what you will. 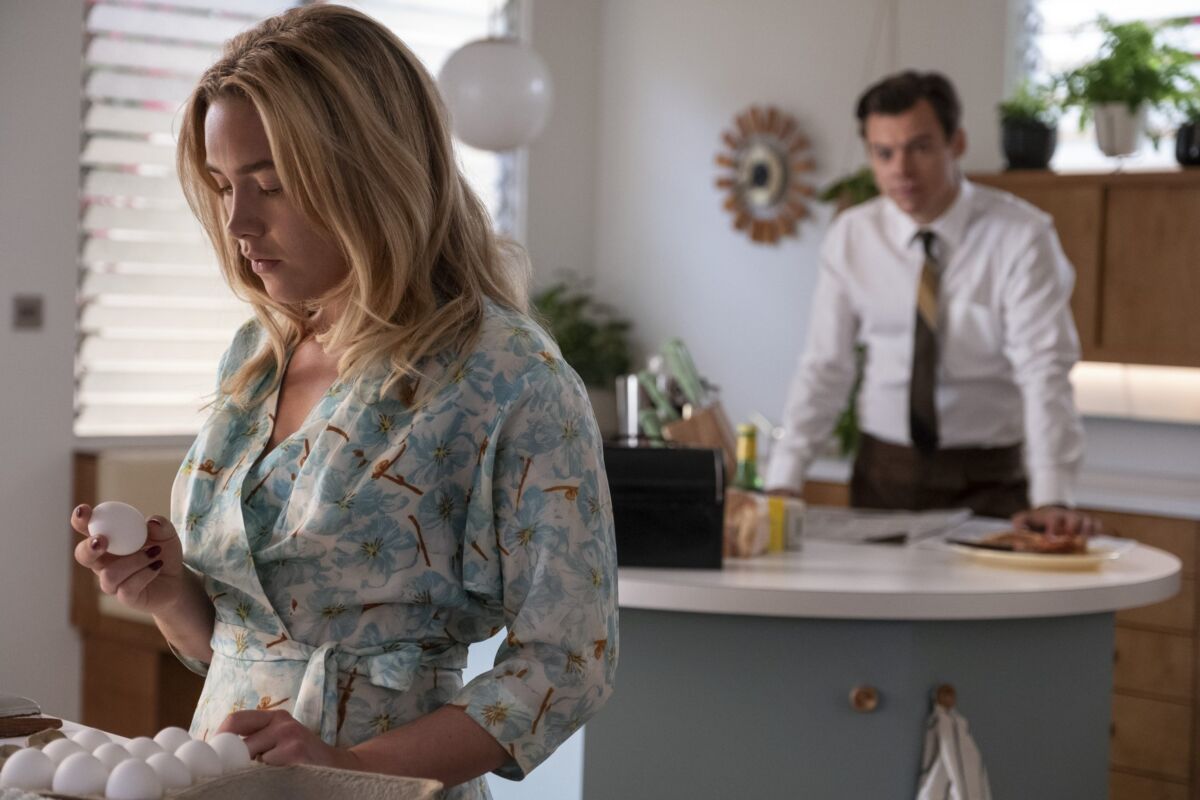 Verdict
Olivia Wilde's Don't Worry Darling has lush visuals, excellent set design, and amazing performances from Pugh and Pine. Where the film fumbles is in its screenplay and the set-up of a twist that most of us could see coming a mile away.
7
Cultured Vultures is a pop culture website established in 2013 covering all things gaming, movies, and more. We eat your words.
All The News On The Biggest Games