One fantastic game, from bell to bell. 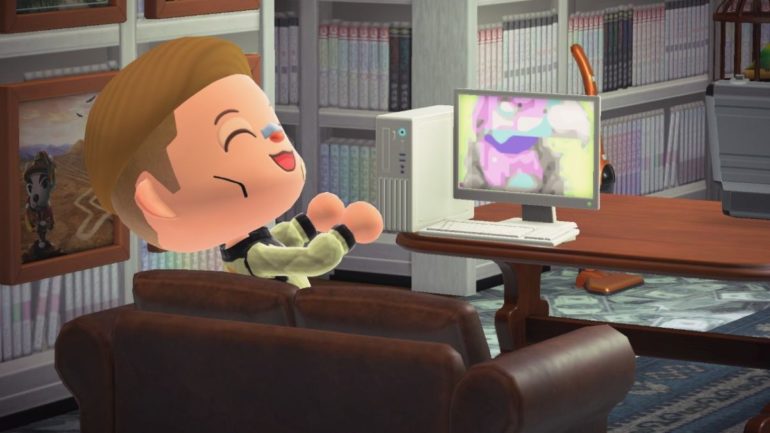 There’s no better method for coping with the entire world burning around you than by retreating to your own virtual island and pretending everything is fine, until some weird creep named Pietro moves in and then you’re just consumed with a burning rage that could rival 1000 suns. Curse that rainbow coloured clown, all the way to hell.

This year has been a lot, but if anyone hasn’t noticed that, it’s Nintendo. As the world stayed indoors, they looked to games to provide some kind of escapism for the hellish maw that engulfed the outside world, and one such game was Animal Crossing: New Horizons. Almost overnight, Nintendo’s life simulator went from a decently known curio to a genuine mainstream success, becoming one of the biggest success stories of 2020.

New Horizons is both a departure from the series while still maintaining that core essence of what it means to be an Animal Crossing game. Instead of travelling to a new village or town, you join everyone’s favourite landlord and first candidate when we start eating the rich, Tom Nook, as he attempts to build a society on a deserted island.

Along the way, you become the spokesperson for the town and the person basically in charge of bringing new people to the island, improving the overall living conditions for everyone and installing new features. Everyone else on the island likes to consider this a team effort, but donating six bells to the bridge repairs while I’m carrying the fate of Odgenville on my back doesn’t count in my book. As always, I blame Pietro.

One of the biggest reasons for Animal Crossing’s success, particularly this year, is that it can so easily fit into your daily routine. Instead of logging on for work after breakfast, I often found myself quickly running around my island to gather the day’s fossils or Bells from the trees I’d planted, grab my daily Nook Miles and complete any small odd jobs for the day. In a year filled with unpredictability, it was great to be able to feel in control of something, even if that was only of a small island filled with animal/human hybrids.

New Horizons also came into its own as an online game, even if the systems in place to necessitate said online play were a bit long winded. Pretty sure those dodos took their time just to irritate me. Part of the joy of playing this version of Animal Crossing came in visiting the islands of your friends, seeing what garish statues they’ve decorated their islands with or working together on the completion of certain goals. Pretty sure I donated more Bells to my girlfriend’s restoration projects than her residents did.

In fairness, Animal Crossing’s place in my routine didn’t last forever, and now my island is likely destitute, unloved and crawling with tarantulas, but the constant deluge of updates since launch have been tempting to me to revisit the island of Ogdenville once again. That’s if I can pluck up the courage to face up to the other residents anyway. They probably thought I died in my sports car bed or something.

While my heart will lie with DOOM Eternal as 2020’s overall GOTY, just because it’s more fun as a “game”, Animal Crossing: New Horizons’ cultural and personal impact cannot be denied. For many people, Animal Crossing has helped them get through a tumultuous time, offering a sense of connection where there was none before. That alone makes Animal Crossing worth celebrating.

READ NEXT: All of the Sharks in Animal Crossing: New Horizons