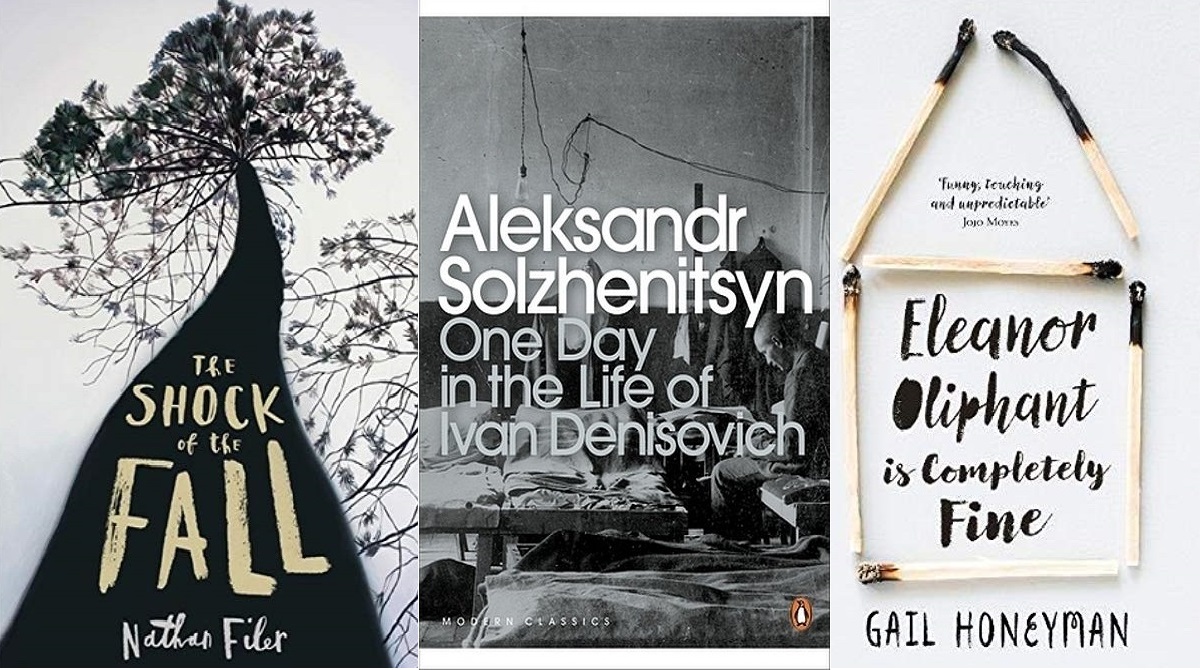 6 Best Books We Read This Year

The rule this time is that the book had to be published before 2018. Our Vultures came up with a great mix of genres for their recs!

We asked some of our Vultures to dig deep into their memories to tell us all about the best books they read this year. The only rule this time is that the book had to be published before 2018. With the usual variety of styles and genres, we Vultures cover pretty much every taste when it comes to recommendations.

Published in 2017 by Nine-Banded Books, this novel is part memoir, part travelogue, and part surreal meditation. The story of the book follows the author on his trips through Thailand and Cambodia and his meetings with the locals, sleeps with prostitutes, and explores the mountains of northern Thailand. Whether he’s writing about the slums of Bangkok or the lush green mountains of Thailand, he describes them in vivid, well-crafted prose. He juxtaposes images of abjection and beauty while telling engaging stories of his travels that keep this book accessible to a wide audience. I highly recommend this book and I look forward to reading more of New Juche’s work.

2. The Shock of the Fall – Nathan Filer | Avery McReynolds

Nathan Filer’s The Shock of the Fall, from 2013, is a first person narration, tragically told from the perspective of a male protagonist. At the beginning, Matt, who has spent ten years grieving the loss of his older brother, recounts the incident of which he vaguely remembers; blaming himself to the point of emotional degeneration. The details surrounding his brother’s death, are an interwoven mystery that Matt gradually unravels, all while ameliorating his mental state in a facility that functions in a realistic, clandestinely negligent and archetypal way. It explores the stigma of suffering emotional anguish through Matt’s observations. Matt finds solace in writing and through that, is able to deal with his struggles. There are high points and low points and it goes back and forth a bit, but it’s a wonderful, thought-provoking read. The first time I read it, I finished it in one day.

3. One Day in the Life of Ivan Denisovich – Alexander Solzhenitsyn | Darren Rolls

You could ask me this any year and my answer will always be the same. I first read this for a project in English at school and was a fan from the first page. One Day… is my favourite book of all time and I endeavour to read it at least once a year. Ivan Denisovich Shukov is a political prisoner in a Soviet work camp. The eponymous day is one deep in winter and Solzhenitsyn draws deeply on his own experiences to give a true insight into what life was like for the residents of these camps. The severity of the conditions and the emotional trauma that the prisoners go through are beautifully described giving you a real sense of being there.

“I don’t know what’s worse: to not know what you are and be happy, or to become what you’ve always wanted to be, and feel alone.”

Upon opening the Goodreads app (a must-have for self-proclaimed readers), the first review for the book is by Wil Wheaton. The fact that celebrity Wil Wheaton comments that the book is “required reading”, is an absolute testament to the brilliance that is Flowers for Algernon. My only lament is that it took me so long to read this gem.
The book follows Charlie, who gets the opportunity to undergo an experimental procedure that can not only cure him of his mental handicap, but also allow him to possess intelligence beyond that of a regular person. As he gets smarter, he starts to realise that wit can be a divisive thing. People found it easier to connect with simple Charlie, while intelligent Charlie is harder to love and not as well-liked.

When Algernon, the mouse who had undergone the surgery before him, starts to exhibit signs of regression, Charlie realises that it won’t be long before he returns to how he was before. Keyes’ prose allows us to experience Charlie’s mental space so acutely – to feel his struggle, his ache, his fight against the inevitable. It is a heart-breaking read, and probably not a book I can read again because of how emotionally drained I felt when I was done. It is a book I read in 2018, and it is also one I will remember for life.

5. The Name of the Wind – Patrick Rothfuss | Léon Othenin-Girard

The best book I read this year was probably The Name of the Wind by Patrick Rothfuss. It was the most fun I had had with a fantasy book for a while, and it felt like it was the story I had been wanting to read. I would have picked its sequel, The Wise Man’s Fear, but there was something pricking at me – other than the whole Felurian plotline – that I found somewhat annoying. As much as I love Rothfuss’s writing style, as much as I love this intricate world he’s built, the story just wasn’t going on in anyway. Something dark was lurking, and there were devastating things hinted at, but by the time Kvothe came back from the Adem, it ended up being a long walk for a short drink of water.

Now, don’t get me wrong, both books are an absolute joy to read, but The Name of the Wind was a much more satisfying read for me.

Gail Honeyman’s debut novel, published last year, is absolutely one of those books that you cannot put down once you have started. The eponymous heroine, Eleanor Oliphant, is equal parts hilarious, prickly and tragic, in the true sense of that word, and I defy anyone not to end up loving her. As you may be able to guess, she is not completely fine.

The book deals delicately with themes of isolation, loneliness and mental health, but never in a way that feels forced or as though it is preaching about them. I think that many of us might have someone like Eleanor in our lives, and I came away from reading this book thinking about how much nicer the world could be if we just noticed them. Like all the best books, this one made me want to be a better person at the end of it.