Forever Forest (Switch) REVIEW – Atmospheric But Not Much Else

Forever Forest has a certain allure, but the gameplay is not compelling enough to snare you in for long. 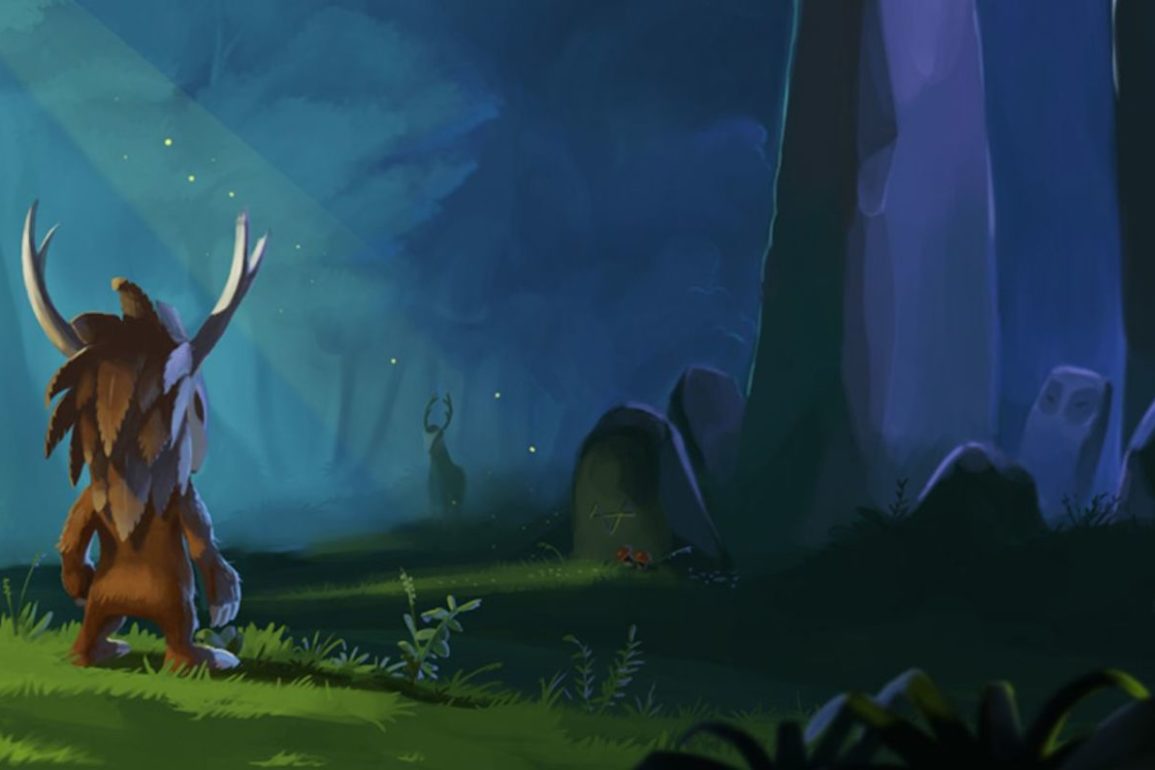 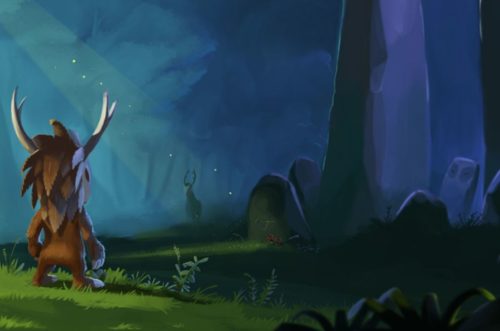 The Nintendo Switch is a fantastic console, probably the best Nintendo console since the Gamecube. The Wii brought Nintendo to the mainstream masses, but it also attracted great hordes of shovelware to the console. They’ve had the same problem ever since, with a huge gulf between each console’s best and worst games.

The Switch, too, has had this issue. With the catalogue of the store growing so quickly, it has seen its fair share of “iffy” titles release. The question is: where does Forever Forest fit into all this? Truth be told, somewhere in the middle. 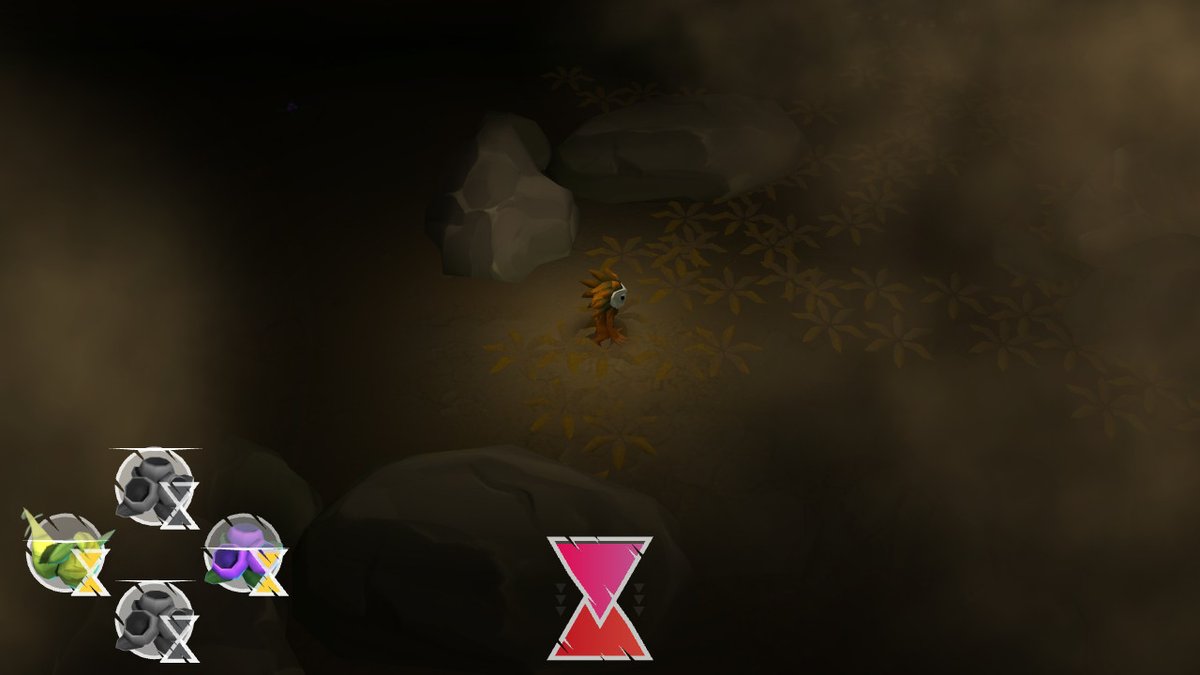 I have noticed a recurring theme in a number of Switch games of late: short playtimes. That’s not to say that a game is short, but it is more so a game that can be enjoyed in short bursts. Battlezone, a game which I recently reviewed, is an example of this. Each level takes around 5-10 minutes to complete, allowing you to put down the game while remaining easy to pick up and play again. This is the sort of game that Forever Forest is. It’s very easy to learn, meaning that if you don’t play it for sometime, you won’t struggle to pick it back up again. Forever Forest’s playtime varies greatly as you can either play the game in a marathon setting, or several, short, five minute bursts; it doesn’t make a difference.

The gameplay is easy to get to grips with. Left stick moves your character around, while the right stick makes him do a ‘pounce’, a jump of five or six feet, while attacking. The right stick allows you to pounce in any direction, while the A button also does the same thing but only in the direction you are facing. You play as a masked ‘child of the forest’ and the aim of the game is to survive. 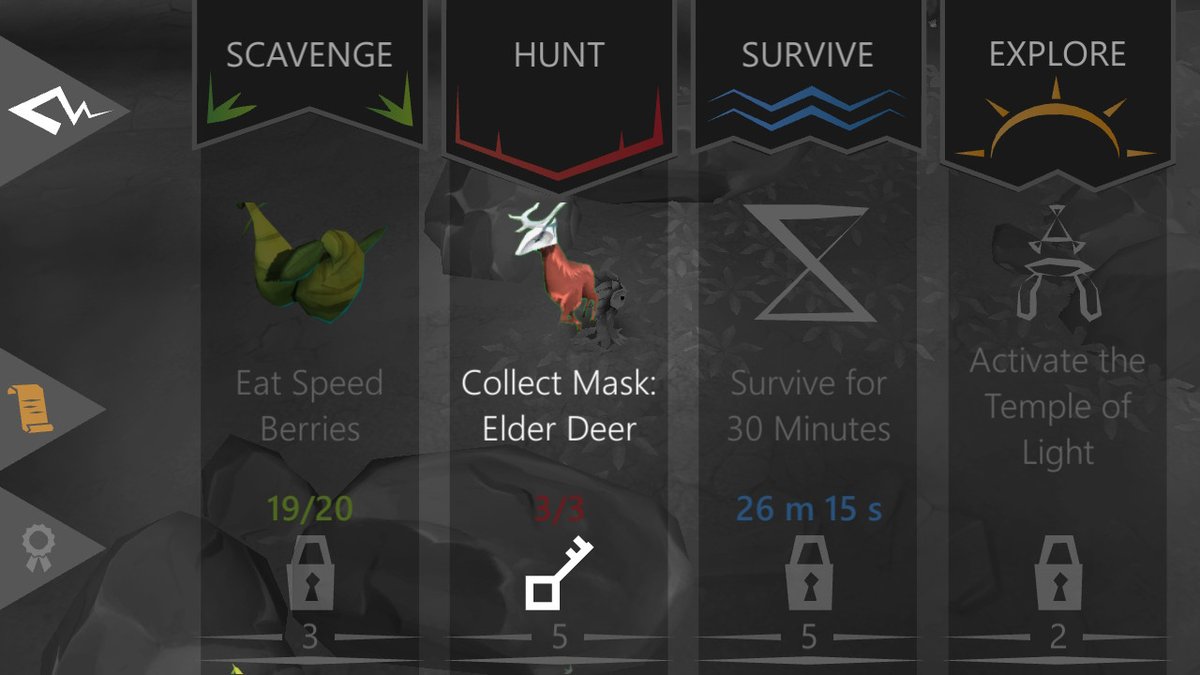 Developers Mad About Pandas describe this game as an “action-exploration-survival-role playing game”, which is an accurate description — sort of. Those expecting a survival game in the style of The Forest, Subnautica or even Minecraft will be disappointed, as Forever Forest’s survival boils down to merely eat, and don’t die. Likewise, the game has you complete challenges and collect Wyld Ore to earn extra abilities to explore newer places, but that isn’t what I expect when someone describes a game as role-playing.

An area where Forever Forest really stands out is its art and design. The Child of the Forest looks some way between masked animal and human. The forest itself looks mystical and strange, the designers only using minimal effects and darkness to make the game not only run better, but look nicer. The design of the menus and heads up is really rather pretty. Triangles are a key theme, with the hunger and health meters being two triangles pointing at one another, almost like an egg timer. Menus and icons are very well designed, in an almost minimalist style. 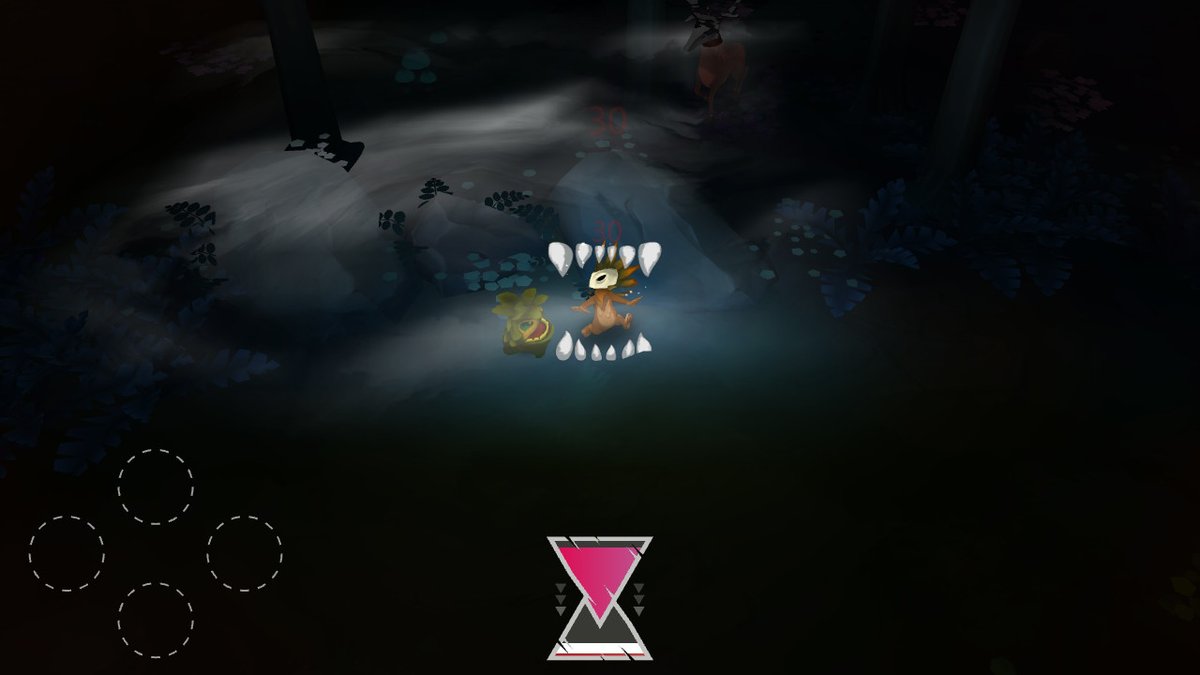 One downside is the terrible lag that the game seems to suffer. Due to the odd glitch, at the corner of the screen, I was able to see where the world loaded up, and it only loads up small sections of the world to improve performance and the game covers this with darkness, mist and dust effects. Forever Forest will briefly ‘judder’, which happens enough to become annoying and is most likely caused by the game world loading in.

Survival means eating, and the game gives you lots of berries to munch on. Different types have different effect: pink berries offer stamina replenishment, blue offer damage bonuses and yellow grant a speed boost. The aim of the game is to hunt various animals in the Forest, some animals are only there to attack you, and provide sustenance, should you choose to eat them. Some animals wear masks, kill those and collect their masks, these can be used to unlock new abilities. 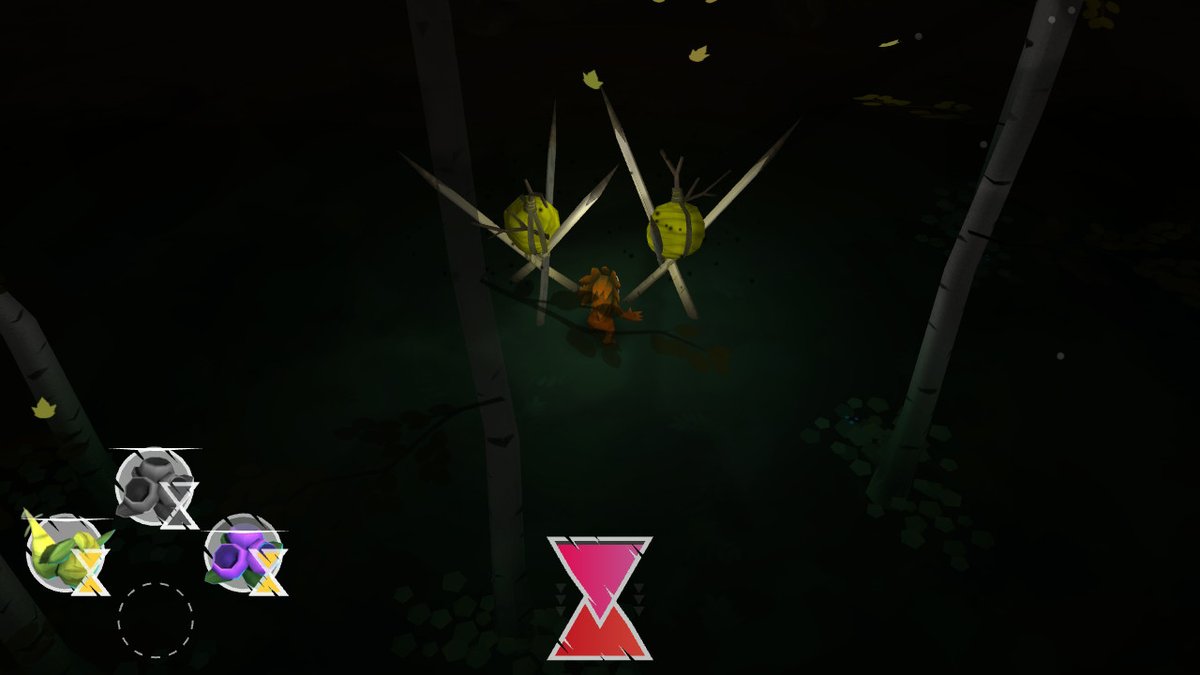 Hunting and defending are both key parts of this game. As I mentioned, hunting helps to replenish your hunger and gains you spirit fire and masks. But you can easily find yourself becoming the hunted, with some animals attacking on sight, others when they’re provoked. However, there isn’t much in terms of skill when it comes to combat — there’s no defending, only pouncing — so fights usually involve running around an opponent until your attack cooldown replenishes.

And that’s where the jerkiness really harms the enjoyment of Forever Forest.You’re chasing prey, the game jerks, they’re off in a different direction. Line up your pounce, game jerks, totally miss. It’s also makes defending yourself very difficult at times,as you can often find yourself taking hits while the world is taking a second to load. It is only a second, but the frequency with which happens gets annoying at times.

The forest of Forever Forest is eerie, intimidating, yet beautiful. Due to the game design, you don’t get to see much around you, with dust, fog, mist and darkness all swirling around you, but also the fixed, high up camera doesn’t allow you to see too much. Using the map is the easiest way to get around, and there’s plenty to see. Downside is, while there are different biomes in Forever Forest, they all feel a little bit samey.

One of the key features of the game is the tasks, which are broken down into Scavenge, Hunt, Survive and Explore. Scavenge tasks usually revolve around collecting amounts of types of berry. Hunt sees you collecting masks from prey. Survive is basically based around how long you can survive without dying and Explore is all about unlocking certain areas.

The problem I have with Forever Forest is that it feels a little bland. Whereas games like Minecraft had lots of very different biomes and secrets to keep you wanting to explore further, Forever Forest doesn’t really have that feeling to it. The game feels as though it wants to keep you at arm’s length from its world. It doesn’t do anything to draw you in, the exploration aspect of the game is nice, but it doesn’t feel as though there’s much to see.

Forever Forest has great potential. I hope the developers add a little more meat to the game as I’d like to experience something a little more in-depth. That being said, I am certain there are those who’ll love this title exactly the way it is — it’s dead easy to pick up and play, and then put down for a while. Forever Forest isn’t a bad game, but it’s a game I desperately wanted more from. 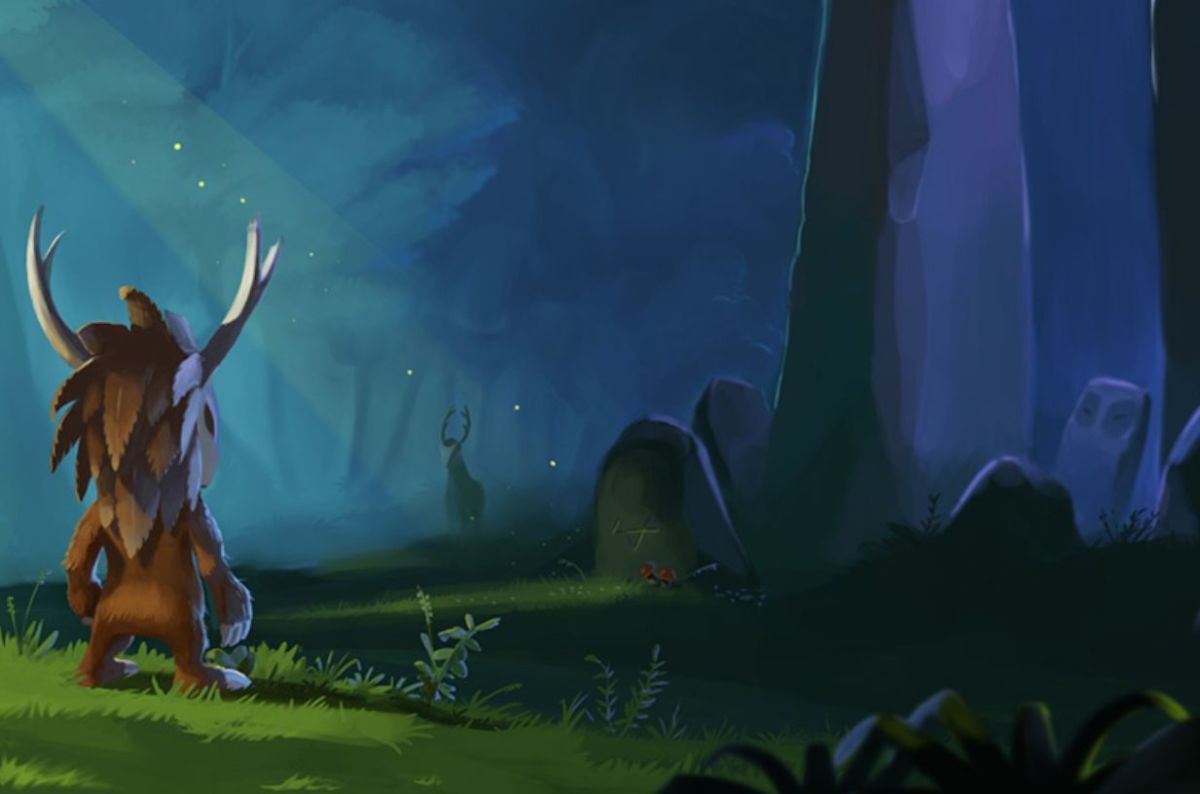 Verdict
Forever Forest has a mysterious atmosphere and wonderful design, but the gameplay is not compelling enough to snare you in for long.
5.5