"We had our jabs when we went to the Isle of Wight." 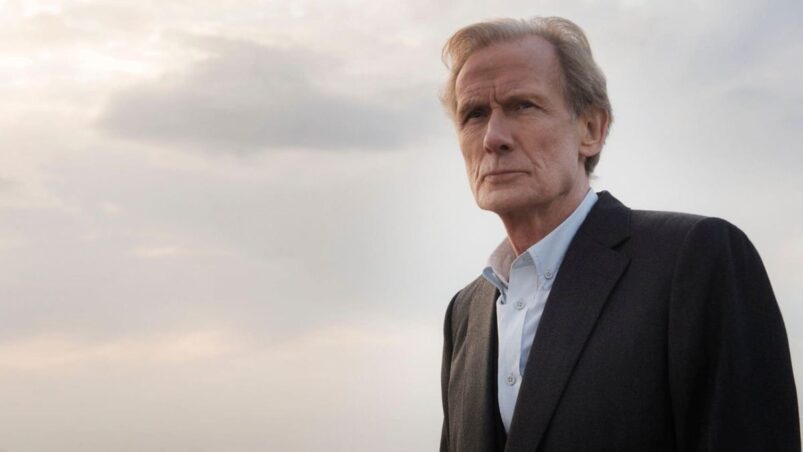 Even if you’ve never seen this hot new show called Doctor Who, the odds are surprisingly high that you’ve caught some portion of the Van Gogh scene. The culmination of the impressive fifth season episode Vincent and the Doctor is a beloved moment in the modern Doctor Who canon.

It isn’t hard to see why. Van Gogh (an emotional powerhouse of a performance by Tony Curran) is given an opportunity to see his long-neglected work appreciated in the 21st century. As an art curator, played by the warm, effortlessly brilliant Bill Nighy, discusses the influence of the artist, Van Gogh is overwhelmed by the realization that his life will have meaning.

Even if you don’t particularly like Doctor Who (I don’t), you can’t deny the flawless execution of that scene. Its emotional strength does not really even require a comprehensive understanding of Van Gogh himself.

Tony Curran’s acting in the scene, indeed, in the entire episode, is rightfully praised. However, when I see people discussing that scene, I rarely see Bill Nighy getting any credit. In fact, for many, many years, and even today to a large extent, British character Bill Nighy has been an actor who elevates everything he works on and doesn’t always get credit for it.

His time on screen can often be quite brief, but time and time again, as a supporting and occasional lead actor, Bill Nighy uses his own performance to enhance everything else going on in the scene. This quality has made him a deeply empathizing protagonist, a terrifying villain, or someone who just wants to understand what the hell is going on. Nighy’s performance traits are distinctive, yet he has been able to use those traits in a wide variety of different movies.

Vincent and the Doctor is a useful example of just how good he is.

You may not have necessarily noticed his work in that brief, moving scene, but his words help significantly to create a moment of television that’s almost impossible to watch without crying.

Almost every movie Bill Nighy has appeared in over the past 40 years has benefitted from his ability to consistently surprise us.

Still Crazy gets unique laughs and character-driven distinctions from other stories of a washed-up entertainer (or rock band, in this case) getting some sort of new chance at glory. Or at least quiet satisfaction. Bill Nighy is one of the funniest components to that, although he is joined by one of the strongest casts of any movie about a rock band trying to grow the hell up.

This is a familiar story, yes, but good writing and casting can often move around that. Stir Crazy shows us that over and over again.

Still Crazy earns our desire for these guys to get something that will make them feel as though they didn’t waste their entire lives. Bill Nighy expresses that longing in hilarious, sometimes dark modes. He can shift to being ridiculous, but just as easily become someone who uses that energy to hold back the gnawing realities of life. Like many of the cast here, it’s a complex take of a likable, straightforward movie.

Bill Nighy only gets a couple of really big moments in the 2004 zombie comedy classic Shaun of the Dead. This would be the first of a few collaborations with director Edgar Wright, who seemingly delights in using Nighy as a secret weapon. Whether this is applied to a character who proves to be extremely surprising, and hilarious within that reality, some sort of harbinger of doom, or something in between, Nighy’s work with Wright is a noteworthy collection of acting highlights.

Shaun of the Dead might be my favorite among them. Playing the stepfather to the title character Shaun, an aimless slacker who is about to become a zombie apocalypse hero (still one of Simon Pegg’s strongest comedic performances), Nighy establishes a relationship with Pegg’s character from the moment we see them together. It’s genuinely impressive to watch Nighy center a character who we don’t expect to like very much or spend a lot of time with.

While that second point proves true, the first does not. In the chaotic final moments of his character’s life, Nighy manages to not only be extremely funny, but to also create with Pegg a relationship between two characters that serves to strengthen the emotional core of one of the best comedies of the decade. That’s a lot of ground to cover with maybe 10 full minutes of screen time.

Bill Nighy also makes for a stellar, even dapper zombie. That isn’t a huge surprise, given his distinctive, classic gothic (which came in handy for the mostly good Underworld franchise) features.

A noticeable age difference aside, The Girl in the Café nonetheless comes by its romance between a middle-aged civil servant (Bill Nighy) and a young woman (Kelly Macdonald, creating a strikingly rounded character) in a way that won’t bother most.

Nighy plays British government middle management with an impressive degree of quiet anxiety. He never veers into being pathetic, but his cowardice would be difficult to come to terms with if his characterizations didn’t suggest someone who was ready to do better.

Meeting Gina in a café is the opportunity. Nighy’s performance still harkens to a man uncertain about confronting his loneliness, comforting in its way, but his gradual changes by virtue of a relationship which challenges him on every level are handled with grace and subtlety.

The Girl in the Café reveals political stakes, as well as emotional ones, as the film goes on. This aspect can come off a bit uneven at times, but this never diminishes the impressively deep, two-sided relationship that develops between Lawrence and Gina. This is a rare romantic lead for Nighy, and he excels.

A friendship between an older (Judi Dench) and younger (Cate Blanchett) teacher is already simmering with what could gently be described as complicated feelings. Their bond is soon shattered by the revelation that the younger teacher is having an affair with an underage student.

Notes on a Scandal is a movie which builds some very difficult tension between not only these elements, but other relationships within the film. One of those is the marriage between Blanchett’s Sheba Hart and Bill Nighy’s Richard.

While this is another film in which Bill Nighy is certainly not the focal point, nor does he get a lot of time on screen, his contributions to the deeper emotional intensity of Notes on a Scandal help to take this story to the far-reaching consequences of the actions of the main characters in a very real way.

Richard is indeed a victim, but Nighy doesn’t make him pitiable. The love he has for his wife is painfully apparent and arguably innocent, and the sudden, punishing struggle to understand what has happened gives Nighy some of the best moments in the movie. He stands out on his own, but also uses the bulk of his short time on screen to enhance the narrative as a whole.

A somber story of a father’s depressingly endless search for his long-missing son is run through some slightly eccentric filters in Sometimes Always Never. However, the film moves at such an oddly calming pace, giving us no choice but to engage with these characters on that level, that it never becomes too offbeat for its own good.

Much more of a drama than a comedy, Nighy’s performance as the father offers a remarkable depiction of the film using its stranger impulses and moments to support a very sad story about a father who struggles to reconcile his desire to correct the worst mistake of his life with the burden this search can sometimes place on those around him.

If Sometimes Always Never was indeed too strange for its own good, we would never get past eccentric personalities saying sometimes very odd things in a particular, varied, and stylized fashion. However, with a good script and direction, as well as a cast that seems to get this material on a fundamental level, the movie can go miles beyond being more than just a curiosity.

Bill Nighy’s performance is marked by haunted loss, an obsession with the game Scrabble, and a sweet disposition. It is yet another emotional anchor from an actor who can find them in virtually any role or type of film.

READ NEXT: Make the Case: Gabriel’s 10 Favorite Horror Movies Ever