Animal Crossing: New Horizons: How To Catch A Catfish 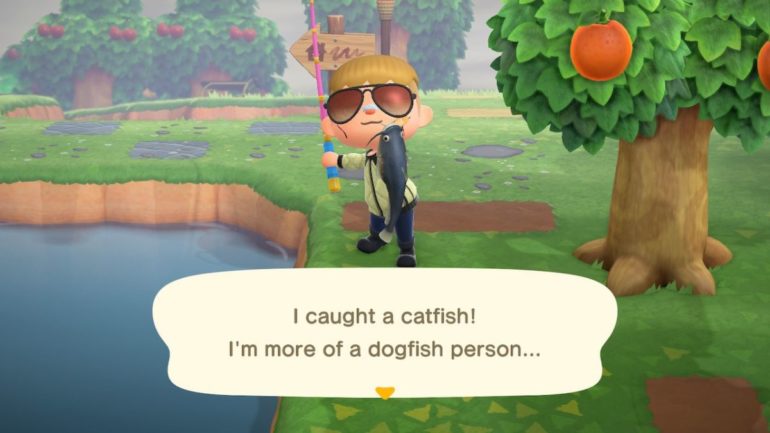 With every new month comes new fish to catch in Animal Crossing: New Horizons, the month of May seeing the arrival of the semi-rare catfish. Don’t worry, there’s no documentary crew that comes with it.

Here’s everything you need to know to catch the catfish in Animal Crossing: New Horizons.

A large fish with a very distinct pout, the catfish in Animal Crossing: New Horizons can be found by fishing in a pond. If you don’t have a pond, you are able to make one by using your Island Designer and then carving out a body of water that does not connect to any other water.

They appear from 8AM to 4PM every day.

Once you’ve caught a catfish, don’t forget to turn it into Blathers at the museum to add it to his collection.

When you catch another one, you can then sell it at Nook’s Cranny for a decent 800 Bells price, or display it in its tank.

You can also hold onto it until C.J. arrives on your island, who will then buy it for 20% more than usual for a price of 1000 Bells.

When Is The Catfish Available Until?

The catfish casts a medium-sized shadow and is available from the start of May until the end of October, so you have plenty of opportunities to catch one.

This goes without saying, but you will of course need at least a flimsy rod to catch the catfish in New Horizons. You can use bait on a pond to increase the chances of snagging one.

Animal Crossing: New Horizons, which is out now exclusively for Switch, is a good ol’ time. From our review: