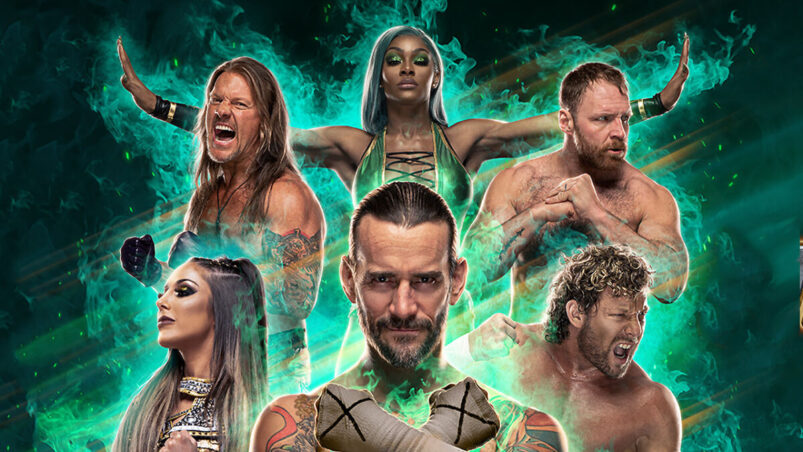 The WWE 2K series will have to stand up and be counted, because a new competitor in the world of wrestling video games is entering the ring. AEW is releasing its first wrestling simulator, which is being developed by Yuke’s Co Ltd and published by THQ Nordic. Will wrestling fans be able to try AEW: Fight Forever out via Xbox Game Pass though?

This epic video game includes many wrestlers from All Elite Wrestling, like Nyla Rose and Chris Jericho. You can even catch a glimpse of some of the sweet wrestling moves in action during AEW: Fight Forever’s showcase trailer.

AEW: Fight Forever was anticipated to release in 2022, but the year is almost over and nothing has been mentioned about its launch. The game is supposed to release this year at some point, so hopefully, fans will be able to get their hands on it later in Q4 on PC, PS4, PS5, Xbox One, Xbox Series X & S, and Switch

Fans are eager to know if AEW: Fight Forever will be heading for Game Pass when it’s released. Since it’s launching on multiple platforms and isn’t exclusive to a specific console, the chances of a day one Game Pass release are slim.

While AEW: Fight Forever’s gameplay will be fairly similar to WWE 2K22, its roster and venues will, of course, differ greatly, and will include wrestlers like Kenny Omega, Adam Page, and Thunder Rosa.

Owen Hart and Sting will be making a rather iconic comeback and would honestly make such a truly awesome tag team in the game. There are also some well-known ex-WWE talent included in AEW: Fight Forever, like CM Punk, Shawn Spears and Ruby Soho.

None of the rings for AEW: Fight Forever have been officially confirmed yet, but the ones that have been previewed in the trailers look incredible with great attention to detail. While the venues are visually stunning, the rest of the game doesn’t quite match up. The wrestlers seem rather unrealistic and out of place in the meticulously created settings, as can be seen in this gameplay trailer, though this is down to it being inspired heavily by the N64’s No Mercy.

Right now, the release date for AEW: Fight Forever is completely up in the air. The game was set to release in September 2022, but the month has all but come and gone. Its release should still happen in 2022 at some point.

Upon its launch, it’ll be available on most platforms. Whether or not AEW: Fight Forever is headed to Game Pass is still unknown.

THQ Nordic and Microsoft have worked together many times before. While this gives way to the possibility of AEW: Fight Forever appearing on Game Pass, it guarantees absolutely nothing. Fans will have to wait and see if a game day release to Game Pass is in the cards for AEW: Fight Forever, as only time will tell.