Some big names right out of the gate. 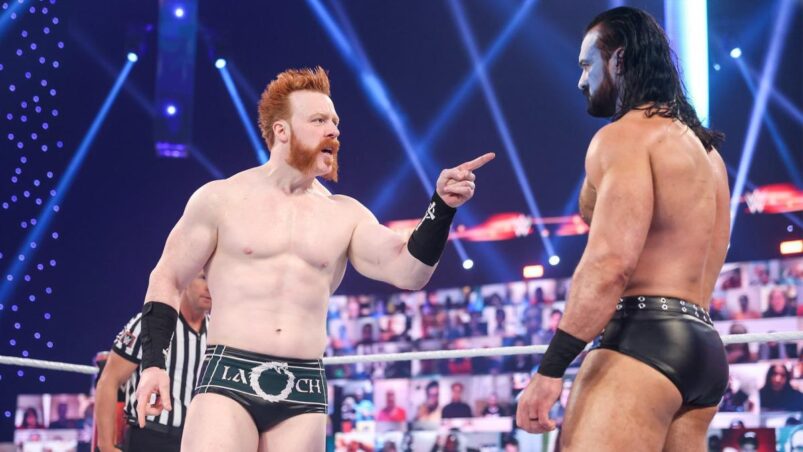 WWE have confirmed four wrestlers that will be given the opportunity to compete in the Men’s and Women’s Money in the Bank ladder matches at the upcoming pay-per-view. As part of this week’s episode of SmackDown Live, two qualifying matches will take place, firstly pitting Drew McIntyre against former friend-turned-rival, Sheamus, and then for the Women’s match, Lacey Evans will face Xia Li.

Those looking to make some smart bets this week will likely be choosing Drew McIntyre to be the first name confirmed for the Money in the Bank ladder match. He and Sheamus have put on some absolute bangers in the past, I wouldn’t expect anything less from the two brawlers on this week’s edition of SmackDown, with Sheamus doing the honours to his pal once more for the sake of giving him the means of getting to his eventual title match against Roman Reigns.

The Women’s entrant is a little harder to call, perhaps Lacey Evans will make good on her debut and score access to the pay-per-view, her first in over a year. Whereas Xia Li, who has floundered since changing gimmicks, has become the resident chump, so unless they’re hoping to revitalise her character, she’s probably taking the L.

As far as other entrants go, there’s currently no word on who else will be given a qualifying opportunity just yet. I imagine we’ll see at least a couple more confirmed for each match over the course of the next week, so keep your eyes peeled for more updates on the potential MITB line-up.

READ NEXT: Edge Leaving The Judgement Day Was The Wrong Call