Edge Leaving The Judgement Day Was The Wrong Call 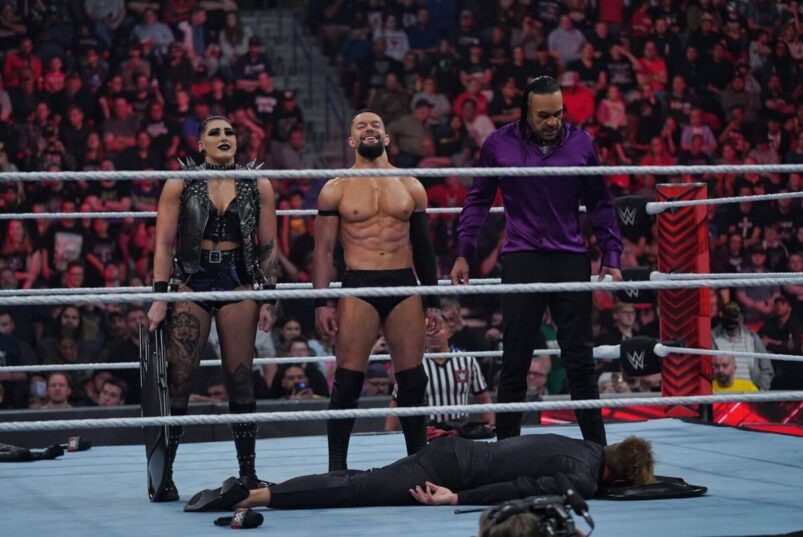 On this past week’s episode of Monday Night RAW, the leader of The Judgement Day, Edge, was booted out of his own faction by Damian Priest, Rhea Ripley and newcomer Finn Balor. Rumours suggest that this sudden change in management was down to Cody Rhodes’ untimely injury, leaving RAW without a top babyface for the forthcoming half-year, so ‘The Rated R Superstar’ was called back to the light side for the sake of giving the red brand a hero to get behind.

However, as great as this is for Finn Balor now getting to get back in touch with his demonic side, has this hindered the Judgement Day more than it has helped them? Edge was just finding his feet as a villainous cult-like leader as part of their inaugural feud with AJ Styles and friends, and both Priest and Ripley were getting a huge rub by being included as part of his faction. Edge is a ring veteran after all, and anyone he shares the ring with, let alone tags with, is going to become much bigger stars for it.

The Judgement Day were slowly becoming one of my personal favourite things in WWE, and also well on their way to becoming a powerhouse on the roster. Rhea Ripley had scored herself a shot at the RAW Women’s Championship at Money in the Bank and an argument could have been made for Edge and Priest to go for the RAW Tag Titles once the beef between RKBro and The Usos had calmed down. Seeing the trio, plus any extra minions, on top of the RAW brand could have been the kind of shake-up necessary to fill the void while Roman Reigns is enjoying the part-timer life.

Yet, WWE, in their infinite wisdom, have elected Balor to be the necessary usurper to Edge’s dominion. This is no slight towards the former 2-time NXT Champion, as Balor is more than deserving of a top spot on the main roster, but perhaps now wasn’t the best time for WWE to decide that they wanted to pull the trigger on him as a heel faction leader. Balor was brought in as a sidekick to AJ Styles to lend the assist against The Judgement Day, and quite frankly he was doing just fine as a babyface ally. There were no real teases for him to suddenly decide that he fancied a walk on the darker side, as in, he and AJ weren’t butting heads nor was Edge really pushing for Finn to join his ranks. So this betrayal has kind of come out of nowhere.

The stable to have their legs cut under them so soon after forming is a real knock to their momentum. Edge has managed to get over as a big-time heel, re-inventing himself with a new hairdo and general demeanour. It was probably the strongest Edge has looked since returning in 2020, now he’s taking several steps back by being reduced back down to a generic, token legend. Of course, WWE could continue with Edge’s new gimmick but in a babyface light, though I doubt it would have the same effect.

On the plus side, this does give the WWE fanbase a storyline to sink their teeth into while waiting for Cody Rhodes to make his triumphant return in six months, likely around Rumble season. Edge can make one last run at the WWE Universal Championship, maybe in time for Clash at the Castle or just afterwards unless they choose to double down on Drew McIntyre as Roman Reigns’ main-event opponent. Otherwise, Edge and Balor should be given as much time on and off screen to develop their rivalry and at least make it so that The Judgement Day faction aren’t made to look like a bunch of spooky chumps by the end of all of this.

There’s a fine line WWE are going to be walking going forward, and it could easily mean the final nail in the coffin for a stable that has only just got off the ground running. Here’s hoping that Rhea can walk away with a big win at Money in the Bank and Finn Balor can be given some sort of momentum by turning heel against Edge.