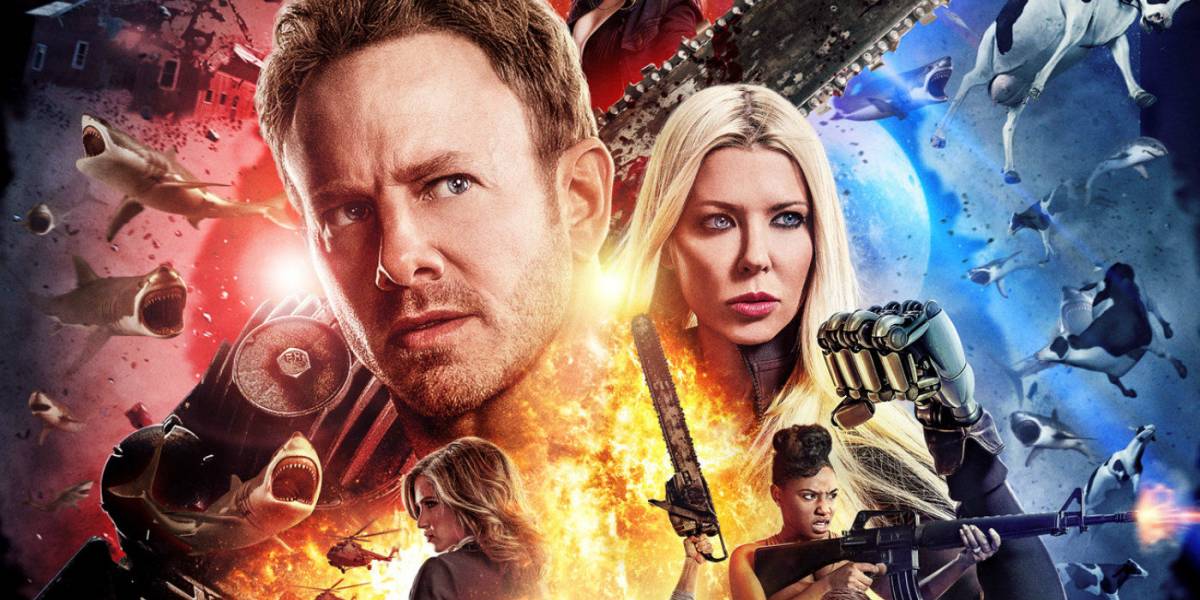 Burrowing into the well-plundered goldmines of ancient folktales yet again and inexplicably returning with fish, Little Dead Rotting Hood is another example of The Asylum convoluting a germ of an idea from a fairy tale and missing the point entirely, featuring over-used and continuity-defying fog, a crucial-to-the-plot strip tease and lap dance, an indoor continuity-defying wolf attack, and an unfortunate use of the portmanteau ‘crexy’.

8. I Am The Pretty Thing That Lives In The House

A Kubrickian/Lynchian psychological horror thriller overflowing with voiceover narration but lacking tension, suspense, or dread, I Am The Pretty Thing That Lives In The House is tastefully appointed with disembodied voices, manifested apparitions, and fresh baked goods, but little else.

Celebrities, authors, philanthropists and other wealthy people gush over the luxury brand in this well-shot and slick feature-length advertisement.

A beautifully shot, awful, congratulatory corporate cheerleading film with deliriously squealing celebrity shills, Crazy About Tiffany’s is just as polished as its overpriced baubles, and in an unexpected turn-of-events, everyone onscreen is somehow surprised to discover the Holly Golightly character in Truman Capote’s story is a prostitute.

The Asylum somehow manages to phone it in on a franchise which is already phoned in in this dreadful fourth entry to the dreadful franchise.

In a desperate attempt to make anything tornado-related, there’s a bouldernado, an oilnado, a lightningnado, and a nuclearnado, none of which are very compelling. Tara Reid and David Hasselhoff both attempt to unconvincingly run, and Stacey Dash attempts to act, and all three needed stunt doubles. Carrot Top, Vince Neil, and Wayne Newton all appear, which is reason enough to avoid it.

Yes, no one going into Sharknado 4 is expecting it to be any less than awful, but not like this. Not like this.

Since writing my original review of Zoombies, it’s come to my attention that it’s a shot-for-shot remake of Jurassic World, only with zombie lemurs. I didn’t notice.

12. Batman Vs. Superman: Dawn Of Justice

Convoluted, slow-moving, unnecessarily long, and very, very serious, Batman Vs. Superman: Dawn Of Justice plays like dozens of tiny, ponderous, barely-connected mini-movies, all of which are dreary.

Thrilling and terrible in equal measure, the thrills are almost instantly forgotten once they’re over. It’s no fun. The Justice League makes a pointless money grab of a cameo, and it’s a huge letdown. Jesse Eisenberg is horribly miscast as Lex Luthor, and he twitches and spouts non sequiturs. He appears to have attended several classes at the Johnny Depp Acting School, where no take is a good take unless it’s a triple take. Batman Vs. Superman: Dawn Of Justice begs and screams to be taken seriously, and to quote Family Guy, it insists upon itself. It’s the pointless action figure in the toy aisle no one wants.

A filmmaker returns to the scene of a cult’s mass suicide in this atmospheric, jumbled horror film.

A tense and quiet film, it’s punctuated by cliches such as unnecessary jump scares and the unavoidable plot element of a lack of cellphone coverage. There’s also a suspiciously functional 25-year old generator near the long-abandoned cult’s compound.

Slasher-film elements at the end mar an intriguing paranormal script, which makes for a confusing mess. Thomas Jane leaves tooth marks in every scene he’s in. I surprised myself by not hating it with every fiber of my being, but I included it here to round the list out to thirteen.

I know, I know. You’re going to say, “Stabford, I can’t believe you’ve compiled a list of the worst movies of 2016 and left Neil Breen’s newest ‘visionary, revolutionary’ film Pass-Thru off the list, which instantly discounts everything you’ve just said.” Well, I can’t help that because I didn’t get a chance to see it.

According to Neil Breen’s Twitter, Pass-Thru made an arthouse film tour for 6 months, where it played in a particular theater for one night, and only became available on DVD for purchase on November 28. Shipping takes 3-4 weeks, and since Neil Breen handles every single aspect of his film-making process, including catering, that means it’s going to take him a hot second to burn off a copy and mail it to me. I don’t have time for that, plus it’s $31, including shipping. Assuming Pass-Thru is as incredible as his first 3 films, which are absolutely essential viewing for lovers of questionable filmmaking, once I watch Pass-Thru you can go ahead a drop all 13 of these films down a notch on the list.