Home
Movies
STABFORD DEATHRAGE’S NETFLIX NASTIES: I Am The Pretty Thing That Lives In The House
Movies
·2 min read

STABFORD DEATHRAGE’S NETFLIX NASTIES: I Am The Pretty Thing That Lives In The House 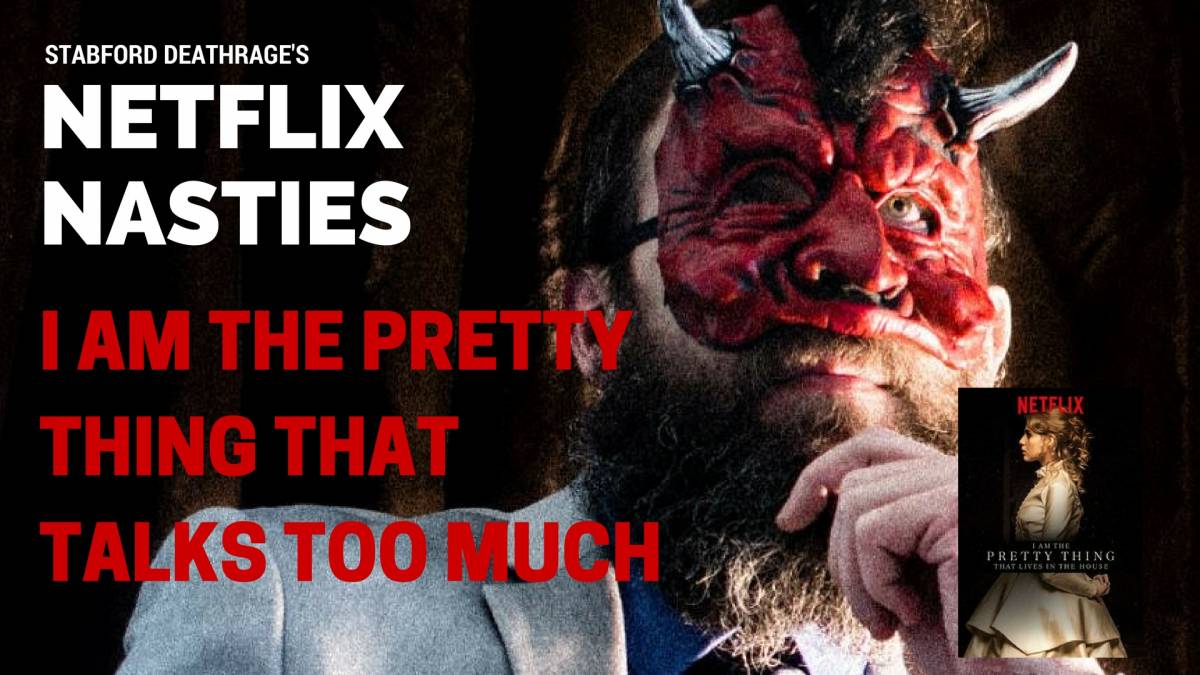 A woman cares for an invalid novelist in a house haunted by the vengeful spirit of Stanley Kubrick and little else amidst tasteful decorations and incessant voiceover narration in this slowly-paced horror film.

The film starts with 3 minutes of poetic word salad in voiceover narration. No, wait. It continues after the words, ‘A house that holds a seat for a memory of a death’ is said. Four minutes in, and the narration continues. At 5 and 1/2 minutes, I stopped paying attention. I think I should try to at least attempt to make sense of the portentous dialogue. It might be important.

Here’s the gist: A hospice nurse is hired to care for an elderly author in a house that is supposed to be creepy in a Restoration Hardware sort of way, as if the ghost of Martha Stewart is threatening to unexpectedly jump out and scare you with a freshly baked blackberry galette prepared with cruelty-free, farm-fresh eggs and hand-churned, artisan butter. Scary, and delicious! It’s a good thing.

In an unintentionally hilarious moment, the heart-stopping reveal of the elderly author takes place, as she turns her head slowly, opens her mouth…and…does nothing. This scene is extremely frightening to viewers who are scared of the elderly and absolutely no one else. 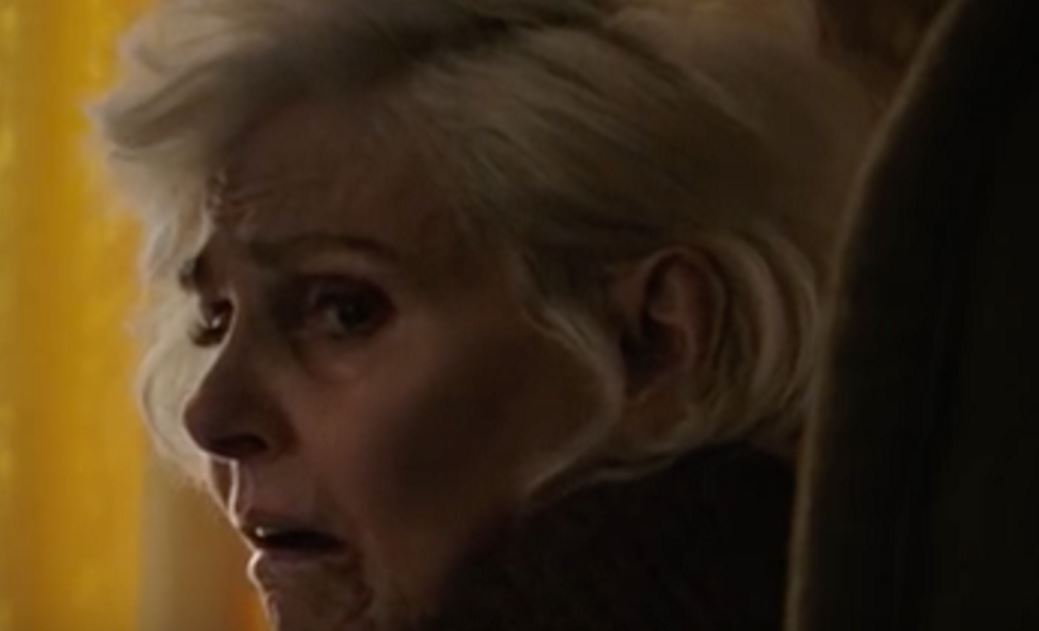 In a ham-fisted moment, the nurse wears a Grateful Dead tee shirt. She should probably have worn a tee shirt that said, “Foreshadowing World Tour 2016” instead. The nurse talks at length about how her employers rarely require her to wear white, but she wears white anyway, and she probably shouldn’t because of all the ham. You know, because she might stain her old-fashioned white nurse’s uniform with all the ham and because she’s going to become a ghost and live in the house forever. Oops, spoiler alert? Aw, relax. It’s alluded to in the gosh-darned title already. Go have a ham sandwich.

In an effort to drive home the fact the elderly author wrote pulp fiction with the subtlety of Ina Garten swinging an oversized submarine sandwich at a garden party, the narration continues in a purple prose way. Speaking of purple, the nurse washes blackberries and her arms swell up in huge purple boils, which I must admit, was surprising and kind of cool.

The camera movements, dollywork, music, and sound effects conjure an atmosphere of Stanley Kubrick and David Lynch without the tension, suspense, or dread. Uninteresting happenings of a paranormal bent occur at a leisurely pace amidst the sound of buzzing flies and cicadas. Disembodied voices whisper. Apparitions manifest. Black spots appear on things, some of which mar the wall which I assume was painted in the shade ‘Popcorn’ from the Martha Stewart Living paint collection. In flashback, a woman gets bludgeoned to death and buried within the walls of the house. There are no monoliths or ladies in radiators, although one vaporous specter has her feet on backward. I’m not sure why.

A psychological horror thriller lacking horror or thrills, I Am The Pretty Thing That Lives In The House overflows with voiceover narration, and I was going to make another blackberry or ham joke but you get the point. Well-shot, it’s lovely to look at, like a paranormal Pottery Barn catalog. If you insist on watching, turn the sound off.