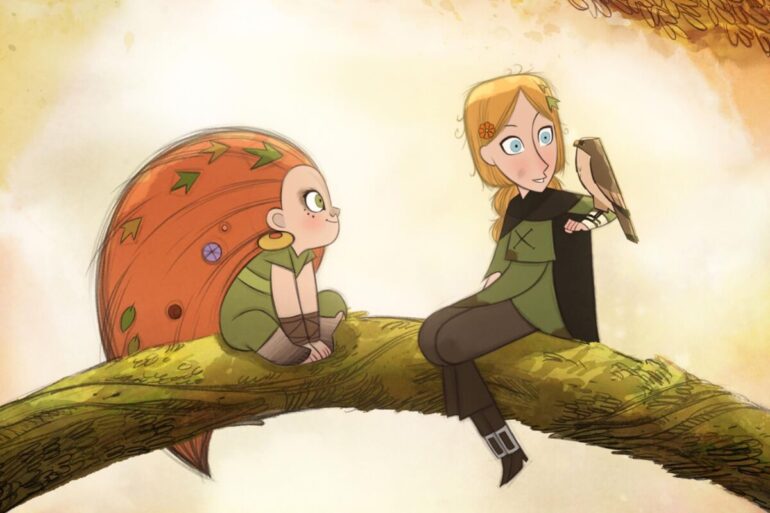 An affecting allegory of the English occupation of Ireland, Wolfwalkers is a magical, transportive experience that basks in Gaelic myths, providing further evidence of the Cartoon Saloon’s growing stature in the animation world.

Wolfwalkers is set in Kilkenny in the mid-17th century with English flags dotted throughout the hustling and bustling town. English girl Robyn Goodfellowe (Honor Kneafsey) has dreams of being the best wolf-hunter in the world, but is told to remain at home and clean by her father Bill (Sean Bean). He is tasked with driving the wolves in the forest near Kilkenny out of Ireland upon the orders of none other than Oliver Cromwell (Simon McBurney) himself.

When Robyn ventures into the woods, she meets the strange Mebh Óg MacTíre (Eva Whittaker), a native Irish girl who can tame the wolves as well as turn into a wolf herself. Together they realise that there is a way for both man and beast to live in harmony: they only have to wake Mebh’s mammy up while contending with the devastating forces of the British army.

Evoking the environmentalist concerns of Princess Mononoke while charting its own unique animation path, a sense of love and care emanates from every one of Wolfwalker’s hand-drawn frames. Using a mixture of wood block print styles and watercolour pencil work, the film eschews photo-realism in favour of a looser yet more expressive style. Expanding upon the palette of Song of the Sea, Wolfwalkers proves that hand-drawn animation still has a place within an increasingly digitised world.

Like Miyazaki’s classic film, Wolfwalkers works on a visual level for children while keeping adults hooked through its critique of British colonialism. The Wolfwalkers — with their connection to Pagan, pre-Christian traditions, as well as flowing red hair — are the traditional Celts, their native culture severely misunderstood by the invading British. The genocidal Cromwell is a brilliant choice for a cartoon villain: his intense disdain for the Irish people, with their legends and creativity, is crystal clear, with no attempt to humanise his actions. Without ruining too much, the way he is dealt with here is an intensely satisfying re-imagining of one of Britain’s greatest tyrants.

Integrating these darker elements and making them work in a family film can be a difficult task, yet directors Tomm Moore and Ross Stewart have found a way to make their story ring with humour, heroism and beauty. While falling into a couple of the traps that plague modern animation — such as a couple of on-the-nose musical choices — the overall effect of Wolfwalkers is one of sheer joy.

It brings me back to a particularly Irish sense of childhood wonder spent reading the legends of Finn McCool and Cú Chulainn, two mythic, larger-than-life figures that invoke both adventure and resistance. This is an animation studio tackling stories that might otherwise be totally ignored in a world full of reboots and CGI spectacle, using their modest budgets to bring Irish legends to life. Here’s hoping this film’s upcoming Apple TV release will catapult their stories to as wide an audience as possible. 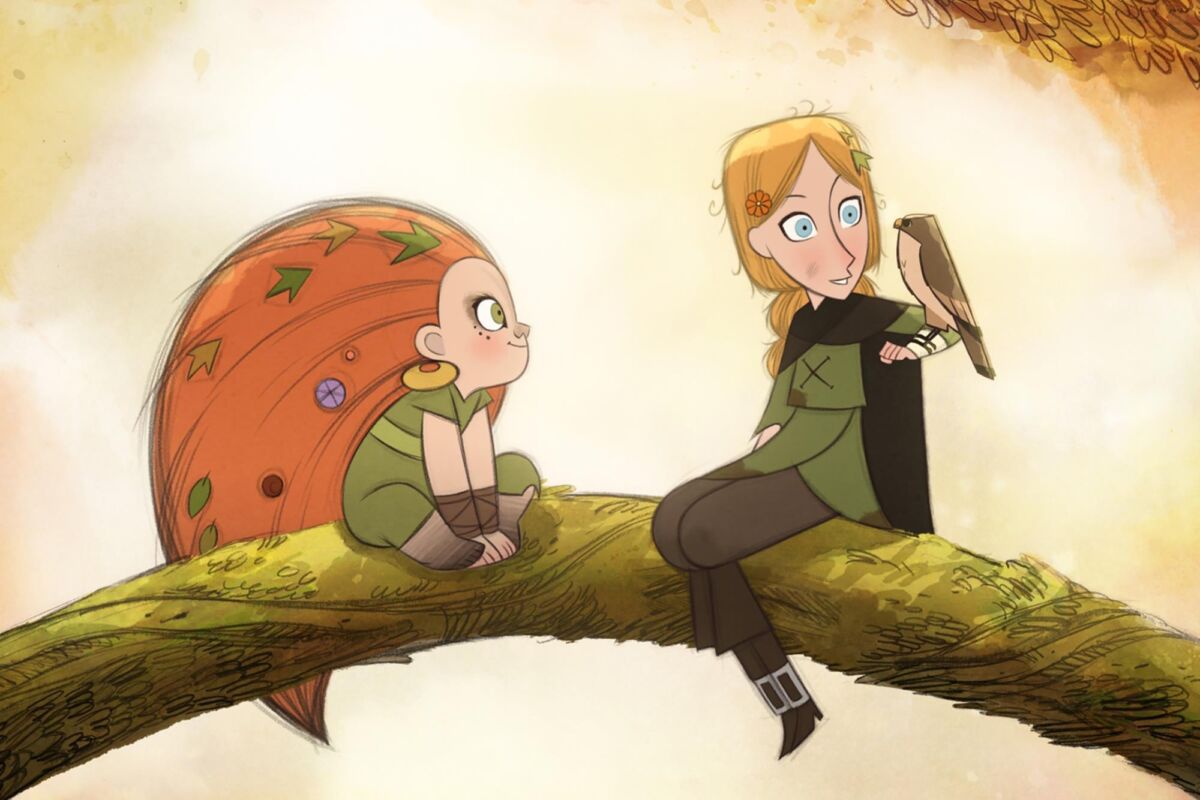 Verdict
Wolfwalkers is a must-watch for fans of hand-drawn animation and a beautiful labour of love from start to finish.
8
Cultured Vultures is a pop culture website established in 2013 covering all things gaming, movies, and more. We eat your words.
All The News On The Biggest Games