A movie that is pure, fun escapism. Don't expect much else. 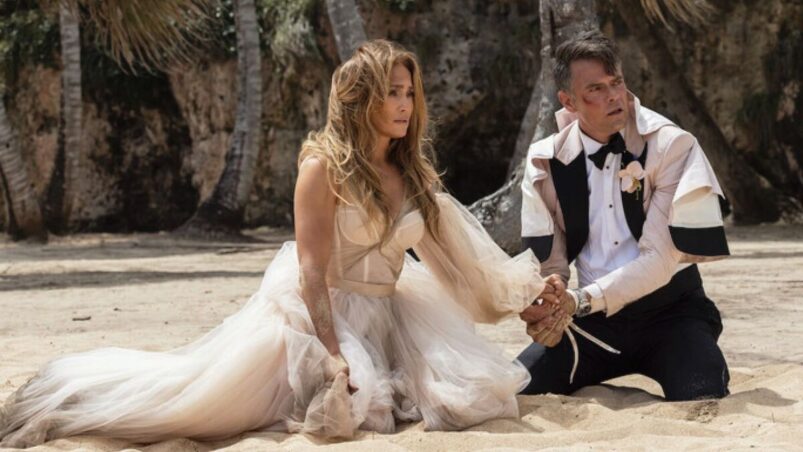 Shotgun Wedding is actually a lot like last year’s rom-com adventure movie The Lost City. Both movies have charismatic stars in the romantic leading roles, they’re filled with comedic situations, and there’s quite a bit of action going on, but The Lost City wins out a tad bit due to one key factor. Still, Shotgun Wedding offers quite a fun time, due in large part to the chemistry between Jennifer Lopez and Josh Duhamel.

The movie begins with Darcy (Lopez) and Tom’s (Duhamel) wedding party, all the way across the world on an island in the Philippines. Tom chose the location to save money, since he insisted they pay for the wedding themselves, and to save more costs he’s working on all the decorations and gift baskets on his own. While Tom’s so fixated on making the wedding the best it can be, Darcy feels like they are getting lost in all the frills of the ceremony. She never wanted a big wedding, and would have preferred to elope with Tom if she had a choice. Darcy also doesn’t feel like a blushing bride, given that she’s at an age where walking down the aisle in a big, puffy wedding dress just isn’t her style.

This conflict is realistic and we can understand how it would drive a wedge between the lovely couple. To make matters worse, Darcy’s ex-boyfriend Sean (Lenny Kravitz) shows up at their rehearsal dinner, and upstages Tom at his own wedding, much to his frustration. Kravitz was decent in The Hunger Games movies, but there’s something lacking in his performance here, and it feels like he didn’t really connect with the material. This becomes quite detrimental later on in the film.

The couple bicker on their wedding day, and become so exasperated with each other that they decide to call off the wedding. While this is happening, there’s another situation brewing, as all their wedding guests get held hostage by pirates.

This is where we get to the main difference between The Lost City and Shotgun Wedding: the lack of a charismatic villain. The pirates are all faceless, and though they have guns, there isn’t a strong sense of intimidation. They don’t really engage much with the guests, merely awaiting the return of Darcy so that her father Robert is forced to transfer the money to them. Because of this, the hostage scenes in the pool aren’t the most interesting, though Jennifer Coolidge’s presence as Carol, Tom’s mom, helps to enliven proceedings a bit, as we wait for Darcy and Tom to rejoin the fray.

Shotgun Wedding works because of Lopez and Duhamel, who have fantastic comedic and romantic chemistry. It’s no surprise given how well-versed each of them is with the rom-com space, having starred in a healthy dose of such movies in their careers.

It’s hilarious stuff watching Tom and Darcy work together to evade their captors, and through all this shenanigans, we understand why they make a good couple. There are actually some sweet, tender moments between the pair despite the situation they’re in, and I found myself fairly invested in their relationship by the movie’s end. It explores contemporary fears about marriage – Darcy’s trepidation given her parents’ failed marriage, and Tom’s worries that he wouldn’t be able to live up to the kind of marriage his parents have.

Marriage doesn’t bring any form of certainty and permanence, but it is a commitment to love each other for as long as possible. Planning their wedding caused Tom and Darcy to lose sight of each other, before a life-threatening situation allowed them to see what they mean to each other. Who knew taking down pirates could be the stuff of romantic dreams?

READ NEXT: 30 Best Japanese Movies of All Time 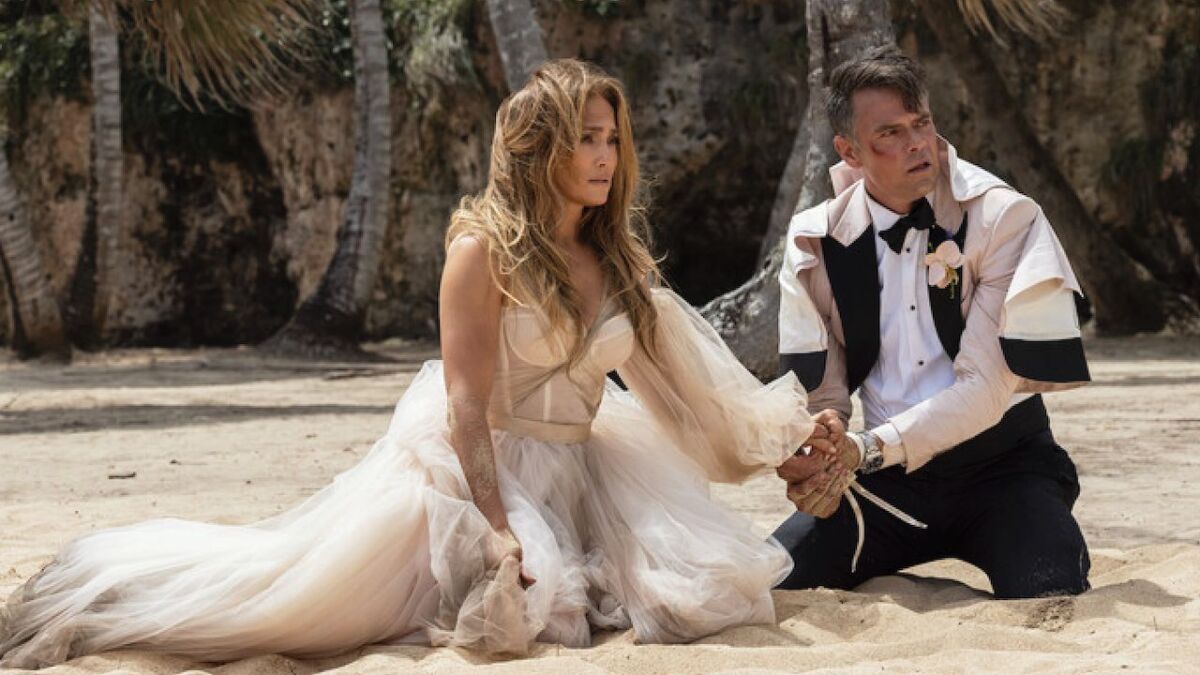 Verdict
Jennifer Lopez and Josh Duhamel's fun chemistry is the main reason why Shotgun Wedding ends up being fairly entertaining.
6.5
Cultured Vultures is a pop culture website established in 2013 covering all things gaming, movies, and more. We eat your words.
All The News On The Biggest Games