The makers of Dark fail to make lightning strike twice. 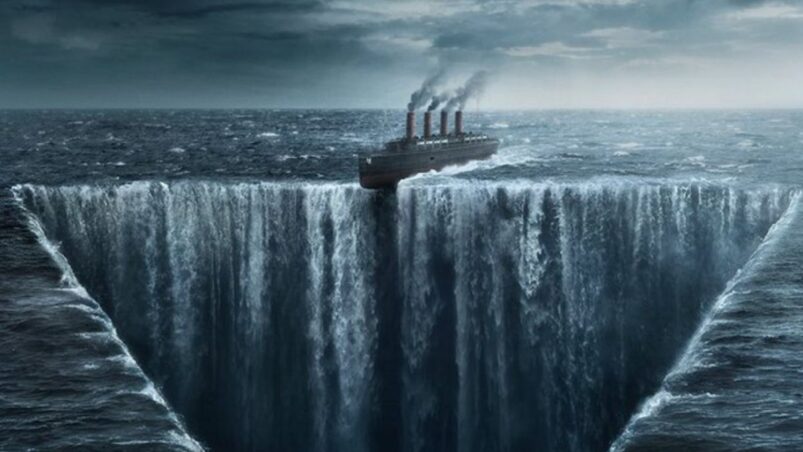 Netflix’s newest mystery thriller, 1899, is one which, though giving only a few details about its premise prior to release, has been one of the more intriguing and hotly anticipated shows airing this year.

The show is the latest project by Jantje Friese and Baran bo Odar, the partnership who, respectively, wrote and directed Dark, the captivating German science-fiction series which wrapped up back in 2020. With its brilliantly plotted storylines and masterful execution, Dark proved one of the more unique and memorable takes on time travel fiction out there, and for my money was amongst the very best, most ingenious TV shows to air in recent years, leaving fans eager to see what would be next from this creative team.

The result, 1899, is another dense, atmospheric sci-fi mystery, which again boasts a large, varied cast, with a twisting narrative that ends up in an almost entirely different place from where it started off. Unlike with their previous effort however, this feels like it does perhaps suffer from trying to wedge in all too many different sci-fi concepts at once, as well as featuring various plot twists that don’t ever gel together quite as well as they should. This results in something that feels both overstuffed and lacking in depth.

The opening few episodes make for a genuinely intriguing start to 1899, as we are introduced to the passengers and crew of the Kerberos, a vast steamship slowly chugging its way across the Atlantic towards America, at the turn of the last century. It makes for a deeply foreboding, claustrophobic setting, with plenty of wide aerial shots of the ship alone against a vast ocean, cut off entirely from the rest of the world.

As with the Titanic and most such vessels at the time, the ship is one with sharply defined class divisions, from the luxurious upper decks for the wealthier passengers, to the lower decks in which the rest of of those aboard have been crammed into, and the fiery, coal-filled engine rooms where the workers are constantly having to keep the vast furnaces going.

The ship is carrying a vast array of people from across Europe, all eager to begin again in the new world, but is diverted off course by a distress call that appears to be from the Prometheus, a similar ship belonging to the same ocean liner company, which mysteriously disappeared without trace four months prior. Upon coming across the Prometheus, the captain and crew discover the ominous sight of a ship that, like the Mary Celeste, appears completely deserted, with more than a thousand people having apparently disappeared without trace. Soon enough, their own ship finds itself trapped, surrounded by fog, and, as people start dying, those aboard are faced with the looming prospect of their meeting the same fate.

These first few episodes are all really well done, focusing on a different character in each while the central mystery develops further, and the tensions between passengers and crew, and between classes, builds. The direction and filmmaking is, as with Dark, impeccable, with some gorgeous shots throughout, and a great sense of atmosphere, as the feeling on the ship increasingly becomes one of claustrophobia and a sense of being trapped. Ben Frost, the composer for Dark, also returns, the show featuring a stellar soundtrack that mixes his ominous, dour compositions with a selection of tracks that includes the likes of Jefferson Airplane, Echo & The Bunnymen, and David Bowie.

With a set of characters from across Europe, 1899 boasts a rich, diverse cast, with actors hailing from Britain, Germany, France, Spain and Denmark. One of the most interesting aspects to the show, being produced by a German team but made for Netflix with an international target audience, is that it is entirely multilingual throughout, to an extent that’s rarely seen even in other streaming shows – though in truth this aspect to it adds surprisingly little to the overall narrative.

Some of the connections that are forged between different characters in spite of a language barrier work well enough, but with others it essentially just turns into lots of monologuing, while most of the important stuff is got across without all that much being lost in translation, with the major characters generally just defaulting either to English or German.

Andreas Pietschmann is the returning star from Dark, appearing as the haunted, melancholic captain driven to discover what’s been happening, while Emily Beechman is Maura Franklin, the central character who is determined not only to find her brother, who was supposedly on board the Prometheus, but who is also struggling with confused, uncertain memories, and gnawing doubts over her own sense of sanity. Perhaps the standout though is Daniel, played by Aneurin Barnard, an apparent survivor from the Prometheus who, while kept mysterious for the most part, brings a real energy and magnetism throughout.

For all that, 1899 feels increasingly lacking in focus as the plot moves forwards. As with Dark, the narrative takes all kinds of twists and turns, as, with each episode, some new, seemingly inexplicable sci-fi concepts are thrown at viewers, from insects that can seem to open doors, to portals leading into whole other realms, connecting to characters’ memories.

However, very little of it works as well as it did in Dark, with each twist feeling more like just another fresh mystery being chucked at the viewer for the sake of it, rather than something naturally leading on from what’s already been built up. Meanwhile, what resolutions are given are often delivered in a manner that feels rushed, or even entirely out of left field.

If anything, it feels as if 1899 has suffered from writer Jantje Friese trying too hard to replicate the beats from their previous show, or to outdo themselves, instead of building something which could have been far more distinct. The focus throughout feels very much on plot rather than characters, many of whom seem largely reactive, just standing around repeating endlessly that “this doesn’t make sense…” and “this is impossible.” Even the uses of music, with each episode ending on a montage set to various closing tracks, feels like it’s just hitting upon the same old beats, unlike in Dark where music was used far more organically, in order to establish a particular tone or historical setting.

With Dark, every twist that came along was central to the characters and their development, the biggest appeal of the show being in working out how the various instances of time travel impacted how different characters related to each other, and the implications for their futures. Here, the shift that takes place, from thriller-mystery to a much stronger emphasis on science fiction halfway through, feels more jarring than anything else, and undercuts much of what we’d already been following.

Ultimately, how any viewer feels about 1899 as it progresses will depend on the central plot twist that becomes gradually more obvious for some time before it’s finally spelt out.

The core premise, that this is all just a simulation, is a decent enough idea in and of itself, but as it plays out here it just ends up making much of the setting and the secondary characters that have appeared throughout feel ultimately irrelevant to what’s actually going on.

The last couple of episodes, as the survivors try to keep the ship afloat while evading the dark, crystalline…stuff that’s covering the ship, end up quickly descending into a pointless runaround, given we already know by this point that there isn’t really a ship, and consequently, the stakes greatly diminished. We end up with a final episode that almost entirely consists of Anton Lesser (woefully underused here, as he tends to just stand around musing philosophically) and Aneurin Barnard’s characters info-dumping their way towards a plot resolution, while giving viewers precious little reason to care.

The central conceit, that the world these characters are presented with isn’t real, is not a bad one, and indeed can be done brilliantly – it’s essentially the same story that worked so well recently in the earlier seasons of HBO’s Westworld, and much else besides. These are ideas worth exploring, but where 1899 falls down is that it feels as if it doesn’t really focus enough on any one of them. At the same time, there’s not enough done early on to set up this twist, to make it feel earnt or natural. Instead, it feels more just like a gotcha moment, one which still leaves much unexplained, and even less feeling at all relevant.

Even within the framework of a plotline based around a simulation, it should still feel as if the initial mystery has some relevance to what’s really going on, regardless of if it’s only subtextual. It also shouldn’t undermine the characters as much as it does. If what we see of the background for this cast of characters is indeed fictional, false memories that have been implanted Blade Runner style, then it can’t help but seem like filler, and – in the case of one characters particularly traumatic backstory, involving a violent sexual assault – needlessly gratuitous. It all feels like a show which, right up until its closing moments, where it swaps a steamship for a spaceship, simply isn’t happy being just one thing.

Both of Friese’s projects have been dense, plot-driven narratives, with much that initially left viewers struggling to tie everything together. But whereas in Dark this made every detail feel important, here it has the opposite effect, as ultimately it feels like very little matters. 1899 closes on a very open-ended note, one which raises any number of questions as to what a potential second season might look like. If nothing else, this is a show which could still go anywhere – whether that’s entirely a good thing is perhaps another question. 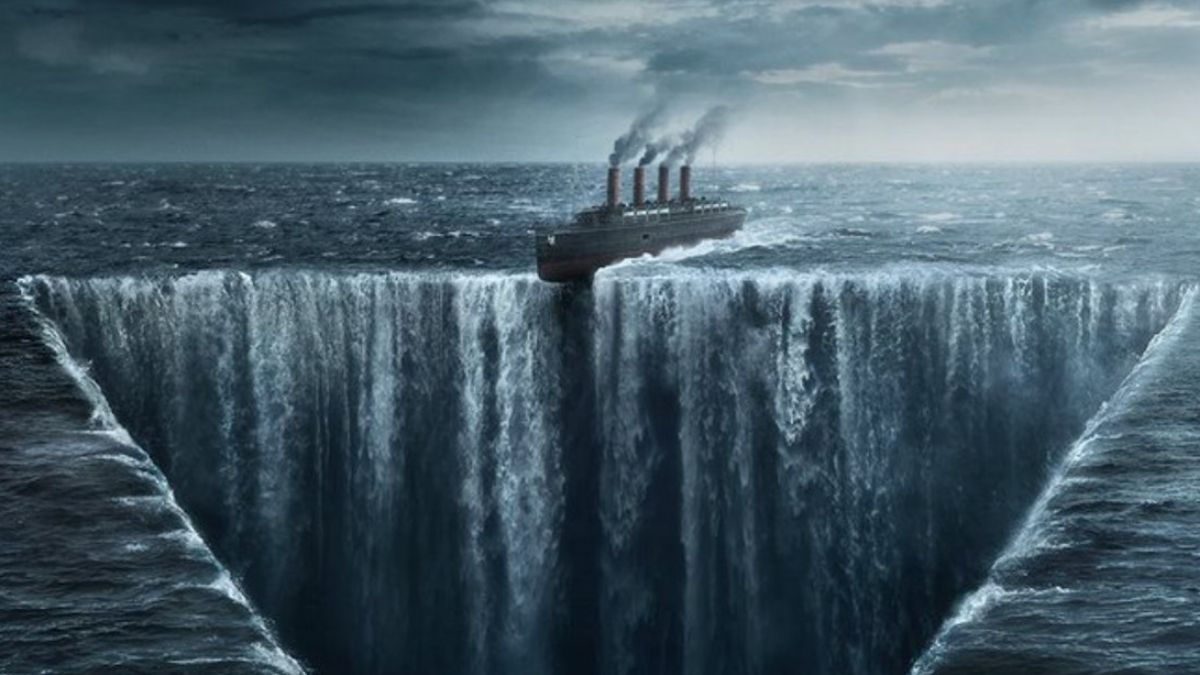 Verdict
An undeniably tense and well-made mystery, 1899 gets off to a really promising start, but largely fails where its predecessor succeeded in maintaining much of a sense of cohesion or payoff.
5
Cultured Vultures is a pop culture website established in 2013 covering all things gaming, movies, and more. We eat your words.
All The News On The Biggest Games