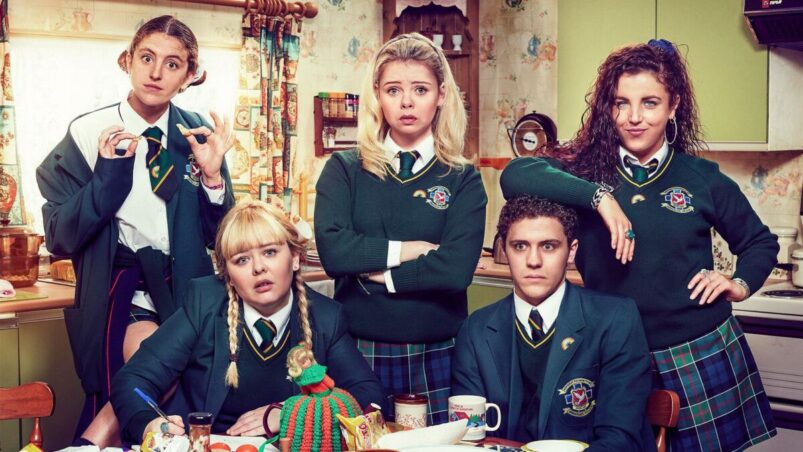 This final season of Derry Girls is the third of a show that got incredibly popular after the second, and it bears all the ragged hallmarks of that. This isn’t just a matter of suddenly pulling in A-list guest stars, although they are there (and Liam Neeson at least fits his shoes here). Rather, it has become broader, and, by extension, flatter.

In most cases this is a simple matter of them carrying on the old shtick more or less as before. The Girls themselves have their clear archetypes, as do their immediate family. Uncle Colm is, definitively, the boring rambling guy, to the point where they’re now all aware enough of this to deploy him as a weapon. Likewise, the special – which I am counting as part of this season, if they don’t like it they shouldn’t have put it out the day after the last episode – is clearly taking its cues from the back end of the second season, using an important day of the peace process to have the background history suddenly come forward into the characters’ lives in a very big way.

There’s a distinctly different timbre to this season, too. This could charitably be called having more room to breathe, I’m calling it a lack of the same tautness as previous years. It’s all ever-so-slightly more laboured and more plodding, as if it’s wary of leaving audiences behind. We’re no longer in the days of live telly, guys, they can just rewind.

In a clear case of the show’s fame causing it to buckle under its own weight, it is very obvious that Nicola Coughlan had a schedule clash between this and her role in Bridgerton. Her character Clare, normally a manic payoff to any catalyst available, spends an embarrassing amount of season three in conspicuously separate shots to the others, presumably filmed weeks apart and quite possibly in different countries.

Sister Michael, the Girls’ acerbic headmistress, has also sadly become a victim of her own success. Being a reasonable if disdainful authority figure, the thing that made her great, has given way to conspicuous and unconvincing ‘coolness’ as, it seems, the writers also fall under the spell and start liking her a bit too much. It’s nice they managed to get her an actual DeLorean, there aren’t many of those left, but it’s a pale imitation of an actual joke.

Half the problem is shoehorning her into being a plot device in ways she really shouldn’t. The Sister Michael of seasons past would never have trusted the Girls with a moving vehicle, let alone with her private property. And the faintly anachronistic approach that leads to use of stock footage of David Cameron apologising for Bloody Sunday also sees Sister Michael basically giving voice to the 2010s catchphrase “I met God and she’s black”, a sentiment any hardassed Roman Catholic would balk at even today.

Thankfully, the equally cantankerous Grandpa Joe has lost none of the old fire – and, in contrast to the rest of the cast, arguably finds more depth here than before. Would his moments of charming twinkliness hit half so well if he didn’t spend most of his time onscreen being a prick to Tommy Tiernan? Either way, I would dearly love a spinoff of the life and times of Grandpa Joe. There’s a couple of moments of real sentiment in this season which are basically all down to Ian McElhinney doing the heavy lifting.

Sentiment, though, is something Derry Girls ends up wielding very clumsily elsewhere. This is at least not too frequent, but when an episode’s last minutes are completely derailed by an attempt to tug on the heartstrings that comes out of nowhere – well, you’d have to be very invested indeed to not write it off as a cheap attempt to manipulate the audience’s emotions. This too, incidentally, goes to service Nicola Coughlan, star of Netflix’s Bridgerton™.

Really, it’s still at its best with the lower-key interpersonal stuff, the family mix-ups, and when it does get all its cogs turning together it’s still very fine indeed. This is probably why I’m being slightly venomous about one of the main cogs pissing off to warmer climes in favour of the show that made her an international star.

Plenty of Northern Irish works from or set in this period make much of the same close-knit milieu as Derry Girls. It borders on paranoia in a way that has nothing to do with lurking paramilitaries, and everything to do with an environ where everyone knows everyone, where you cannot turn around without ma, or da, or the neighbours, sticking their nose in. Claire’s own nose now being abruptly pointed elsewhere simply feels artificial – and, of course, it is.

It was easy to fear that bringing the second season to a climax on the uplifting note of the ceasefire would rob any future runs of Derry Girls of their edge. Without the undertone of a smouldering terrorist campaign, it’s just a show about teenage girls. And knowing that this season involves an episode flashing back to 1977 and the height of The Troubles, you could be forgiven for thinking that they’re actively trying to change their mind as they go.

But despite the name, a ceasefire is the start of something, not the end. It is rare that any cessation of hostilities means everything immediately becoming okay. So while the show is no longer taking place in a hotspot within six counties of active war zone, there is still a dark kinky streak of Gerry Adams just underneath the skin. And this basis in (some shamefully little-known) historical events offers it a fundamental robustness which, as I’ve written before, shows which seek to deny having any time and place can’t help but lack.

READ NEXT: 15 Underrated Netflix Shows You Should Watch 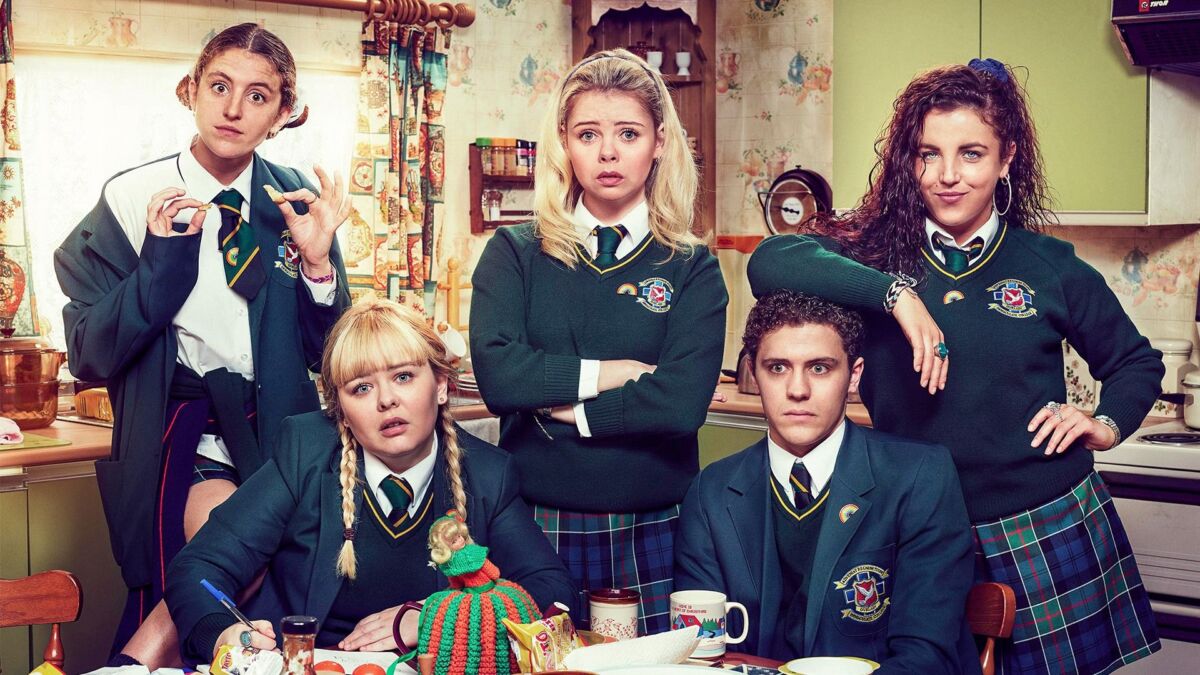 Verdict
The slightly cleaned-up, sanitised, global-audience friendly posture of the last run of Derry Girls is to its detriment – but doesn’t come close to ruining it. It’s still a show that, for once, deserves the frenetic worldwide acclaim.
7.5
Cultured Vultures is a pop culture website established in 2013 covering all things gaming, movies, and more. We eat your words.
All The News On The Biggest Games