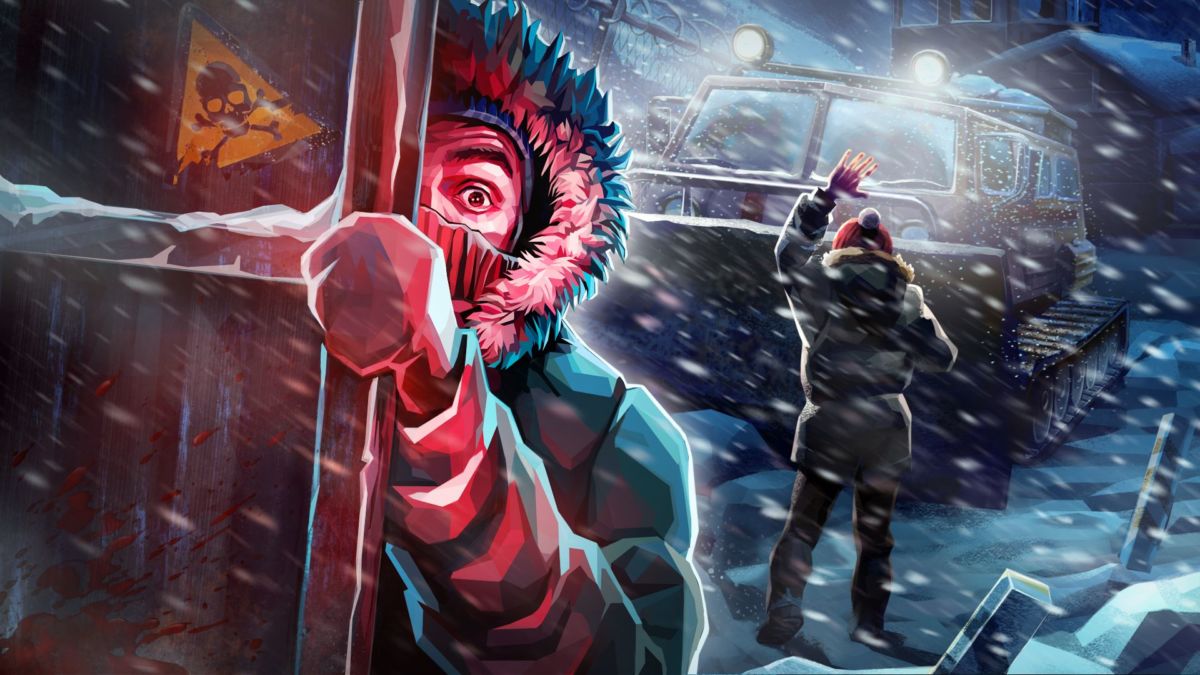 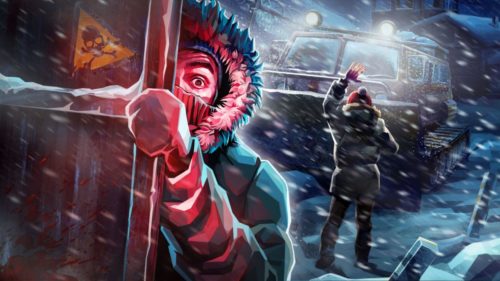 Upon starting Distrust, you’ll immediately notice some similarities to a certain sci-fi classic: an arctic base, synth-fuelled soundtrack, mysterious alien creatures lurking in the darkness. If it didn’t label itself as such, you could have sworn that developers Badland Games were big fans of Carpenter’s 1982 film The Thing. Upon closer inspection, though, these similarities drift away to reveal an enjoyable, yet repetitive, survival game.

After choosing two explorers out of a possible 15 unlockable characters, you’re dropped into a randomly generated zone with a downed helicopter, and must go about progressing through six zones while avoiding starvation, freezing, and exhaustion. This is often accomplished by entering one of several buildings dotted around the sizeable map, and ensuring the furnaces and generators are working to keep things warm. You’ll then send your explorers searching through cupboards and piles of garbage to find items, and ultimately unlock the exit to progress to the next zone. 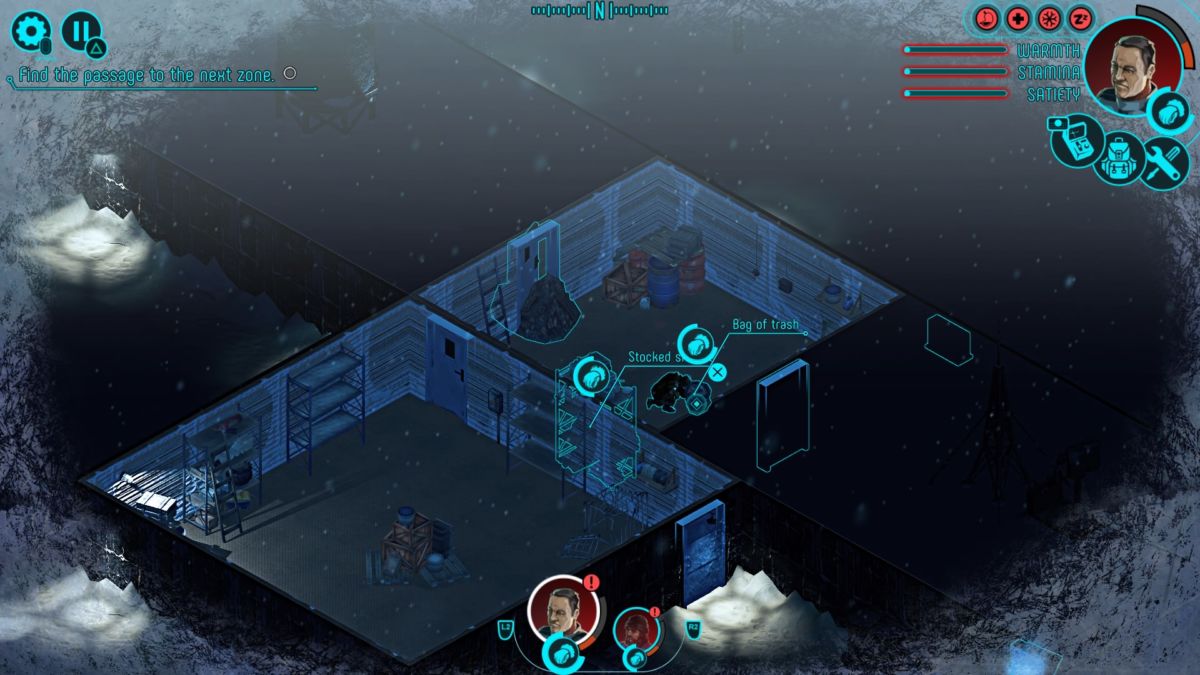 This all sounds fine on paper, but the execution might take some getting used to. See, Distrust may sound like a Don’t Starve style game, and even the isometric visuals replicate that survival gem, but the control scheme and general mechanics are wildly different from what you’ll likely expect. Instead of an action-focused, hands-on extravaganza, Distrust plays out more like a slow-paced RTS, in which you can pause the game, make choices and moves, and then unpause to see these carried out by your shivering survivors. This is essential in the game’s harder difficulty, which sees the elements hit you particularly hard. If you’re not careful, your explorers will lapse into a coma quicker than you can say “dog tentacle monster.” Which you won’t, because, as mentioned, The Thing is merely used as a marketing ploy. Once all explorers are in a coma, it’s game over, and you’ll have to begin anew.

It’s not only the mechanics of Distrust that could be jarring, however. The control scheme itself is initially troublesome, and clearly designed with PC players in mind – not those playing this console port. Moving the right stick moves the camera, while the left controls a cursor that is used for almost everything in the game. Pressing square makes your explorer move to a spot, while X allows you to interact with the environment. This is fine, but the camera itself is unwieldy when you realise it doesn’t follow your explorers unless you hold down the R3 button. Doing so inhibits your other actions, naturally, so you’ll fight with it for your first few attempts, only to watch as explorer health bars dwindle down to nothing. Then it’s back to square one, because as we know, every third indie game nowadays has to be a roguelite, for no discernible reason other than it’s in vogue. 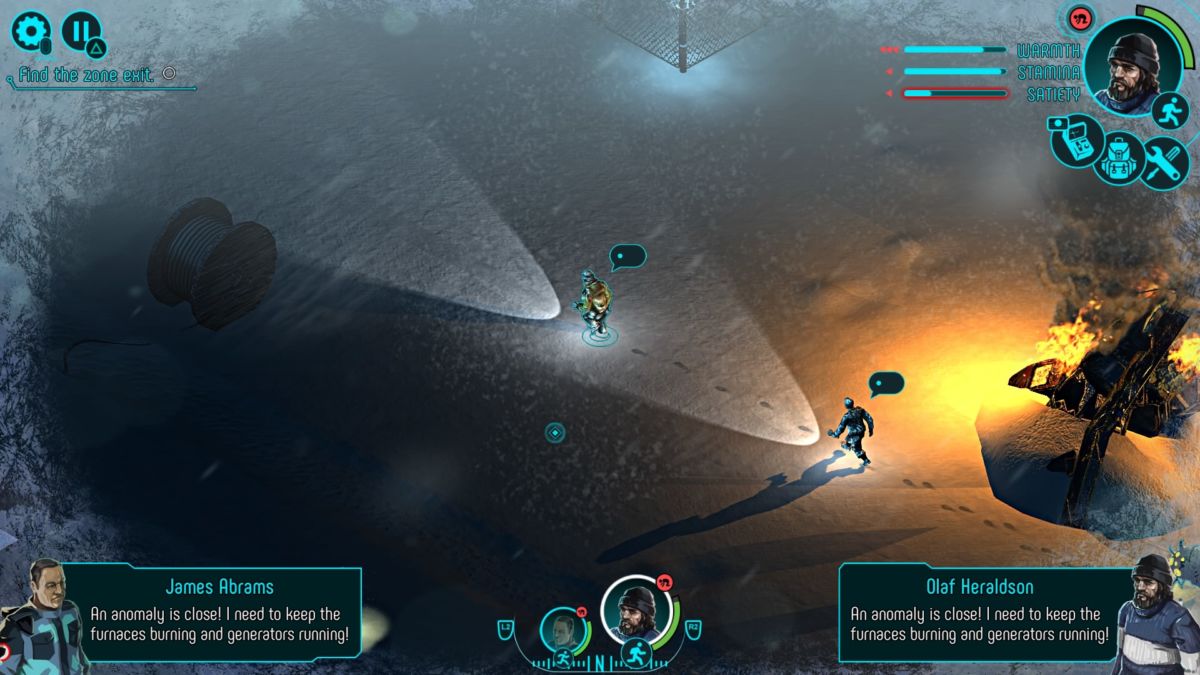 If you make it past these initial niggles, however, then there’s definitely enjoyment to be had. The atmospheric soundtrack lends itself perfectly to the game’s dark and foreboding visuals, and all of this works excellently when you’re panicked and rushing to get some sleep so that your exhausted explorer doesn’t pass out and die in the snow.

So how do you actually progress in Distrust? Well, while it’s largely the simple premise of ‘X opens this door, so find X’, the game does a good job of varying things up just enough to stay engaging for your first few attempts. You may have to activate four generators in quick succession to overload an electric lock, for example, or find the components to build a bomb to blast open the exit. These are quickly and noticeably recycled and reused upon subsequent playthroughs, but the initial experience is a fun one. You’ll acquire plenty of items along the way which could either aid or hinder, such as rotting meat, guns, medicine, warm jackets, adrenaline (to bring explorers out of a coma), and it’s down to you to decide when and how to use these in a way that maximises survival. 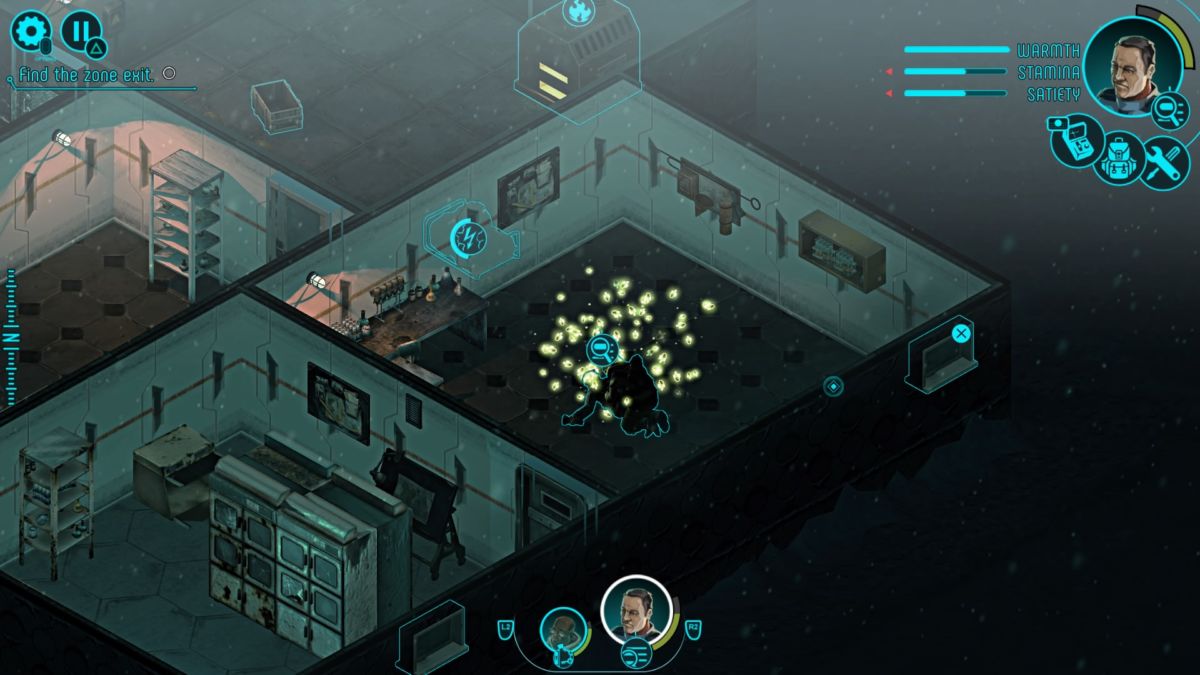 There are times when the use of these items is obvious, such as the aforementioned adrenaline bringing back comatose explorers, but others are down to luck and experimentation. Do you want to risk eating this sketchy food in a bid to satiate your hunger? Do you want to use a bullet to open a locked door or save it for an attacking anomaly? This is where the roguelite elements work best, and it gives you a sense of ownership over the lives of your characters.

The anomalies, as they are called in-game, are primarily all floating fish-looking monsters that each react to the surroundings in varying ways. Some aren’t keen on light while others hate heat, but they’re all generally spawned by sending your characters to sleep for lengthy periods. This creates a risk/reward system that will regain your stamina, but could mean you’re attacked when you wake. The creatures don’t often do much to harm you directly, but instead destroy furnaces and generators which, in turn, severely impede your chances of survival. Coupled with the already harsh elements that are constantly present, though, anomalies can becomes more of an irritant than intimidating threat.

And it’s this lingering sense of annoyance that ultimately brings Distrust down a few pegs below a worthwhile purchase. Bugs aside, like how my game’s controls froze twice and I had to restart, the loop of finding tools to accomplish similar tasks to progress the zones becomes sluggish and repetitive after the initial allure wears off. Particularly on the game’s harder mode, when your explorers die easier and you’re left with one struggling man trudging through snow while anomalies chip away health and he descends into madness through lack of sleep — the game’s pacing and structure seems to actively fight against a sense of fun and adventure. It ends up feeling like an inevitable chore. I undoubtedly had fun with the game’s early hours and repairing a stove to cook food to then stave off hunger is satisfying, but when things begin going wrong, the time-based systems and punishing difficulty feel hard to justify.

Verdict
Distrust has some gems that could make an exceptional survival game, but its slow pace and overly-punishing systems make it hard to recommend to anybody looking for some Carpenter-inspired fun.
6