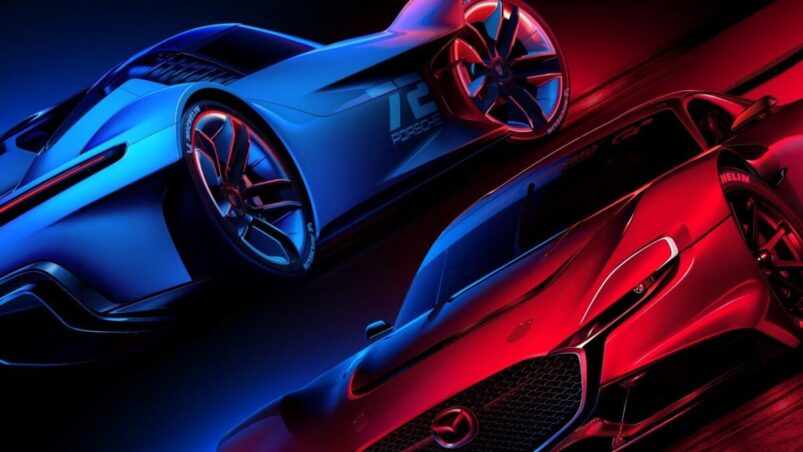 Gran Turismo is an institution at this point. If you’re a lover of all things petrol and engines, the Gran Turismo series is the one for you. Sure, there’s plenty of other simulation racing games out there, but few are as accessible yet so deep and intricate as the GT franchise. You don’t get to seven games in the series without stumbling into some kind of winning formula, and Gran Turismo 7 mostly continues this trend, though sometimes it feels like it gets in its own way.

On the track, GT 7 is a superlative racing game. It’s a simulation, so you’re not going to be powersliding around corners and ramming opponents off the track like Burnout, but as far as racing is concerned, GT 7 is pure automotive bliss. Throwing cars around Gran Turismo 7’s tracks is one of the most satisfying racing game experiences you could ask for, and the heavy simulation makes each successful turn and pass feel like a fist pump-worthy achievement.

Gran Turismo’s physics and handling demand excellence from the player, but there’s mountains of driving assists and racing line overlays that ensure you’re given all the tools you need to succeed. While other racing games incentivise using less assists for more credits, Gran Turismo 7 doesn’t offer rewards of that kind, which could be seen as discouraging learning, but there’s something to be said about not punishing players for choosing (or even requiring) more assists to play. It doesn’t matter what skill level you are, all are encouraged to get on the track and drive.

It also helps that Gran Turismo 7 is the most stunning game on PS5. Next-gen consoles have been out for nearly 18 months at this point, yet Gran Turismo 7 is simply beautiful to look at. Racing games are usually the measuring stick for graphics in video games, but seeing the sun set on real tracks like Nürburgring or fictional tracks like Dragon Trail never gets old. Photo modes were made for games like this, so long as you avoid giving the PS3 looking spectators a dedicated close-up.

Being able to see the sunset mid-race helps amplify the racing experience too, particularly on longer races. Transitioning from day to night in the midst of a race helps make the game feel more real, even if Gran Turismo 7 is on some kind of 5-10 day/night cycle. The weather also changes dynamically too, with instances like sunny races on Tsubaka Circuit sometimes morphing into downpours, adding new challenges to the mix.

Driving in the rain feels more significant in Gran Turismo 7 than it ever has in other racing games too. In other titles, all rain seems to do is make the car a little bit more slide-happy, and while that’s certainly true in GT 7 as well, the rain offers additional obstacles that make the experience more challenging. The track fills up with puddles that can threaten to send your car careening into a ditch, while your brakes basically become all but useless. It’s a lot to navigate, but it feels good when you finally nail it.

While Gran Turismo 7’s action on the track is nothing short of brilliant, it’s the action off the track where things start to get a bit more complicated. GT7 brings back the World Tour career mode from GT4, which sees players travelling around the world, amassing and upgrading cars to compete in a variety of championships. Along the way, you’ll complete missions and obtain licences, which unlocks new opportunities.

There’s a bit of nostalgia that comes with GT7’s World Tour mode, largely due to the fact that it’s pretty similar to GT4’s mode. Hearing the countdown tone when starting the licence tests will trigger a wave of memories for anyone who played the PS1/PS2 Gran Turismo games. Shame that failing the licence test in this game doesn’t trigger Oh Yeah by Yello to start playing, but that’s another story. Still, World Tour is more than just a collection of the greatest hits, as a larger level of car and driver customisation enhances the experience by encouraging more personalisation, and the blueprints can even be shared online for everyone to enjoy too.

However, the World Tour mode represents some of Gran Turismo 7’s biggest missteps. The general point of the mode, and really Gran Turismo as a whole, is to celebrate the history and culture of cars and motorsport, but unless you’re a real petrolhead, you’re probably not that bothered, or it’s going to appear so dry and unnecessary. You can tell that Polyphony are being 100% earnest about loving cars this much, but it’s a bit excessive. There’s a moment where someone who designed a Mazda once rocks up and the game treats it like Beatlemania, but the layman is going to be mashing the X button to plough through dialogue so they can get to the racing again.

Gran Turismo 7’s World Tour wants to treat the automotive culture like a community, with the player visiting a cafe throughout the mode to receive new quests, meeting other racers and learning about their personalities. Unfortunately, every single character you meet throughout the game is presented like a generic stock photo of a random person, with speech written in the most formal manner possible. It feels like a half measure, an attempt to make you care about the people you share a track with that doesn’t go far enough.

The design of World Tour mode and its focus feels like a small thing to be hung up on when the gameplay is so good, but it’s the little things that make all the difference in a simulation game like Gran Turismo 7. The Menu system, Gran Turismo 7’s quests essentially, guide you through the game’s various car manufacturers and types, but the Menus are handed out sequentially, so you can’t make choices on how you’d like to progress. Instead, you’re hand-held through so much of the game that it becomes a turn-off.

The rewards also feel like a joke. Aside from earning new cars, you’ll occasionally be given Roulette Tickets, which offer the chance to earn a randomised reward. They’re a loot box, basically, but you see which prizes out of five you could win when you redeem it, and they absolutely suck. 9 times out of 10, if there’s a money prize on the board, you’re getting that. You could win a car, but I’ve opened 20 or so and never have, so it’s likely that the probabilities will have to be adjusted in a future patch.

Players can purchase credits, Gran Turismo 7’s only in-game currency, which can also be earned from completing events. The packs are as follows:

Considering there are multiple cars that cost over 3 million credits, you would essentially be paying $35-$40 in order to purchase them. Sure, you can earn the credits in-game, and later on there are quite a few events with high pay-outs, but the exorbitant amounts of real world cash you could spend on this game to unlock everything is hard to ignore.

Still, those worries and issues seemingly fade away once you start racing. The actual meat of the game is absolutely stellar, and for any racing game fan, particularly those who love simulation-heavy games, Gran Turismo 7 is one of the best. It just feels like it could be even better with some minor tweaks, especially with regards to those Roulette Tickets.

On top of that, when playing licence tests and missions, I should be able to go straight to the next trial instead of exiting and re-entering. The Menu system could be adjusted to allow players to progress by choosing which discipline to focus on instead of going one-by-one, which would emphasise player choice in game about living the car aficionado’s lifestyle. Even the new Music Rally feature, which is a loving homage to old school, checkpoint based racing games, could have been better incorporated into the game instead of just being a back-up mode that you play if your PlayStation can’t connect to the internet. Just let me earn credits by listening to Idris Elba rap, damn it.

From green flag to chequered flag, the gameplay of Gran Turismo 7 is utterly unparalleled, and there’s enough options here to appeal to seasoned simulation vets and newcomers alike. It’s the bits between the actual on-track moments that tend to get in the way, but hopefully with some adjustments, Gran Turismo 7 will be an even better experience than it already is.

A copy of Gran Turismo 7 for PS5 was provided by PR for the purposes of this review. 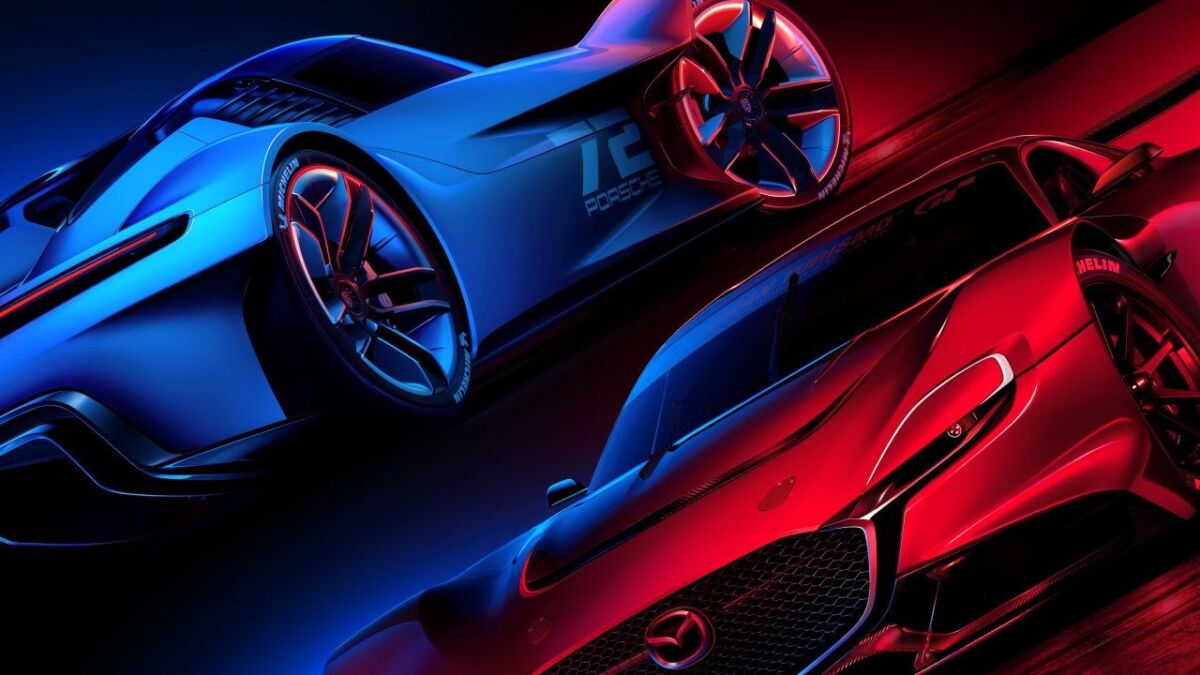 Verdict
While some off-track quirks diminish the experience somewhat, Gran Turismo 7’s excellent gameplay places it firmly ahead of most of the racing game genre.
8
Cultured Vultures is a pop culture website established in 2013 covering all things gaming, movies, and more. We eat your words.
All The News On The Biggest Games