One of Netflix's most remarkable gems comes to a close with its most mind-bending season yet. 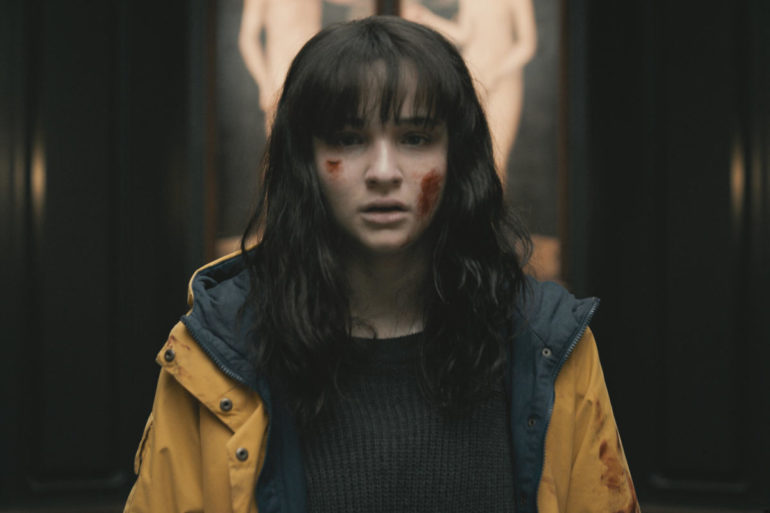 When the previous season of Dark came out, back in the summer of 2019, one of the most interesting things about the trailer was that it stated outright the season was part of a trilogy. As one of the densest, most intricately plotted shows out there, it was reassuring to know that it had a definite ending in mind.

Dark has been incredibly successful (albeit never achieving the same widespread recognition as Netflix’s English-language shows), and it would have been all too easy to drag it out, as happened with Lost – another high-end TV show that had constant new twists and turns, expanding more and more into different periods and timelines, but which ultimately ended disappointingly. With it being made clear that Dark would just be getting the third season and no more – and that this was always the plan – it seemed hopeful that everything would get wrapped up in a much more satisfying way.

The downside to this, unfortunately, is that we now have to say goodbye to one of the most brilliant, high-concept shows out there. It’s one which, for my money, is easily among the best things Netflix has ever produced, and which has never got nearly enough attention due to the language barrier. From it’s unique style, it’s exquisite music, a stellar cast and some increasingly ambitious writing, this is a show that’s unlike anything else out there. Fortunately, in almost all respects, the third season manages to wrap everything up pretty well.

That it manages this is no mean feat, especially considering that this season throws even more high-concept, timey-wimey concepts at the viewer than even the previous ones did. Since the start, Dark has been a show which has reveled in its huge cast and disparate arcs, as it’s followed the same characters over different points in time. But for all that, the first season’s plot never got too complicated, focusing on a select few who became unstuck in time.

This season ratchets things up even further, introducing not only the concept of parallel worlds, but also alternate timelines within these worlds. Suddenly, in a show where it was already hard enough to keep track of who was who, and where in the timeline they were, there’s at least several different versions of the same characters, each acting independently, with the viewer only gradually being told who fits where.

Suddenly, we’re cast back to the events of the very first episode, but now in a whole new context, with everything a little bit different. Events aren’t repeated in exactly the same way, there are people who never appeared originally and others, including the increasingly overwhelmed lead, Jonas, who simply don’t exist at all here. This is the main bent of episode one as we follow him, shell-shocked, discovering that no one here knows him – not even his own mother, Hannah.

From the start, this first episode reminds us of everything that makes Dark so distinct. There’s this increasingly complex plot, revolving around the concepts of Armageddon, fate, time travel and parallel worlds. There’s all the same call backs to other moments in the time loop – not just in the recreation of the same moments, but also in the repetition of dialogue and character beats. There’s the unbelievably talented cast, who manage to convincingly pull off these different takes on the same characters. There’s also all the same high production values – from the gorgeous wintry shots of the town of Winden bathed in mist, to the beautifully hypnotic, dreamlike soundtrack. At the same time, there’s so much new stuff chucked in the mix. The ‘Unknown/Origin’ character in particular is an incredibly creepy addition, as he dispatches his terrified victims with the assistance both of his elder and younger selves.

It was perhaps inevitable that Dark would get less attention than most of Netflix’s bigger shows. At this point, with two full seasons already been and gone, it’s become almost impossible to follow for anyone who’s not properly paying attention. Throughout, from one scene to another, we switch between entirely different worlds and time periods. Character motivations and plot points are constantly shifting, and, in a move that really helps to raise the stakes for a story where we’ve already seen characters end points – we get numerous regular characters being killed off, only to switch to alternate versions of them in the very next episode.

From discussions of black holes and quantum entanglement, to resolving one cliffhanger with a ’70s documentary-style explanation of Schrodinger’s Cat, Dark is a show which delights in throwing a million ideas at the viewer at once. You often have to pause at moments to keep up, or recall beats you’d entirely forgotten. It’s not something you can just switch your brain off for – but I love that there are still shows out there which aren’t afraid to not spoon-feed viewers, and trusts them to keep up. It’s got all the style of a Christopher Nolan film, but even more ambitious and fast-moving.

There are places in this season where it does seem like it might be juggling more than it can handle. There’s a feel, towards the latter half of it, that it’s rushing to fill in all the gaps. After two seasons of seeing the characters’ distant futures over huge gulfs of time, it can be pretty quick to skate over the details at points, to get to the end result without really exploring how they got there.

We know, for example, that the main character, Jonas, ends up becoming the big bad, Adam. But while it is explained how this happened, that’s it’s all part of his unceasing determination to end the time loop, it does perhaps lean too much towards just telling us this, instead of showing it.

In the space of a couple of episodes, he goes from the earnest but compassionate person we know, to someone who’s prepared to kill both his mother and his love, so as to ensure he gets to the point he’s predestined to be at. The details of his and ‘Eva’s’ ultimate plans are sometimes not as fleshed out as they could be, and the ultimate resolution to the plot is something that is only really hinted at in the second to last episode.

For the most part however, it does work – everything links up. Dark’s third season manages to deftly tie everything together in a cohesive way, with everything fitting neatly with what’s gone before. In this season we finally see the different characters sowing the seeds for what’s to come, setting up the chain of events that will lead into everything that’s already happened. All the questions are finally answered, in regards to how each character got where. You can tell that much of this was likely planned in advance. Every step works logically, almost every episode packs in new twists and revelations. As, in the last two, we see each character fulfilling what we’ve already seen, moving into the places they were in the previous two seasons, it all fits together really nicely, and shows just how well-crafted it’s all been.

If there’s one real standout from this season, it’s Martha, played by Lisa Vicari, who in previous seasons spent most of her time just being the love interest for Jonas. But with the idea that, in this other universe, she’s essentially the counterpart to him, with a story arc that becomes just as convoluted and interwoven, the actress is given so much more to do. Whereas the previous two seasons were more fluid in how they switched between different arcs, this season is absolutely all about Jonas and Martha, and their relationship, and as a result the emotional beats hit that much harder when they come along. Martha goes from someone who seemed pretty secondary, to one of the main players on the board, and this idea that the two of have shared much the same path across two different worlds is just a beautiful one.

But perhaps the best takeaway from this season is that, after following so many different story arcs play out, after hearing time and time again that the events taking place can’t be changed – the resolution at the end does work. As noted, the final twist could be said to come a bit out of nowhere, revolving as it does around a character we’ve not even seen properly since season 1. The way it results in the complete negation of time travel, and therefore any of the events in the show, might, in other hands, have come off as a bit too easy – almost like saying it was all a dream. But this is never really the case here, because the characters still find themselves having to make a real sacrifices for this to come about.

In the end, not only do Jonas and Martha arrange things in such a way that neither of them ever existed, but, because of what we’ve discovered through the course of the show, neither do half the characters we’ve met. The scenes where the two see the child versions of each other in the ‘time tunnel’, where they slowly fade into nothing, and where we see Hannah recognising that coat, and thinking ‘Jonas’ is a beautiful name for her kid – all work really well, and makes for such a bittersweet ending. The characters left in the final scene have all been spared the much grislier fates their alternate selves get dealt, so much horror has been avoided, and yet for this to be the case, so many others no longer exist. And that track by Nena, from the very first episode, is the perfect one for the final cycle to end on.

For me, the first season of Dark is still unsurpassed, if only because I went in with very little idea of what to expect, and ended up completely blown away by what this story about a missing child ended up transforming into. The two seasons since were a bit more predictable, touching on a lot of the same beats – nevertheless, its still, without a doubt one of the most consistent, high quality TV shows to come along in recent years. It’ll be a huge shame if it ends up getting forgotten about by English language viewers, because this really is something which should be seen by everyone. There’s little to rival it when it comes to how it develops its own plot, and I expect it’ll be a while till we see anything else even half as unique or clever as this. 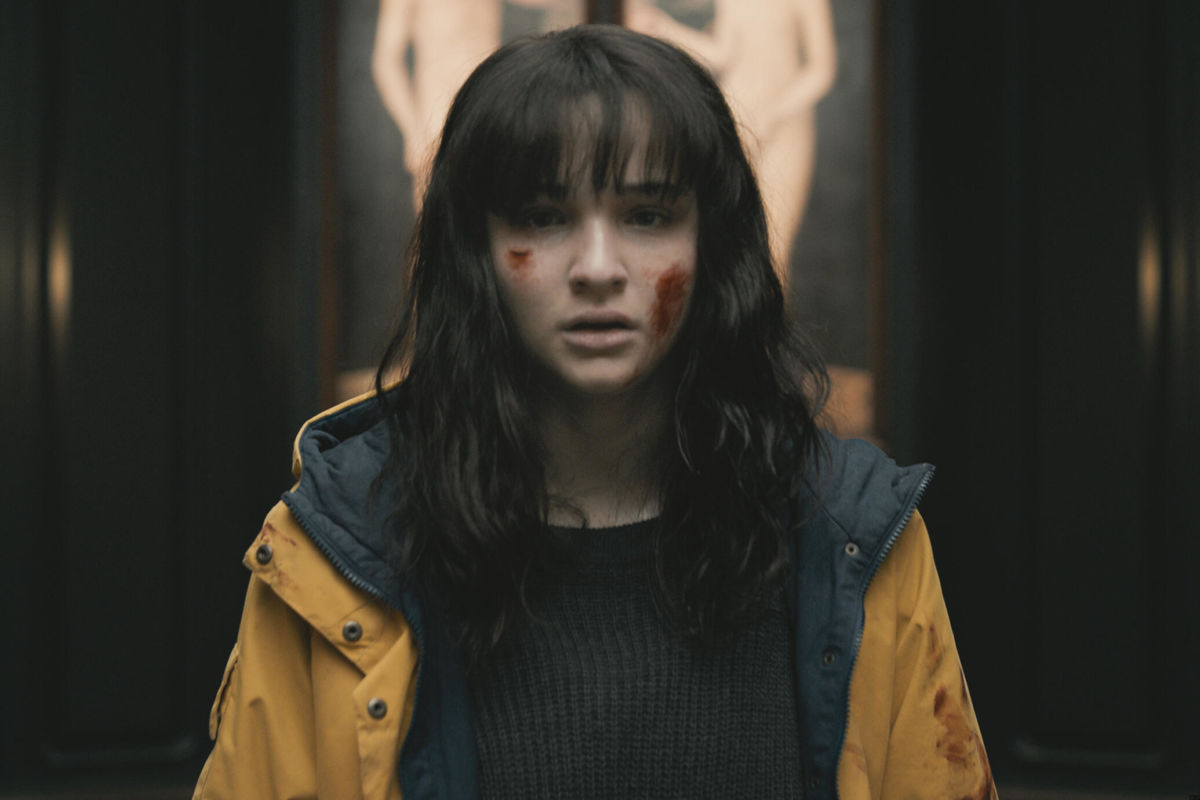 Verdict
A series that will be sorely missed by fans, Dark bows out on a high with its third season.
9
Cultured Vultures is a pop culture website established in 2013 covering all things gaming, movies, and more. We eat your words.
All The News On The Biggest Games