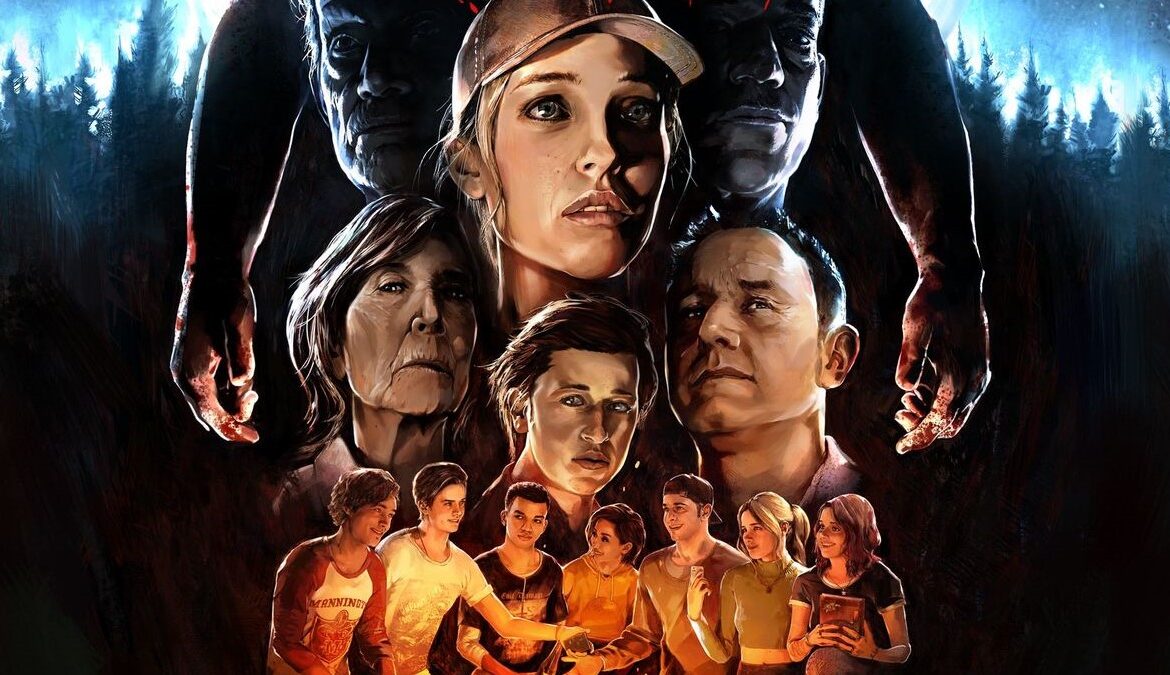 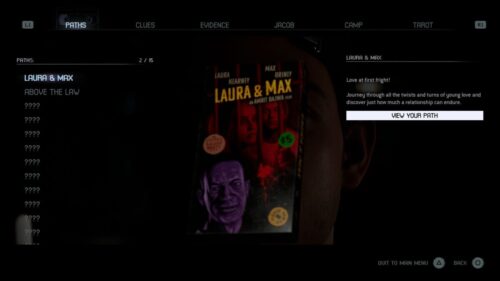 Supermassive Games is back to provide the fun, scares, and mystery again, so this time they’re taking us all to summer camp in Hackett’s Quarry. While The Quarry has some rough edges, the game is at its best when the player doesn’t mind going with the flow, bumps and all.

After an excellent intro that sets the mood, a group of camp counselors are sending their last batch of screaming kids back home and lamenting the end of another great summer. Having taken in tons of swimming, singing, ghost stories, summer flings, and all of nature’s splendor, the teens are ready to get their phones back and rejoin civilization, save for one. He commits a dickish, yet mostly harmless, act of sabotage that perfectly sets up the group for spending one last night partying by the fire, but in classic movie fashion, they all split up and encounter the nightmares that await them under the full moon.

The player takes control of several counselors across ten chapters, making decisions about dialogue, helping to shape their personalities, directing some of the basic actions, performing QTEs, and occasionally saving a life or two. The game doesn’t control in the most precise way, as sometimes it feels like button presses don’t register, however, everything is easy to pick up with a little practice.

Your decisions open up new paths and they can be checked out – along with other collected items and evidence – in the menus, but these specifically show up as VHS tapes with their own original art, which is fantastic. There are also Tarot cards hidden in the game that, usually, require the player to walk to a certain spot with some exploration and press a button when it becomes visible. They might be annoying to find, but some are rewarding and helpful, while a few are too hard to decipher to be considered useful.

The environments are fun to explore and are well-constructed from an artistic viewpoint, but mechanically these sections can be mildly frustrating. Most of them suffer from a lack of interactive parts or areas that look appealing but are simply dead ends, In some cases, there are too many things to select so close together, so trying to look for hidden objects or quickly run up to something makes for wasted time accidentally triggering the wrong point of interest. Exploring these areas can be exciting, but also stressful due to the fear that you might trigger a big scene before being done looking at everything or that something went unnoticed because of lighting or camera angles.

The Quarry’s environments look great for the most part, with some wonderfully executed scenes, not just in textures, contrast, and lighting, but how everything blends together. With that said, there are also a ton of things to spot when changing scenes that can break the immersion. Some graphical layers take an extra second to load in and parts of the water effects look unfinished. Meanwhile, one of the books on the shelves is misspelled as “Blood Catsle,” and there is a horrible motion blur as well as artifact ‘auras’ around the characters, especially when moving the camera too fast.

The real problem here is the character models themselves. It’s nice to see that they look close to their real-life counterparts, but I doubt that any of these actors’ necks crane the way they do in The Quarry. It’s even more distracting when trying to move quickly through one of the indoor areas. It almost appears like the mocap is slightly off for some characters, while hair and eyes do weird jolting motions and mouths move awkwardly across a face that can’t keep up with the expressiveness they wanted to show. Some quick scene changes also cause the character models to look like they’re dropping into frame or simply don’t belong with the backgrounds, but it’s over quickly when it happens. Perhaps I simply fell into the uncanny valley myself, but these things stopped bothering me after a few hours of gameplay.

A lot of small gripes, but The Quarry is too enjoyable to be bad. The game is self-aware about some of its goofier tendencies, almost winking at the camera in a few moments. A more consistent tone would have helped, but even the hokey parts feel genuine with how excellent the voice acting is in The Quarry, accompanied by a cast of standouts for anyone who consumes a good bit of media. That’s not to say there aren’t a few lines that feel like they could have used another take, but even with that, I wanted more time with each character.

Horror fans will get the references, as blatant as mentioning Evil Dead right after meeting Ted Raimi and as subtle as David Arquette’s theme music sounding very similar to his character’s motif in the Scream films. It has hints of classics like Friday the 13th, Nightmare on Elm Street, and Texas Chainsaw Massacre, mixing vibes and throwing in a solid monster transformation effect to keep players smiling through all the ups and downs.

For as much as there is to like about The Quarry, it’s disappointing to see an albino take on the bad guy role once again. People like me are always villainized in horror movies, but what are you going to do — pale people are freaky, I guess.

I was awarded the best ending my first full time through, which isn’t hard, but the game almost tricks you into making a couple of mistakes for thinking more like a movie and less with common sense. If you mess up, there is a lives system that gives the player another chance to make things right and try not to lose a character this time. Be careful with this, as sometimes it rewinds the game by five minutes, or in one case for me, by almost forty-five, and there are no skipping scenes. There is also the issue that at one point I thought the best way to get two characters to meet was to fail at something on purpose, and though I never pressed anything, I still succeeded in the action. This is done for a narrative reason, but it also kills any last remnants of feeling like the player’s choices truly matter.

There are some helpful menus and options available. Everything seems easy to navigate with some basic subtitle choices, but by far the most interesting addition here is a separate font for people with dyslexia. Since The Quarry uses a lot of QTEs, there are several ways to help players with those as well as an aim assist and colorblind settings, in the hope to make sure everyone can experience the story. If the gameplay just isn’t the interesting part for someone, however, there’s even a Movie Mode that simply shows the important parts without having to pick up the controller.

The Quarry is incredibly entertaining and a blast to go through. Even with a list of small flaws, I still can’t wait to go through again and unlock some more of the 186 endings, as well as numerous death sequences. I’m not sure how much of that majestic sheen will still be there after multiple playthroughs, but I’m going to find out. Summer camp was never this thrilling when I was a kid.

A key was provided by PR for the purposes of this review. 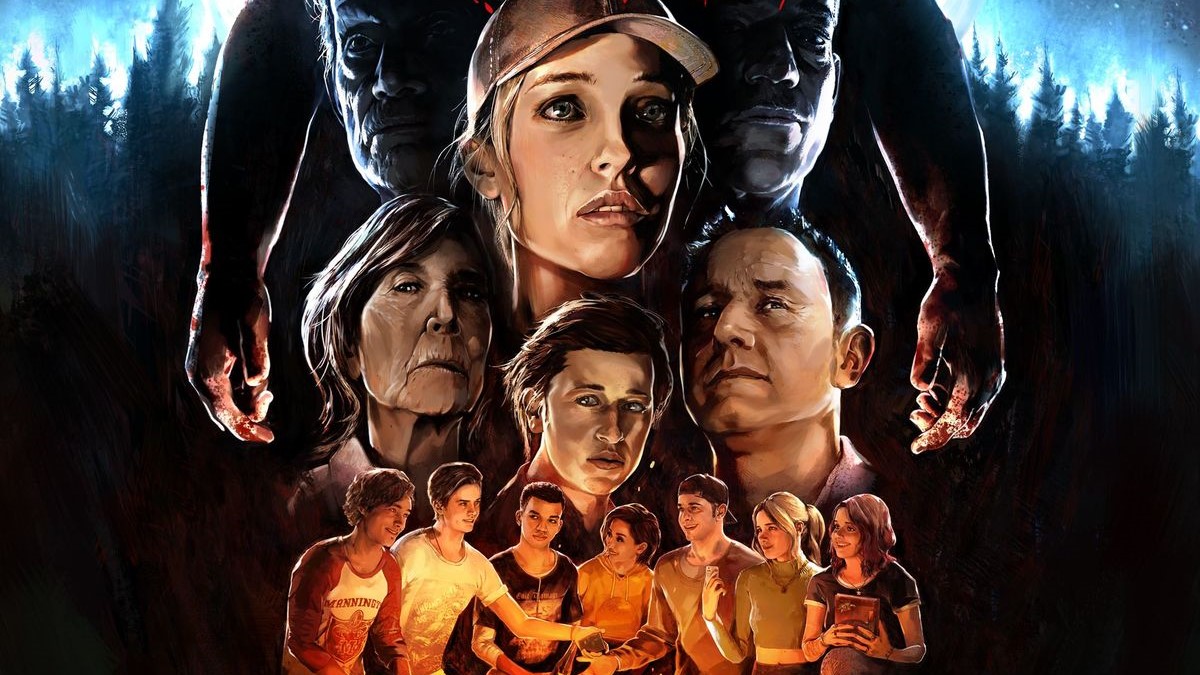 Verdict
The end of summer brings about an incredible narrative adventure with some limited choices, but there’s a lot of tension and excitement waiting in most scenes. There is a litany of small problems, but they don’t stand in the way of a wonderful experience.
8
Cultured Vultures is a pop culture website established in 2013 covering all things gaming, movies, and more. We eat your words.
All The News On The Biggest Games