Which NJPW Wrestlers Could Join Will Ospreay’s New Faction?

Who's getting elevated to the sky?

On the back of betraying Kazuchika Okada, Will Ospreay has the chance to transition into the main event scene of New Japan by building his Empire. With his partner Bea Priestley and returning from his excursion, rising star, Great O-Khan in tow, the future looks very bright for the Brit.

Who will he invite into the Empire in order to reach the main event level?

Perhaps the obvious choice, Ospreay’s tag partner is seemingly set-up to be a key part of the faction as its lead Jr. Heavyweight. Eagles and Ospreay formed their alliance in June 2019 when the Australian finally accepted Ospreay’s invite into CHAOS. However, having competed in only one Super Junior Tag League and challenged for the IWGP Jr. Heavyweight Tag Team Championships once there is so much left for the Birds of Prey to accomplish together.

Could NJPW really throw this away, and not let Eagles return to Ospreay’s side?

Now Ospreay has been elevated to the Heavyweight division, the team wouldn’t be reunited in the Jr. division, however there are of course the NEVER 6-man titles that make this a possibility. With the spotlight placed on the belts this summer, it is possible that Ospreay and Eagles could join forces in chase of these belts.

Each faction needs a top Jr. Heavyweight – Taiji Ishimori, El Desperado, Hiromu Takahashi, SHO – and Ospreay’s Empire will be no different. Robbie Eagles is the perfect candidate for this as he hasn’t had this limelight before, yet he is more than capable of having this weight placed on his shoulders.

Importantly, it makes great storyline sense for Eagles to defect to Ospreay’s faction, as they have that history together from their feud and eventual joining of forces. Could they now come together as heels to raise the new group? 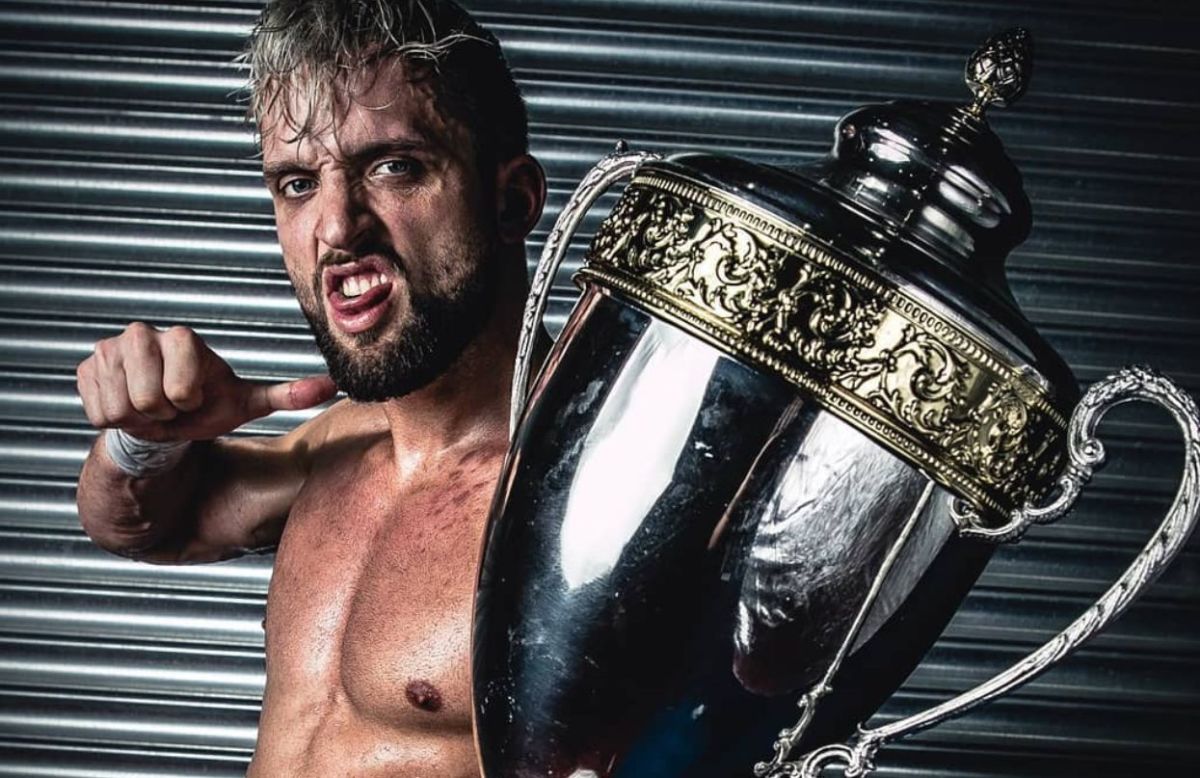 Another candidate for Jr. Heavyweight star of the faction is Will Ospreay’s bitter rival of late 2019 – El Phantasmo. Predictability is good when it is logical, but a swerve will leave an impactful message for the faction to grow into a formidable force in multiple divisions of NJPW.

El Phantasmo has the potential to be a top Jr. Heavyweight heel in New Japan if he refines his act, pride of place in a faction’s Jr. heavyweight ranks could help him achieve exactly this. I see a future where Ospreay and ELP bounce of eachother well in inter-factional multi-man tag matches – but is ELP a better option than Robbie Eagles?

Both Eagles and El Phantasmo have recent history with Ospreay, Eagles feuded with him before they joined forces – could this be the fate of ELP as well in the coming months (once he has returned to Japan)?

Rumoured to be the original enforcer for Ospreay by Dave Meltzer, before Great O-Khan took the role, Jeff Cobb could still have a place in the faction.

Cobb is seemingly directionless in New Japan at present, so a new coat of paint, in a new faction, with new ambitions, is exactly what he needs to excel in NJPW. In my opinion, Cobb was presented best in the couple of weeks he acted as Chris Jericho’s enforcer in AEW, so a similar role over in Japan will elevate his status with the Japanese audience as well.

The aim of any faction should be to elevate every member – this is something Cobb is in desperate need of after a lackluster G1 performance – and Ospreay’s group can most certainly offer him this. If the Hawaii native did jump ship to the Empire he would be given the spotlight as a key heavyweight star of the faction (working as second best in the faction to the leader himself). This is what he needs to find his own lane within the company.

With his best work of recent years against guys like Tomohiro Ishii and Minoru Suzuki, Cobb could certainly make himself a main-stay in the NEVER division by aligning himself with the ever-rising Ospreay.

Perhaps slightly left-field, but stick with me, it works.

As I mentioned, Ospreay stabbed Okada in the back to build his Empire from the ground up. This storyline would be paralleled by David Finlay stabbing Juice Robinson in the back to join forces with the ‘Aerial Assassin’. Therefore, creating important common ground between the faction members, which means the stable has a great sense of unity, which makes sense from a storyline perspective.

Also, this allows Juice Robinson to delve into an interesting storyline – something he hasn’t had since his substantial feud with Jon Moxley last year. Juice looked like he was there to make up the numbers in this year’s G1 Climax, very disappointing considering the great past couple of years he has had in the company.

David Finlay himself hasn’t had a really investible storyline in NJPW, so a rivalry with tag-team partner turned rival is a textbook way of creating excitement behind him, Juice and the faction as a whole, by association.

Ospreay will of course be the headline heavyweight of the group, but he needs others to supplement this underneath him. O-Khan (or Cobb) play an important role as the faction’s “big man” enforcer type, as Finlay would be lifted to a higher level in New Japan by a role in the faction’s, while also filling a gap in the Empire. 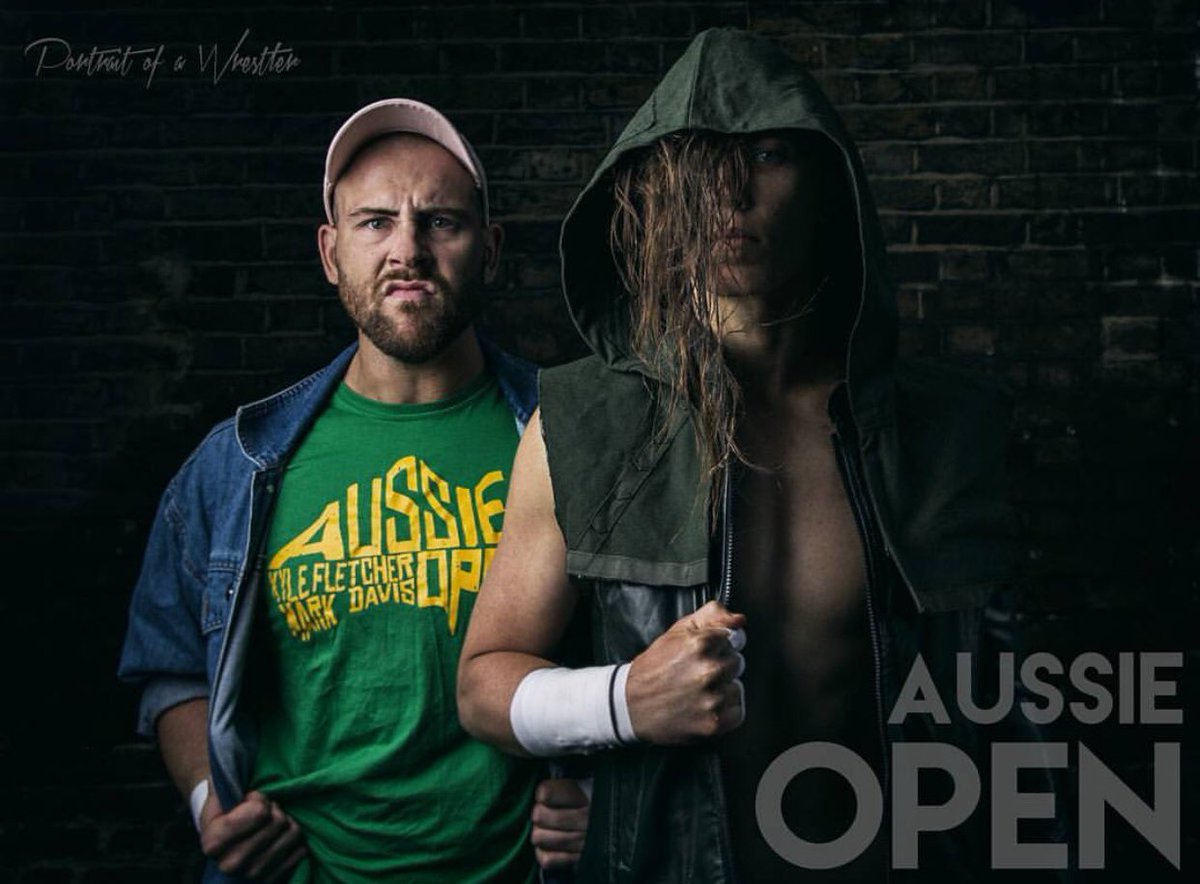 With only one match under their belts in NJPW (a losing effect to GoD at Royal Quest last August), Aussie Open are a hot property that the company could pick-up and stick straight into Ospreay’s fledgling faction.

Mark Davis and Kyle Fletcher could add a serious tag team to the roster, rather than the combination of two singles wrestlers put together for a short to medium-term run. This has been working wonders with teams like the Golden Aces and Dangerous Tekkers bringing the Heavyweight tag division to a lofty level, but a pair of wrestlers who are primarily tag team wrestlers would be a nice addition to the division.

A star tag team is a must have for Ospreay’s new faction as it provides a viable way of getting gold (or tournament trophies) against their names in order to become a faction on-par with that of the current roster.

Another major positive of adding Aussie Open to the faction, is that they would be new to the majority of the audience. This would put an undeniable buzz around the faction as it welcomes fresh faces and possibilities into New Japan – which in turn makes the group a much more exciting commodity to keep an eye on as it grows over the coming years.

Do you agree with my suggestions, or is there someone else you think Will Ospreay should recruit to his Empire?