All hail the brilliance that is Burton. 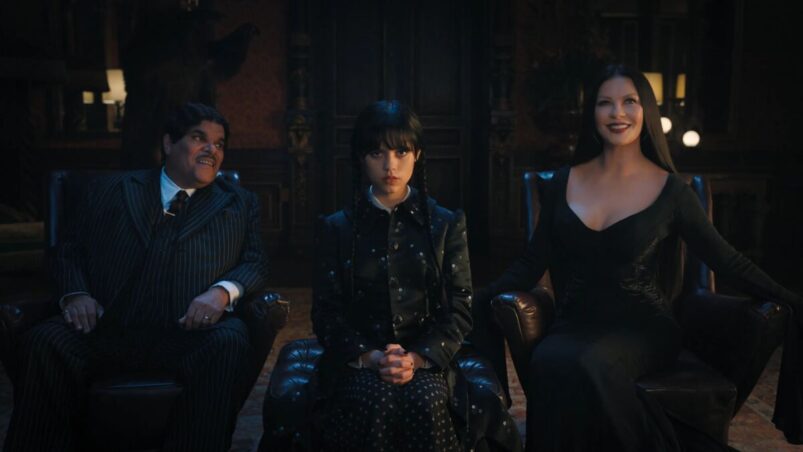 Netflix’s new comedy drama gives iconic gothic teen Wednesday Addams her own show under the watchful eye of the legendary Tim Burton, who executive produces and directs four of the eight episodes. Bringing a modern spin to the intricate character, Wednesday comes equipped with a riveting storyline, a compelling cast, and twists and turns throughout, all in classic Burton fashion.

Our story begins at Nancy Reagan High School where we are immediately captivated by Wednesday (Jenna Ortega). Her dress palette is dark, but this is of no surprise, as we know what to expect from her style. As she walks down the school hall, she turns the heads of all the students who, on the contrary, are dressed in bright, boastful colors. But amongst them all, she stands out and all eyes are on her. She’s bold, she isn’t afraid to be different, and she’s ready to take revenge on the bullies who heartlessly enclosed her brother Pugsley (Isaac Ordonez) into a locker.

Unfortunately for Wednesday, her actions result in her being expelled and shipped off to Nevermore Academy, a boarding school for misfits. As former students of the prestigious institution, Morticia (Catherine Zeta-Jones) and Gomez (Luis Guzmán) think their beloved daughter’s quirky personality will be a perfect fit for the school, but instead, she feels even more isolated amongst her new peers.

Though at first glance Nevermore seems a dull place she can’t wait to rid herself of, unexplainable events grab the attention of our whimsical protagonist. Wrapped up in a world of mystery and hungry for answers, Wednesday makes it her mission to unveil the secrets that plague this unfamiliar place she now calls home.

Jenna Ortega is exceptional as Wednesday, and I would expect no less from such a talented actress who has built up quite the resume over the last few years, notably in the 2022 Scream sequel and the horror film X. Our leading lady is a rather complex individual, and Ortega’s ability to depict each of her characteristics so effortlessly and with such conviction is impressive. Wednesday’s deadpan humor is part of what makes her so entertaining and comedic to watch, and Ortega knows her subject, hitting every mark.

The Addams Family are certainly recognizable, but rather than creating carbon copies of their successors, each actor has their own character vision. Zeta-Jones brings elegance to Morticia and successfully captures a loving mother eager to connect with her teenage daughter. When it comes to playing Wednesday’s father, Guzmán takes a subtle approach. Gomez is a kind soul who will do anything for his family, but the performance is underwhelming, partnered with a lack of chemistry with Zeta-Jones that leaves more to be desired.

The family’s unmistakable theme song is absent, further individualizing this adaptation, with composers Danny Elfman and Chris Bacon delivering the score. Whether spooky, sincere, or mischievous, each track perfectly encapsulates Wednesday’s world at the appropriate moment, with the main title being a standout.

At Nevermore, various outcasts with differing personalities surround our central figure, adding balance and intrigue. Enid (Emma Myers) is Wednesday’s upbeat dorm roommate. She is polite, welcoming, and eager for her friendship, and Myers nails the role of a young woman seeking the approval of those around her. Another student, Joy (Bianca Barclay), is full of confidence and quite the match for Wednesday, clashing with our protagonist from the moment they meet. Barclay perfectly crafts the rival who doesn’t want her toes stepped on by the new kid on the block.

Christina Ricci is cast as Ms. Thornhill, a teacher and dorm mother at Nevermore, who is the only normie among the school of misfits. As a fan of Ricci’s portrayal of Wednesday in The Adams Family and Addams Family Values in the 90s, her presence feels surreal in an adaptation centering around a character she once played. Nevertheless, she excels in a contrasting role as the happy-go-lucky Thornhill, and her pleasant persona delivers.

Wednesday’s love interest Tyler (Hunter Doohan), who works at the local coffee shop, brings out her softer side, which is new territory for the character. Doohan excels at capturing the friend-zoned suitor who is doing everything in his power to get more in return from his aloof crush, and Ortega perfectly grasps said crush who is interested but reserved, not wanting to show all her cards right away.

But two of the most enjoyable performances come in the form of Gwendoline Christie as Principal Larissa Weems and Fred Armisen as Uncle Fester. Armisen embraces the fun-loving energetic and upbeat uncle, while Christie sells a well-put-together principal who adores Nevermore and is eager to protect her student misfits.

One of Burton’s biggest focuses when creating a fantasy world is to symbolize each outcast through their dress sense, with Wednesday being no exception. As a long-standing collaborator of the directors, Colleen Atwood manages the costume design and is no stranger to Burton’s preferences, working with him on Blockbuster films such as Edward Scissorhands and 2010’s Alice in Wonderland.

Though Wednesday’s wardrobe is drab, Atwood balances a contemporary gothic look with a modern-day spin flawlessly. For Morticia, form-fitting long dresses are used to show off her confidence and beauty. Enid’s wardrobe embraces colorful patterned clothing to reflect her vibrant personality. Gomez’s striped suits portray an outcast who isn’t afraid to draw attention to himself, and the immaculate sophisticated look of Principal Larissa Weems captures someone who desperately wants to reflect an authoritative and orderly presence to outsiders.

Burton’s vivid imagination brings us all manner of excellent mood-setting. The cinematography is distorted to emphasize a spooky world surrounding the characters and the secrets that lie within it, with each location oozing with mystery. From the foggy skies surrounding Evermore to the dreary woods the monster inhabits, Burton perfects every detail, and the narrative draws you in.
Burton’s gothic signature style centering around outcasts is what makes his films so unique, so it comes as no surprise that the legendary filmmaker collaborated with the creators of Wednesday, Alfred Gough and Miles Millar.

There have been plenty of high school coming-of-age television shows over the last decade, but Burton delivers an inviting fantastical world full of outcasts and a mesmerizing protagonist amid a murder mystery. Each characters’ role, even if small, holds a purpose in a tale beaming with subplots and surprises, and Burton and Wednesday together are a recipe for success. 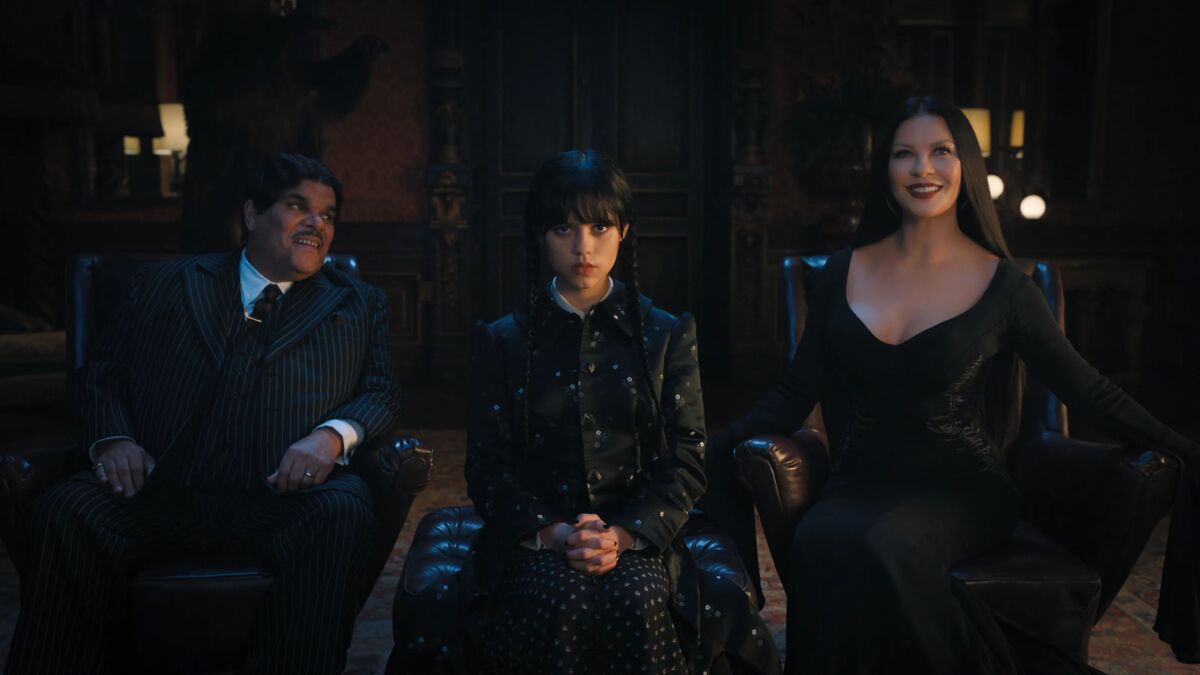 Verdict
Burton offers us a chilling modern gothic tale packed with mystery, while Ortega shows she’s a force to be reckoned with as our leading lady.
7.5
Cultured Vultures is a pop culture website established in 2013 covering all things gaming, movies, and more. We eat your words.
All The News On The Biggest Games