WARNO Has A Bright Future, Despite Its Rough Edges 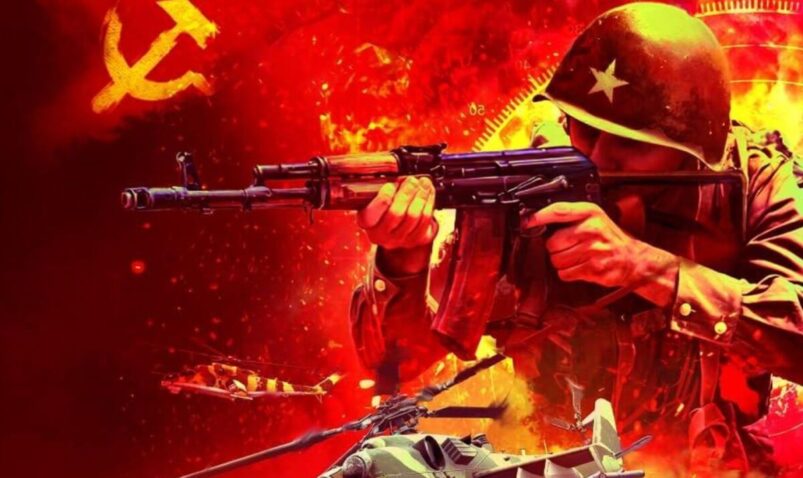 While not the biggest strategy game developer out there, Eugen Systems has certainly been ahead of the curve when innovating on real-time strategy game design. The Wargame and Steel Division series have been the most formative for the company over the past decade, with the former introducing the signature tactical gameplay loop, while the latter iterated on key quality of life features. Eugen’s WARNO aims to bring together the best parts of both franchises and write a new chapter in quality strategy gaming design.

WARNO is a real-time tactics game with an emphasis on large-scale and engaging battles in both single and multiplayer that includes a robust deck-building system that can easily count as a separate mini-game. At its core, it deviates little from its predecessors, which will make Wargame and Steel Division veterans immediately familiar with the game’s flow. However, WARNO, even in its rough current state, sports a number of exciting elements that hint at the game’s awesome potential.

The biggest point of attraction is the refreshing return to the Cold War-gone-hot backdrop, itself an underutilized yet mechanically rich and engaging setting. Aside from a few rare exceptions, the Cold War has mostly been dominated by simulation wargames, a niche subset that doesn’t exactly boast the best accessibility, though this seems to be evolving in positive directions.

Aside from the obvious excitement coming from the counterfactual “what if the Cold War went hot” scenario, this setting is also a gold mine for deep tactical gameplay that’s unlike many strategy games of a similar style, thanks to the units and weapon systems of the time period. There are, of course, shiny and impressive tanks, but it’s really the presence of deadly anti-tank guided missiles (ATGMs), infantry fighting vehicles, helicopters, and an expanded arsenal of ammunition types that really gives this era of combat a distinctly complex and dynamic style.

Many vehicles in WARNO are now equipped with short-range smoke launchers, which gives players more tactical options for protecting their forces, especially against ATGMs. This addition is both thematically sensible and tactically interesting.

Airplanes received a significant rework in WARNO, the first of which is an increased range of speeds for different airframes. For example, close air support planes, like the A-10 Thunderbolt, are quite slow yet maneuverable, while the MIG-31 Foxhound as an interceptor is blazing fast but has difficulties in lengthy dogfights.

This modular approach to speed means airplanes will have more defined battlefield roles and will require a wider range of tactics and player skill to use effectively. Closely tied to speed, planes now have a travel timer when en route to the battlefield, which incentivizes forward planning and more loitering for greater battlefield presence.

A departure from the Steel Division series is that control zones make a return as the main victory condition in WARNO’s intense battles. Players will need to utilize leader units to claim these zones to earn victory points and ultimately prevail. The shifting frontline system still exists when opposing leader units claim the same control zone, though it isn’t as prominent of a system as in Steel Division.

The result of this shift is that battle lines become more porous, opening possibilities for sneaky maneuvers and surprise attacks, as there’s no frontline to act as an artificial reconnaissance tool. Maneuver warfare and ambitious tactics definitely seem to be the name of the game for WARNO – a welcome state indeed.

It wouldn’t be a modern Eugen strategy game without a robust deck-building system, which makes a welcome return in WARNO. This time the system is actually closer to Steel Division’s approach where players will compose their troop formations from historical divisions or army formations, giving each battlegroup a distinct tactical identity and playstyle due to division-specific unit selections.

WARNO’s presentation is almost just as good as the foundational gameplay loop. The developers have clearly spent extra attention on improving the graphics and audio, with maps looking especially vibrant and crisp, while aircraft have suitable air-shattering engine roars that bring each match to life. The UI is more stylized, but unfortunately feels clunkier and more finicky than even Steel Division 2’s interface, so there are clearly areas for improvement and optimization.

Speaking of which, WARNO has a number of issues that give it both a rough and raw quality in its current Early Access state. Online games aren’t the most stable, a number of unit commands are buggy or don’t work at all, and unit balancing isn’t quite there yet. However, the advantage of Early Access is that most of these annoyances should be addressed by the game’s full launch.

The biggest issue for WARNO currently is a significant lack of content, even in comparison to other Early Access launches like Age of Darkness or Wartales. There are only four maps, two divisions, no tutorials (aside from an incomplete manual), and one game mode for single and multiplayer, which is enough to last, perhaps, about a week of focused gameplay before exhausting what the game has to offer. The developers have already indicated that they will aim for content updates on a weekly basis, so this issue should be remedied soon.

Ultimately, WARNO is looking to be a welcome return to the Cold War setting with lessons learned and quality of life features from both Wargame and Steel Division series. While the lack of content and suspect technical aspects make WARNO feel more like a demo or an early beta test, it already shows potential for a bright future, especially since it’s got a strong foundational gameplay loop almost down to a tee and a smorgasbord of impressive features in the pipeline. For now, it’ll be interesting to observe WARNO’s development and how successfully content updates gel together once it finally releases.