Safe start, but with room to grow. 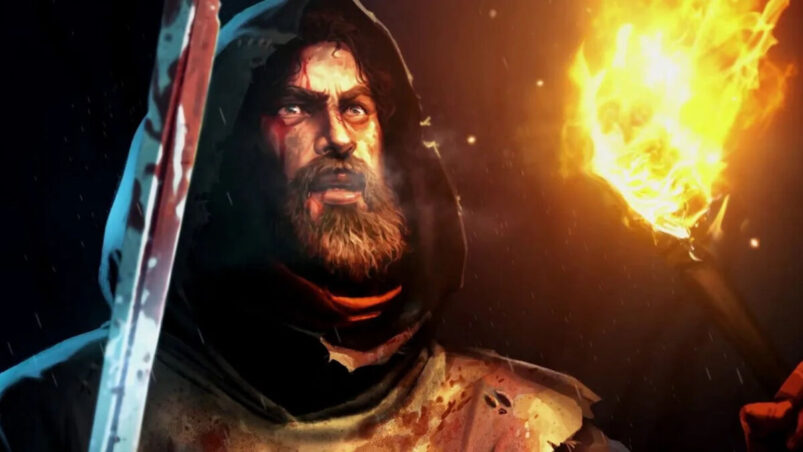 Survival strategy games are a relatively new, hot strategy subset that’s ripe for exploration and innovation. Numantian Games’ They Are Billions really was a watershed moment for these types of strategy games but now we’re seeing new projects come to the fore. PlaySide’s Age of Darkness: Final Stand is poised to follow in its spiritual progenitor’s footsteps with an exciting Early Access release and content plan, but some points are cause for a dose of skepticism.

In Age of Darkness: Final Stand, players take command of the last bastion of humanity in a dark fantasy world beset by a mysterious and sinister force called the Veil, which brings with it a horde of terrifying creatures like ghouls, ghosts, apparitions, spectres, and many other creepy threats. The player’s goal is to stand firm against the Nightmares, survive, and find a way to finally bring an end to the constant suffering.

Survival strategy games certainly have an exciting and tense premise at their core, due to the mixture of classic RTS, tower defence, and management game systems. Age of Darkness encapsulates that solid baseline with its interesting dabble in a more horror-centric strategy game.

The greatest potential for Age of Darkness lies in its setting and how it could lead to fresh game design features and mechanics. Most of the enemy types are pretty basic in their design, but there are a number of more unsettling foes that show the game’s potential for added nuanced to the ghoulish threat. The dark fantasy setting is where the game can really shine in how it deals with magic and the appropriate tools players have at their disposal.

From a mechanics and features standpoint, Age of Darkness goes for the tried and true approach to the budding survival strategy formula, which does lead to some of the more innovative ideas feeling not quite as impactful as they seem to be intended. Building construction and research upgrades are the most explicitly simple in their progression, with each new tier of structures requiring rarer and harder to obtain resources, forcing the player out of their secured territory and into the dark unknown. Granted, this necessity to range out and secure new areas to expand adds a level of tension not found in many strategy games, as a horde of Nightmares can be just right around the corner.

There are three systems in Age of Darkness that really have the potential to shine given enough development to explore them in-depth. The included day-night cycle adds an ebb-and-flow to the game where during the day enemies are depowered and slow, while during the night Nightmares increase in strength and power, with elite Nightmares popping up to defend special locations. This does add a kind of push-and-pull dynamic as players prioritize fighting during the day and leaving nights for defence or for risky scavenging expeditions.

However, this system feels like it only really affects the basic horde Nightmares in only minor ways. It feels like nighttime lacks several additional levels of effects that would make not only the pivotal Death Nights when the hordes come knocking even more riveting, but also make venturing out riskier and more rewarding. For example, the night could ramp up Nightmare spotting range and aggression to lead to mini-hordes forming prior to the titular Death Nights.

An interesting addition to Age of Darkness is the inclusion of heroes: powerful single-entity units that can take on small forces of Nightmares all by their lonesome. In the current build, only one of three heroes was available for gameplay.

It doesn’t seem that heroes have much of a strategic impact on how the core systems play out and instead act as a way for players to fulfill their super-soldier paladin power fantasy. Heroes could be a great opportunity to really accentuate different playstyles by adding unique hero-specific units, structures, and even resources.

The third system up for discussion is horror and fire, the former acting as a negative status effect cast by Nightmares and the latter having a cleansing effect on friendlies and used in special structures to damage enemies. With Age of Darkness leaning into the horror side of things the actual Horror mechanic feels like it needs a facelift to add an additional layer of danger and management to the player’s troops.

Admittedly, there’s one system which definitely adds to the survival strategy experience, and that’s the inclusion of a unit skill upgrade feature. This lets players tailor their forces to their needs and respond to the evolving situation. The skill system currently has the greatest potential for replayability, but even now it shows some signs of weakness as it’s too easy to find an optimal upgrade path for a particular unit class and stick to it.

From a technical standpoint, Age of Darkness worked smoothly without a hitch and seems to be well optimized and bereft of any major bugs. Graphically, on the other hand, the game could do with some color work as night time in particular can blend the game into a big mess of ghoulish blue, dark blue, or even black to the point that it’s hard to discern terrain and different enemy types.

The UI is also critically lacking in tooltips and what tooltips there are have some confusing language, like the siege engine upgrades referring to movement speed, despite all siege engines being immobile tower installations. The odd language choice simply adds unnecessary confusion to something that needs to be understood quickly. The camera also feels limited without rotation capability or additional zoom functions, making it annoying to place buildings behind covering terrain and making the game feel unimpressively small-scale, despite the premise of fighting giant hordes consistently.

Altogether, Age of Darkness: Final Stand finds itself in an interesting position. Its current Early Access state and content availability is admirable as it feels almost like a complete game with a solid baseline from which to jump off and create something fresh.

On the other hand, Age of Darkness feels almost too safe and too foundational in its systems and purported innovations that it risks becoming a one-trick pony piggybacking off the success of more notable titles. However, it’s definitely worth watching how this one develops, especially if the developers take the opportunity to flesh out Age of Darkness: Final Stand throughout its Early Access lifespan and find ways to play with survival strategy tropes.

An early access code was provided by PR for the purposes of this preview.